“We are so thankful for the support you have given us over the past 17 years.” 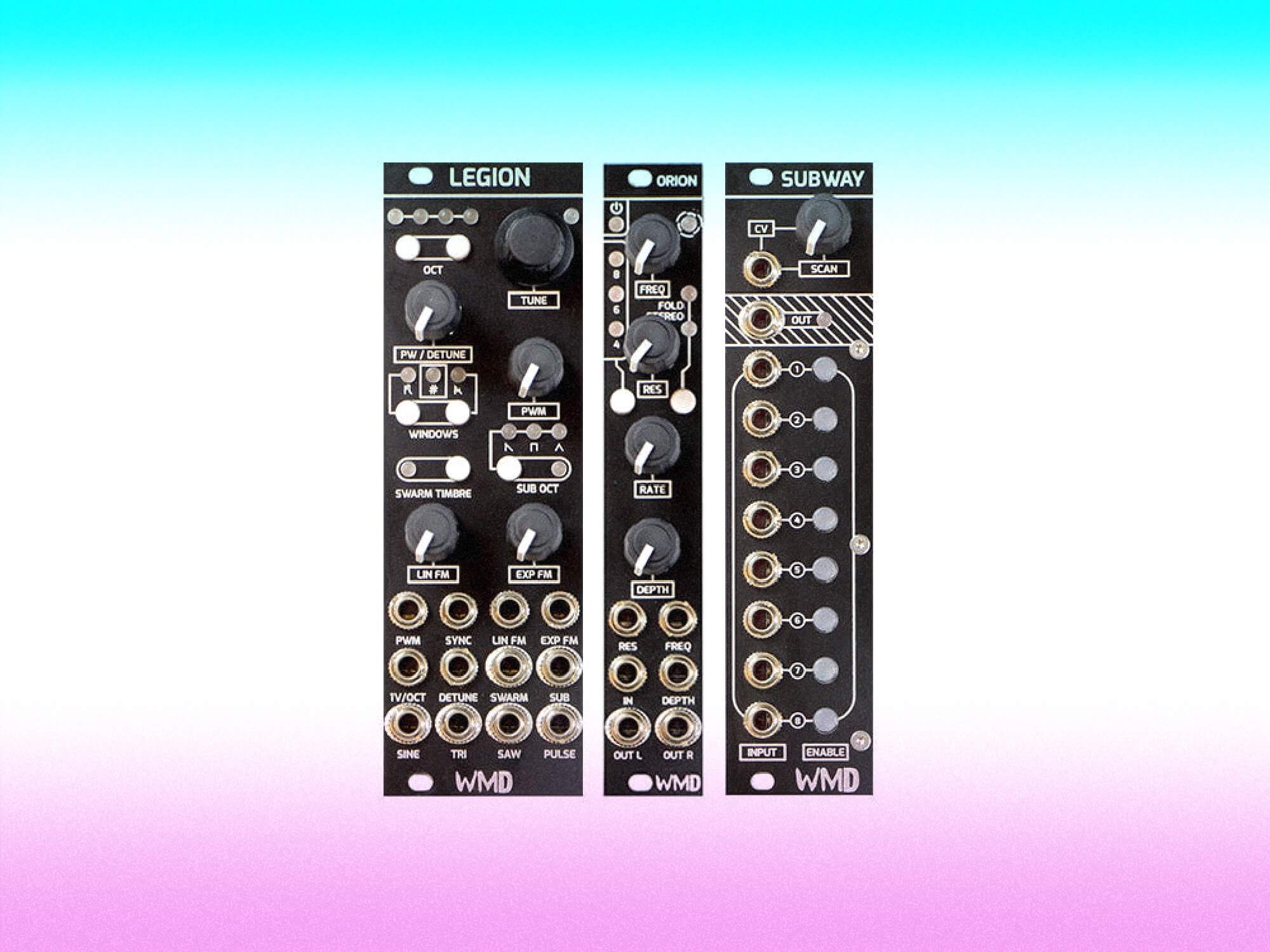 In another sad day for boutique synth companies, American developer WMD has announced that after 17 years of business it will cease operations by the end of 2022.

Posting an open letter to its website, the developer cited tough times and “the state of the world” as the primary reasons behind the decision, specifically referring to increased operating costs combined with an increasingly difficult marketplace.

With the news comes the announcement of three new, last limited-run Eurorack modules. WMD is warning that lead times on the new products will be between three and ten weeks; an apt indication of the state of component acquisition in the industry. Each module will be released as a limited run of 600. “Once they are gone, they are gone,” says WMD, which has brought forth some lauded modules in its 17-year history; including the Chimera percussion synthesizer, Arpitecht rhythmic arpeggio generator and Metron sequencer.

The Subway is a 6HP scanning crossfader, featuring eight inputs and one output. Compatible with both audio and CV, it’s a clever little module that can amalgamate a variety of signals from across your system, cycling through them as slowly or as fast as the signal to its CV input dictates.

Orion is a 4HP analogue phaser with onboard LFO. With adjustable resonance, depth, number of stages and frequency – as well as stereo outputs – it’s capable of anything from smooth, subtle phases to swirling, swooshing space-age soundscapes.

Legion is a SI2130 TZFM chip-based oscillator. It’s fully analogue yet digitally calibrated, so maintains stable tuning much better than many other oscillators of its type. Alongside the classic waveforms of sine, saw, triangle and pulse— and a sub octave to boot— it also has a Roland Juno Alpha-inspired ‘Windows’ section, which places a negative pulse in the centre of a saw wave to create complex overtones. The size of the windows can then be adjusted or modulated with the pulse-width control.

On top of this, all products at WMDevices.com are now retailing at 30% off, with the exception of the Performance Mixer, Metron and three newest products. WMD have stated in no uncertain terms that each purchase helps the company to retain employees until the end of production runs, “helping in their transition to what is next for them.”

The company wrote: “We at WMD are so thankful for the support you have given us over the past 17 years. We’ve been making gear that has pushed the boundaries of electronic music, that’s made its way into the rigs of incredible people we respect, that has allowed them to make music that we cherish, that inspires us to make more gear. A beautiful circle of inspiration and gratitude. So we thank you for helping us manifest our vision.”

The news comes as several developers discontinue products or close their doors entirely due to economic pressures and component shortages.

“Times are tough for everyone. The state of the world has destroyed our sales numbers while operating costs continue to rise. We have many new designs in the pipe that unfortunately cannot be made due to the global parts shortage. Our company is reliant on the development of new innovative products in the hardware realm and we have watched our lead times for parts get pushed back from months to years, and there is no telling if some will actually come. This makes planning for the future impossible, and new product development unfulfilling.

“With the risk of going further in debt with no “end” in sight, we have concluded that the only option is to wind down our production facility, with the plan to close by the end of 2022. We wish that we could keep things going, that we could see another path, but the stress alone has been harmful to our mental health, and our lack of incoming cash is only making it worse.”