Sonos’ smallest and most affordable soundbar is finally here, for real

You’d have to sacrifice built-in mics, HDMI and Dolby Atmos support for the lower price tag. 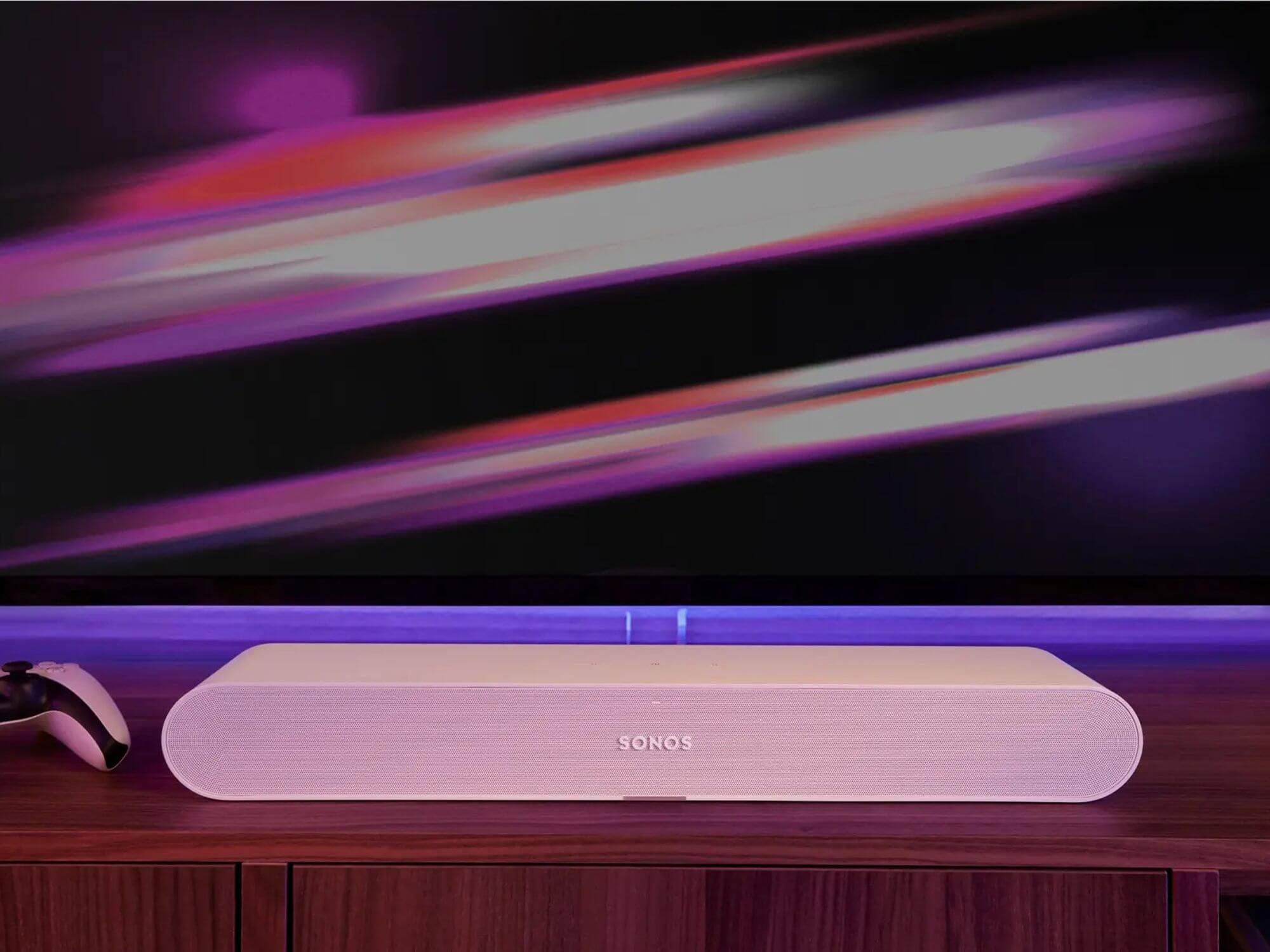 After weeks of teasing, Sonos has finally announced the latest budget addition to its soundbar lineup, the Sonos Ray.

At £/$279 , the Ray is Sonos’ most affordable soundbar offering yet, significantly undercutting the popular Sonos Beam Gen 2 which costs £/$449.

Billed as “a compact soundbar with impressive sound for its size”, the Ray makes for a good first purchase for those who are looking for a simple upgrade from their TV speakers or to dip their toes into soundbar waters.

According to Sonos, the Ray features four Class-D digital amplifiers finely-tuned to work with two tweeters and two mid woofers. The speaker’s proprietary bass reflex system minimises distortion and rounds out low-end frequencies, while the use of fully front-facing acoustic elements minimises interference from nearby surfaces.

Users can place the Ray anywhere, such as on a shelf under their TV stand and still enjoy a highly balanced sound.

The soundbar also comes with custom-designed waveguides that “project sound from wall to wall”, and advanced processing that accurately positions elements throughout your room so you feel like you’re at the centre of the story.

Other handy features include an adjustable EQ, Speech Enhancement mode for clearer dialogue and a Night Sound mode that reduces the intensity of loud effects so you don’t disturb anyone else at home. Like all of the brand’s speakers, the Ray comes with Sonos’ Trueplay feature, which measures the acoustics of the room and fine-tunes the sound accordingly.

The lower price tag comes at a cost though. Certain features present in Sonos’ higher end soundbars such as Dolby Atmos support, built-in mics and voice assistant, and HDMI connectivity will not be available on the Ray. Instead, the soundbar connects to your TV using an optical cable.

Unlike earlier reports which state that the Ray can be mounted vertically on the wall, Sonos has made no mention of that possibility. And while the Ray can be paired to additional Sonos speakers (like the One or Symfonisk) for a surround setup, the Ray itself cannot be used as a surround speaker.

The brand’s latest debut comes in black or white colourway, and will go on sale on 7 June.

Meanwhile, the company has also announced three new colourways for the ultraportable Sonos Roam bluetooth speaker. The Olive, Wave and Sunset versions will be available in the UK from today (11 May) at £179.