Plugin Alliance and Brainworx team up to release the software version of a revered, limited edition mastering tool. 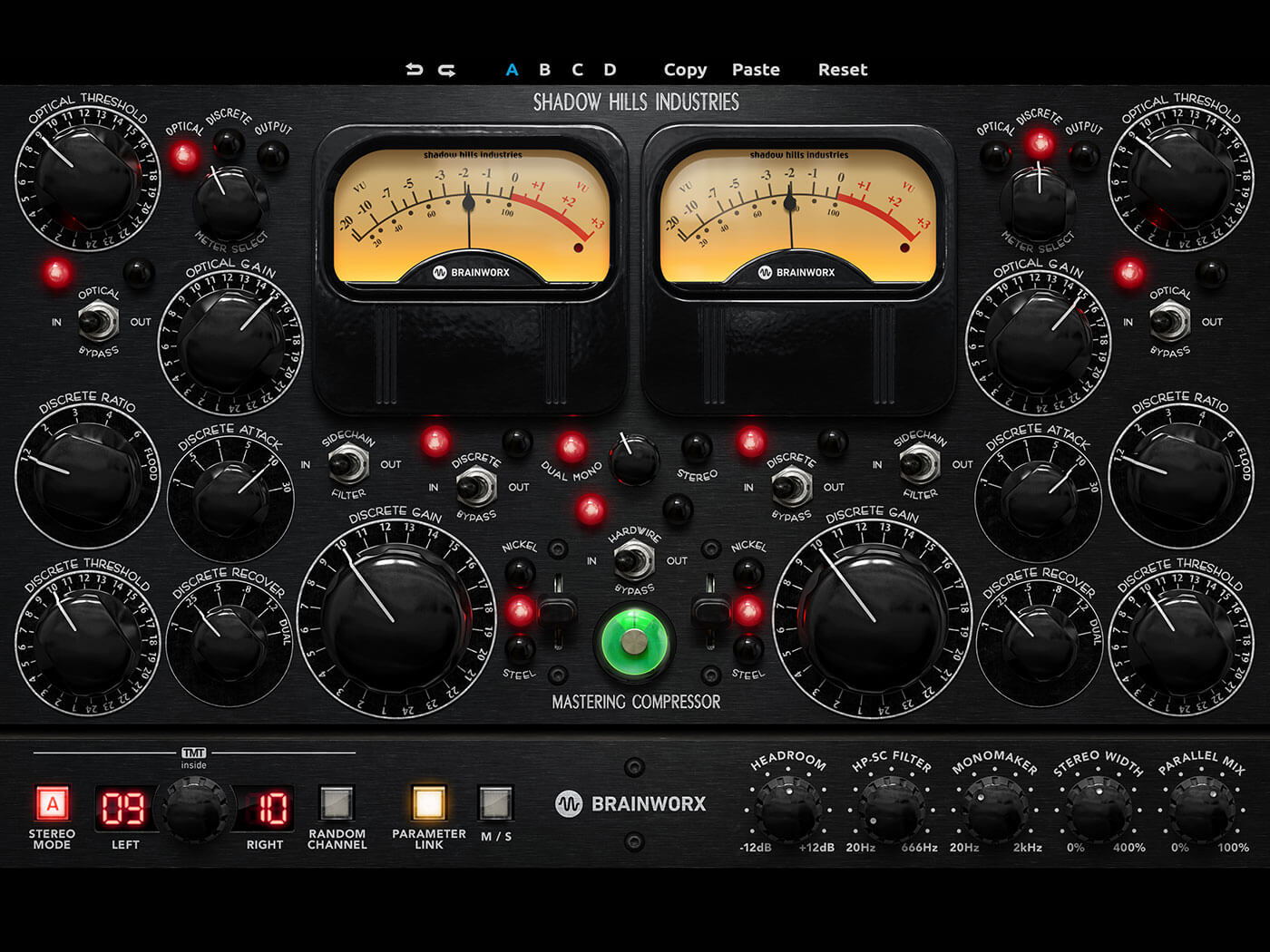 After the success of Brainworx’s first Shadow Hills Mastering Compressor plug-in, the company has teamed up with Plugin Alliance once more to release a Class A version of the iconic hardware compressor. The original Shadow Hills Mastering Compressor was a go-to for producers on Muse, Green Day, Gnarls Barkley and more. The Class A version was released by Shadow Hills in 2012, limited to just 50 units, so this might be a dream come true for anyone who missed out on the first run.

With a more menacing cosmetic design than its predecessor, the compressor features red LED lights on the front panel, as opposed to the turquoise on the original. The VCA section in the Class A version also packs a little more of a punch, and a smoother compression sound. The audio engineers working on the plug-in were militant in comparing the Mastering Compressor and its Class A counterpart, ensuring that the new design was worth cheering about.

The Class A version, for example, cleverly emulates an interesting function of the hardware original; with the gain set to identical values on both units, the Class A version clocks in roughly 1 to 3 dBs higher than the Mastering Compressor, delivering a thicker and richer tone to whatever is running through it.

Shadow Hills Mastering Compressor Class A is available at an introductory price of $200 USD at plugin-alliance.com