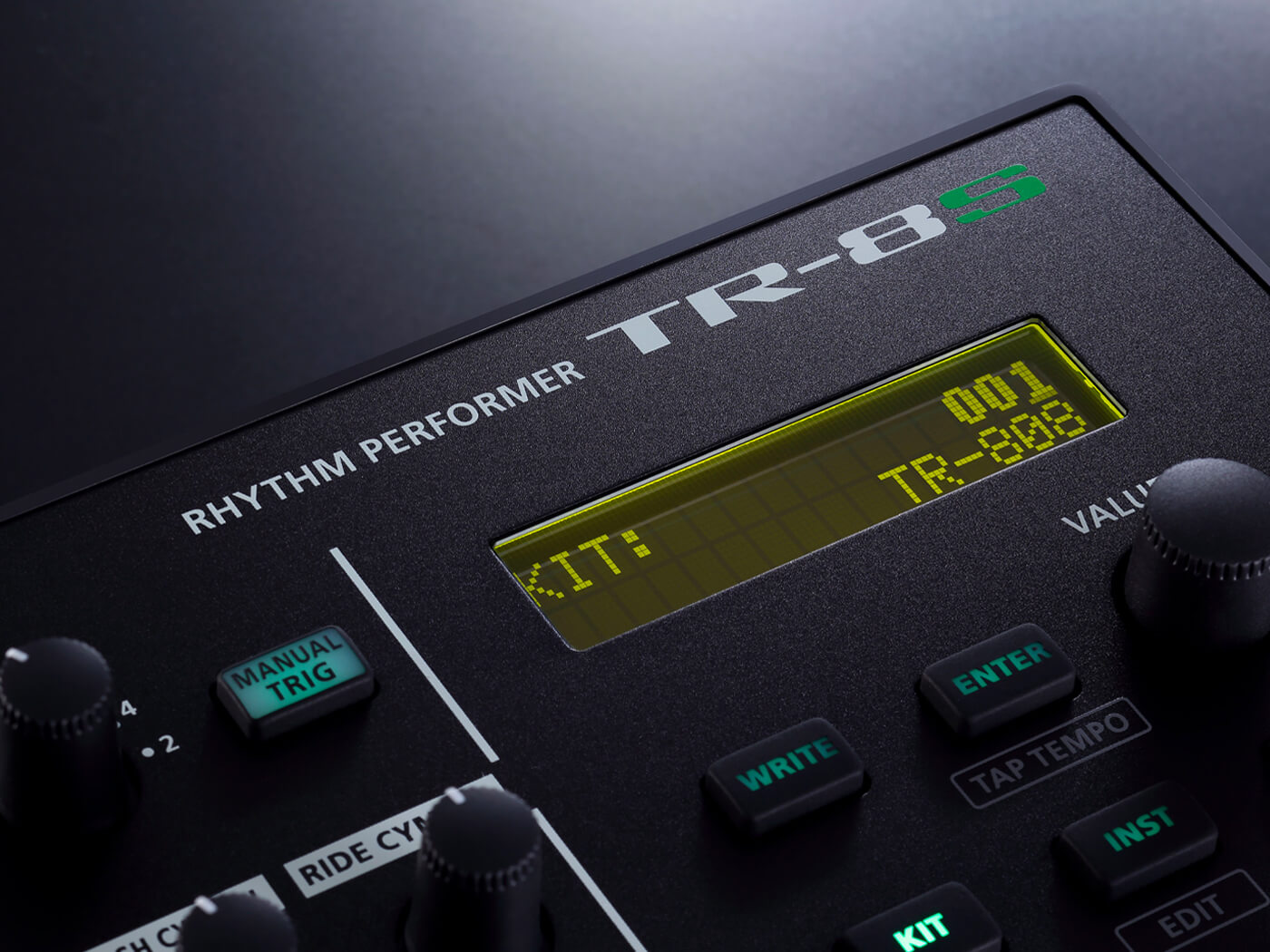 Roland has announced the 2.0 firmware update for the TR-8S Rhythm Performer, adding to the drum machine a brand-new FM synthesis engine, effects and performance functions deployable for improved workflow or creative applications. The update is available for free on the company’s website.

The biggest inclusion in this firmware update is the FM synthesis engine, which gives music-makers access over an array of synth sounds new to the drum machine, and can be blended with classic TR sounds and samples.

The brand touts “silvery metallic hits” and “harmonically rich percussion sounds” within the synth engine’s arsenal, offering further sonic transformation via controls for FM depth, ratio and feedback – as well as a Morph control that can quickly sweep through sonic variations.

Some new effects have been added to the TR-8S, including a saturator, freq shift, ring modulator and spread. Parameters for these can be assigned to the device’s control pots for quick access.

Performance functions added in version 2.0 include reload functions for both pattern and kit elements, allowing them to be restored to previously established states through quick actions. These could be useful both onstage and in-studio as both a way to quickly jump between vastly different settings, and as a “safety net” to encourage greater sonic exploration.

Learn more about the TR-8S 2.0 update at roland.com