With FX buses, fresh effects and a powerful new DJ mode, the compact sampler could be a hit with the SP community. 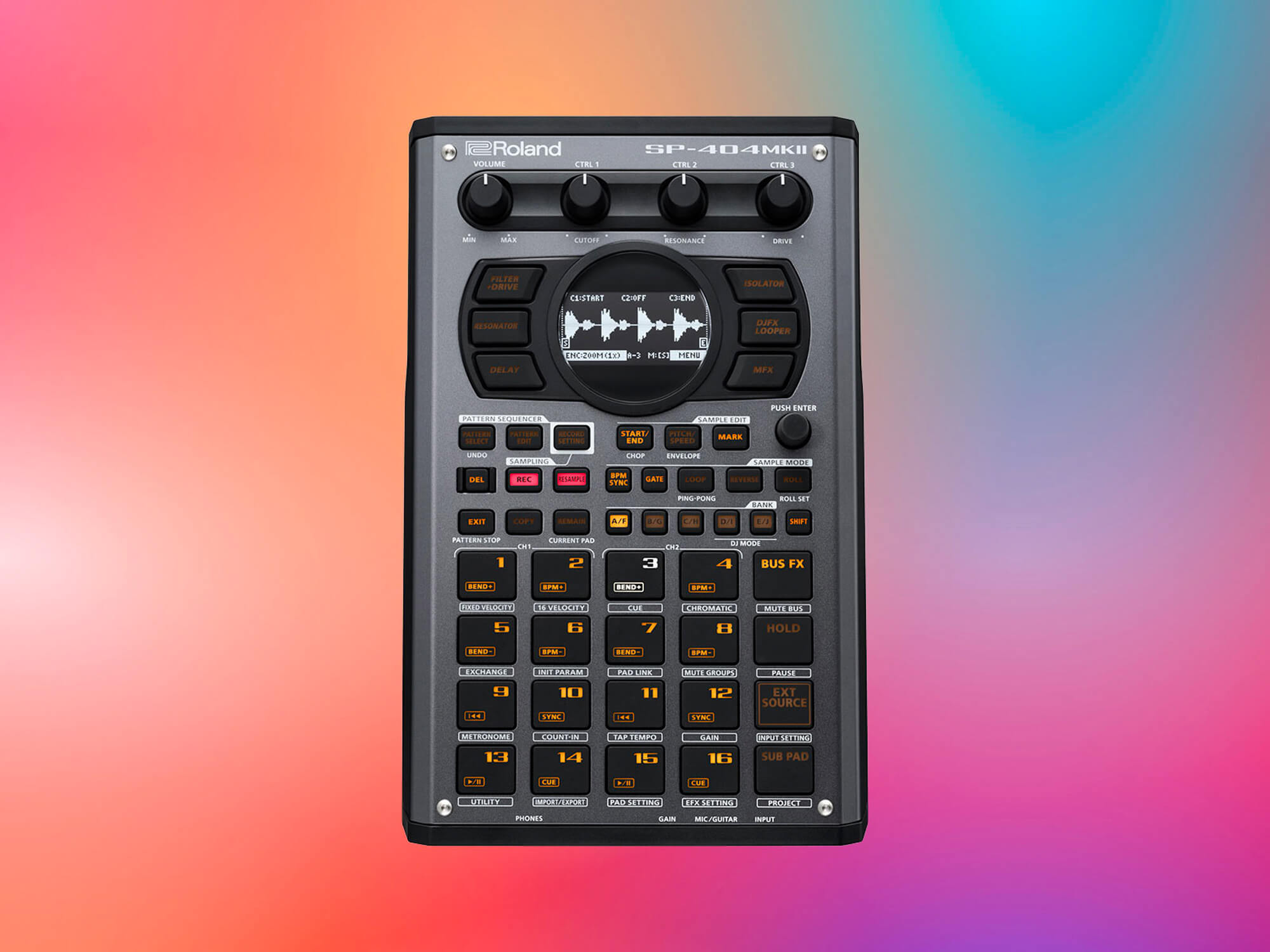 After much anticipation, Roland has finally debuted the SP-404 MKII creative sampling workstation, marking a major update to the beloved hip-hop machine, which launched back in 2005.

The MKII features hardware and software updates that make it an even more versatile creative sampler. It boasts 32 voices of polyphony, 17 velocity-sensitive RGB pads, and improvements under the hood that minimise boot-up and project loading times.

The OLED display is the most noticeable addition, serving to visualise and edit waveforms, access effects parameters, operate the new DJ mode and more.

New waveform editing lets you slice samples in real-time or with the help of auto BPM detect and auto-chop mode. You’ll be able to adjust the envelope, pitch and even layer samples.

DJ Mode makes it easy to blend two songs together, mimicking two DJ decks in action. Through pad controls, you’ll be able to change BPM for either ‘deck’, bend tempo like vinyl and sync songs up to speed with one another.

Music-makers will find a total of 39 effects built-in, ranging from SP staples such as Vinyl Simulator and DJFX Looper to fresh additions such as Lo-fi, Cassette Simulator and Resonator.

This time around, the MKII features 16GB of internal storage, with a pre-loaded library of 144 professionally recorded samples and patterns. You can expand storage – for more samples and projects – through an SD card slot.

Experienced SP users will know that adding visual flair to your device is one of the most fun parts of the SP experience, and Roland has made this even easier to do on the MKII. You can easily remove the faceplate by taking out four front-facing screws, and on top of that, the MKII’s start-up screen and screensaver can be customised.

Roland has also shared templates online for custom faceplates and shared this guide on how to customise the SP-404 MKII.

There will be a companion app, which Roland says will offer additional sample packs from “legendary sound designers and musicians” for use in your next production. Furthermore, the app will let you access even more detailed waveform editing, assign samples to pads and more.

Finally, the SP-404 MKII becomes a much more portable instrument thanks to a number of new power options. In addition to running it with an AC adaptor, you can also juice it up with six AA batteries or a mobile battery via USB-C.

At press time, Roland has yet to drop an official price and release date for the SP-404 MKII. However, a previously reported price via the leak sets the sampler at around $499, and Thomann has listed it for £355/€419. MusicTech has reached out to Roland for an official comment on price.