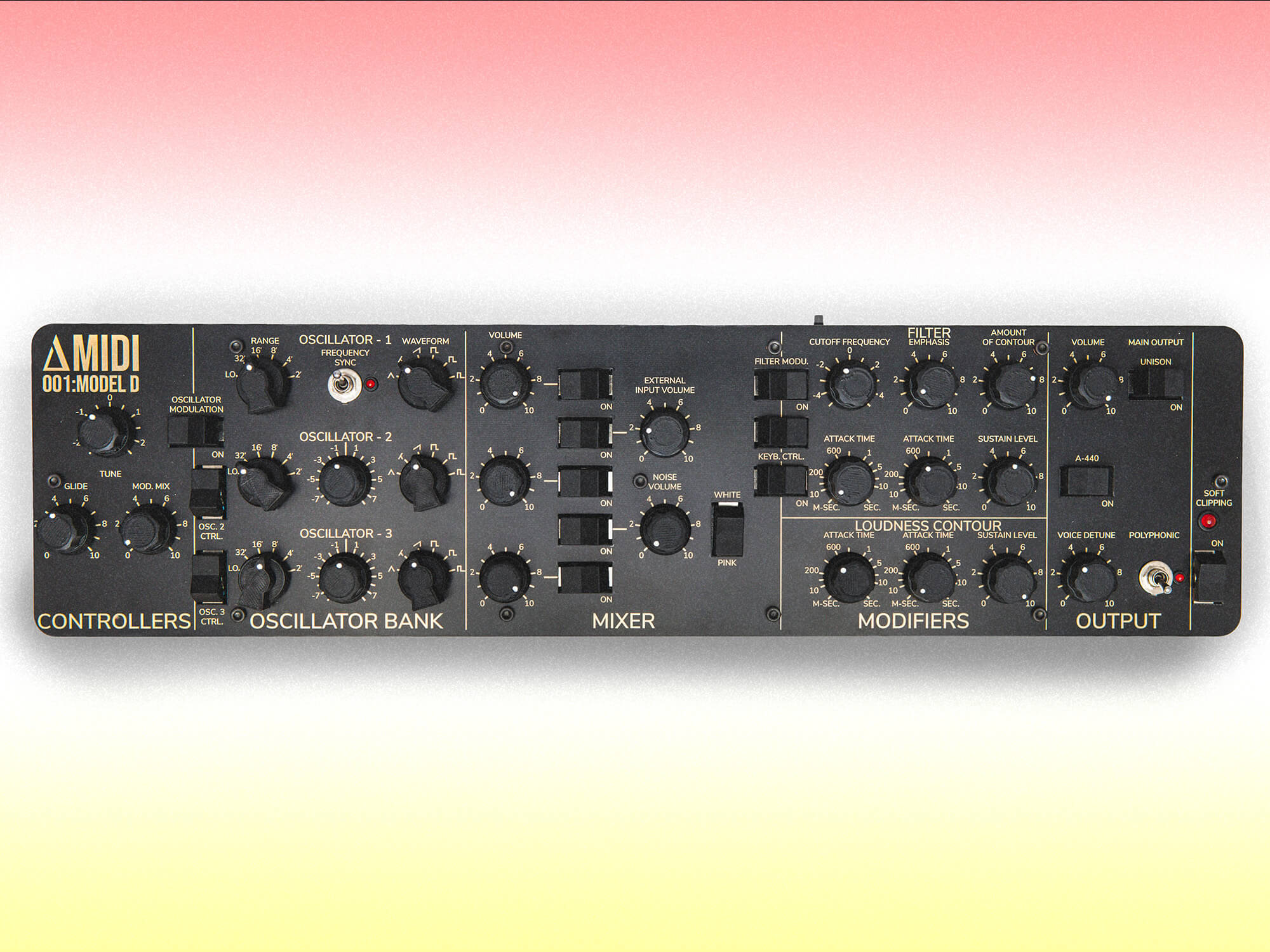 ΔMIDI (pronounced Delta MIDI) has revealed a MIDI controller based on the Minimoog Model D to give Minimoog plug-in users a one-to-one hands-on experience.

The ΔMIDI 001:model D lets users control Minimoog-based virtual instruments via a real interface based on the layout of the classic – and extremely expensive – hardware synth.

Compatible Minimoog emulation plug-ins include the Arturia Mini V, Native Instruments Monark, UAD Minimoog and GForce MINIMONSTA. The MIDI controller can be used with any DAW, the company says. 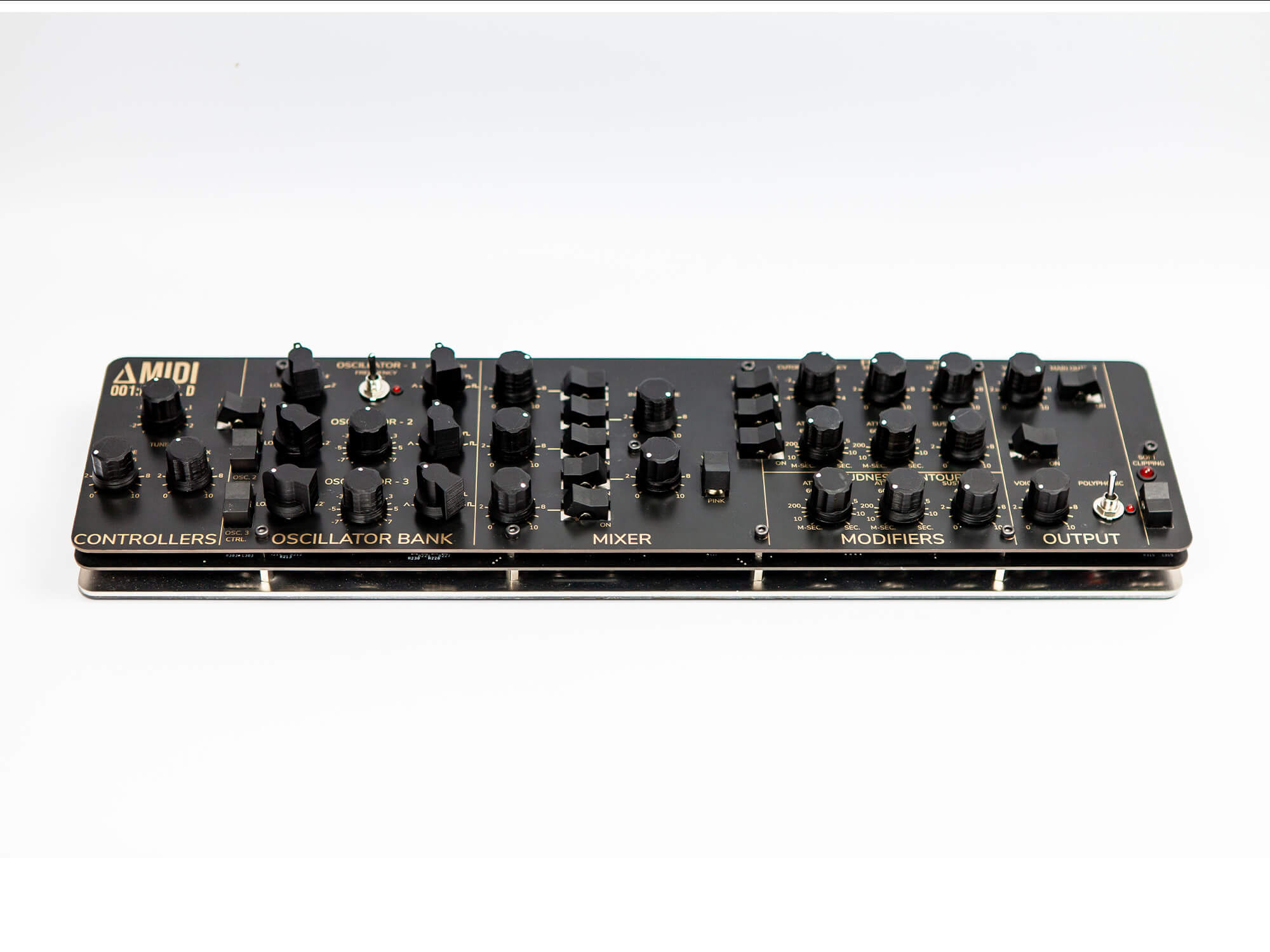 The ΔMIDI 001:model D is comprised of 44 controls, including 21 Moog-style potentiometers that give the knobs a satisfying weight. Also included in the unit are 6 six-stage knobs, 15 toggle switches, two lever switches and three LED indicators.

ΔMIDI has also built a sync button so the plug-in’s settings can be transferred directly to the hardware. The Class-compliant controller can also, of course, be used as a universal MIDI controller. A Map button lets you change MIDI mapping settings, such as MIDI Channel and MIDI CC, to control pretty much any plug-in you want. 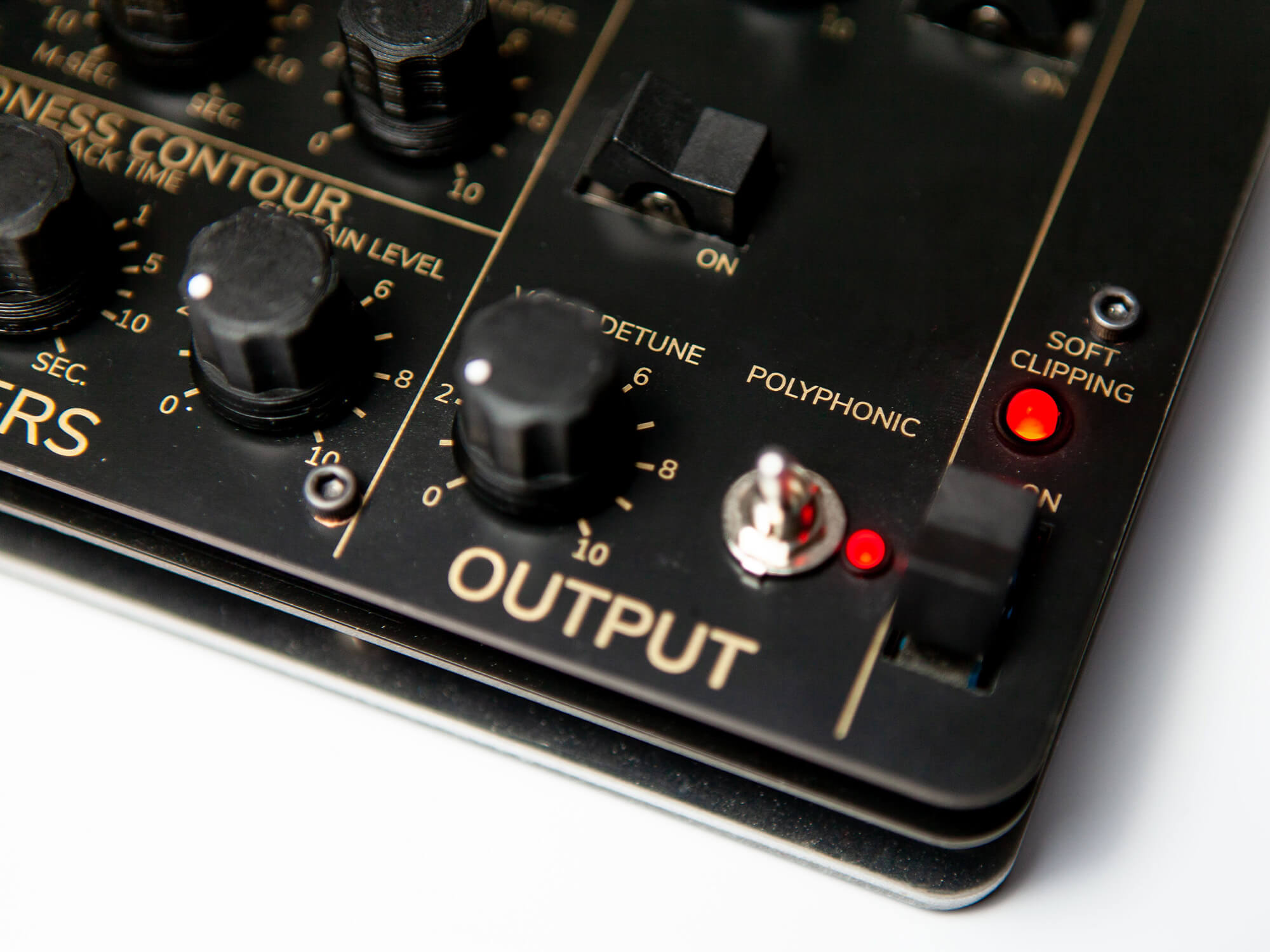 The controller has a reinforced laminate fibreglass black design with real gold lettering, and ΔMIDI has hinted at a potential white colourway being available in the future. It’s compatible with macOS, iPad, Linux and Raspberry Pi and is equipped for integration into a Eurorack setup.

Although ΔMIDI says it has been designed and tested, the project is currently in a crowdfunding phase and requires $16,000 in order to make manufacturing a reality. So, anyone who wishes to purchase the ΔMIDI 001:model D must pre-order to receive it. The early-bird price for the product if you order now is €188. Alternatively, you can pledge lower amounts to back the project. 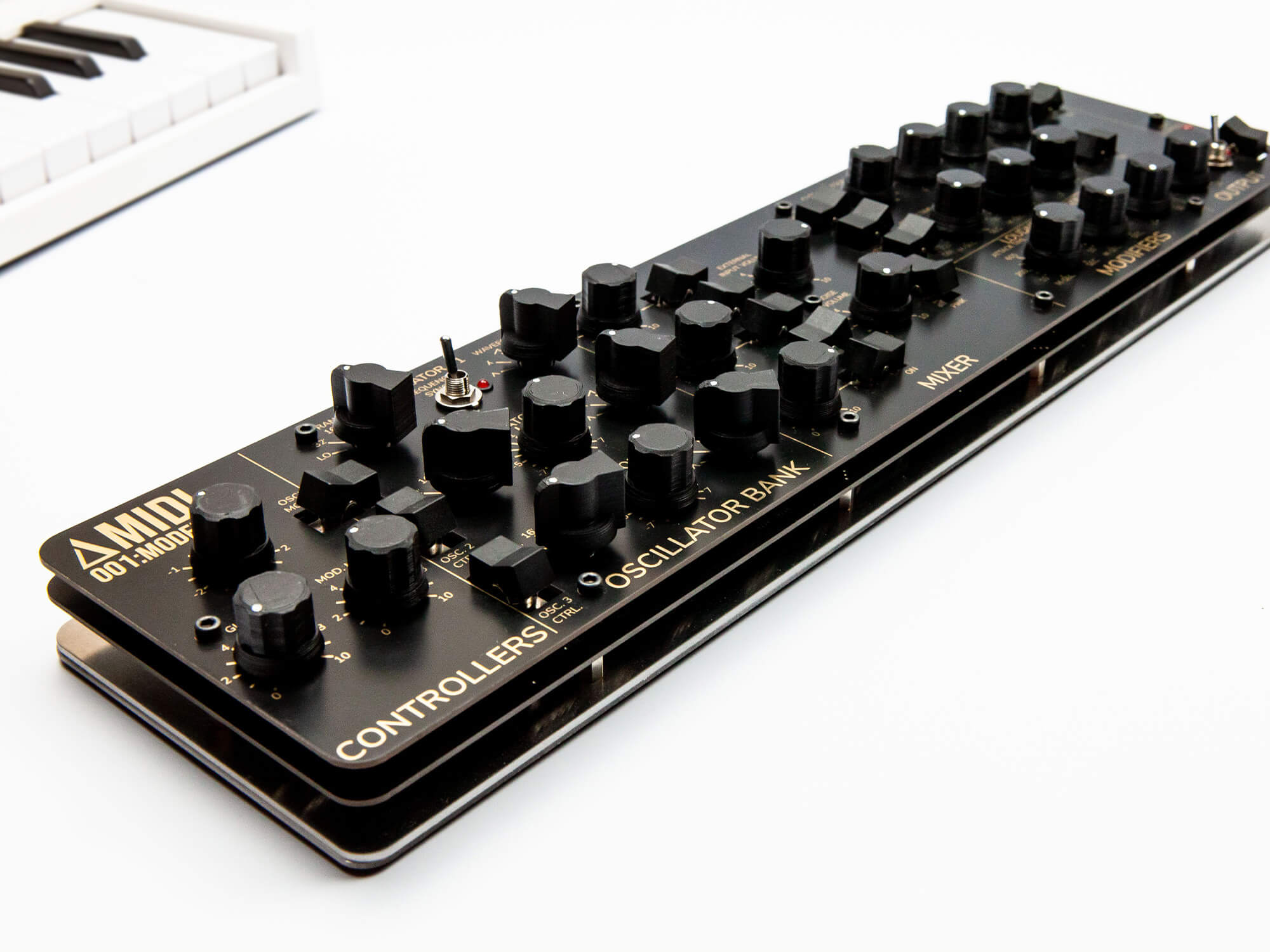 Interested in purchasing the ΔMIDI 001:model D but unsure which Model D emulation you’d use it with? We’ve reviewed a range of Minimoog emulations, including UAD’s Moog-certified plug-in, which comes as part of the UAD Spark package. Read the full review here.

For more information, head to kickstarter.com.