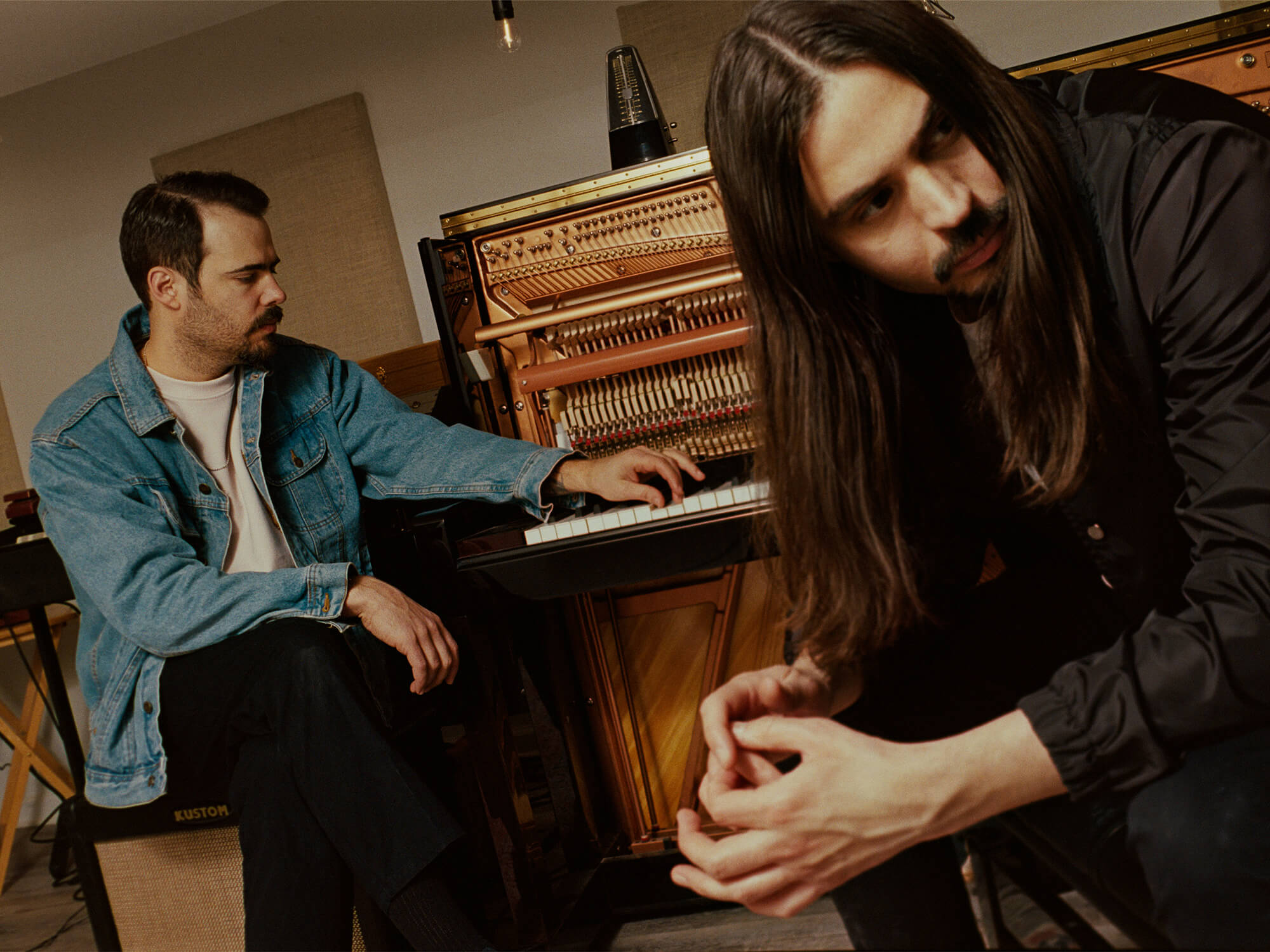 “When we moved in in June 2020 it was a blank canvas. What you see now is the distinct impression Along The Lethe has left on it.”

Ahead of their upcoming album, Along The Lethe – releasing in September 2022 – MusicTech speak with members Thomas and Jacob. We look inside the band’s Jersey City-based creative space to analyse selected singles Can’t Turn Back, Ostrich and Until Next Time, which offer a flavour of what to expect.

Beacon, it’s a pleasure to chat on the cusp of such an important album release. Your discography is full of delicate, enchanting music. How will Along The Lethe live up to the past?

Jacob: With every new record, we’re exploring new territory. It’s not always clear in the moment what exactly that means, but having had time to sit with this record, it’s our most well-crafted work to date.

We’ve just crossed the decade mark of writing music together and, in a lot of ways, this record is a culmination of that time. We’ve certainly become better producers over the years but COVID-19 allowed for an extended period to really dig into our process. We ended up redirecting some bandwidth to the technical side of producing and developed an updated set of skills in the studio. I think that development comes through in the writing.

Thomas: The past is always haunting our music, in a good way. A lot of the problem-solving of this record was finding ways to marry organic and inorganic sounds without compromising the distinct qualities of our production style. Making music is always an evolving, educational challenge for us. That’s the enchanting part of it and if that makes it to the listener, that’s a great thing. 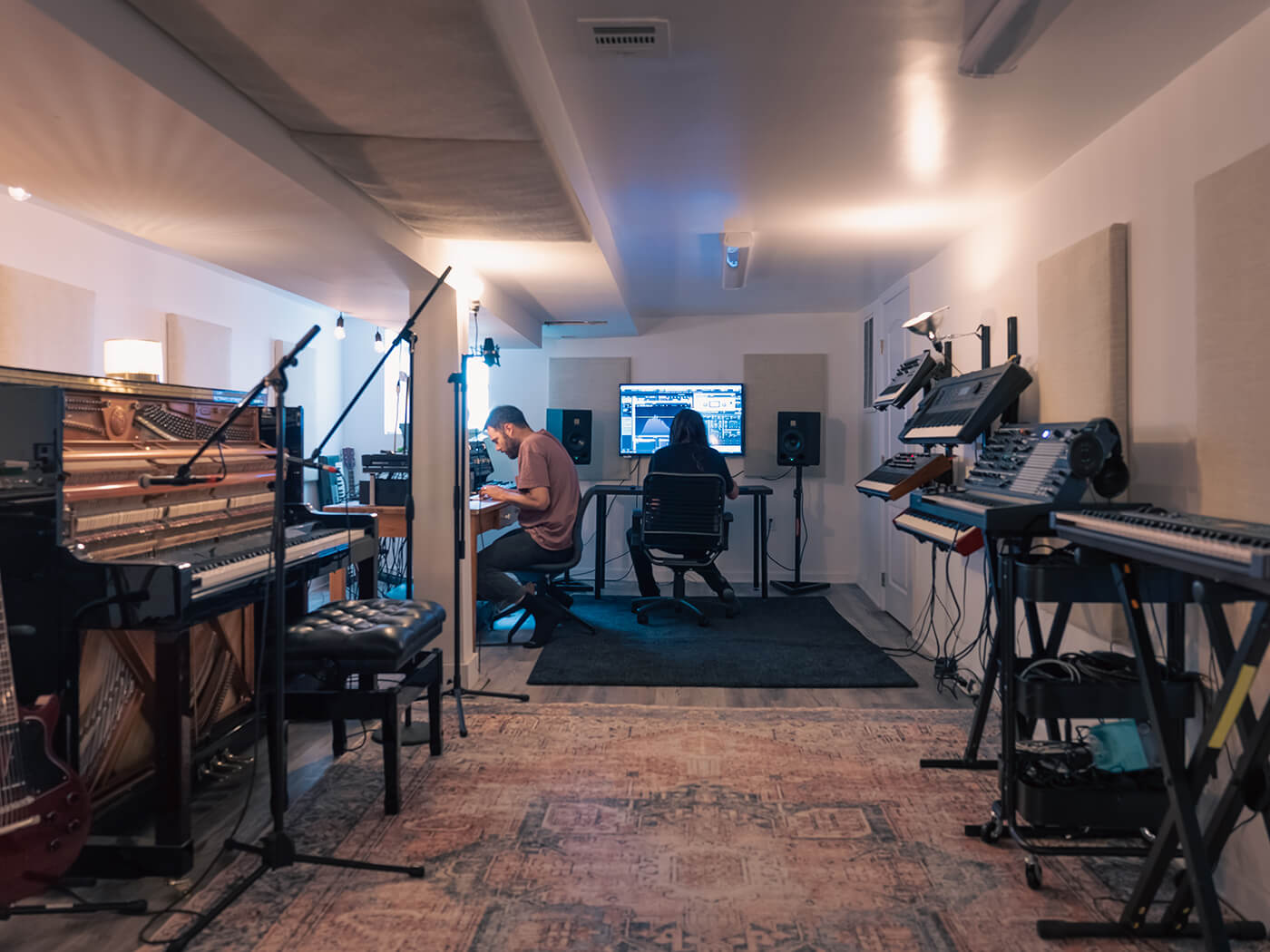 So far, we’ve heard singles Until Next Time and Ostrich. How do these tracks tee listeners up for the full album in September?

Jacob: There are some definite touchpoints in these songs that span the record. Along The Lethe is very textural – there was real attention given to the space and textural quality of the sound design. Noise as a dynamic element is used quite a bit on this record.

How long has it taken to make the album?

Thomas: This album is a self-portrait of the band. It captures our longest writing period yet, during which we were confronted with multiple unique challenges. There was so much uncertainty in the midst of the pandemic and that melancholy is present, but it’s matched with the idealism we’ve always brought to making music together. 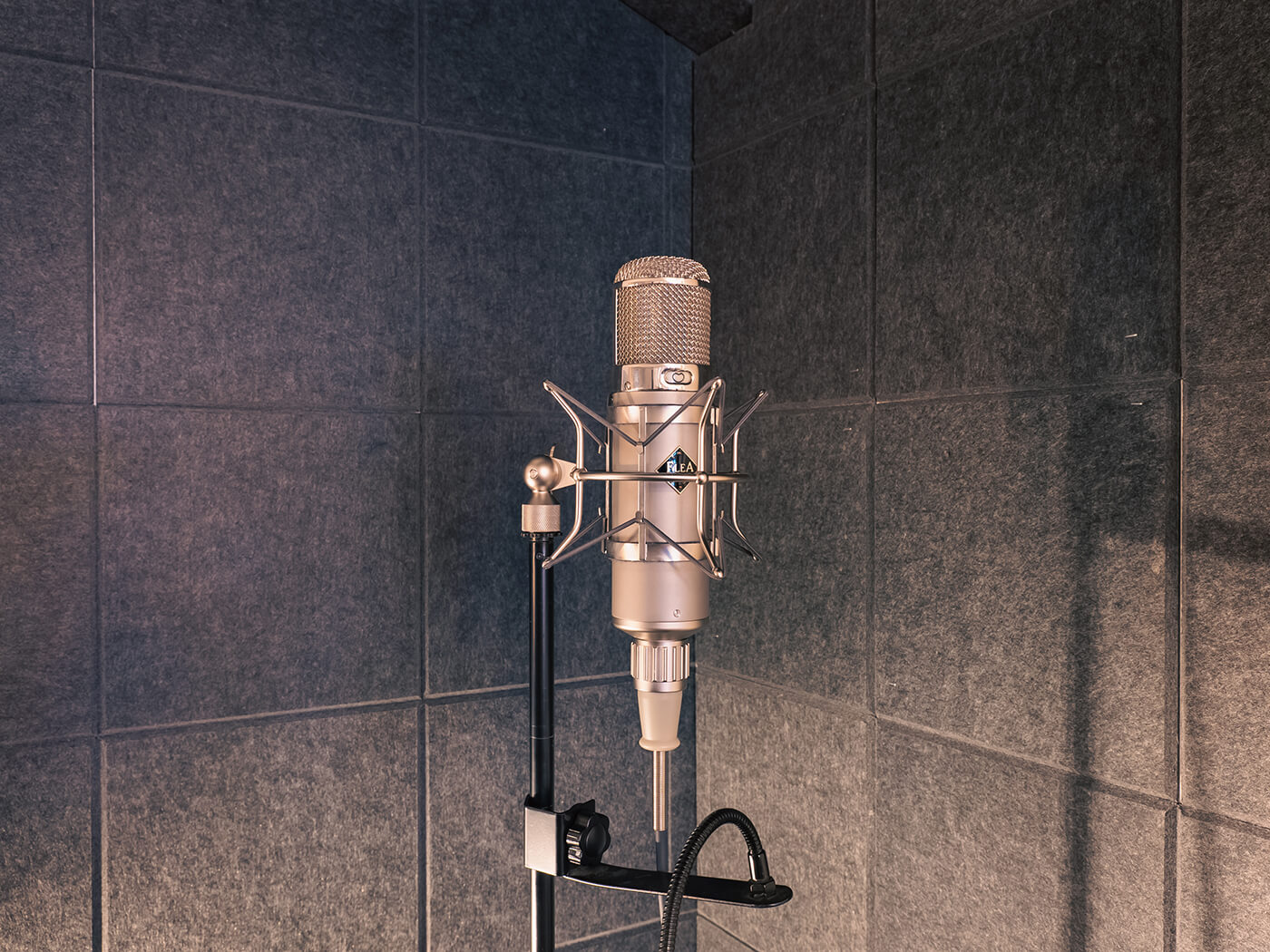 Jacob: We had a studio in Williamsburg for years but in 2020, we relocated to Jersey City. This allowed us to have a significantly bigger space and expand the studio in a multitude of ways. We were able to get an upright piano in the space, add new gear and have room to really spread things out.

Thomas: Our studio in Brooklyn was not much bigger than a closet, but it was embedded in the community we came up in. The vibrancy of that area (so close to where we played all these formative early shows) was seeping in at all times. This new studio is very different. It’s a space that is ours now and we can exert more control and individual influence over it. When we moved in in June 2020, it was a blank canvas and what you see now is the distinct impression Along The Lethe has left on it. 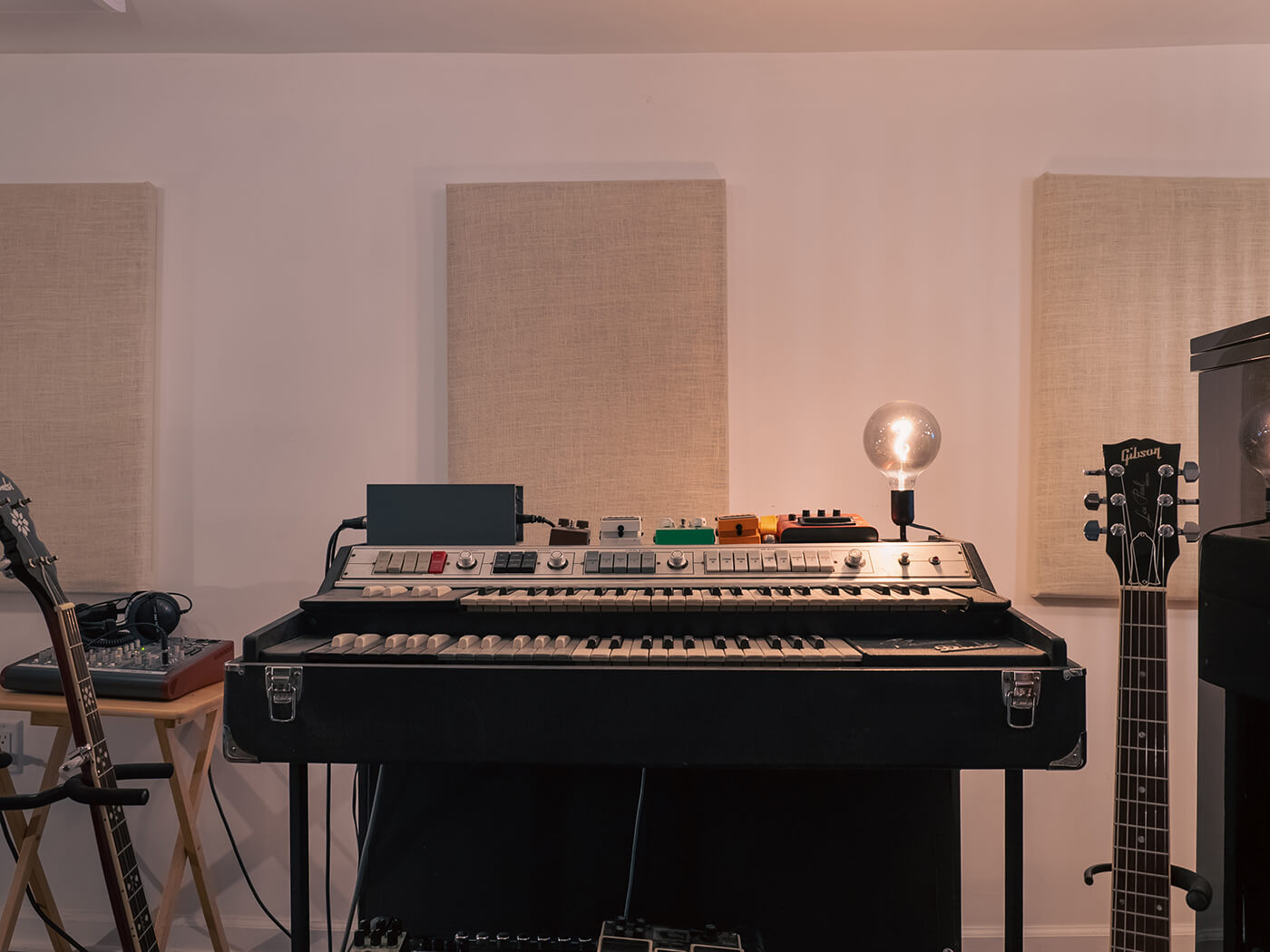 Jacob: I’ve always viewed the studio as a place where you’re splitting your energy between discovery and the nuts and bolts of working on projects. There are days when you’re just in there experimenting, thinking, and failing. On the other side of that, there are the days when you’re pressing towards the finish line on ideas. The atmosphere in the studio can shift depending on what frame of mind we find ourselves in, and both are equally as important. 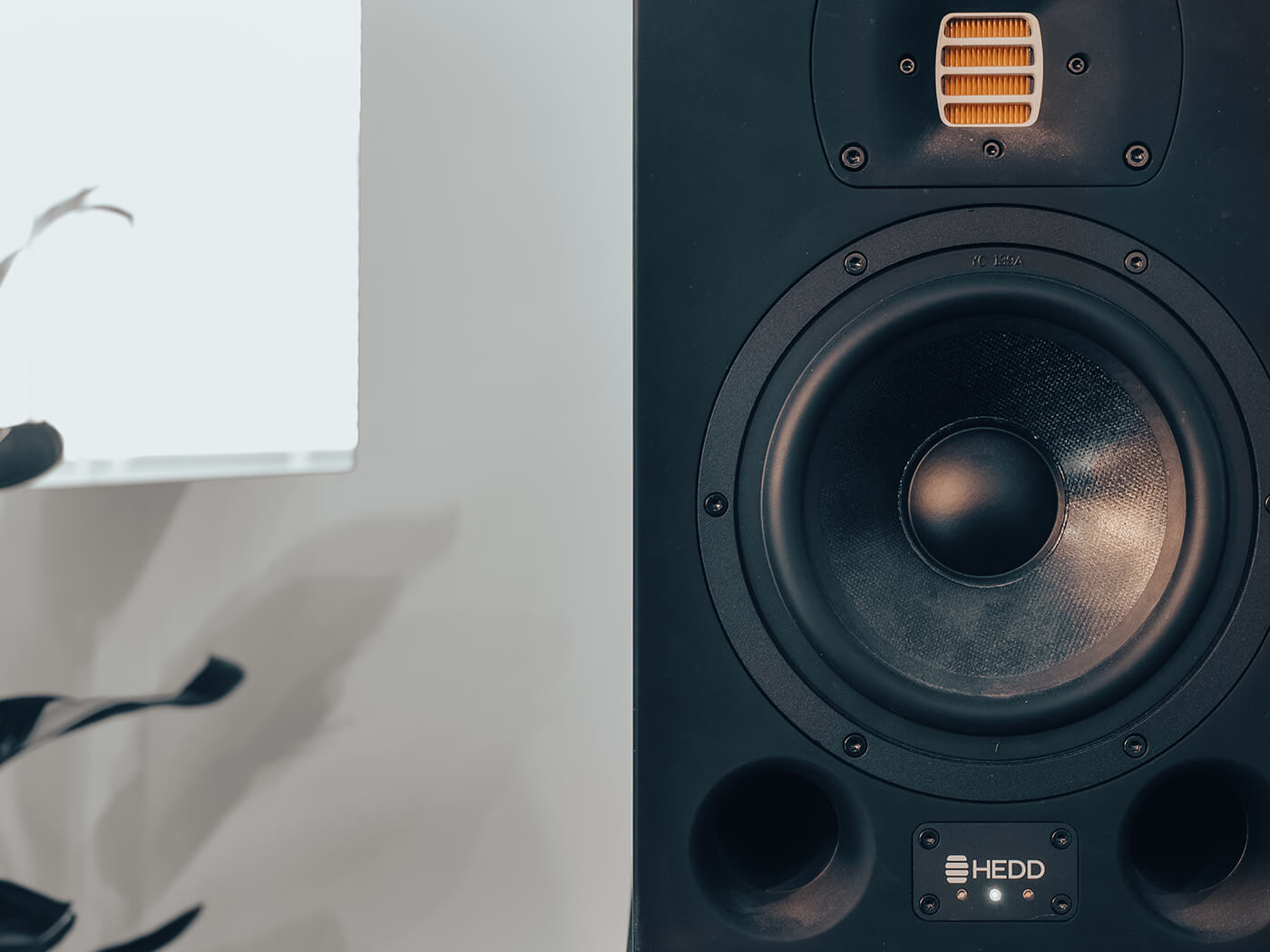 Jacob: Sequential Prophet 08. It’s one of the most versatile and intricate synths ever made, all while being accessible. It’s important to me that a synth has a balance of discovery and accessibility. I never want to feel like I’m taking more time to programme an instrument than I am writing with it. It was one of our first major purchases nearly 10 years ago and I still feel like I’m discovering new ways to use it. Its sound quality is as good as anything out there and it’s responsible for some of the band’s most recognisable sounds.

Thomas: I am loving our Studio Electronics ATC-1. It uses cartridges to model the filters of classic synths like an ARP 2600. Like other synths with this much analogue circuitry, it is very musical. It reminds me of a Minimoog (which is one of the filter cartridges we have) and it’s perfect for elegant, silky leads. 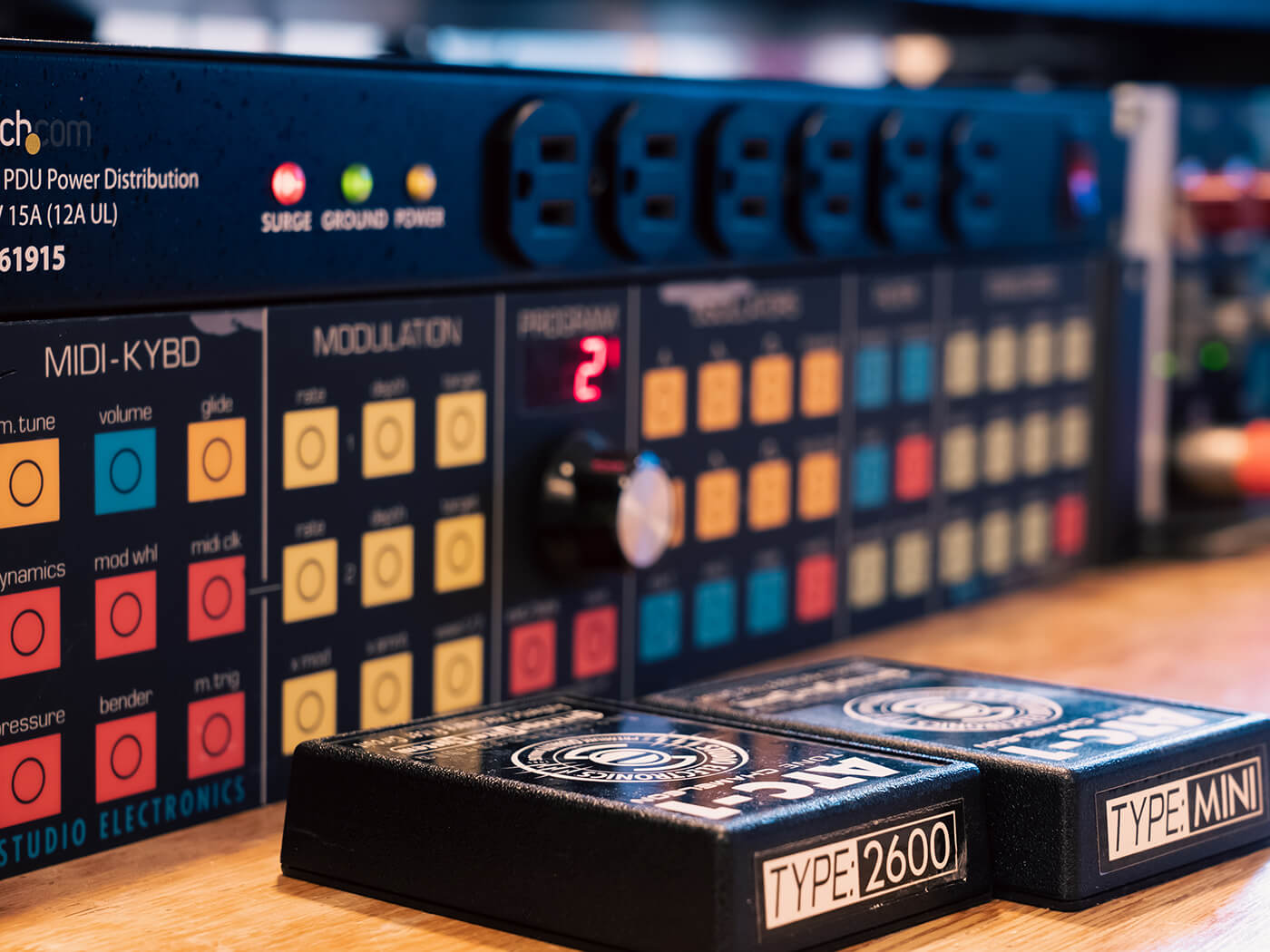 What synth or effect can be heard the most on the upcoming album, Along The Lethe?

Jacob: The synth that is most frequently used is the Steinberg Retrologue. Besides it being a great-sounding synth, it has such a great UI. We’re able to extract the sound we need really efficiently without feeling bogged down by overly complicated signal routing.

Thomas: I would also add that noise, not exactly a synth or effect per se, is a signature of this LP. With the Retrologue, we’ll turn off all the oscillators, leave the noise generator on and literally play that as its own instrument. 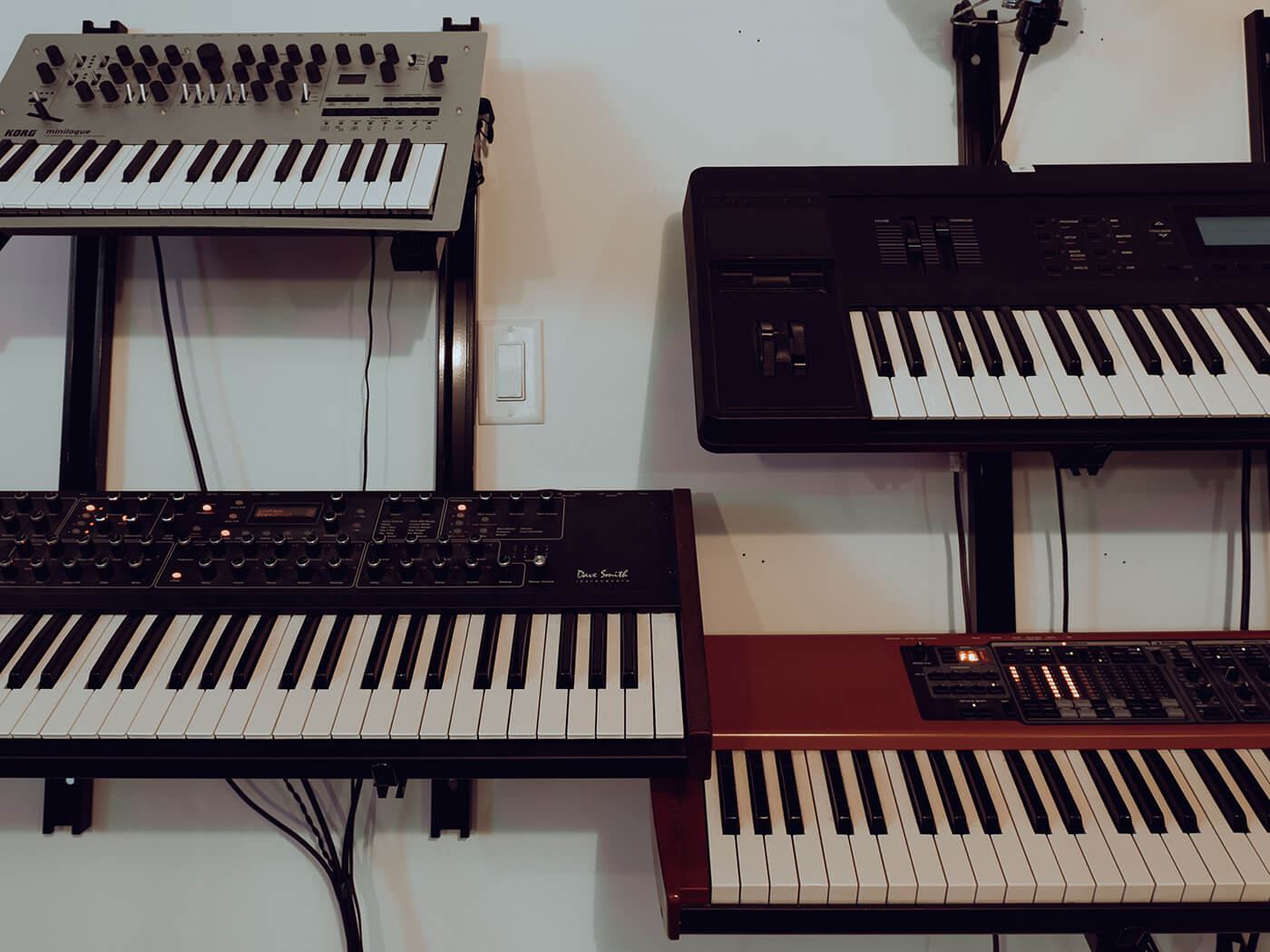 Can you talk us through the synths and piano in Until Next Time?

Thomas: We recorded the piano on Until Next Time on our Hailun 48-inch Studio Upright using ribbon microphones – Beyerdynamic’s M 160s. Those went into our 500 Series rack, which currently houses two Neve 1073LB pres, a set of Maag 6 band EQs, and the Shadow Hills Dual Vandergraph compressor. This 500 Series setup opens up a lot of possibilities to colour outside the lines.

In Until Next Time, the upright is recorded intimately and then heavily compressed through the Shadow Hills to emphasise those percussive, mechanical clicks. Also, the Air Band was engaged on the Maag EQs, which highlights an ultra high-frequency layer. This helps the piano be the central focus of the track throughout, even as other elements fill out the rest of the frequency range and even other high-frequency noise cascades in and out. 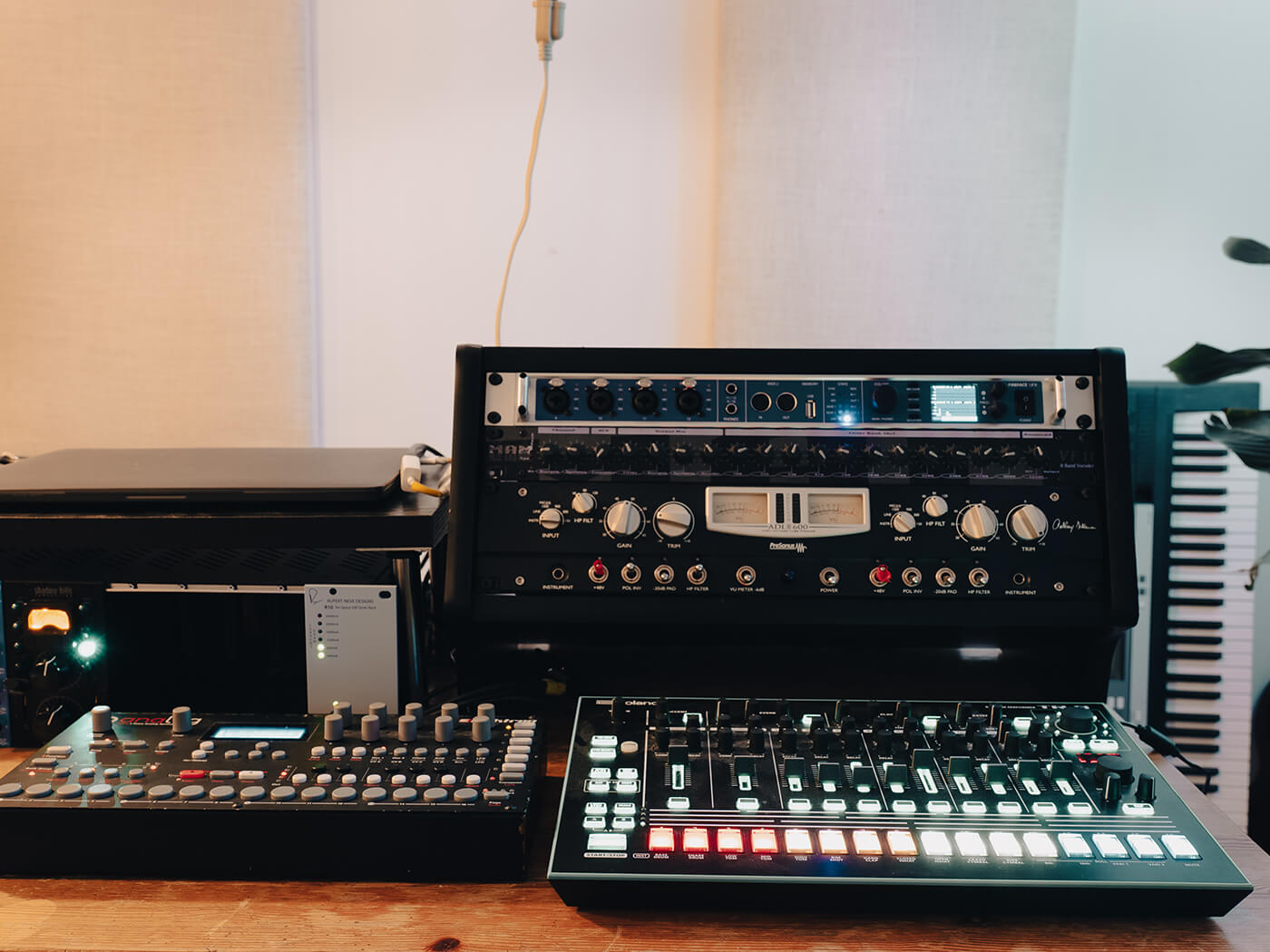 Ostrich is a moment of pause that builds up to a dramatic crescendo. Tell us about the inclusion of the hypnotic wind instrument used.

Thomas: Ostrich is named after the tuning of our instruments, Ostrich tuning. It’s where all the strings on an instrument are tuned to the same note. It’s how Lou Reed captured a signature quality of a few Velvet Underground songs, which was the initial inspiration for us when we tuned all of our instruments to Ostrich one day in the studio and recorded the results.

After the initial ballad section, the song empties out into an abyss of Ostrich-tuned drones. It was the perfect bed for Colin’s signature saxophones and arpeggios. His work spirals around the original instrumentation in a way that is immediately identifiable as his unique touch. It is cathartic for me every time I hear it. 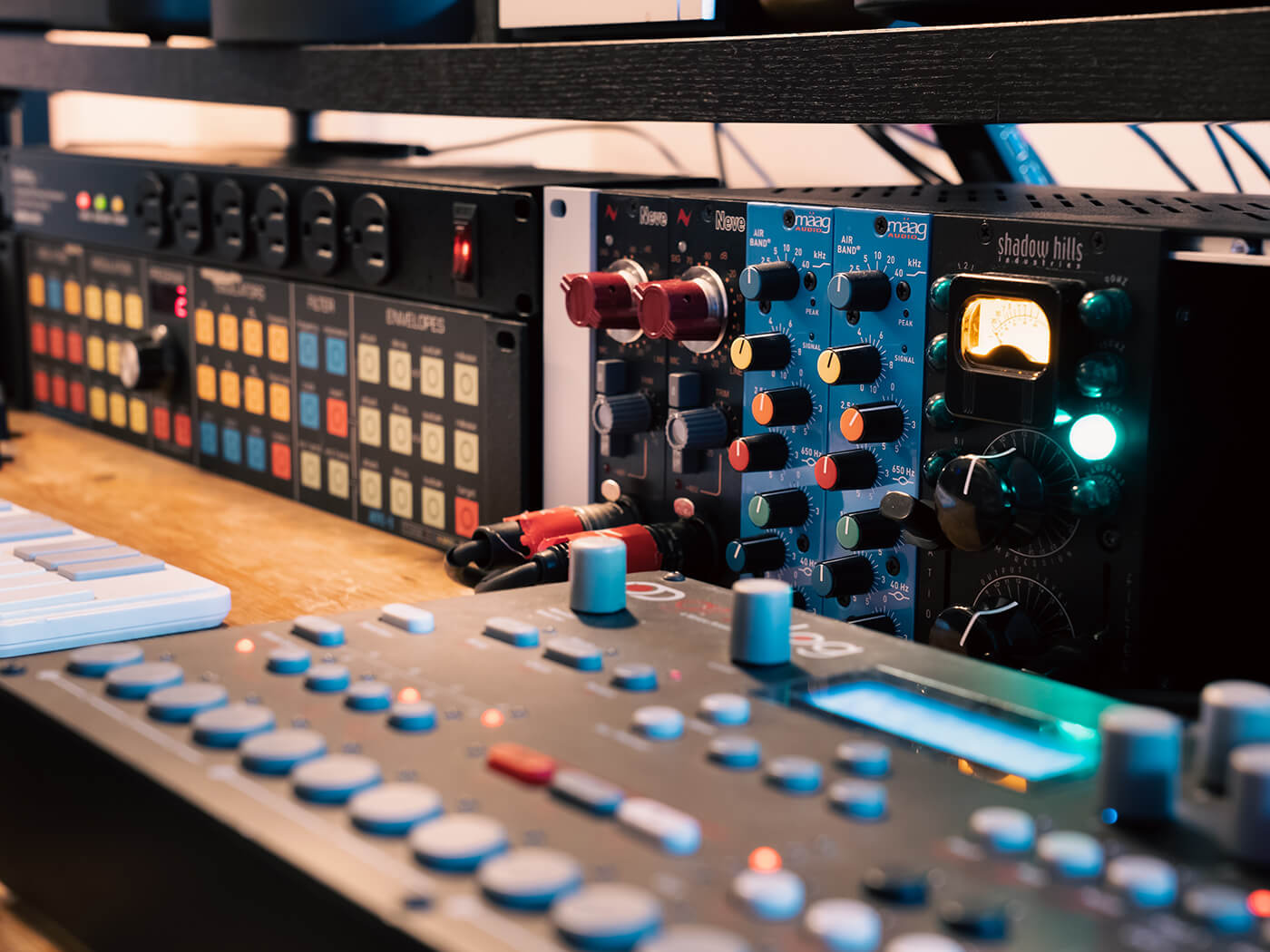 How do you achieve a wide, drawn-out feel to your music through reverb?

Jacob: Space is something we think a lot about when crafting songs. There have been a few key reverbs that show up on this record. The Eventide Space Pedal, Valhalla VintageVerb, Cubase Roomworks and Soundtoys Little Plate. One of the new additions is a Soundtoys Analog Echo Processor. It allows you to shape specific rhythms to the space, functioning as a verb/delay hybrid.

Jacob: We’re on the waiting list for the Roland Jupiter X. 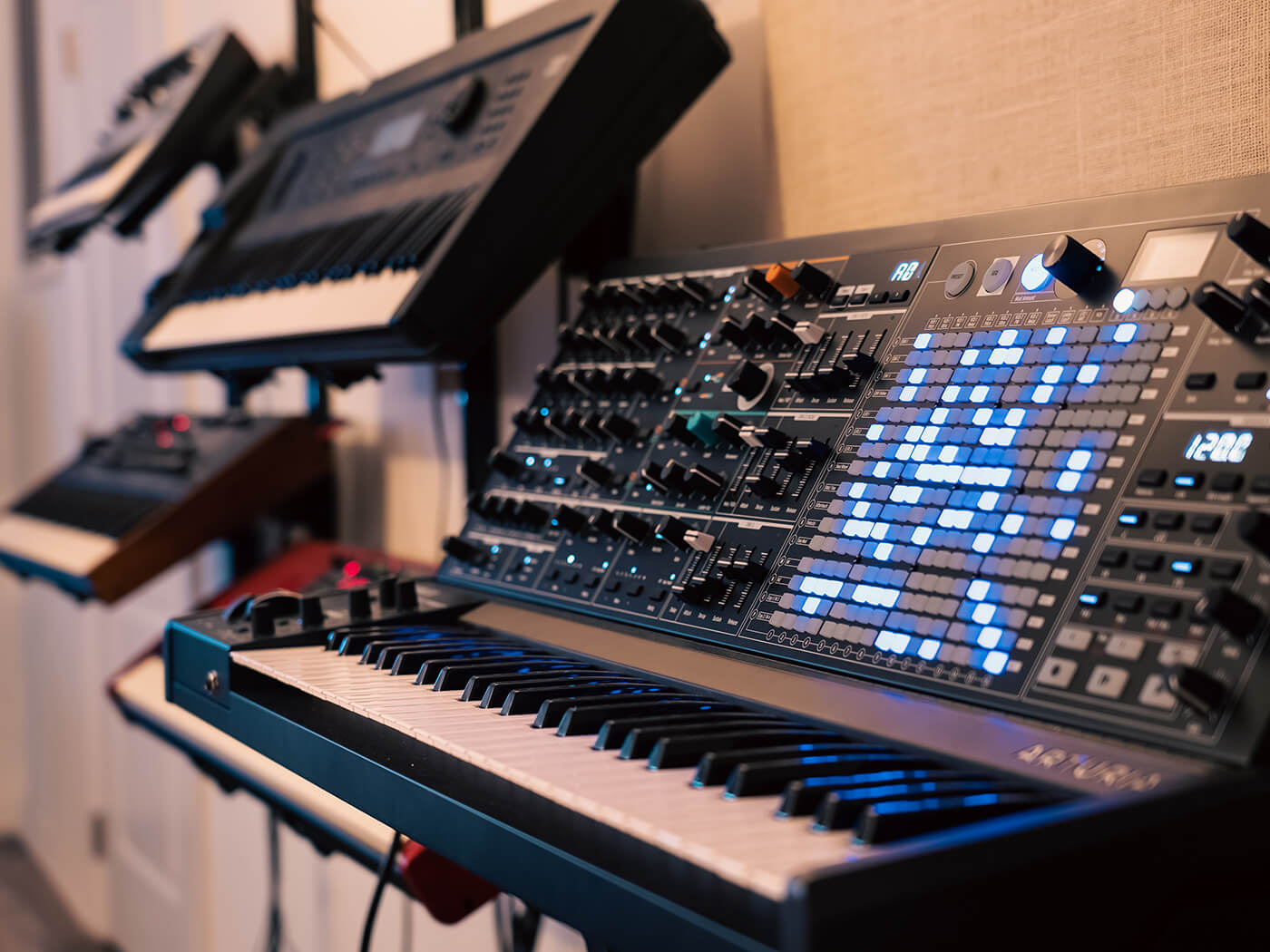 Jacob: Write every day, or as much as your life allows for. There is no secret to it. All the growth comes with endlessly toiling away in the studio. Nobody starts out being a great producer, they get there through the work.

Thomas: Excavate sounds and melodies from unexpected corners of your life. Ultimately, those are unique gifts whether or not you know it, yet. 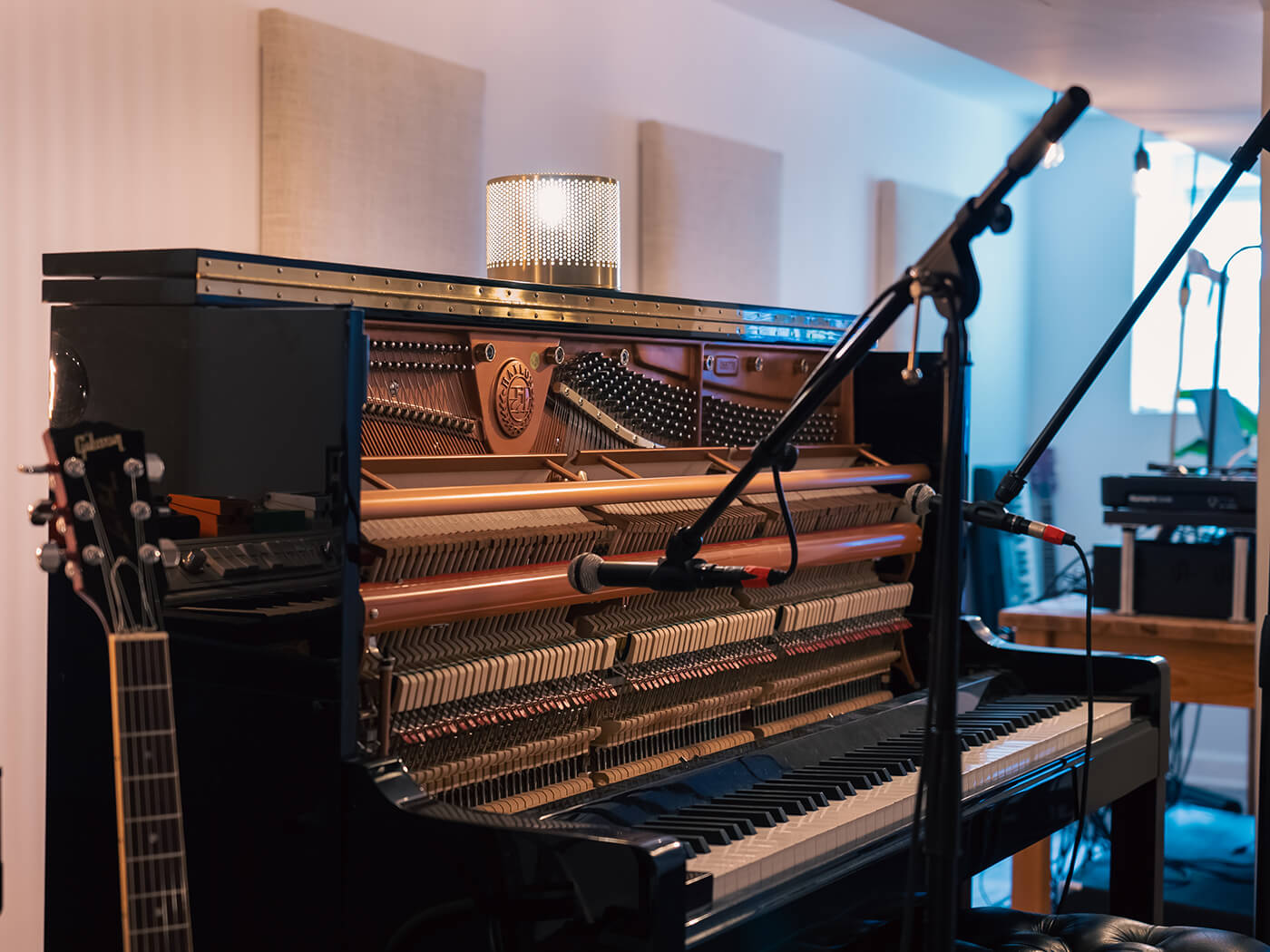 Jacob: Find gear that doesn’t initially restrict your ability to write. If the barrier to entry of understanding your equipment is too high it’s going to dramatically stall your growth. Build into more complicated setups and gear. Find that early sweet spot of being challenged by your setup without it slowing you down.

Thomas: Just start somewhere, anywhere and don’t be afraid to lean into the early limitations of your studio. They’ll help you define what makes your sound unique.