Traktion has released Novum, an advanced granular synthesizer plug-in developed by Dawesome. READ MORE: Roland releases software synth version of classic Jupiter-4 Novum uses granular synthesis to split a sample into six independent layers of varied tones. Users can then use cross-synthesis, modulation and effects to transform it. Its headline feature is the main wavetable, […] 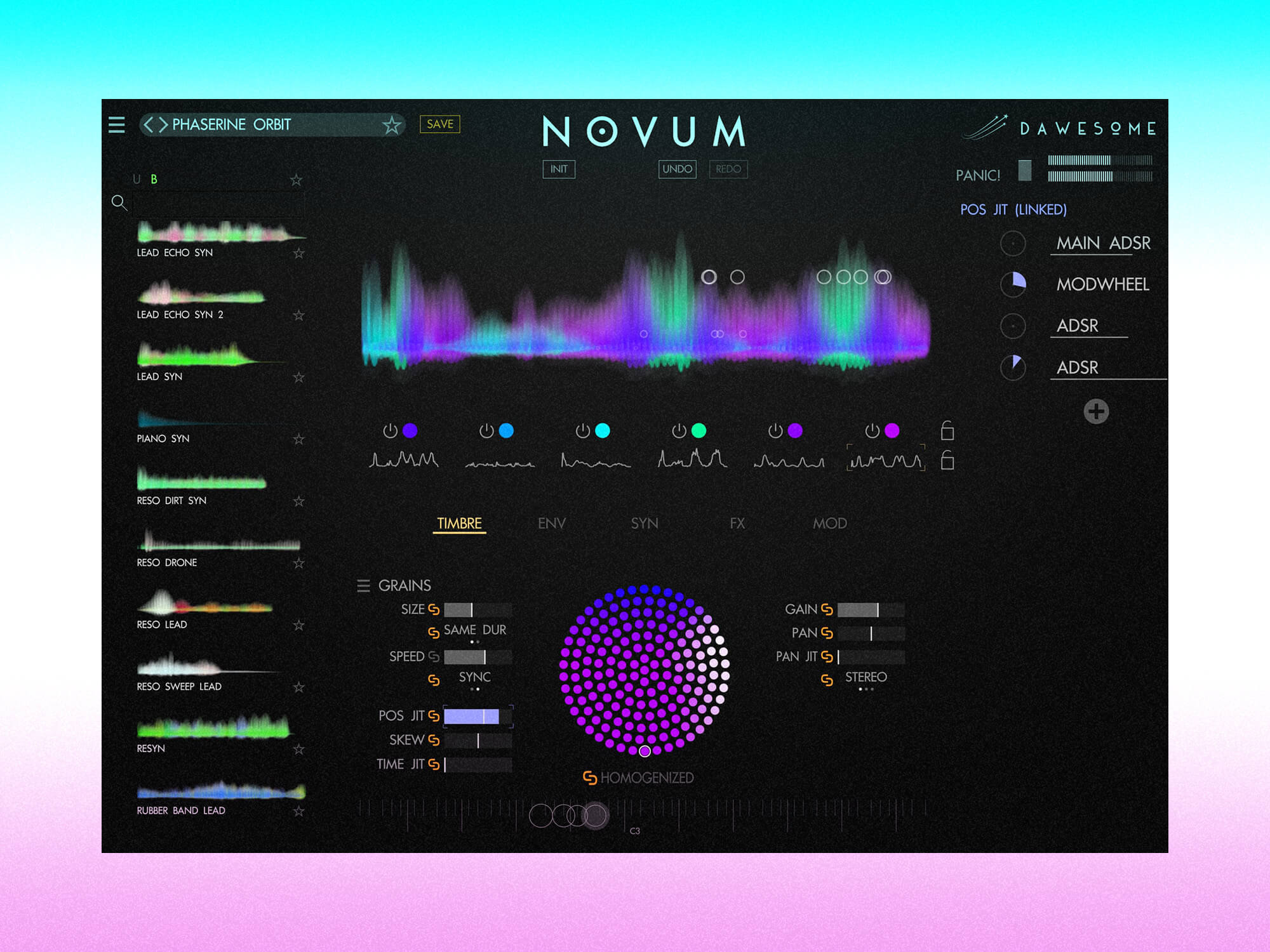 Novum uses granular synthesis to split a sample into six independent layers of varied tones. Users can then use cross-synthesis, modulation and effects to transform it.

Its headline feature is the main wavetable, which shows how a sample is made up of six timbres, each in different colours. Below, the shapes of each timbre’s waveform is displayed, with an option to split the wavetable up to show these separate timbres more clearly.

Below this is an interactive Timbre Flower that enables timbral spectral modification.

The plug-in also lets you modify samples through cross-synthesis by dragging and dropping in other sound waves. Using this, a smooth pad could take on the timbre of a jutting hi-hat sequence, for example, if both were combined.

The plug-in’s Grains section is where an imported sound can be transformed most drastically. Here, you can change the size of grains, the density of grains and you can also skew a timbre to give it a plucky feel. Tracktion adds that the Jitter effect spreads a “cloud of grains” over the whole range of the sample, turning a flat sample into a larger, more complex floating sound.

Novum features a filter section, including the proprietary SYNTIFY filter, which adds harmonic overtones – like an “anti-filter”, as put by Traktion. Additionally, a comb filter can be used to manipulate the sound while retaining its texture.

The Modulation section lets users draw their waveforms to affect each timbre and there is an array of presets to garner quick inspiration from. A step sequencer feature gives the option to affect the sound step by step, too.

Finally, the Novum includes an advanced effects section, where the likes of reverb, phaser, and other standard effects can be added.

Traktion Novum is available now at an intro price of $125. Find out more at marketplace.tracktion.com.