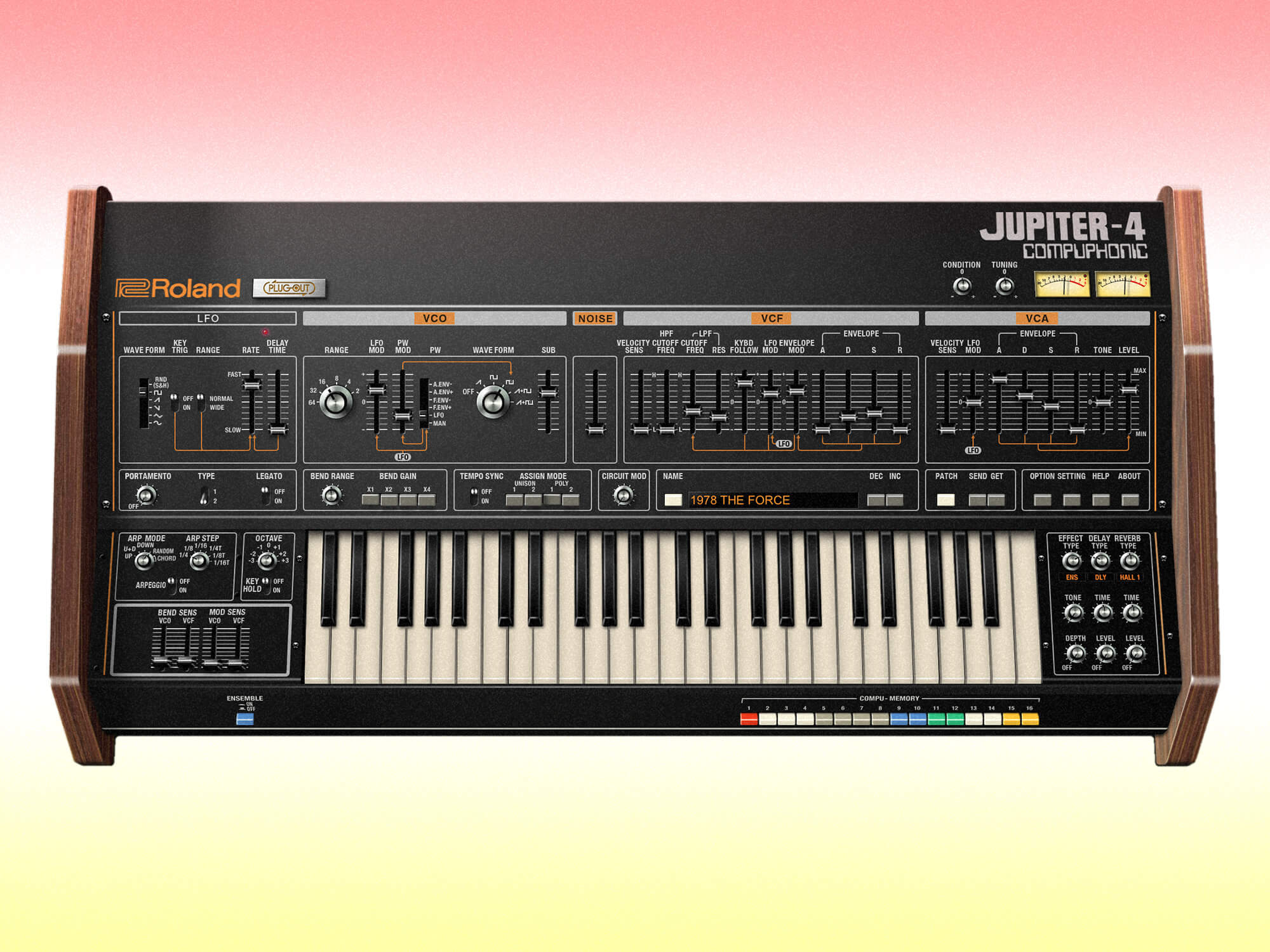 Roland has released Jupiter-4, a virtual synthesizer that emulates the original Jupiter hardware instrument, released in 1978.

Part of a new series of instruments available through Roland Cloud, dubbed the Legendary series, which includes the Jupiter-8 and Juno-60, this synth is said to be taken to “new heights” with its all-new digital capabilities, according to Roland.

The authentic sound of the original has been carefully analysed and is now available in plug-in form. This sound has an iconic warmth that shaped music during the 70s and 80s.

Its hands-on interface has now been replicated for the screen. It includes a 49-key keyboard, LFO section, VCO, a brand new circuit mod feature, a mixer, VCF and VCA sections as well as effects, delay and reverb knobs. There are also a number of other options to help modulate the Jupiter-4’s sound, including a PORTAMENTO knob.

What brings the synth into the modern day is the implementation of Roland’s evolving Analog Circuit Behaviour technology. It has been used through the “careful analysis” of vintage circuit diagrams, hardware units and other data. The ACB technology melds the LFO, filter and oscillator sections to give a huge sound, as was the case with the original Jupiter-4.

The new and revamped Jupiter-4 includes an extended oscillator range, which was not possible in the original hardware version. Additionally, users can get their hands on more control of the synth, with the ability to adjust the velocity sensitivity, sub-oscillator volume control and noise. With the plug-in version, users are also able to adjust the size of the user interface.

Finally, the Jupiter-4 has Plug-out functionality and can be used alongside Roland’s System-8 so the Plug-out synth can be turned into its own standalone, eight-voice Jupiter-4 hardware synth.

With Roland’s Pro membership, users can access two software synths from the Legendary series at $99 per year. The Ultimate level is $199 but offers access to all classic Roland titles in plug-in form, including the classic 808 and 606.