The new edition of the iD44 brings new features to the 20-in, 24-out interface. 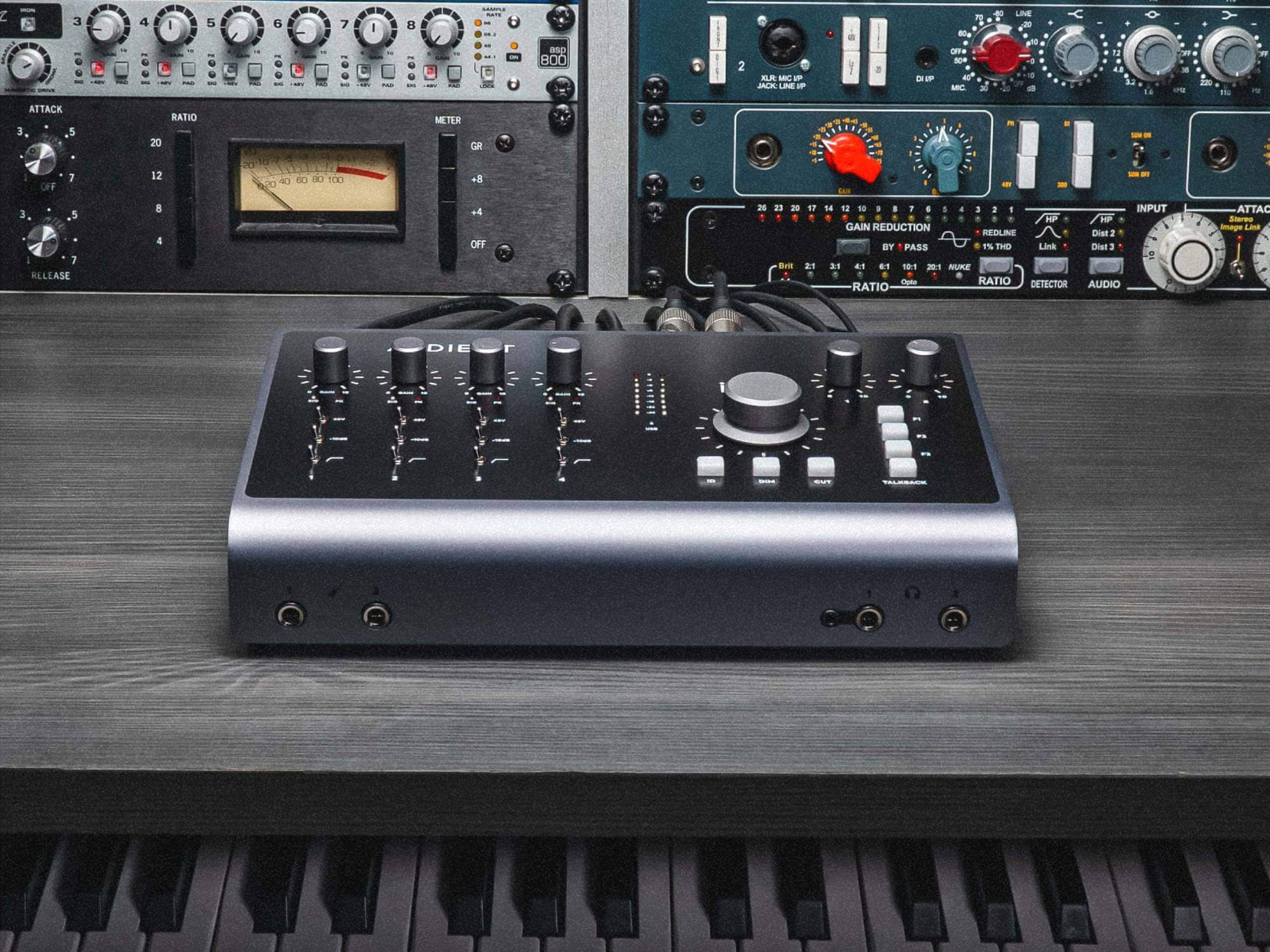 The new edition builds on the feature set of the 20-in, 24-out interface with the addition of an audio loop-back, dual headphone outputs, a sleek new finish and improvements to audio performance.

The interface comes loaded with four Audient Console mic preamps, the same found in the ASP8024-HE recording console. These are said to feature low amounts of distortion and noise, while still bringing a “touch of classic analogue warmth” to the mix.

On its own, the interface gives you four XLR inputs, along with two JFET instrument inputs and two fully balanced insert points. However, if you feel like expanding on I/O, there are also two ADAT expansion slots.

The analogue-digital converters (ADC) in the preamps have also been improved to offer -96dBu of total harmonic distortion – an improvement of 9dB over the old version.

The audio loop-back is a welcome addition for content creators, streamers and podcasters, allowing users to capture playback from multiple applications at once, together with the microphone.

Headphone monitoring comes through a 1/4” jack as well as a mini-jack, and with the dual amp, up to three headphone sets at a time are accommodated. There are also dedicated talkback, dim and cut controls.

Finally, the iD44 now comes in a smoke-grey all-metal enclosure.

Check out the iD44 in a demo video below: