Ping, snap and bounce your sounds around with this quirky VCA-style compressor 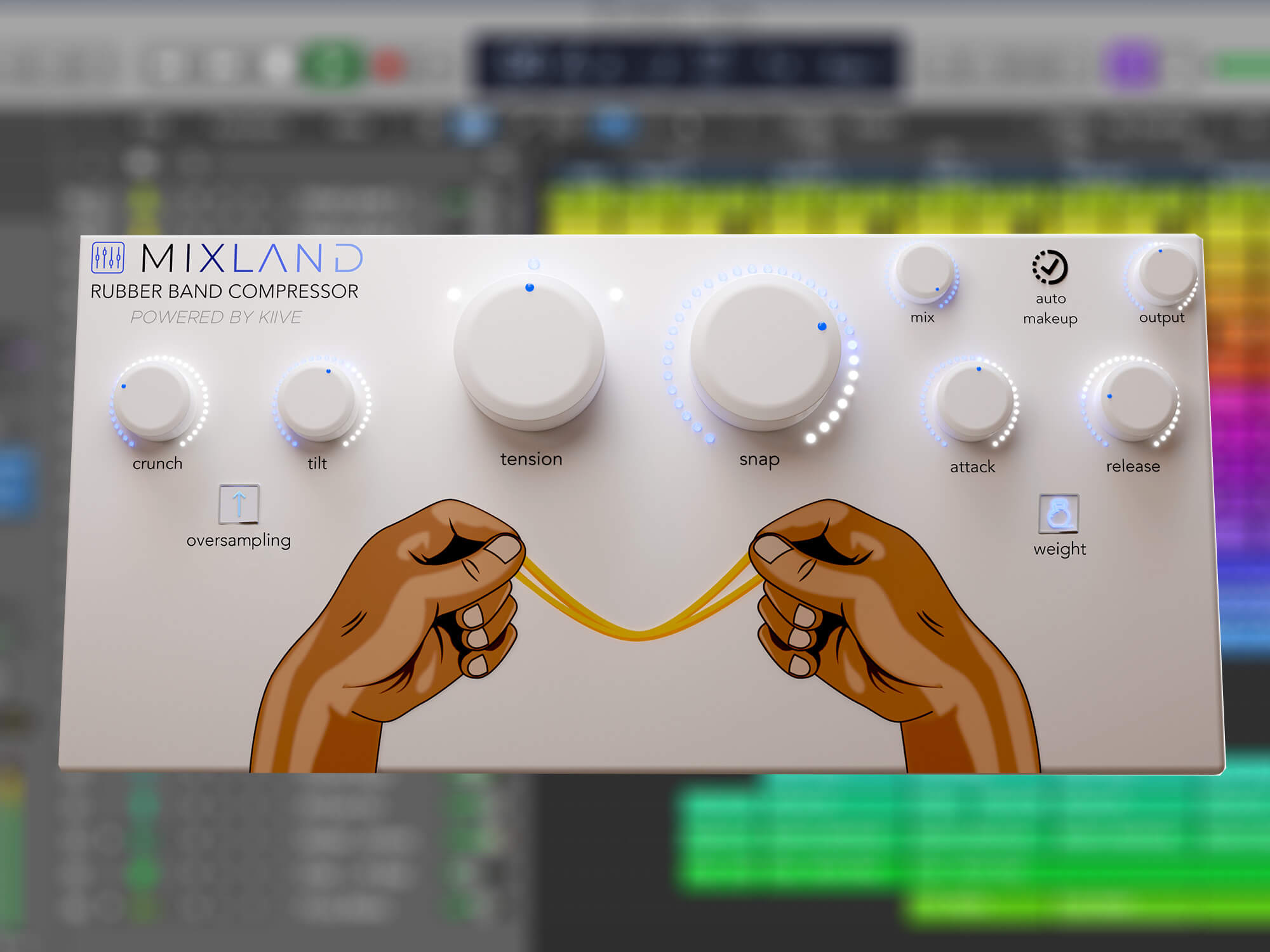 Mixland’s Rubber Band Compressor is a VCA-style compressor that lets you figuratively push your audio into a rubber band, with exponential dual-stage resistance. This is boldly visualised with a central display of two hands pulling on a rubber band.

When pushed into the rubber band, the signal snaps back based on the tension, timing and amount settings you’ve chosen. You can set the tension of the rubber band in three modes, Loose, Medium, and Tight. Each mode will define the compressor’s impact on the audio, with sounds ranging from “bouncy to snappy, transparent to pumpy and explosive”, Mixland says.

There are also dials on hand for attack and release, while a Weight circuit allows you to maintain the deep low-end of your sounds. Plus, a tube EQ section with Crunch and Tilt parameters allows you to accentuate high and low frequencies, and optional 2x and 4x oversampling.

In our review, we awarded the plug-in a 9/10 and a MusicTech Value Award. We said: “As with all compressors, RBC works better on some sources than others. It’s effective on drums, percussive synth parts and acoustic guitars, and can be stunning on vocals. However, we found it less suitable for subtle or transparent dynamics processing.”

The progressive nature of the compression, and the accuracy with which it can follow a signal, gives an impact and energy that’s hard to achieve with a conventional VCA compressor. The plug-in is affordable, too, and its accessible workflow makes it a perfect introduction to creative compression while being a sufficiently worthy addition to the most well-stocked plug-in folder.

Mixland’s Rubber Band Compressor is available now at an introductory price of $20, moving up to $30 at the end of November 2021.