The instrument is a collaboration with YouTuber Estefannie, who developed its code. 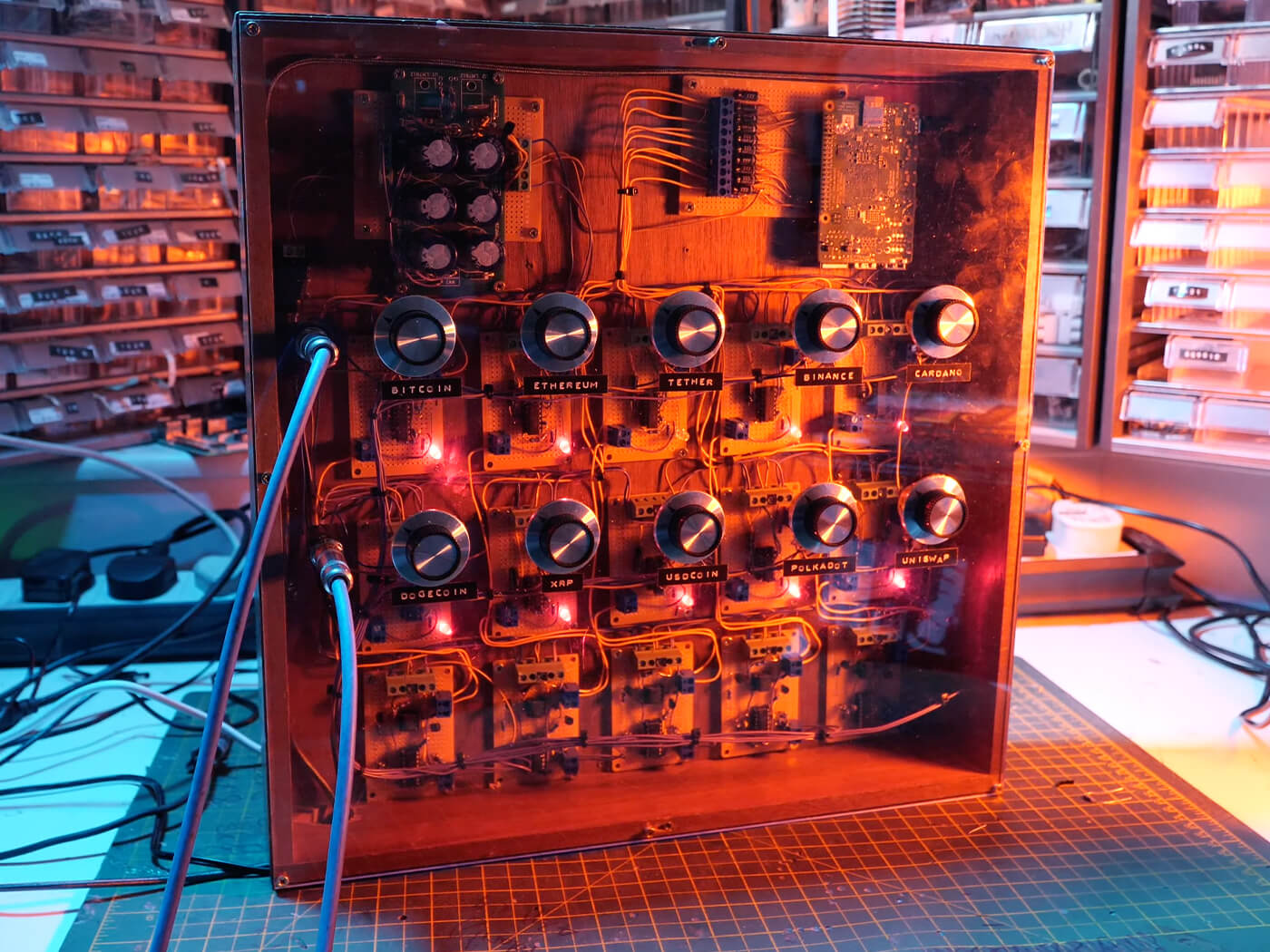 Sam Battle, the DIY music technologist better known as Look Mum No Computer, has created a synth that feeds off the price data of various cryptocurrencies.

The instrument measures the values of different coins – including Bitcoin, Ethereum, Tether and Dogecoin – and represents them as pitches. Its output is polyphonic, an amalgamation of all ten different currencies that fluctuates in pitch as they do in value.

Each coin and their respective breadboard is paired with a simple volume knob, which allows you to isolate any one coin or combination of coins in the output.

The project was a collaboration between Battle and YouTuber Estefannie, the engineer who developed the code behind the instrument. She also published her own video exploring the coding elements behind the machine.

Battle debuted the creation earlier today (12 July) in a pair of videos, an explainer (seen below) as well as an hour-long demonstration of the synth in action.

The synth will live in the Museum Of Everything Else in Ramsgate, Kent which celebrates obsolete and experimental technology. The museum is funded by the Look Mum No Computer Patreon page.

Earlier this March, Battle teamed up with Lego to craft a working vinyl DJ setup out of Lego bricks. The system featured a crossfader, sample pads and a direct drive system. To display its competency, Lego’s in-house DJ and mascot L.L.A.M.A demonstrated the setup in a video.