Try asking for this on a set rider. 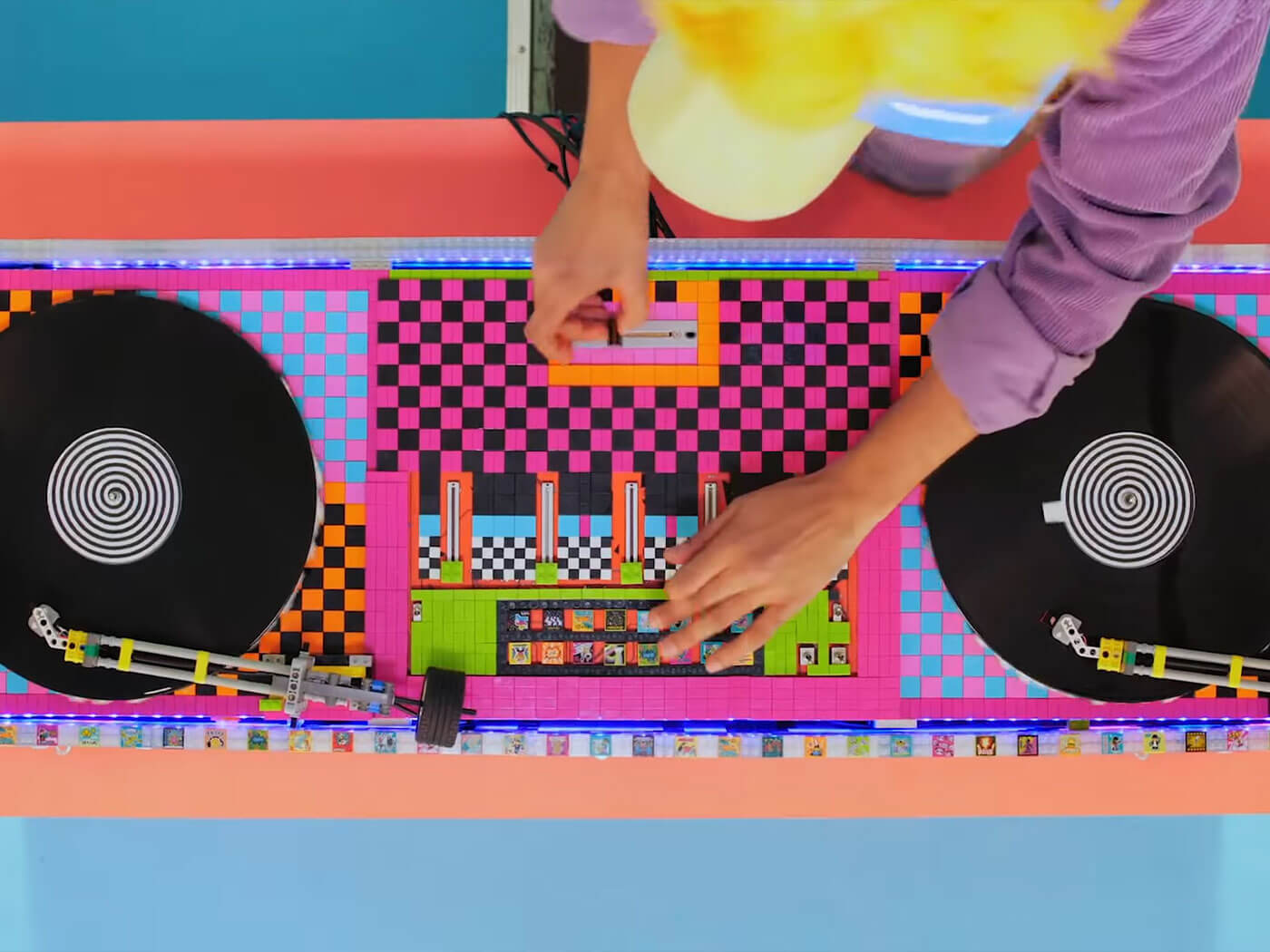 DIY music technology wiz Sam Battle, AKA Look Mum No Computer, has teamed up with Lego to create a functional vinyl DJ setup out of Lego bricks. The bricked setup is complete with a crossfader, sample pads and a direct drive system. Lego’s DJ, L.L.A.M.A, even gives it a spin to test its competency.

Of course, Look Mum No Computer had to solder some components onto a circuit board, attach a real cartridge and stylus, and cables to get it fully operational. The direct-drive motor is all Lego, though, using the plastic gears and pins we probably all remember using in our youth.

Battle uses the programmable Lego Mindstorm bricks, Lego System and Lego Technic components to control the vinyl player, setting the direction and speed. A set of sample triggers – Lego Vidiyo BeatBits – are housed on the mixer, which he says can control sounds in the Lego Vidiyo app.

The collaboration between Look Mum No Computer and Lego comes as the iconic toy company celebrates the launch of its Lego Vidiyo. The free app lets users create music videos with AR technology and music from Universal Music Group’s roster of artists.

Look Mum No Computer is revered for his wacky projects and contraptions. One of his most well-known inventions is the Furby Organ, which was also a prop in his TEDxOdense talk. Another impressive ongoing project is the GameBoy Megamachine which – you guessed it – is a polysynth made out of GameBoys.

Even with his idiosyncratic array of inventions, he’s managed to surprise us again with the Lego turntable. It simply poses the question: ‘What ever will he do next?’.