The speakers can be controlled via Apple Airplay 2 or Google Chromecast, and have access to Spotify, Amazon Music and other popular streaming services. 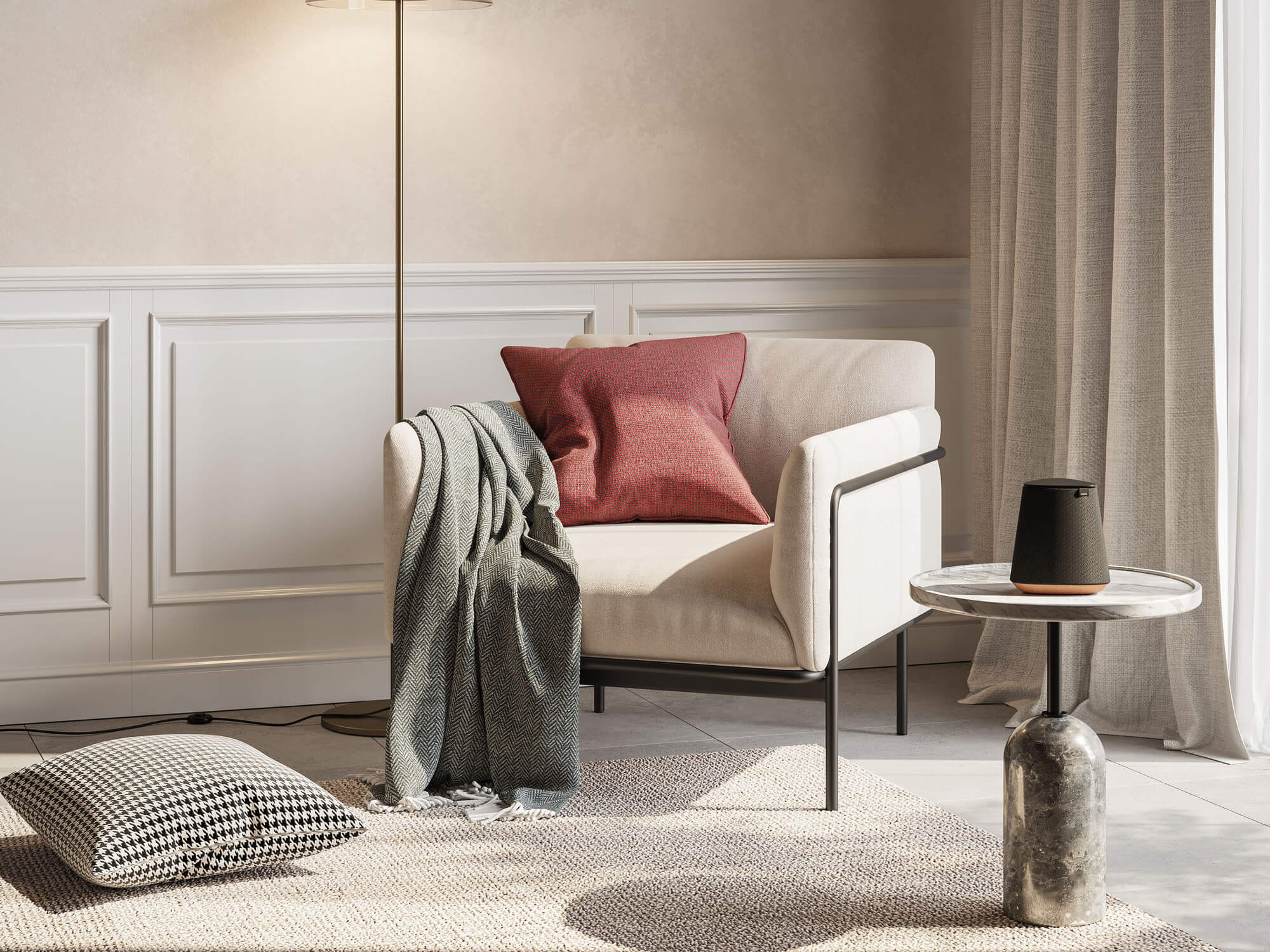 The release, which marks Loewe’s foray into home audio, comprises three different-sized speakers. All of which comes with multiroom functionality, thanks to DTS Play-Fi premium wireless audio ecosystem, as well as Apple AirPlay 2 and Google Chromecast.

Next up is the Klang MR3, which Loewe describes as a bookshelf speaker made for medium-sized rooms. It comes with a power output of 150W, and three full-range speakers, a subwoofer and two passive radiators.

Lastly, the Klang MR1 is the smallest speaker in the range, with a power output of 30W. It was also introduced as a rear speaker for the Klang Bar5 Soundbar due to its integrated wall mount and compact design.

All family members are equipped with WDAL 2.0, which makes it possible to control the speakers on the October-released Loewe Klang Bar5 MR as wireless, low-latency surround speakers.

Loewe Klang MR1, MR3 and MR5 speakers can be connected to a smartphone or tablet via Bluetooth (v4.2). Visually, the cone-shaped speakers are covered in “elegant acoustic fabric” with glass top panels, touch functionality and an LED display.