Korg reveals long-awaited Drumlogue, a “hybrid drum machine” which can be used as a synth

Analogue and digital drum sounds, a sequencer and effects are all included in the new launch. 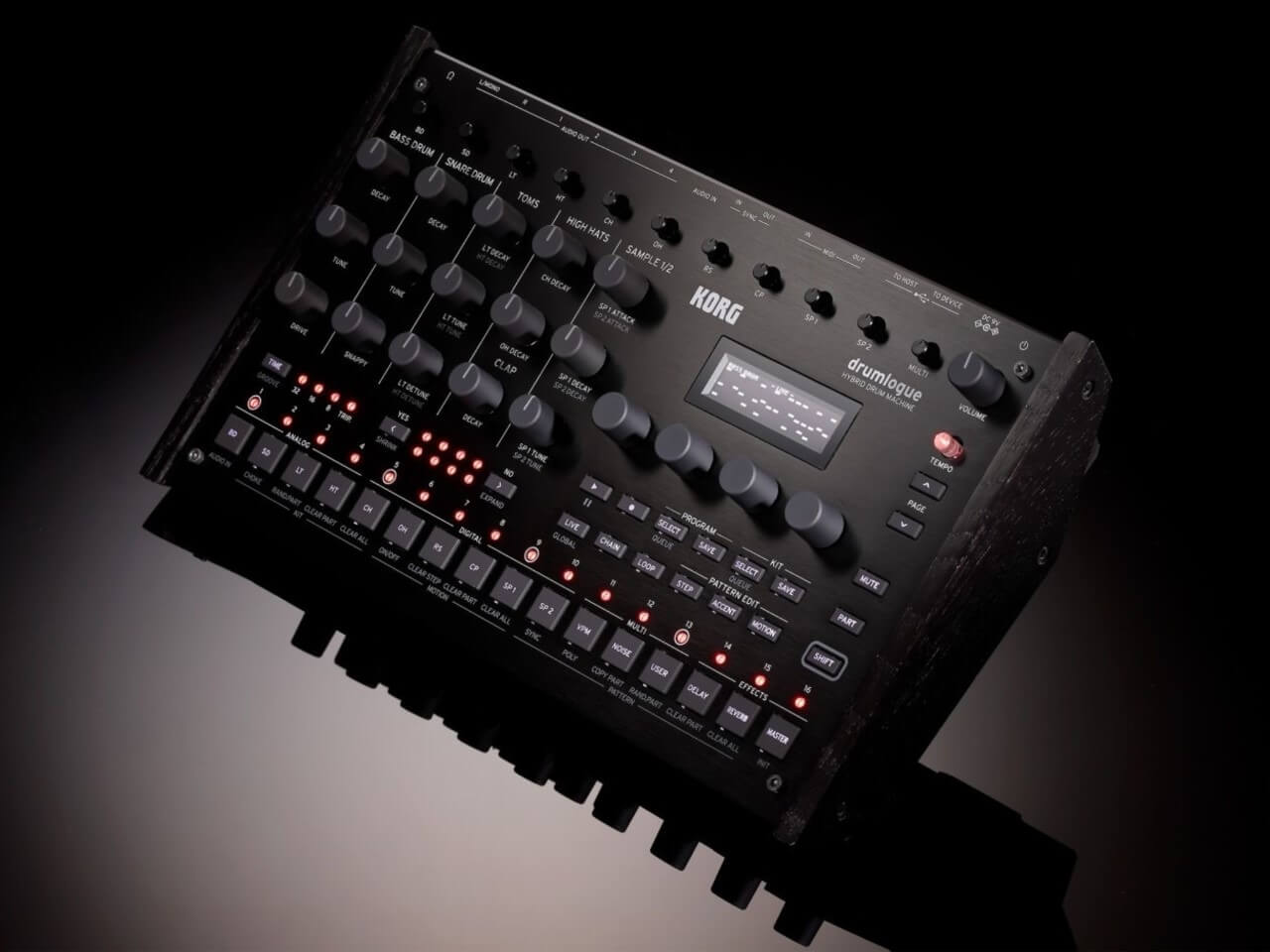 Over a year since it was first announced, Korg has finally released its long-awaited Drumlogue – a compact, hybrid drum machine with digital, analogue and sample-based voices.

Unveiled on Thursday 15 September, the compact new launch combines a range of eleven voices with analogue kicks, snares and hi and lo toms, all of which can be augmented with seven digital parts.

Made using new analogue circuitry from the brand’s engineer Junichi Ikeuchi, the Drumlogue is labelled as a drum machine that also works as a fully-fledged synthesizer. Promising to deliver an expanded version of the Multi-Engine found in other analogue products, the new release will allow users to customise their sounds with new synth features and give tracks “harmonic richness and a thick low end”.

Other features incorporated in unit include Chain mode, which allows for more interesting and longer patterns to be generated, Loop mode, which lets users switch between variations, and Randomisation, which enables instant experimentation.

Further to these, a wide range of effects, separated into delay, reverb and master categories, come as standard. While these can be used both simultaneously and individually, the unit also gives users the option to bypass the effects on a per-part basis – meaning the effects only impact specifically chosen sections of a track.

Alongside a wide range of I/O options, which enable connection to headphones and class-compliant MIDI devices, the Drumlogue also includes Nano, a new plugin from Sinevibes. Having already designed plugins for other, similar devices, the Sinevibes Nano gives users a taste of what the technology is capable of and includes features such as dual oscillators, optional ring modulation and built-in multi-waveform LFO.

The Drumlogue is expected to be available later this year for £529. Find out further details on Korg’s website.