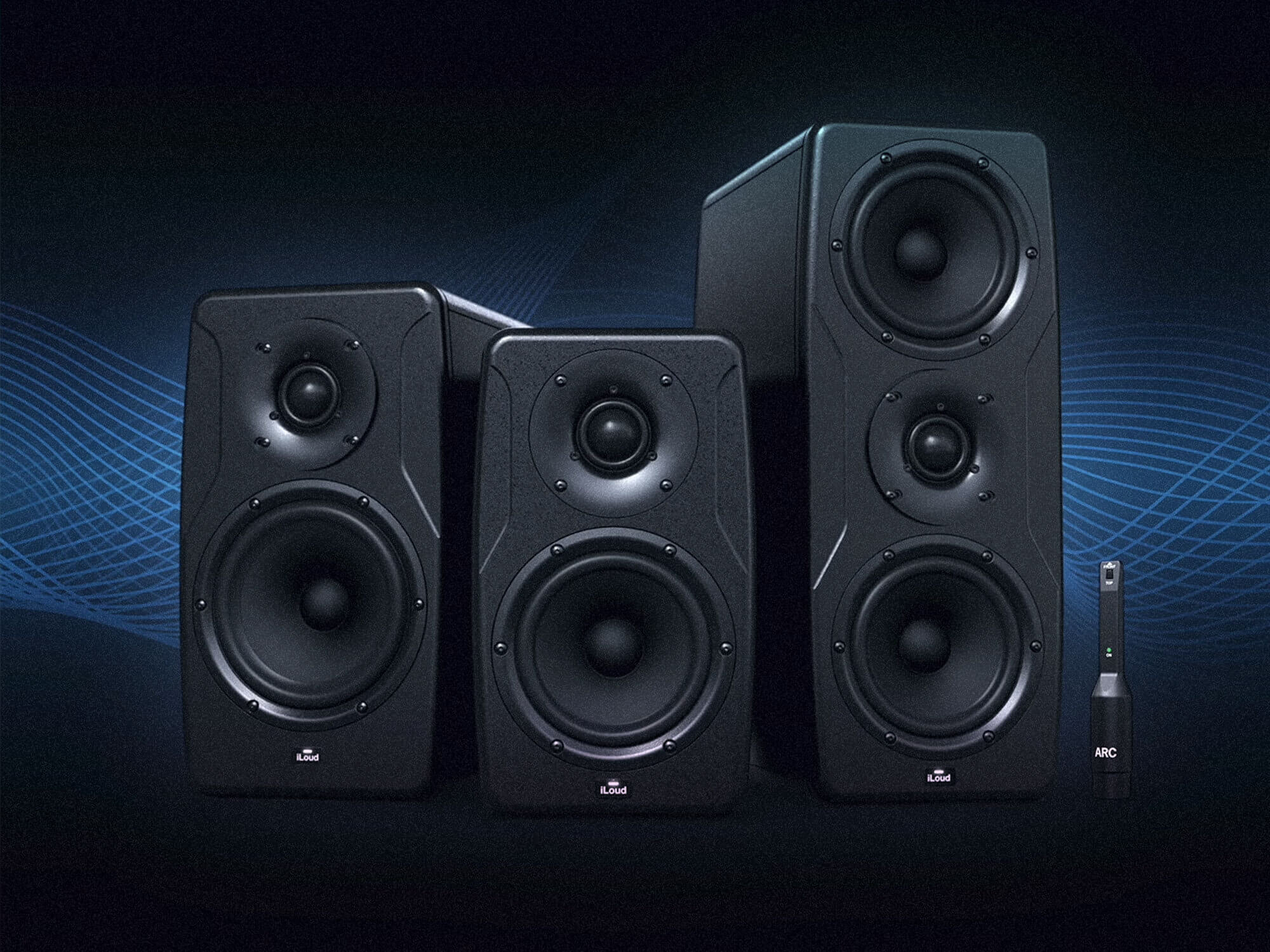 IK Multimedia has released its iLoud Precision Studio Monitors, boasting what the brand touts as a “breakthrough in nearfield monitoring” – built-in acoustic calibration courtesy of ARC System technology. The new X-Monitor technology also enables the monitors to emulate the frequency and phase response of over 20 other studio and hi-fi monitors.

The iLoud Precision Studio Monitors’ built-in acoustic calibration means that you can worry less about acoustically treating your listening environment. Each speaker’s ARC technology automatically tunes itself to any space. All you need to do is connect the supplied MEMS measurement microphone and the monitors will alter their frequency response to any setting, whether you’re in a living room or mixing room.

IK’s iLoud Precision series also introduces X-MONITOR – a control application for Mac and Windows that assists with ACR calibration and enables extended acoustic and voicing selection. Better still, you’re able to tap into the sound profiles of over 20 studio monitors from revered brands in the studio and hi-fi market, with IK set to add more in the future. You’ll also be able to A/B your mixes on a variety of different models – talk about a true reference. The software is set for release this October.

As well as the self-calibration to the listening environment, the studio monitors also feature a range of low and high pass frequency management options, including a switchable Full/35/50/65/90 Hz high-pass filter.

The monitors, building upon the iLoud Micro Monitor and the iLoud MTM, offer a high-frequency response from 36 Hz to 30 kHz, with a ±1 dB tolerance from 45 Hz up. They also leverage its 96 kHz internal DSP processing, digital crossover and custom-designed Class D amplifier to deliver true linear phase response above 150 Hz for precise stereo imaging.

The manufacturer has prioritised time coherence in the new release, with precise response alignment between woofer and tweeter drivers, offering high levels of time accuracy without sacrificing frequency response. This supposedly will eliminate the ear fatigue that can develop over longer listening sessions.

You can also purchase an iLoud Precision Remote Control for €69.99.

For more information about the iLoud Precision series, visit IKMultimedia.com.