The effects plug-in is available for both desktop and iOS. 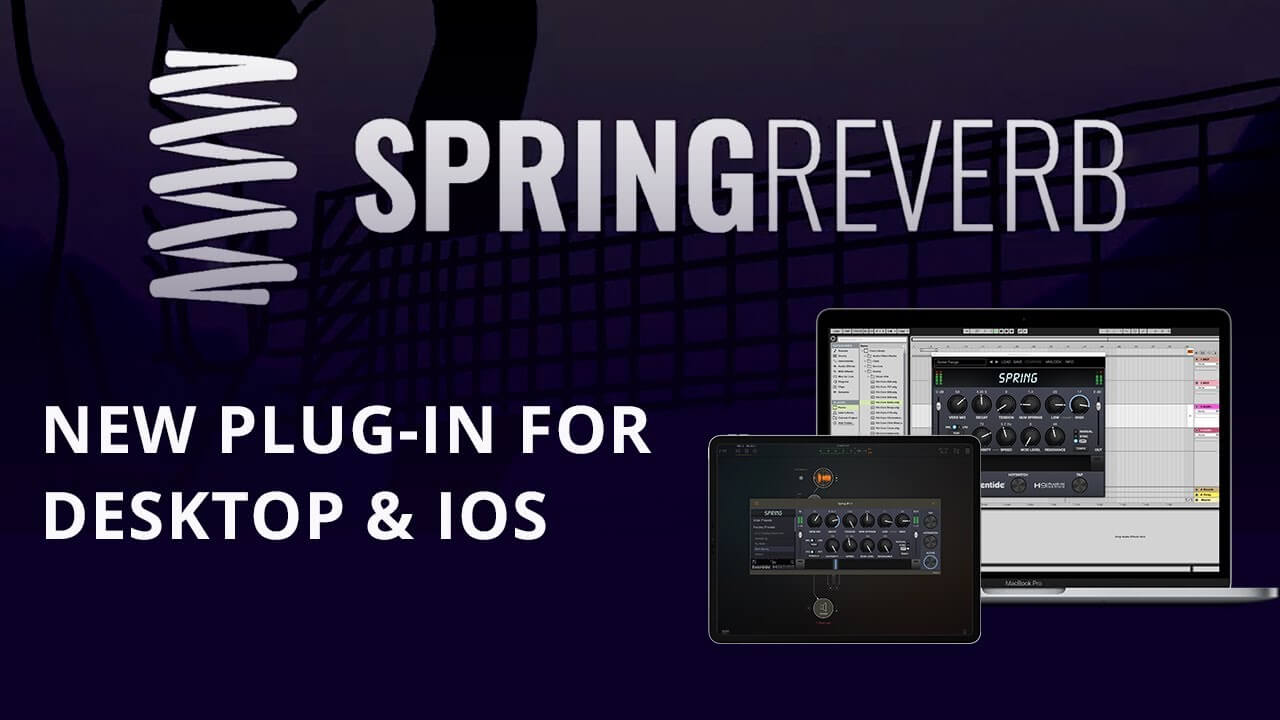 NAMM 2020: Eventide Audio has another effect plug-in for fans of its iOS and desktop range, with Spring Reverb. The effects unit will be on show at NAMM this year.

This year, Eventide Audio has been busy working on expanding its effects plug-ins that are compatible with both iOS and desktop platforms. The next effect to be introduced by the brand is Spring Reverb, which is, as expected, a reverb unit that is based on spring reverbs, more specifically the type often found in guitar amplifiers. The twist with Eventide Audio’s effect, however, is the ability to modify physical parameter controls that are not available in a physical spring tank.

The accessible parameters in Spring Reverb can be altered to “create faithful representations of real springs or push the physical boundaries to achieve new distinctive sounds”, the company says. Featured onboard the plug-in is Tension (TNSION) and Num Springs (NUMSPR), two knobs that work in tandem to provide control over the amount of depth heard from the spring in the processed sound. Further parameters include Resonance and Low and High damping.

Taking inspiration from its own creations, Eventide Audio includes familiar performance controls in Spring Reverb that are present in BlackHole, UltraTap and MAngledVerb. Ribbon will allow users to program two settings for any combination of the controls, and transition between them with ease. HowSwitch will instantly switch over to an alternate setting at the push of a button.

Spring Reverb also included Tremolo, based on tube amps, which can be used to add complexity and depth to guitar tone with user-friendly controls. This can be inserted either pre or post-reverb, extending the possibilities available in sound design.

Eventide Audio’s Spring Reverb is available now and is being debuted at the NAMM event in Anaheim this week. Find out more at eventideaudio.com