MangledVerb is next up in Eventide’s iOS plug-in collection

The effects unit combines a stereo reverb and a complex distortion 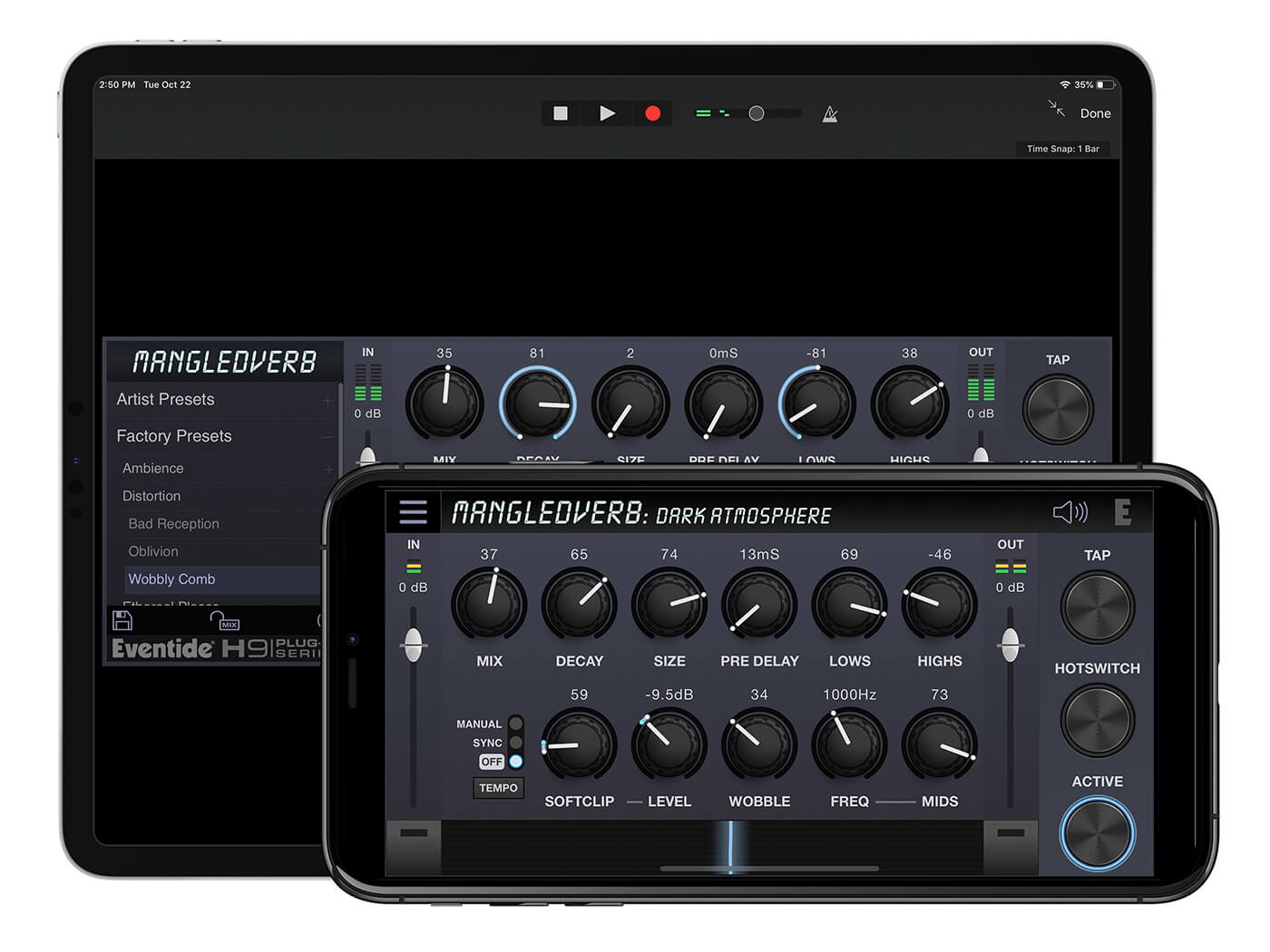 After recently releasing Rotary Mod for iOS, Eventide is following up with MangledVerb, an effects unit for audio running through iOS. The effects plug-in combines a “rich reverb and devastating distortion”, Eventide says.

MangledVerb has been available as a desktop DAW plug-in for some time now, but Eventide has brought the power of the effects unit to the palm of musicians’ hands. The effects app starts with a pre-delay, feeding into a stereo reverb and then into a complex distortion. As Eventide delicately describes “sonically it can range from the light friction of a bow scraping a cello string to the mayhem of a caged beast being poked with a red-hot flounder!”.

With Size and Softclip parameters, MangledVerb is capable of creating interesting soundscapes, with anything from a soft distortion to hard, crunching overdrive. A Wobble dial can control “spookiness”, Eventide describes, which is likely an LFO modulating the reverb.

MangledVerb is built for performance, with the Ribbon control used to control multiple parameters at once. Hotswitch can be programmed to change multiple parameters instantly, all at once, letting you jump from one preset to the next. Mix lock will let you scroll through factory presets while keeping the wet/dry mix in place. The app even includes a Tap Tempo feature.

The iOS unit supports Mono-In/Mono-Out, Mono-In/Stereo-Out, or Stereo-In/Stereo-Out. It’s compatible as an Audio Units AUv3 plug-in, Inter-App Audio and standalone app for iOS. MangledVerb is available from the App Store now at $14.99

For more information, head over to eventideaudio.com