Budget music brand Donner to release its first analogue synth, the B1

Despite the low-cost price tag, the new Analog Bass Sythensizer seems to offer a lot. 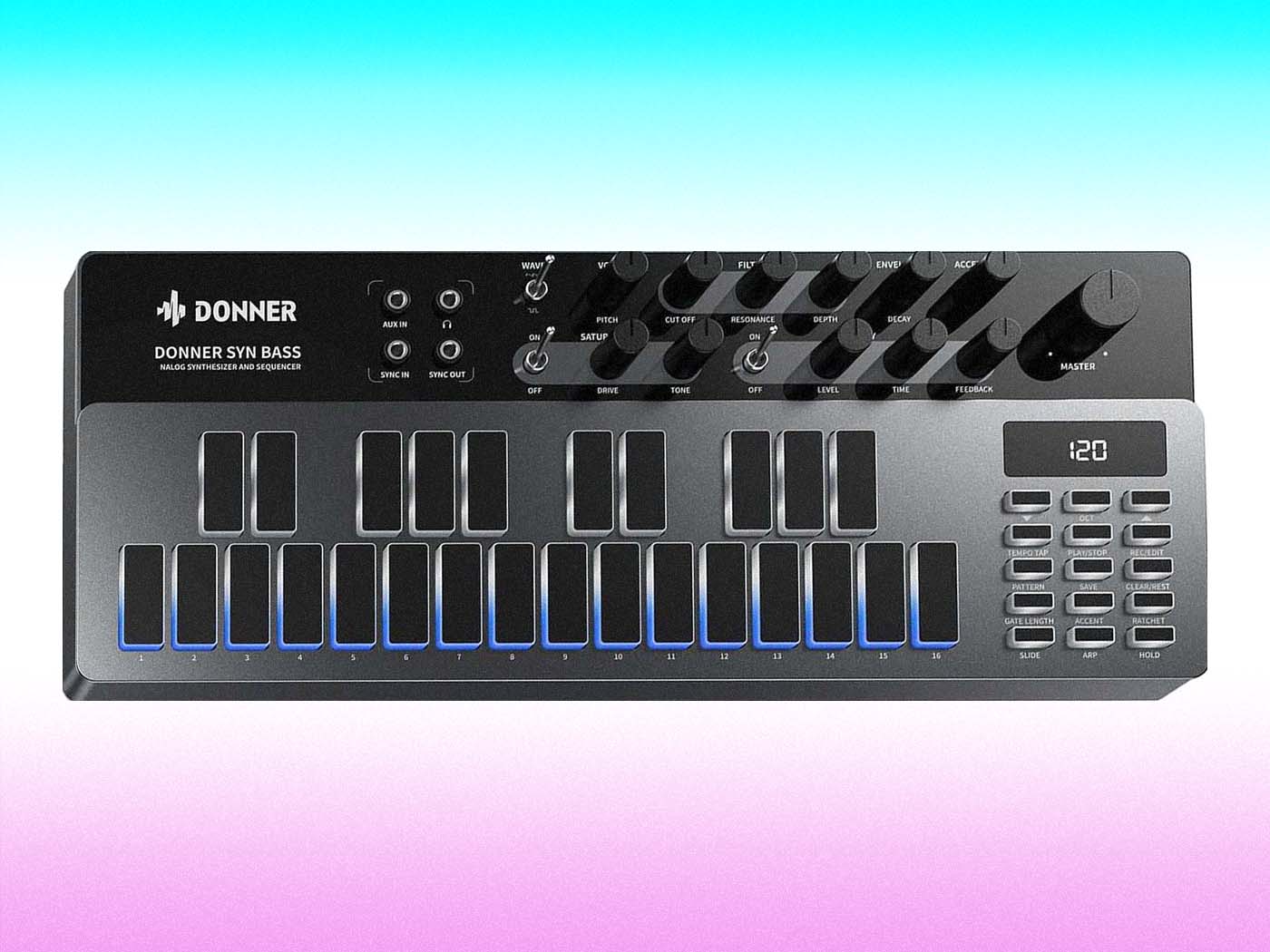 Donner, the China-based tech and guitar pedal manufacturer best-known for its budget products, has just announced its first-ever analogue synth, the B1.

The B1 is a 303-style Analogue Bassline Synthesizer with a sequencer. And while it only features a single oscillator, you can choose from two waveforms: sawtooth or a square, as well as introduce pitch modification in a manner similar to the original Roland TB-303.

It also features built-in distortion/saturation to add variety to your sounds and a tape delay effect which can be turned off with a switch.

The synthesizer also has a number of playing options, such as the 26-note silicon keyboard with coloured backlights, its built-in 16-step sequencer with 128 factory presets and 128 user ones, arpeggiator with hold function, or via MIDI.

On connectivity, the synth has front and rear panel connections. On the front there is an aux in, headphone jack, as well as sync in and out sockets. On the back there is a USB-C socket for USB or for a MIDI keyboard. In addition, there is also a MIDI in/out interface on 2.5mm TRS which allows for the user to send MIDI data to other synths.

The Donner B1 Analogue Bass Synthesizer is available now for $168.99 from DonnerDeal.com.