Hear a synth made from a destroyed Russian tank headlight 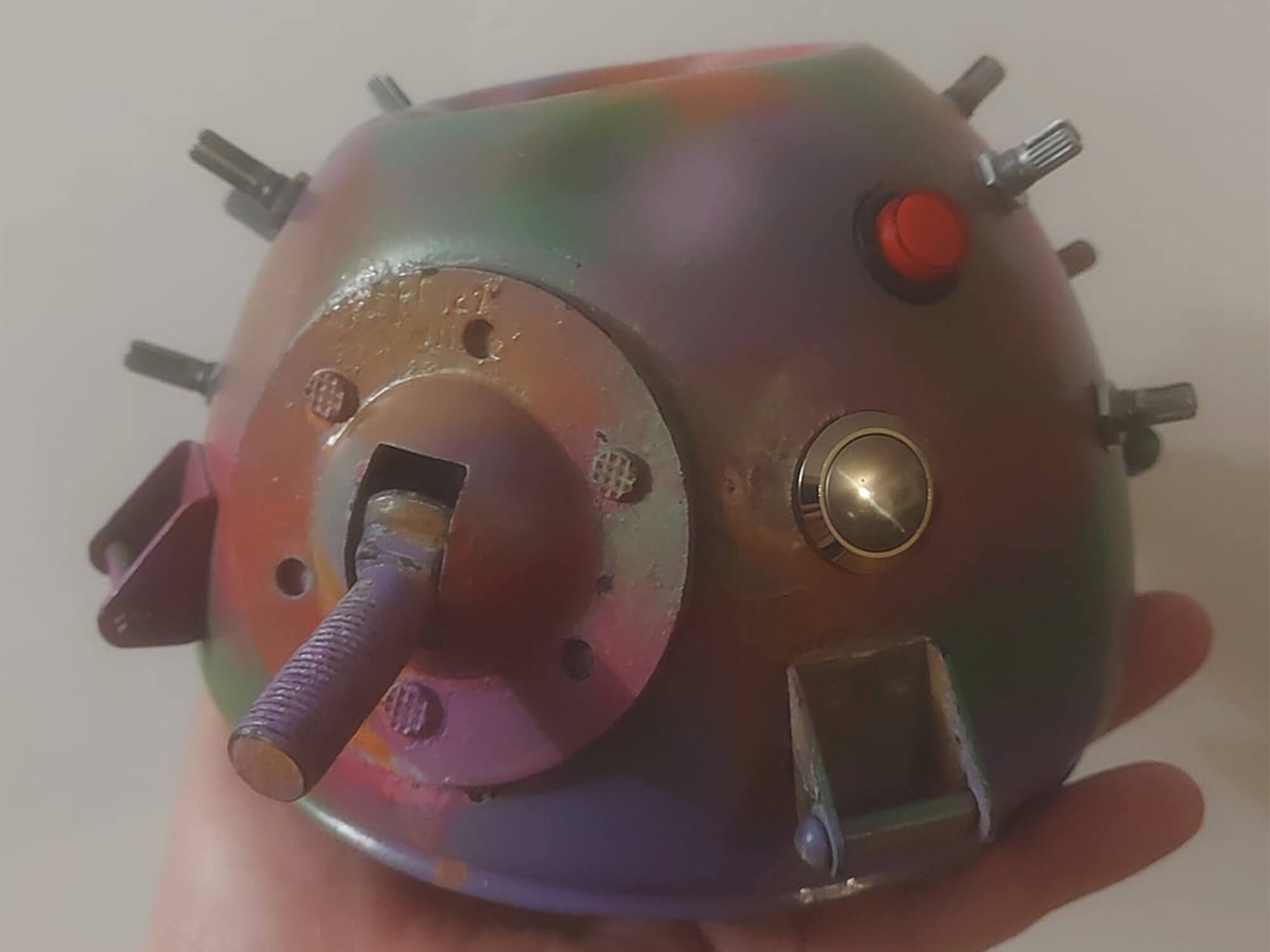 Ukranian musician Sherman Drozd has defied Russian invaders by salvaging a headlight from a destroyed Russian tank and turning it into a synthesizer. Named the “Psychedelic Soldier,” the synth’s chassis was salvaged from a tank destroyed by a Javelin missile near Kyiv while Drozd was delivering humanitarian aid to the village of Dmytrivka.

Watch the synth in action below

“I started to build synthesizers four years ago,” Drozd told CDM. “I have noticed that synthesizer collectors and musicians are often attracted not by how the instrument sounds, but by its appearance and unique ways of controlling it.

“With the outbreak of a full-scale war in Ukraine, I thought: ‘What if I make synthesizers from those artifacts that the war leaves us?’ First of all, I was interested in tubes from rocket-propelled grenades. But now it is unrealistic to get them, although the soldiers promised me a couple, as well as enclosures of anti-personnel mines (you can make cool guitar pedals out of them). An interesting fact is that radio amateurs in Kyiv collect boxes of bullets. It is very convenient to place your electronic projects in them.

“Leaving the idea of rocket-propelled grenades for better times, I went to deliver humanitarian aid to the village of Dmytrivka in the Kyiv region, where active hostilities took place. There are a lot of destroyed military vehicles — in particular, the tanks that were destroyed by the Javelins. I decided to collect some trophies that could be used in the construction of synths. For example, I found an AK cartridge, which was hit by a bullet that stuck in it, machine-gun belts, and large DShK cartridges.

“But the most interesting find in Dmytrivka was a headlight from a bombed-out tank. It was crushed by the shock wave, but it still retained its domed shape. And it turned out that it is great as a case for a synthesizer. I built simple granular synths on Arduino: some simple oscillators and Glitch Storm. As a result, they produce wild 8-bit drone noise, which is a wonderful soundtrack for modern wars.

“I named this synthesizer ‘Psychedelic Soldier’ after the myth that exists around the original title of the movie Apocalypse Now.”

Drozd doesn’t plan on stopping there. “Now I am trying to make an antenna for a theremin from all these findings,” he said, “which I will call the ‘Altar of War’. I really liked one fragment from a shell, but it was very heavy and would rather become an ashtray.”

Credit to CDM for this story. For more information on how you can help those affected by the war in Ukraine, see Musictech’s round-up of charities, record labels and campaigns you can support.