Harness the emotive sound of the James Blake, Frank Ocean and The Weeeknd producer 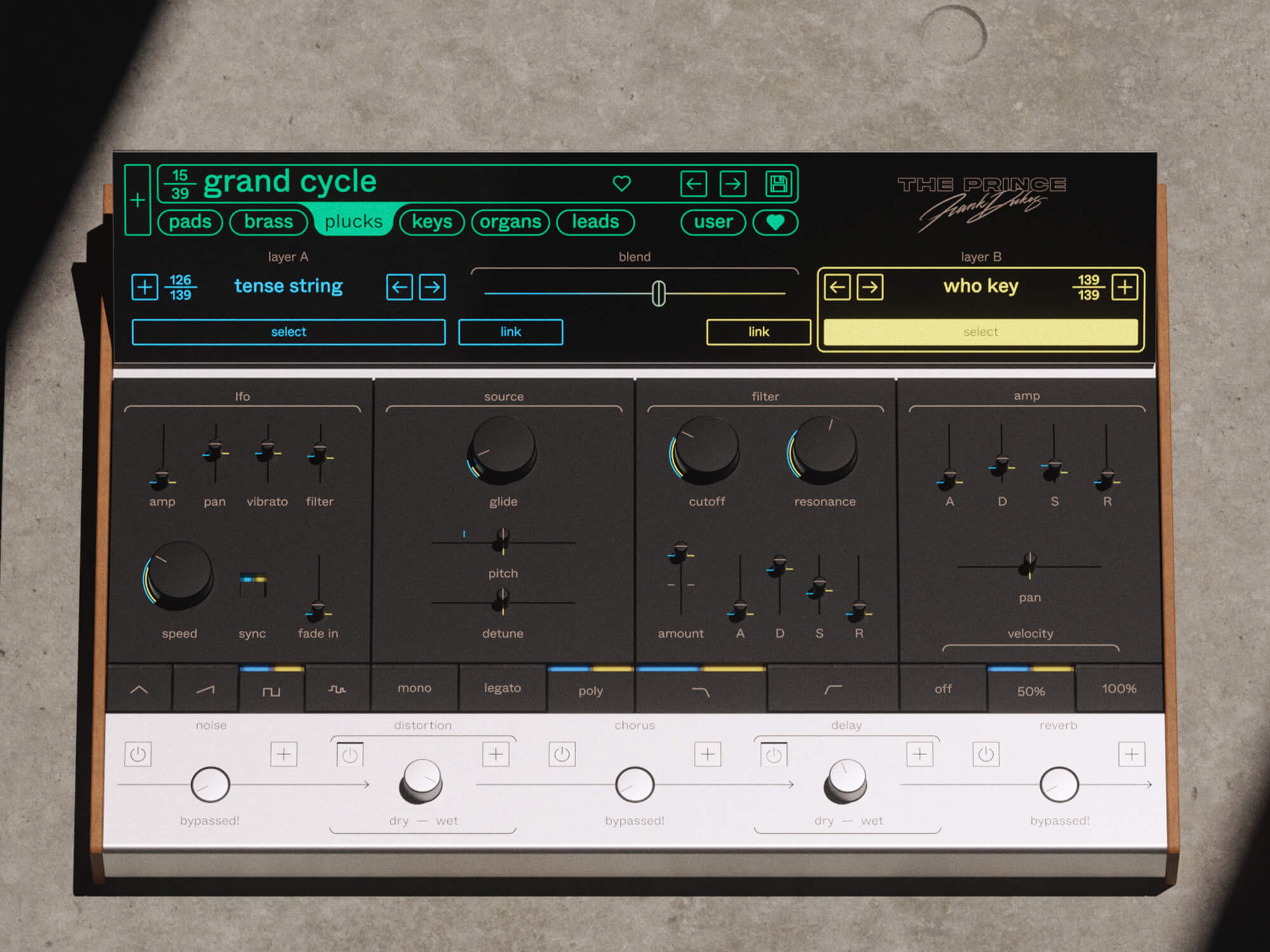 Frank Dukes has collaborated with Cradle, a brand new software company, on The Prince software synth. The plug-in allows producers to channel “the unmistakable sound of Frank Dukes”, Cradle says.

The Prince comprises 139 source sounds from Frank Dukes’ collection of vintage synths and keyboards. According to Cradle, the plug-in “was created out of necessity”, essentially allowing Frank to put all of his favourite sounds into one instrument. The producer for James Blake, Frank Ocean, Drake, Taylor Swift and The Weeknd says he “made this synth for anyone who wants to approach making music” without requiring in-depth knowledge of synthesis.

Frank has included the same sounds he used for Drake’s Pop Style, Travis Scott’s Pick Up The Phone and more. He also says he’s been using The Prince “on almost everything” he’s been working on lately.

Users can load source sounds into two layers, which can then be blended and linked together using a central crossfader. Each layer can then be manipulated with an LFO, filter, amp envelope and source module.

For example, layer A can contain the Brass Pluck sound, while layer B can be Piano 1. Moving the Blend fader towards layer B will make the Piano 1 sound more prominent, with Brass Pluck being lower in amplitude. Then, you can select a layer to adjust the filter cutoff, its pitch, glide amount and amplitude envelope, which are all adjustable with the LFO. 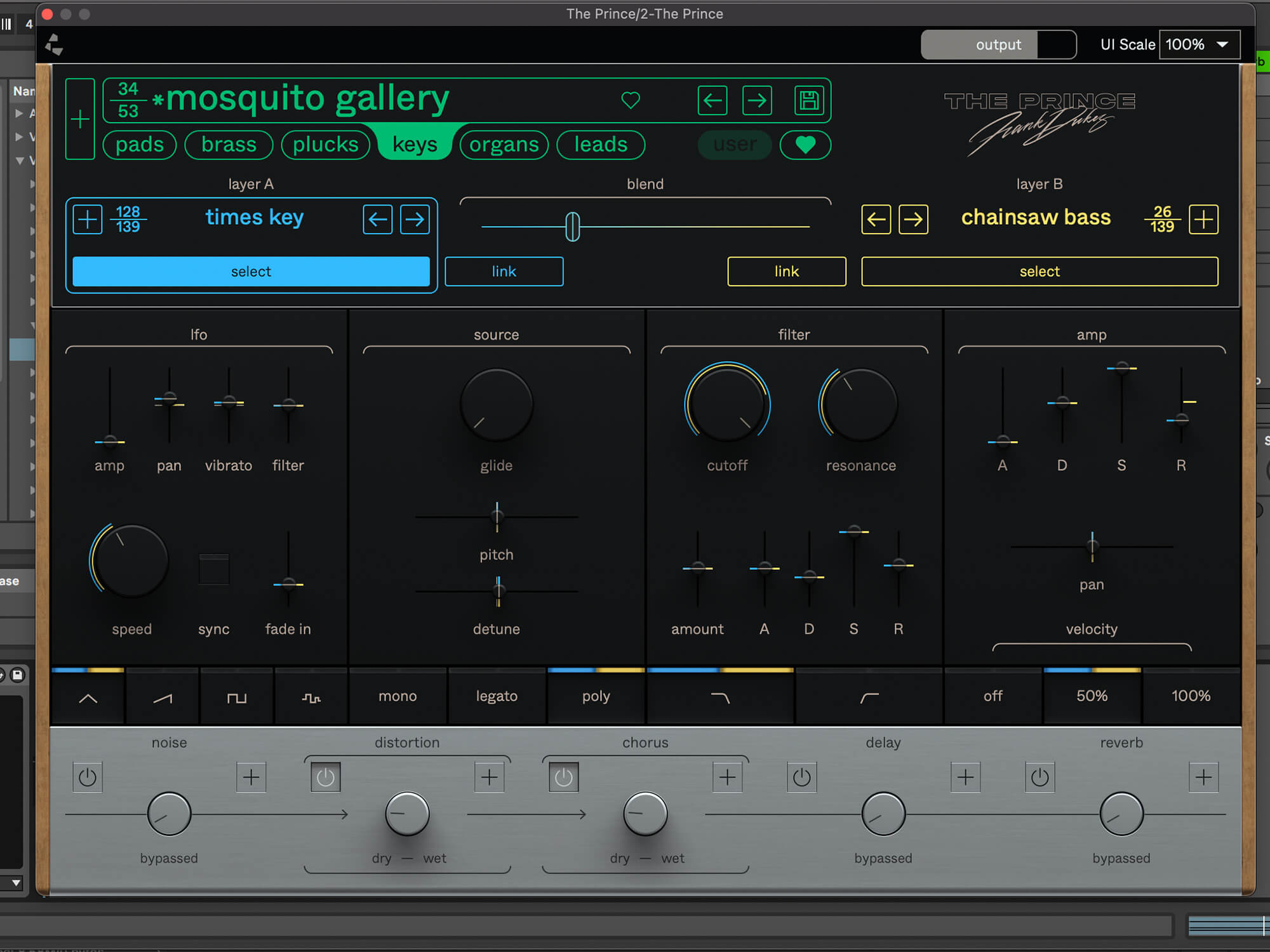 Below the modules are five effects: noise, distortion, chorus, delay and reverb. These are all very straightforward, with a dry/wet knob to dictate the prominence of the effect and an expandable section to change the properties of each effect.

Frank Dukes has also created 250 presets for The Prince to provide instant inspiration, with presets categorised into Pads, Brass, Plucks, Keys, Organs and Leads. These can be easily tweaked so users can transform the preset into their own.

Watch Frank Dukes demonstrating The Prince and explaining its conceptualisation and development below.

The Prince is available now for $119 and as a five-day free trial in AU, VST3 and AAX formats.