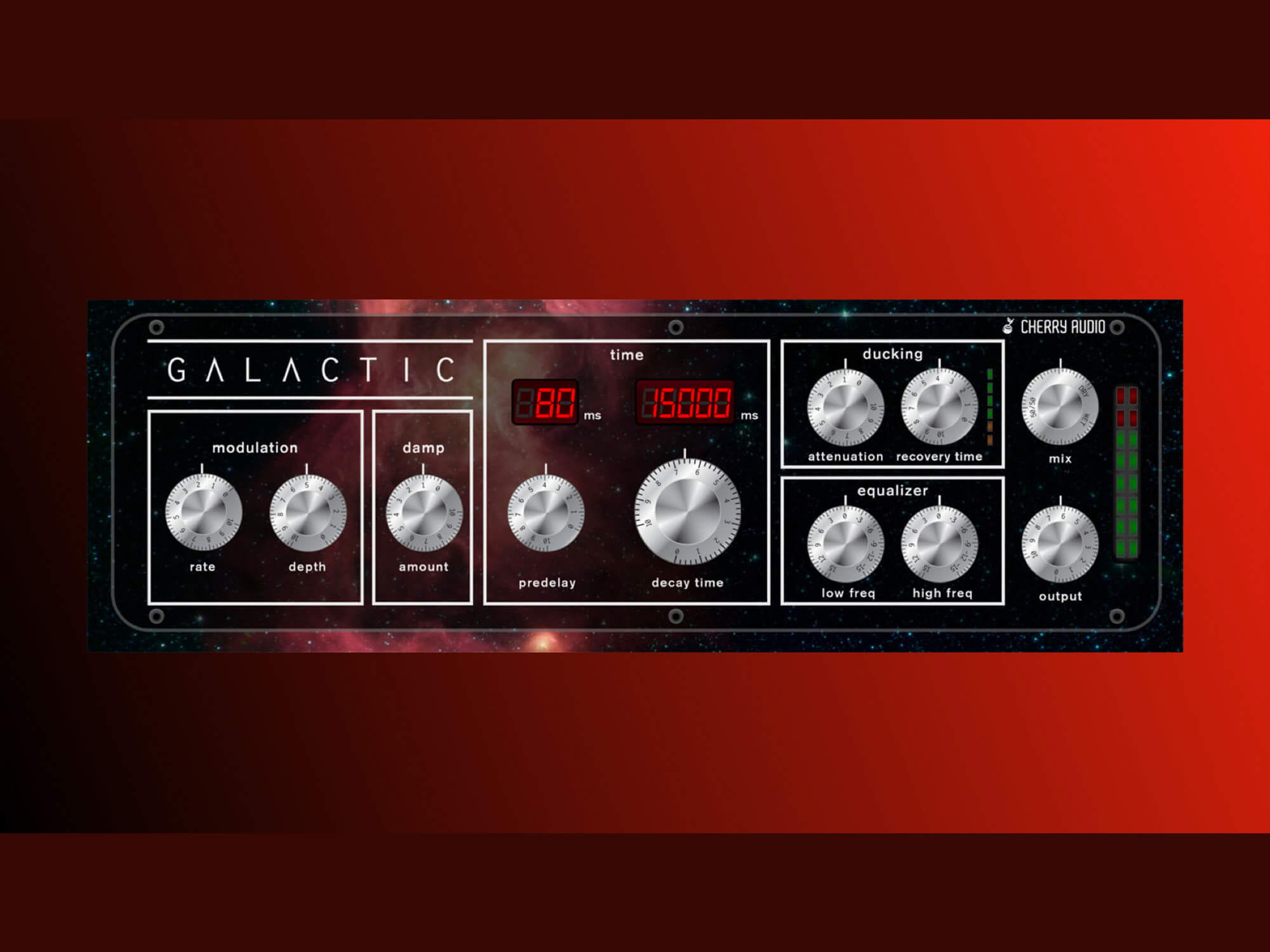 Cherry Audio has unveiled its latest algorithm plug-in, the Galactic Reverb, made for otherworldly sounds and lo-fi dreamy beats.

The Galactic Reverb is based on the Dreamsynth DS-1 synthesizer plug-in algorithm with new features. On the updated reverb, Cherry Audio offers a decay time of up to 35 seconds aiming to enable users to develop stretching and aural spaces for a space-age atmosphere.

Cherry Audio claims it is “a natural for transporting guitars, drums, keys, and even vocals into an extraterrestrial ambience.” Several modern features aim to give more control and versatility such as a new pre-day, damping control and an equaliser section with low and high-frequency controls.

It also features a modulation section consisting of an LFO (0,1 Hz to 5 kHz) with rate and depth controls, and allows you to apply it to the reverb tail. A ducking function has also been added in for automatically reducing reverb levels while the source signal is playing, aiming to improve the mix clarity (nifty for the long reverb tails this plug-in will produce) and an added bonus: It doesn’t require sidechain.

50 presets are also already loaded onto the Galactic Reverb for those looking to get straight in on the action, or for something to spark their own inspiration.

You can take a look at the demo below to hear it in action:

A free seven day trial demo is available for those who are sceptical, but if you’d like to make the Galactic Reverb a permanent resident in your effects set up, it’s retailing at an introductory price of $19 until July 31,  going up to $29 for its regular price thereafter.

Find out more on the Cherry Audio website here.