Its PX-S7000 comes in three popping colours, including an all-new mustard finish. 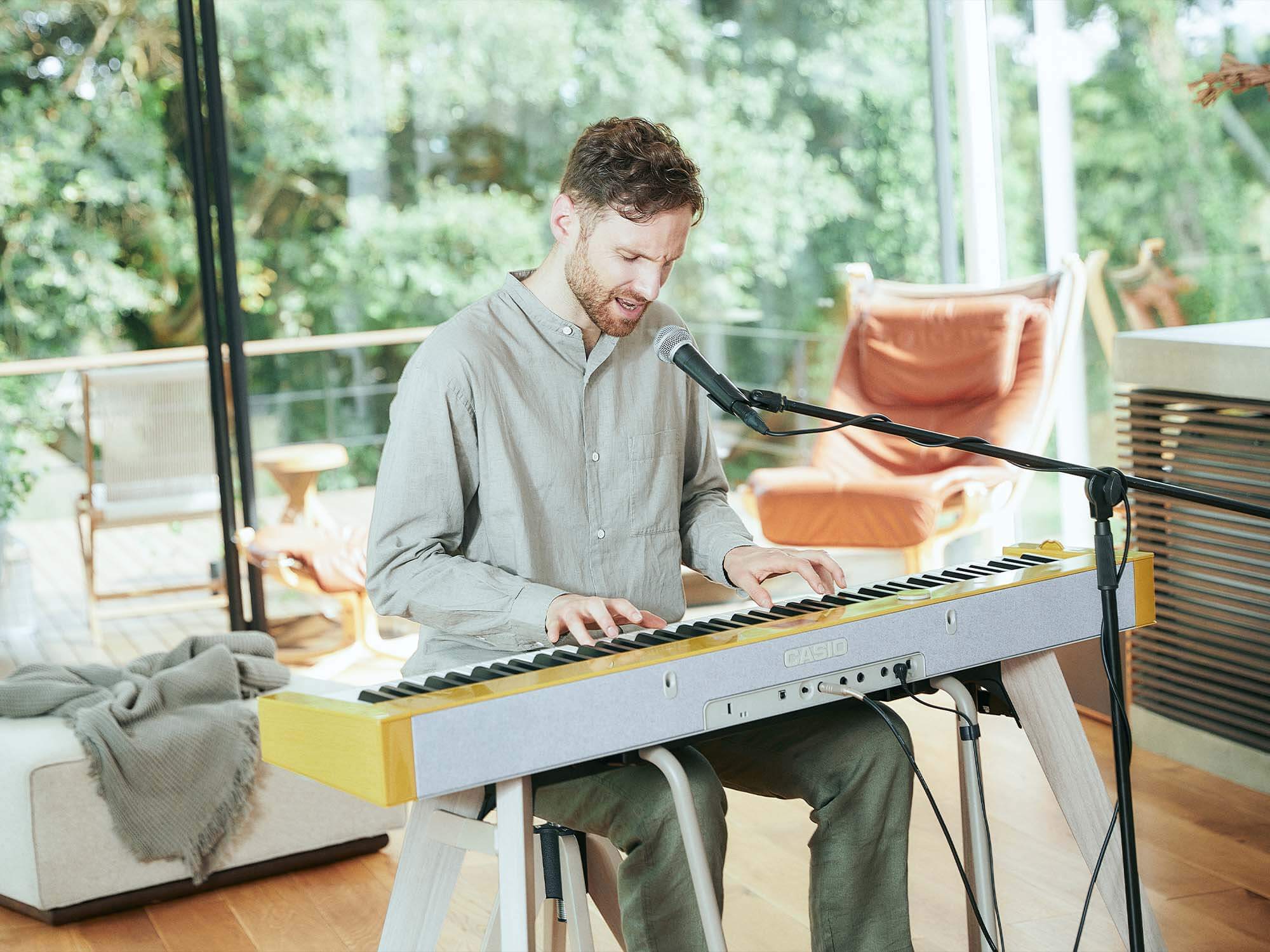 Casio has unveiled its new Premium Privia digital pianos, the PX-S7000, PX-S6000 and PX-S5000. The new lineups feature colours and finishes with charisma and designs that look stylish in a modern living space.

Its keys are constructed through a mix of resin and “unique spruce wood”, according to Casio, which is said to offer improved key density for stable playing. It has a digital display and surround sound so it can be positioned at any point in a room, and includes fixed pedals via a transparent stand. The PX-S7000 comes in mustard, white and black with prices starting at £2,099. You can watch the video below to see one in action:

The PX-S6000 has similar specs to that of the PX-7000 but with fewer built in sounds at 350 compared to 400. It is not sold with fixed pedals or a stand – these are available separately. It’s available only in black.

This model does come with a Tone Modify function, however, which you can also access on a smartphone using the Casio Music Space app. This syncs via an included wireless MIDI/audio Bluetooth adapter, and also enables tone editing on the PX-S7000. Both models come with a pitch bend wheel, too. The PX-S6000 is retailing at £1,499.

Lastly, the PX-S5000 offers a lower priced version of its Privia siblings, with reduced features and just 23 tones, but still shares the same keyboard design. It’s pricing is set at £999, and again, you’ll have to buy a stand and pedals separately for this model. It too comes in a black finish.

You can find out more and take a detailed look at the features included on Casio’s website, casio.co.uk.