by Will Betts
#AES 2019#Mixing#Production#Recording#Video
News

Six of the best microphones, controllers, desks and more from AES 2019. 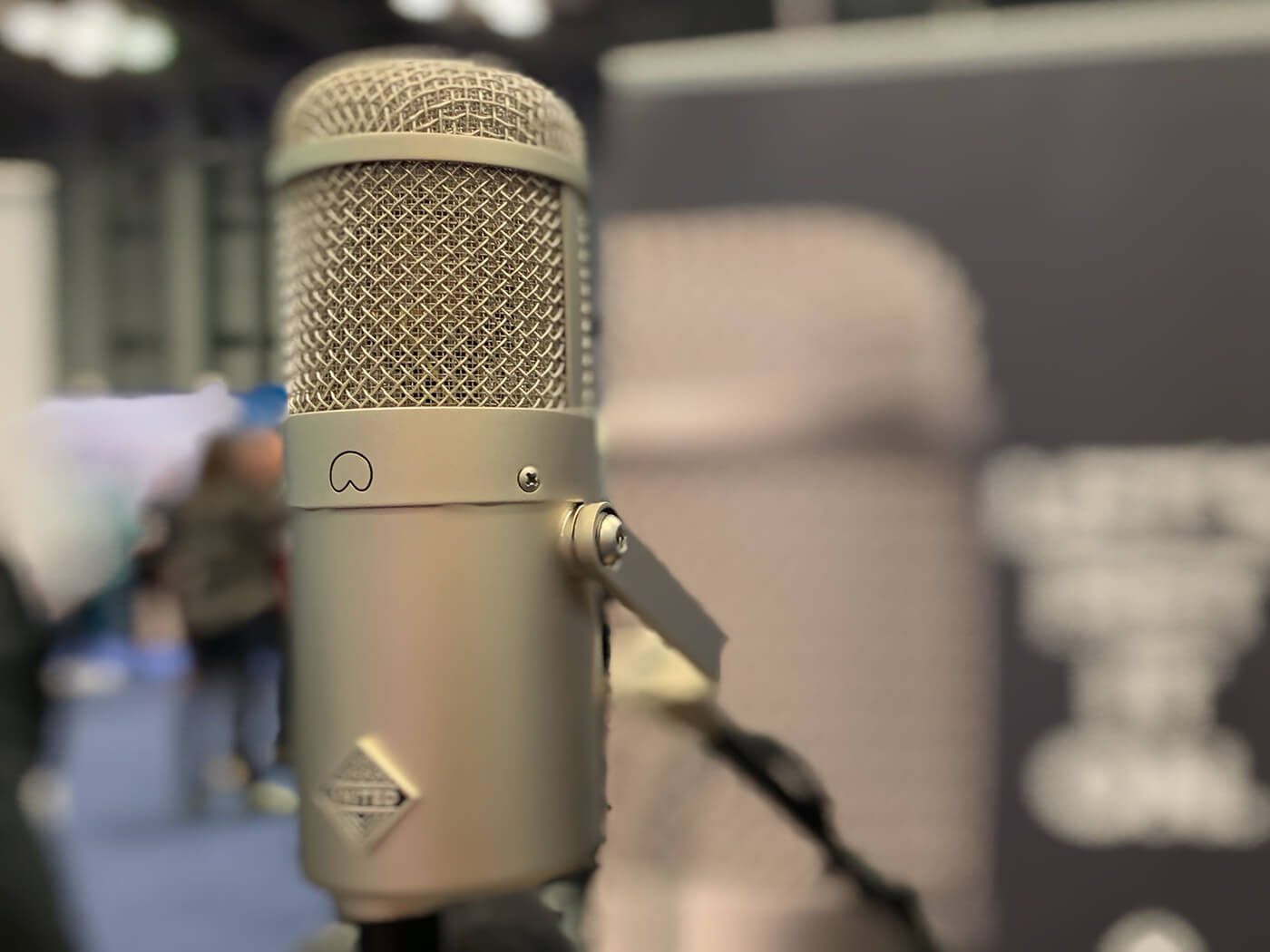 AES 2019 served up a treasure trove of new hardware and we were fortunate enough to get our hands on a whole range of exciting, upcoming products – from SSL’s first console in 15 years, an affordable reproduction of the classic U47 FET to a battery-powered podcasting station.

As United Studio Technologies’ first-ever product, the UT FET47 promises to be an accurate clone of the legendary U47 FET – and it retails for only $800. The condenser microphone, according to the new company, uses “robust and over-spec’d components, including NOS military-spec polystyrene capacitors and tested, original NOS Fairchild FETs”.

The LCD-1 headphones integrate Audeze’s planar magnetic technology, ultra-thin ‘Uniforce’ diaphragms and low audible distortion bass into an open-back, foldable and light-weight design. The LCD-1 ‘phones deliver high-quality audio in a comfortable and travel-friendly-package and are designed for mixing, mastering and audiophile listening.

Billed as an all-in-one solution for podcasters, the Zoom LiveTrak L-8 combines a 12-track recorder, eight-channel mixer (six of which have mic preamps), soundbank with six assignable pads and a 12-in/four-out USB audio interface – and it can run on four AA batteries. In addition to those, the L-8 boasts four headphone outputs and a three-band EQ with low-cut function.

The Origin is SSL’s first new in-line console in over 15 years, so it’s only natural that the 32-channel desk packs some of the brand’s most renowned features. These include the E-series EQ, the iconic bus compressor, the Listen Mic compressor and a new PureDrive mic preamp that SSL claims adds “punch, crunch and bottom end”. And for added versatility, the Origin houses a bank of 19-inch rack spaces that can be tailored to your setup.

The Console 1 Fader is another MIDI controller from Softube, meant to be used with its Console 1 channel strip. It sports 10 touch-sensitive and motorised faders that can be configured to control volume levels, filter values, drive and drive character, among others. Additionally, the Console 1 Fader ships with two software-based analogue emulations, Tube and Discrete, that offer filtering, saturation and more.

The CEQ from Terry Audio is a dual active and passive 6 band mix and mastering EQ. It is a fully hand-built and inductor based discrete equalizer that fuses ‘Western Electric’ era inductor design with tweaked Pultec passive resonant shelves & boosts combined with a tailored active midrange cut circuit that adjusts not only frequencies but also the ‘reactivity’ of sound.