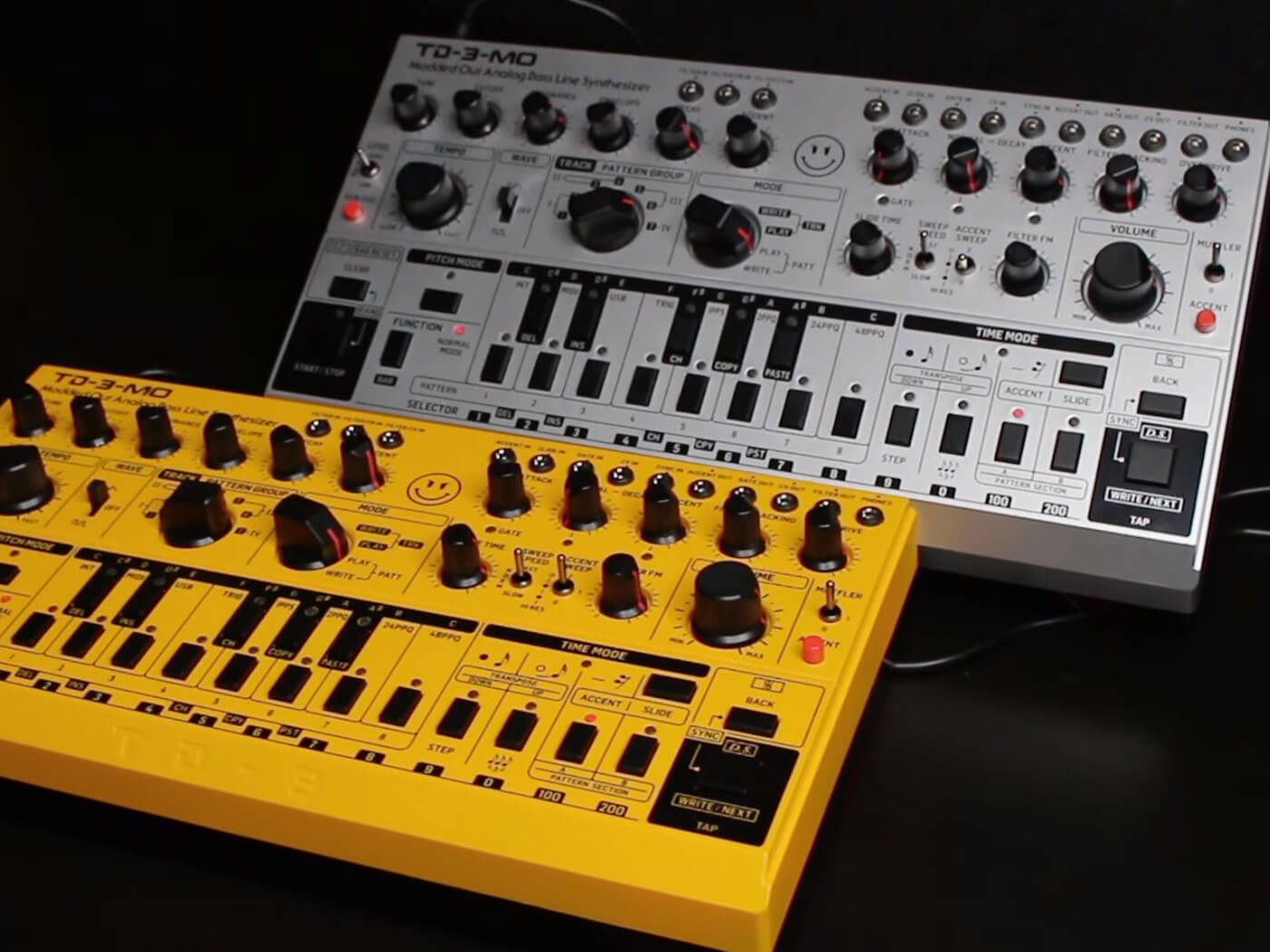 The TD-3-MO is a “modded out” version of the Behringer TD-3 – which itself is based on the Roland TB-303. The synth features a deep sub-oscillator alongside its main square/sawtooth oscillator, an expanded filter range with FM and overdrive controls, along with more patching points for hooking up other gear.

The modifications run similar to Robin Whittle’s “Devil Fish” mod on the Roland TB-303 that became popular among acid producers thanks to its filter overdrive, extended CV connectivity, and additional memory banks.

In fact, Whittle almost collaborated with Behringer on such a bass synth, but later stated that Uli Behringer’s “commercial requirements” did not align with his team’s.

“Uli Behringer approached me about collaborating on a Devil Fish for his company to design, produce and sell in large quantities,” Whittle said in a statement. “We were keen to proceed, but Uli’s commercial requirements were not compatible with ours”.

Although the TD-3-MO is now available, it may still be a while until Behringer’s other new products come to fruition. Earlier this month, Behringer announced a whole host of new synths, including miniature renditions of the Roland Jupiter-8, Moog Minimoog Model D, and Korg Monotribe, the latter of which is a collaboration with original Korg Monotribe engineer, Hiroaki Nishijima.

The announcements may have excited Behringer’s customers and synth lovers, but the company followed up with news that the global chip shortage has delayed its manufacturing.

In a statement, Behringer said: “With COVID came disruption of [supply chains], but also a vast increase in demand for consumer electronic devices, which triggered many large companies such as Intel, Samsung and TMC to invest hundreds of billions into new chip plants.”

“As these plants come to life, we might hopefully see a relief of the current chip shortages by 2023. Let’s cross our fingers.”