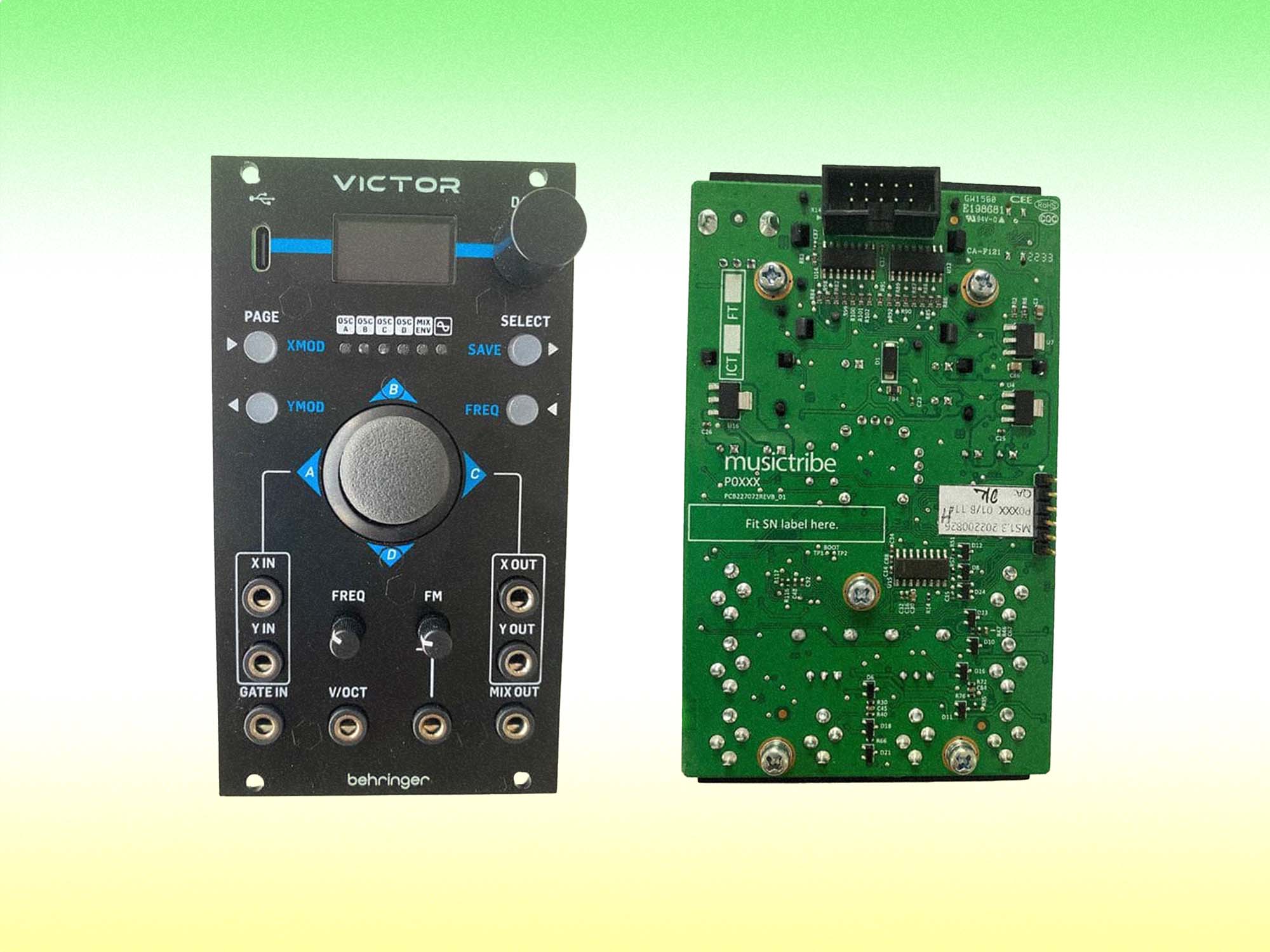 Behringer has announced a new Eurorack oscillator, Victor, based on the Vector Synthesis engine of the Prophet VS, and seems to have chosen its name in an implicit nod to the disaster comedy Airplane.

The module consists of an X/Y grid with four different oscillators, A, B, C and D, at its extremes. A four-quadrant joystick at the centre of its faceplate is then used to move between the four waveforms.

It presents an FM CV input with an attenuator and a USB slot, which Behringer promises will enable polyphonic operation. “We have succeeded to move the PRO-VS vector engine into a Eurorack module and called it the Victor,” said Behringer in a Facebook post. “The amazing morphing function allows the merging of different oscillators.”

The Prophet VS was Sequential’s first digital synth, released in 1986. Its designer, the legendary Dave Smith, sought to facilitate the creation of complex sounds with combinations of low-memory single-cycle waveforms. He dubbed the design ‘vector synthesis’. The Prophet VS was available as a rack mounted synth as well as in keyboard instrument form.

Meanwhile, the distinctly wordplay-heavy movie Airplane – also from the 1980s – contains a scene in which the plane’s pilots, Roger and Victor, are communicating with an air traffic controller named Clarence to confirm vector and clearance. This could provide inspiration for the Vector module.

As with many of Behringer’s designs, the Victor has no set release date, with Behringer once again citing parts shortages as being primarily responsible for its lack of concrete timeline.