The plug-in boasts presets by producers of Björk, The Prodigy, Madonna, Flume and more. 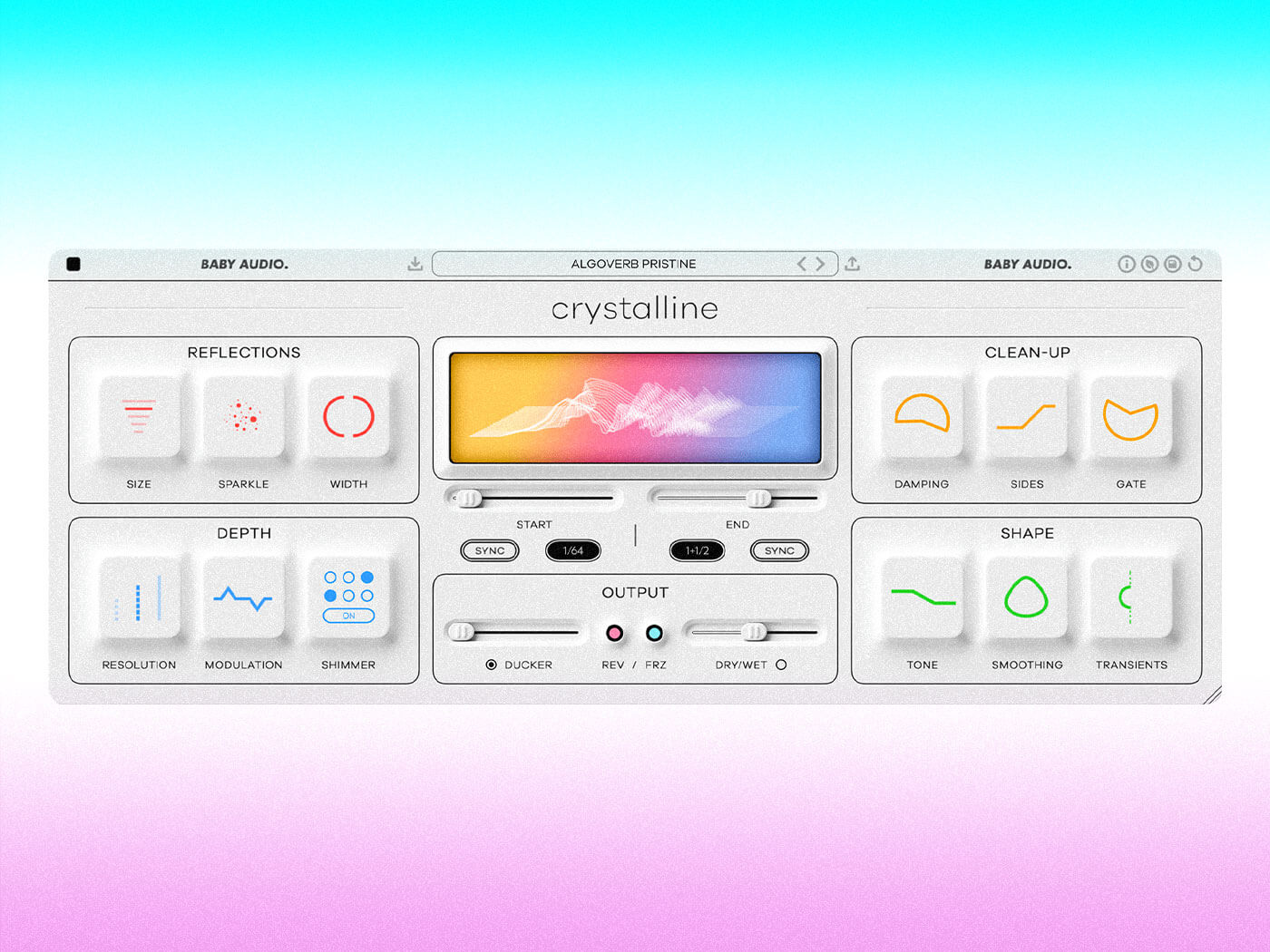 Crystalline is divided up into four sections; Reflections, Depth, Clean Up and Shape, each with three parameters.

The Reflections section features Size, Sparkle and Width options, allowing you to set the room size from tiny to large, emphasise high frequencies and set the stereo image of the reverb from mono to wide.

Over in the Depth department, you can play with the complexity of the algorithm, from basic to pristine and create pitch variations inside the reverb algorithm for richer sounds – perfect for fatter synths, guitar and vocals. There is also a Shimmer option that makes the high frequencies of the reverb tail decay slower than the rest of the spectrum, giving the reflections an “angelic halo” effect, according to Baby Audio.

The Clean Up section offers three options that enable it to do exactly what it says on the tin: clean up your mixes and eliminate any muddiness or clutter.

And finally, the Shape section offers tone, smoothing and transients. These allow you to make the reverb brighter or darker, mellow out harshness and attack or sustain part of your incoming signal which again allows the user to play around with the sound making it airy or dense.

An output panel comes with two switches, one will allow users to switch between wet and dry and the other is a ducker, allowing you to lower the reverb signal when the dry/incoming track is playing.

For a more in-depth demo and explanation of the features you can view the full video on the Baby Audio YouTube channel below:

Crystalline comes loaded with more than 300 presets created by producers including:

Crystalline is compatible with Windows and Mac and is retailing at $99 with an intro offer of $49. Learn more at babyaud.io.