Following impressive showings in the studio arena, how do Austrian Audio’s two live microphones compare to a legend of live sound? 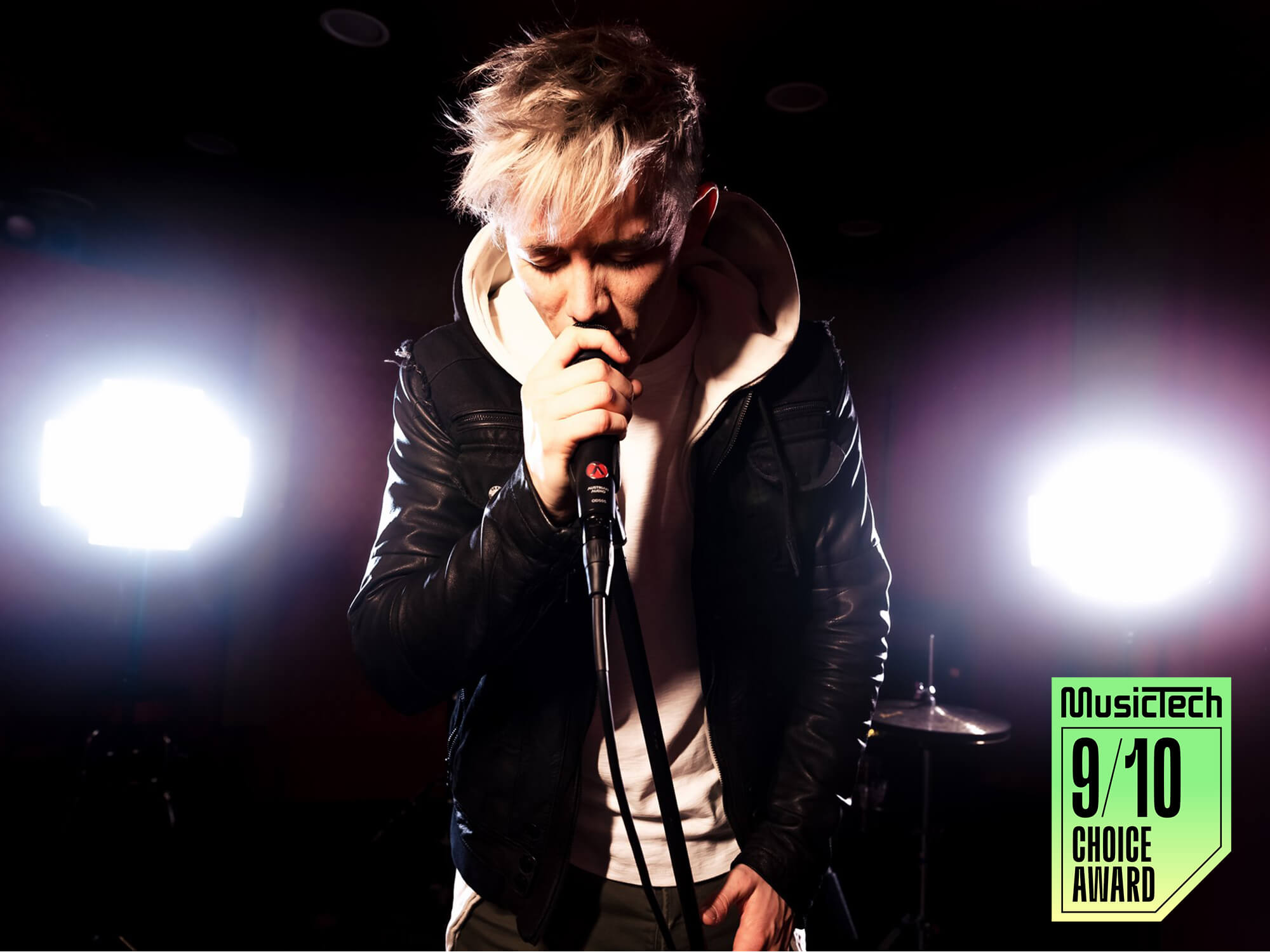 
Ex-AKG team Austrian Audio are flying high, with plaudits flooding in for their innovative studio microphones and range of headphones. Two new microphones in the line-up indicate the company’s bold move into yet another market; live sound.

The OD505 is a supercardioid dynamic microphone designed to capture vocals on stage. Unusually, it features an active, dual-diaphragm design that helps minimise handling noise in the field. A smart, black finish gives it a classy look. Meanwhile, the OC707 – in a contrasting dark grey – has a cardioid condenser capsule with a design based around the workhorse AKG CK1, found in many a small diaphragm studio mic. Both employ the manufacturer’s proprietary Open Acoustics Technology, which allows sound to enter the capsule from all sides in a bid to minimise unwanted resonances in handling noise or off-axis spill.

In the hand, both mics have a distinctive look and a satisfying grip that isn’t slippery, although the solid engineering that feeds into capsule assembly is a little top-heavy. Users will need to be careful not to allow the mic to slip further through the hand and cover up the capsule ports.

Smart, zipped and padded cases add to the premium feel and offer reliable protection in transit. Welcome, too, is a mic clip with a hand-twisted mechanism for setting the angle – far better than the screwdriver-driven assemblies of yesteryear.

To put the Austrian Audio mics to the test, we took them into the studio to capture vocals, and used our dependable Shure SM58 as a benchmark for comparison. Takes were recorded one after the other to avoid improper off-mic placement and without a pop shield. The recordings are featured in the audio player below. Following raw, unprocessed versions for each, we demonstrate how each mic sits against a simple piano backing, with added room reverb but no other editing/processing.

We also considered off-axis response in our tests, simulating this by capturing the singer in the null point of the polar pattern behind each mic. This attribute is often neglected in mic reviews but is highly relevant to live sound, where a multitude of instruments and speakers are competing on the stage. You can’t always avoid spill, but if the tonal character is more natural it’s easier to cope with in the mix.

SM58: A pronounced high mid presence peak helps the mic to cut through, but lower mids sound scooped in comparison and the resulting tonality is somewhat brittle. There’s a moderate level of rear rejection, however the off-axis response had both nasal and scooped qualities. Nevertheless, it does a decent job for around the £100 mark!

OD505: Given the active design, the OD505 required less gain than the SM58. It has less high-mid bite, with a full mid range that competes with the likes of the Shure SM7B. The diaphragm response seems to even out transients more than the SM58, although it could just seem this way due to the smoother frequency response.

Plosive pops were as noticeable as on the SM58 – and so was proximity – but the on-board filter was turned on to counteract both of these. Off-axis response with this mic was the most natural of the three tested, with no nasty resonances or scoops.

OC707: The condenser model gave the smoothest result overall and didn’t exhibit fatiguing, crispy-bright highs as you might expect from this type of mic. In comparison to the OD, it sounds a little restrained.

Once again, the built-in high-pass filter was handy in reducing pops and the low bulk associated with proximity, although in a studio situation, we’d prefer using a pop filter and reducing low frequencies in the mixing stage. Both on- and off-axis responses sounded slightly mid-scooped when compared to the OD505, but there were no annoying resonances.

SM58: In a live sound mix without any EQ changes, this really cuts through as the presence boost is flattering on female vocals. Again, it sounds a little brittle and mid-scooped, but it’s not as noticeable here than on the male vocal.

OD505: This mic yields a smoother sound that needs a bit of EQ to assist with clarity in a busy mix; perhaps there’s less to go wrong than when making tonal changes to the SM58, though. Foldback spill from headphones is a touch less noticeable on the Austrian Audio mics when compared to the Shure SM58.

OC707: A compelling and rich sound – this worked better on the female vocal than the male. An even frequency response with a bit of clarity boost where needed but slightly wispy at the top of the frequency range.

Vienna vs the rest

The OD505 has an impressive sound that rivals more expensive and larger-diaphragm dynamics but in a convenient, hand-held format. It won hands-down in our shoot-out on male vocals and off-axis response, and could work well as a handy stage or home studio workhorse in the same way as, for example, an SM7B – if it suits your particular performance. Shure’s equivalent dual diaphragm dynamic mic, the KSM8, costs £150 more, making the OD505 a relative bargain.

Stage condensers are a relatively niche category, however the OC707 presents stiff competition to established alternatives such as the Neumann KMS105 (around £100 more) and DPA offerings (up to twice the price). Its fast transient response and smooth presence peaks really shine on female vocals, and it’d work equally well in this application in the studio, extending versatility.

Decent rear rejection and an acceptable off-axis response help to seal the deal, especially during home recording in untreated rooms and live tracking sessions. But it does need a little EQ to help the mids cut through and control excess air right the top.

Both mics look the part and feel built to last as much every bit as much as our SM58. The on-board filter is a real asset, giving performers welcome control over their sound going into the mixer – especially so when working with an unfamiliar front of house engineer at a venue or festival. In conclusion, Austrian Audio continues to impress.

We’d like to say a big thanks to Thad and Louise for lending their vocals and instrument performances.