What does Apple’s new Mac Studio mean for musicians and music producers?

The most impressive Mac ever? Perhaps, but here’s what you need to know as a music-maker. 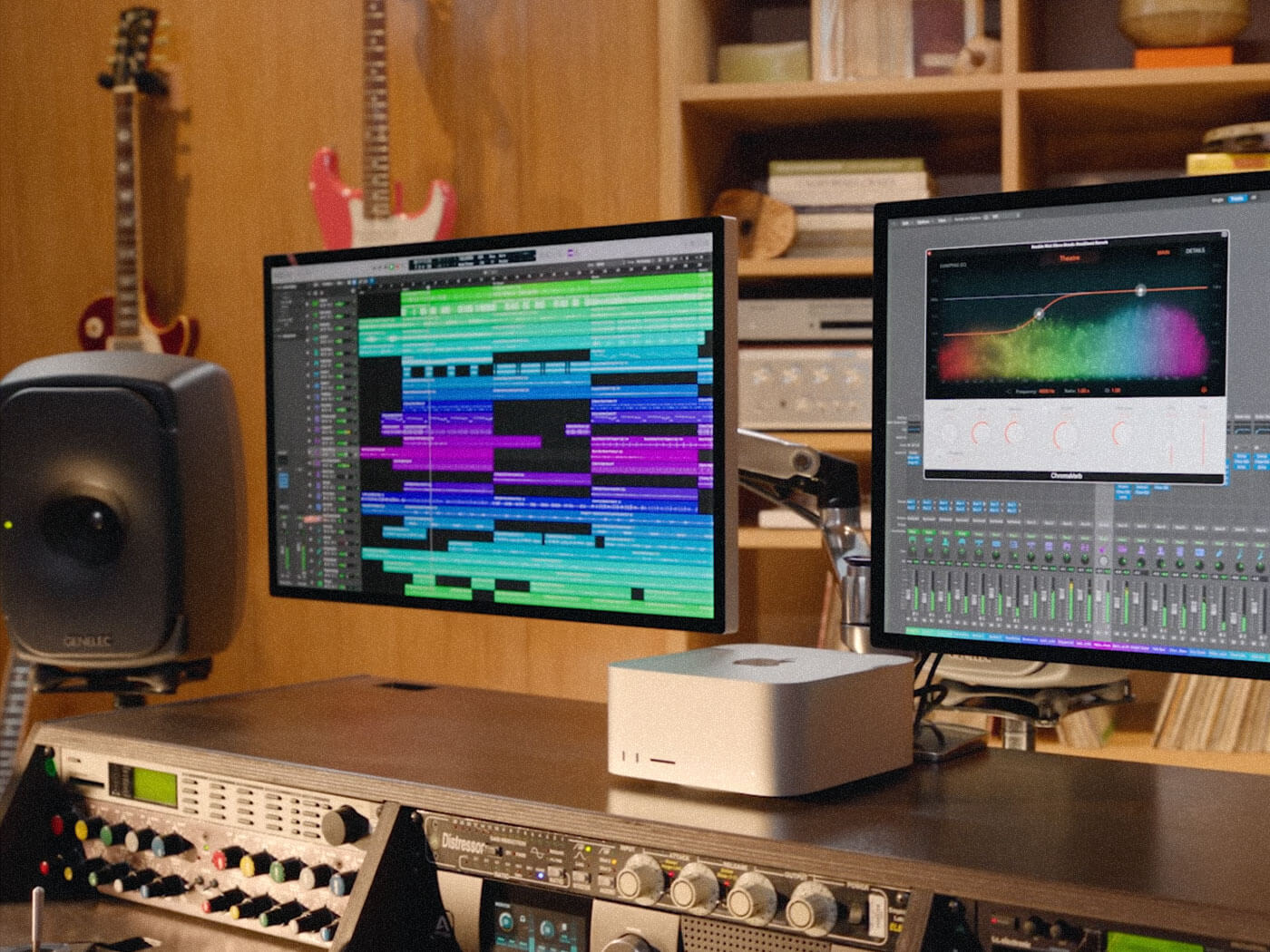 Apple played up the appeal of its fastest-ever Mac to creatives of all kinds, from musicians and producers to artists and filmmakers. And frankly, this feels justified – the M1 Ultra-powered model of the new machine comfortably beats all Apple’s existing hardware, including the Mac Pro.

The focus is two-fold: form factor and power. On the first, you’re getting a near-silent yet incredibly powerful Mac that can sit comfortably under most monitors. You can drive several hi-res displays and choose your own, or perhaps opt for Apple’s new 5K Studio Display.

The vast majority of pro audio interfaces now use some flavour of USB or Thunderbolt to connect, and Apple teased that we will also be getting an M1-powered Mac Pro at some point, which may well retain the ability to add PCI cards for those that need it. But for most producers, the connectivity on Mac Studio should be more than sufficient to hook up your peripherals.

When it comes to power, the base model with M1 Max and up to 64GB unified memory is comparable to a fully-stacked MacBook Pro, which is a fearsome beast indeed. And while the focus of the M1 chips has been power efficiency while delivering performance, it’s certain that – freed from the need to conserve battery power as the laptops do – the Mac Studio will be able to unleash the maximum performance that Apple Silicon offers. That means more plug-ins, more tracks, larger sample libraries, mixing in surround sound in real-time, and more.

The M1 Ultra model is expensive at a $3,999 starting configuration. But for pro users and studios whose demands are rigorous and where time is always crucial, that’s not all that much for a machine that’s going to make your workflow buttery smooth with hundreds and hundreds of tracks and plug-ins. That it takes up little desk space and is essentially silent are also very important considerations, especially in smaller studios.

Anne added that “M1 Ultra seems very unimpressed with the load I ask it to handle. Now, you can add more Wavetable synthesizers together and that contributes to the richness of your sound. There’s more room for improvisation – DJ sets become more expressive.”

iPad users get some love, too, with the iPad Air gaining an M1 chip, meaning at just $599 it’s going to be a very affordable way to run pro-level DAWs like Cubasis, and edit movies. Faster USB will mean an easier transfer of recordings too.

Given the price of the M1 Ultra model and the performance it offers, it’s likely that the Mac Pro, when it comes, is going to have to be even crazier in terms of performance and will cost more, maybe a lot more, perhaps making it genuinely the preserve of commercial studios and effects houses.

Mac Studio would seem to be an excellent desktop machine for producers of all levels and it’s hard to see anyone but the most demanding user needing more than it offers in terms of performance, at least for the foreseeable future.