The connectors come from historic Studios One, Two and Three, as well as various mastering rooms. 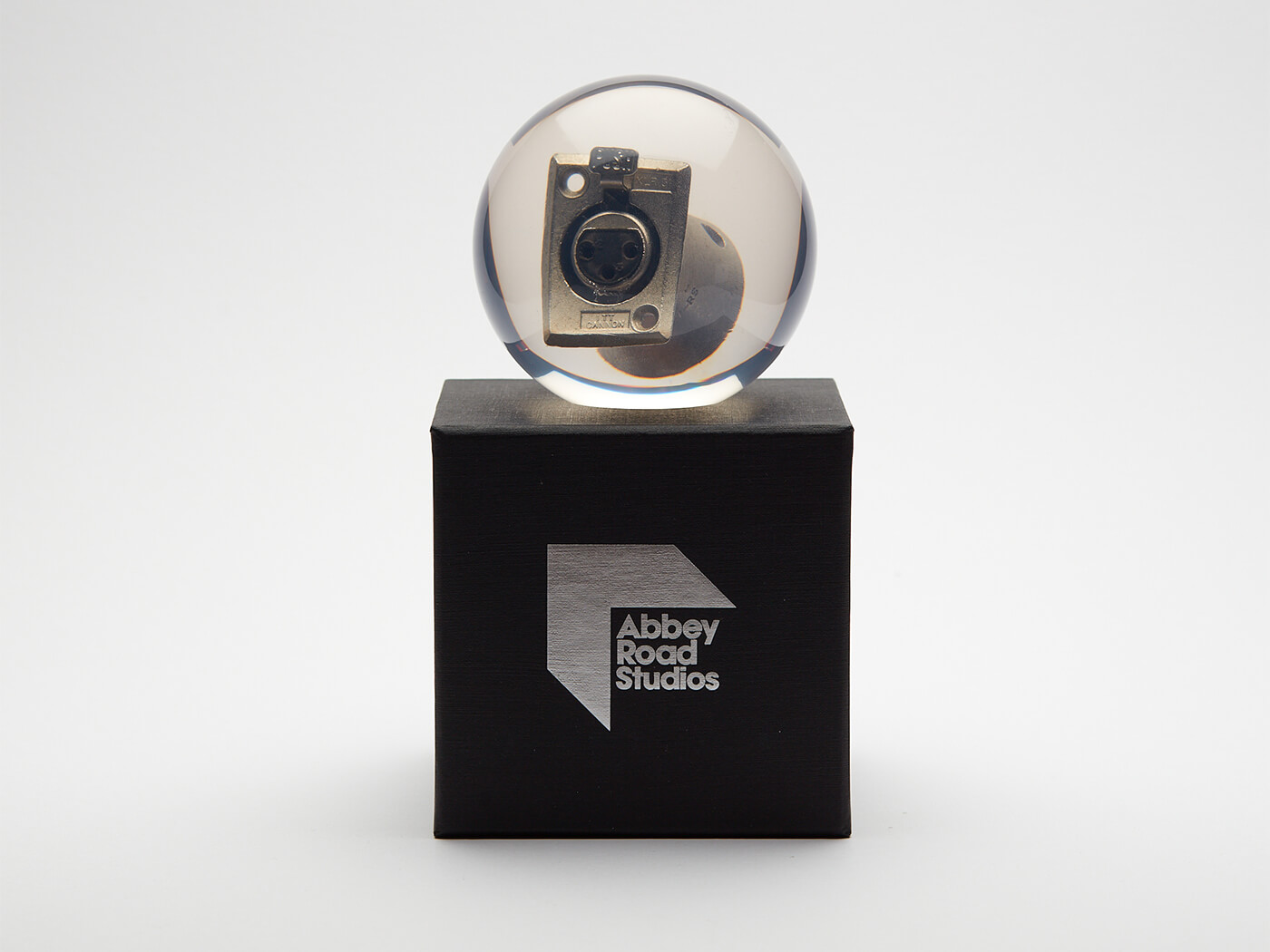 Abbey Road Studios is giving fans a chance to take home a piece of the historic studio. Don’t count on picking up the Studer J37 tape machine used on Sgt. Pepper, though – rather, the studio is releasing a collectible paperweight of original XLR connectors encased in resin.

Up for grabs are 46 unique XLR connectors – 25 “male” and 21 “female” – that come in a globe of crystal clear resin for £150 apiece. Each is engraved with its own number and comes from Abbey Road’s mastering rooms, as well as the iconic Studios One, Two and Three.

The connectors were originally installed back in the 70s up until 2018-2020, when Abbey Road’s mastering rooms underwent refurbishment.

“Some of the most famous recordings in music history have passed through each of these connectors,” the studio wrote in an announcement post last Friday (23 April).

However, Abbey Road did not specify on which recordings these XLR connectors were used, and buyers won’t be able to choose a connector from a particular studio. That means if you do plan on picking one of these up, cross your fingers that you get the one you want.

If you’re looking for a different way to bring Abbey Road into your home, the legendary studio last month collaborated with Spitfire Audio to launch two fresh Abbey Road One instruments: Sparkling Woodwinds and Legendary Low Strings offer epic sounds recorded at the historic venue itself.