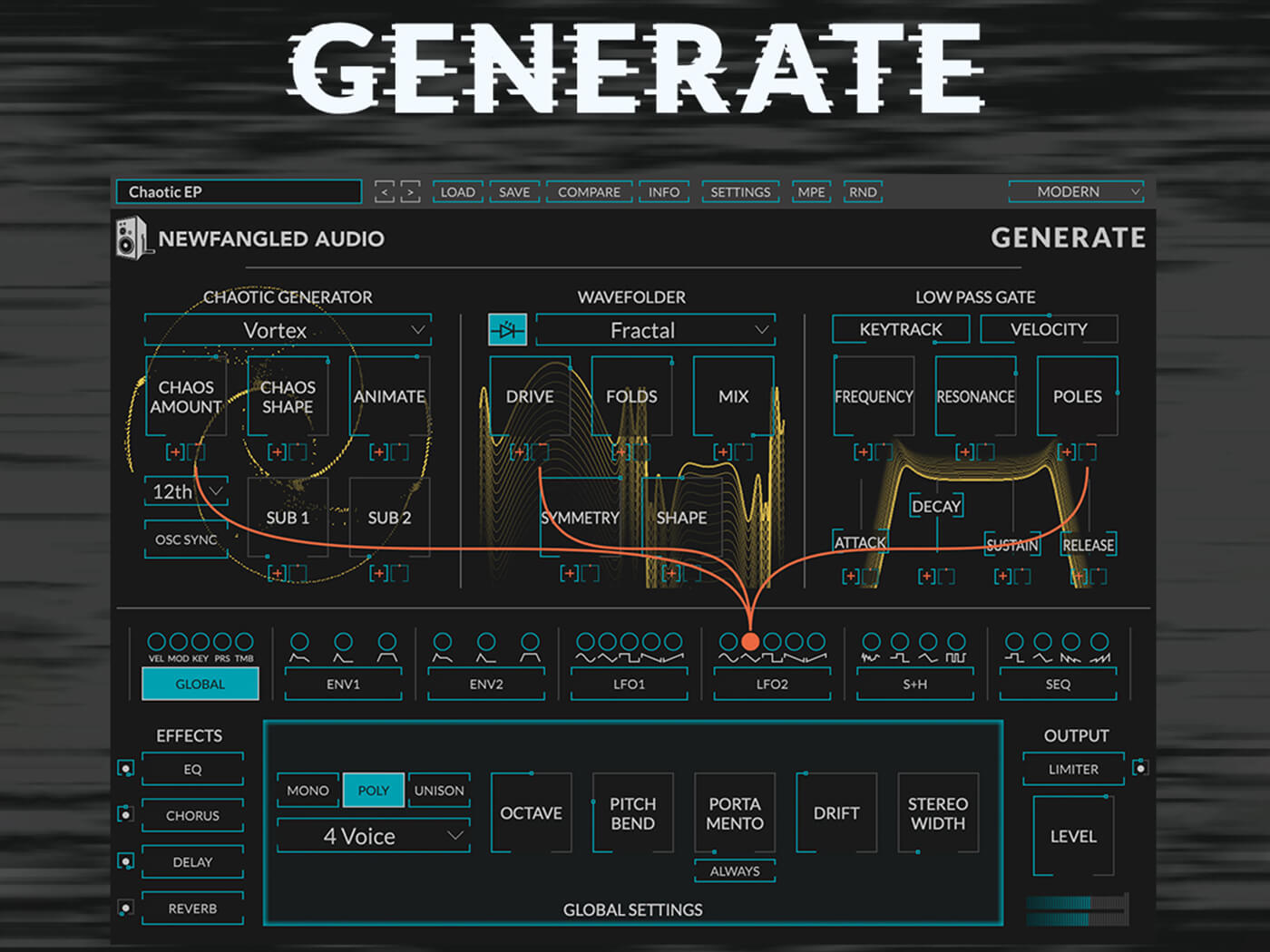 Last week, Eventide Audio and Newfangled Audio launched Pendulate, a free monosynth based on the physics of a double pendulum. This week we’re treated to Generate, a polysynth that brings revolutionary chaotic oscillators for the creation of otherworldly and abyssal sounds.

At the heart of Generate is five chaotic generators, which create an oscillator that transitions from a clean sine wave to mind-boggling chaos, with territory to explore in between. The chaotic generators can then be run through a Buchla 259 Complex Waveform Generator wavefolder, Animated wavefolder or Fractal wavefolder, each of which dousing its own flavour on the sound. Inspired by the ideas of legendary synth designer Don Buchla, a low-pass gate in the synth features parameters for poles and resonance to really send your sounds to the depths.

Generate’s chaotic oscillator has five different modes with Double Pendulum, Vortex, Pulsar, Discharge and Turbine. The oscillators can feed into an EQ, chorus, delay, reverb and limiter effects, which can be combined to manipulate the sound to your liking.

The chaotic synth boasts an abundance of modulation possibilities, with two envelope generators, two LFOS, a sample and hold/random generator, 8-step sequencer and MIDI/MPE sources capable of modulating every single parameter. This amounts to 493 possible simultaneous modulation routings via the main page, with an intuitive GUI that allows you to swiftly patch up sources and destinations. If you’re not one to dive headfirst into abyss, you’ll be pleased to know Generate comes with over 450 presets, with patches created by renowned artists and sound designers.

Eventide and Newfangled Audio’s Generate will require an iLok account to install, although no dongle is needed. It is available for macOS and Windows in VST2, VST3, AU and AAX formats at an introductory price of $99, with a crossgrade price of $69 for owners of the Elevate Bundle and $79 for owners of other Newfangled plug-ins.

Find out more at eventideaudio.com