Its oscillator is based on the physics of a double pendulum. 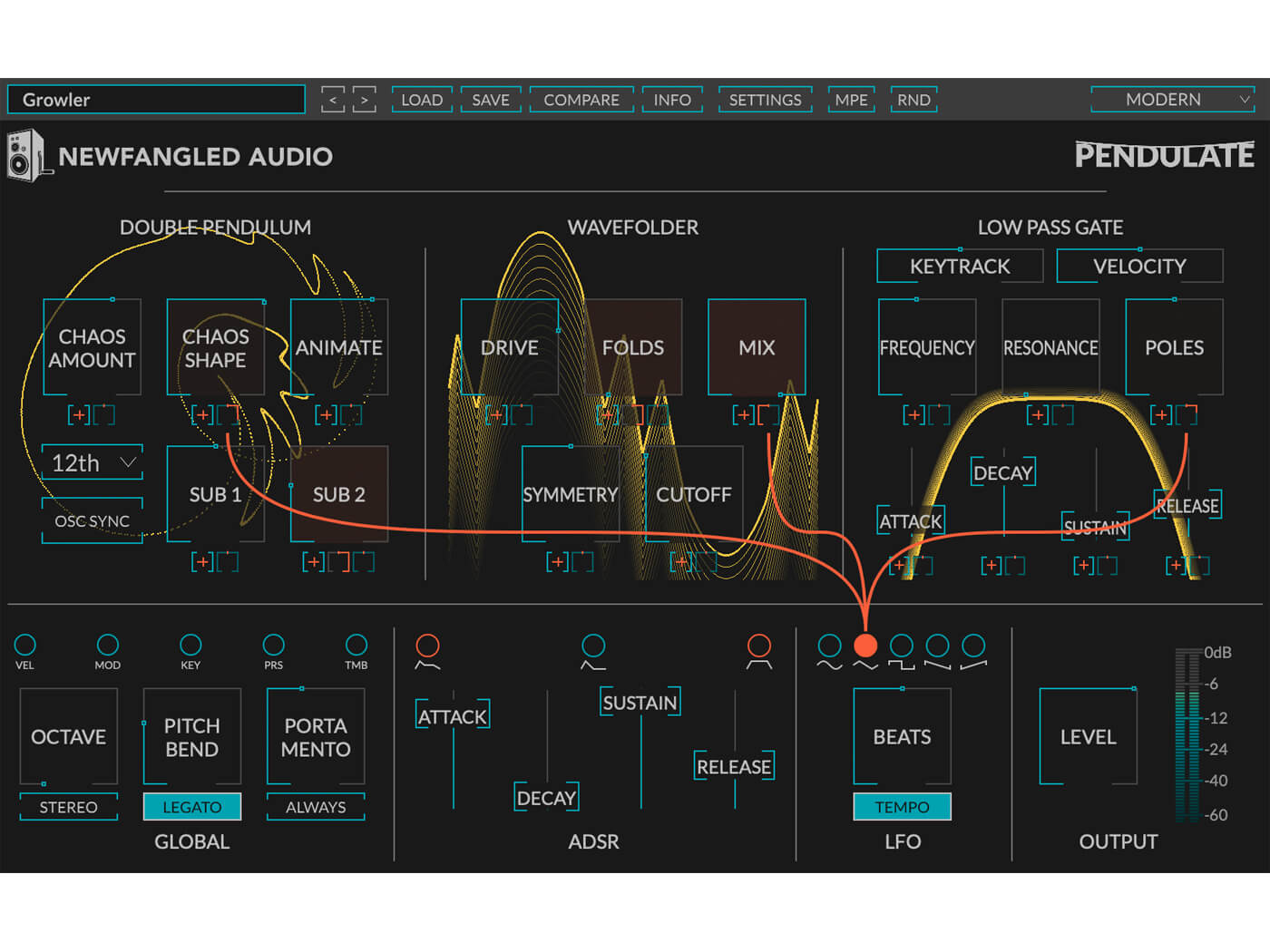 Eventide and Newfangled Audio have launched Pendulate, a free monosynth with an oscillator section based on the chaotic physics of a double pendulum.

The oscillator is controlled mainly with two knobs: Chaos Amount and Chaos Shape. These alter the monosynth’s sound by influencing an under-the-hood double pendulum algorithm – the path of which is traced in the background for reference.

After this, music-makers can further tweak the sound with Animate, which detunes the signal; OSC Sync, which shifts perceived fundamentals to a custom interval, and two sub oscillators.

Positioned after the oscillator is a wavefolder distortion, modelled after the Buchla 259, and after that, a low-pass gate. Both sections feature full-fledged controls that offer much to experiment with, especially since they interact strongly with the oscillator.

For yet even more control, each parameter in Pendulate can be modulated by a built-in Envelope Generator, LFO, or MIDI and MPE sources. Routing is performed through simple drag and drop. Alternatively, if you’d rather get useful sounds right away, there’s 136 presets to get you going.

For the detailed runthrough of Pendulate, take a look below:

You can get Pendulate now for free after registering on Eventide’s website. A more complete version of the synth, Generate, is due for release on 8 September. It adds four oscillator types, one LFO, two envelopes, sample and hold, a step sequencer and more built-in effects.

It is available for PC and Mac in VST, AU and AAX formats.