A sound effect app based on the sound of the classic Leslie cabinet. 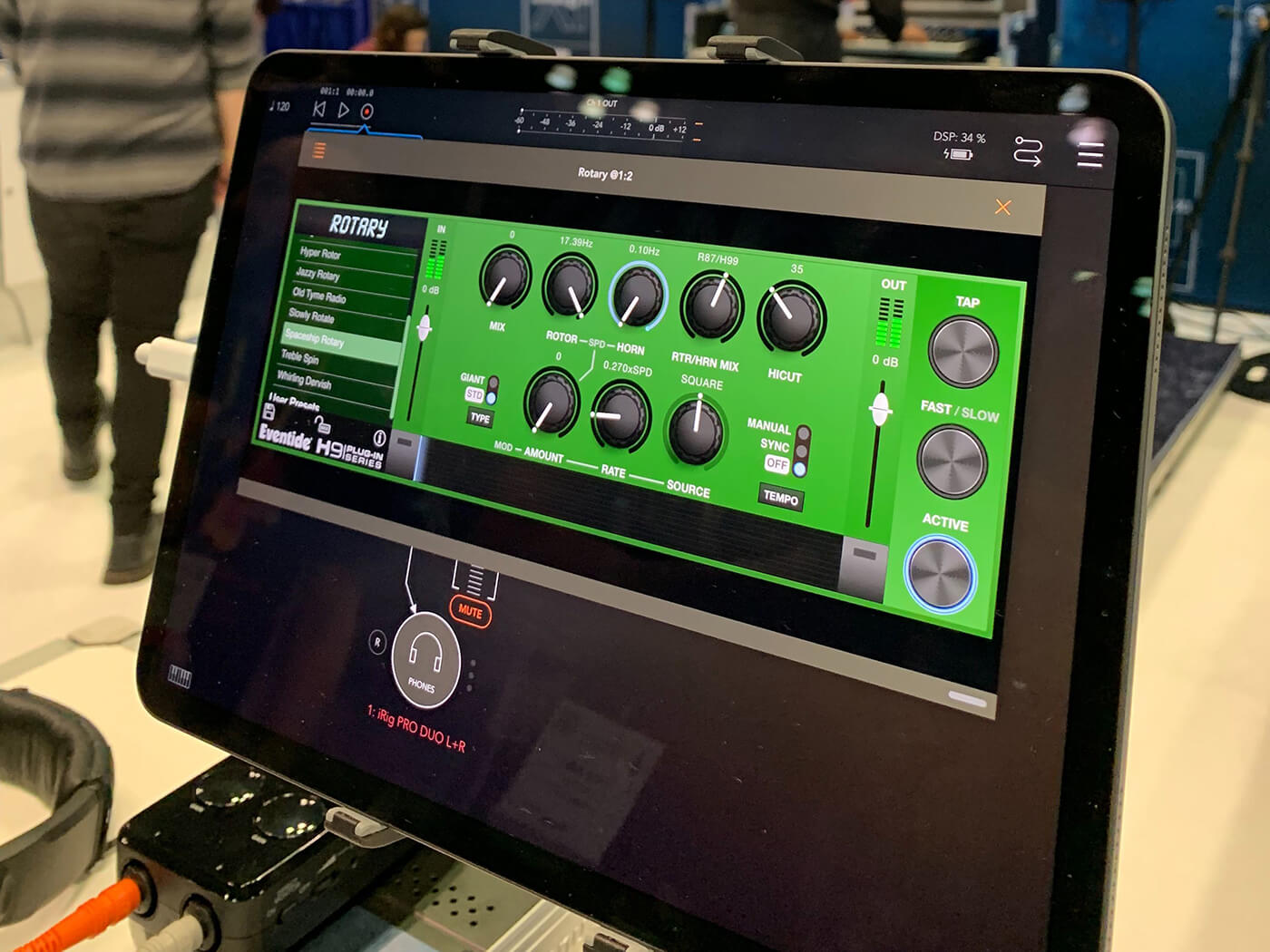 Eventide Audio is bringing the sound of the Leslie cabinet to the iOS market with Rotary Mod. The effects app is produced from an “authentic emulation based on the liquid and lush Leslie cabinet”, Eventide says. The cabinet was used by legendary artists like The Beatles, Beach Boys, Cream and Pink Floyd and was heard on thousands of recordings.

Originally designed as an organ speaker cabinet, the Leslie speaker featured a rotating system of horns that would produce a tremolo, chorus-like effect. This adjustable effect became a classic 60’s sound – Jimi Hendrix notably used it on Little Wing and Machine Gun. Rotary Mod is designed to bring that sound to the 21st Century and the palm of your hand.

Rotary Mod produces a pulse-like vibrato effect that depends on the speed of rotation. The speed of the Rotor and Horn can be changed independently on the app, with the ability for mixing the two to produce pulsing and vibrato effects. An LFO is featured to module the frequency of Rotor and Horn speed. Cabinet size can be switched between STD (standard) or Giant. HiCut is included to allow you flexibility to attenuate the frequency to your taste. Rotary Mod comes with a number of Factory presets, with Mix Lock allowing you to scroll through the presets while keeping wet-dry mix constant.

The iOS app is available as an Audi Units AUv3 plugin, Inter-App audio and as a standalone app for iPhone and iPad.

Eventide’s Rotary Mod is available for download now for $7.99 USD. Find out more at eventideaudio.com

Find out what else was on show at AES New York 2019 here.