Casio celebrates its 40th anniversary with a free limited-edition fanzine 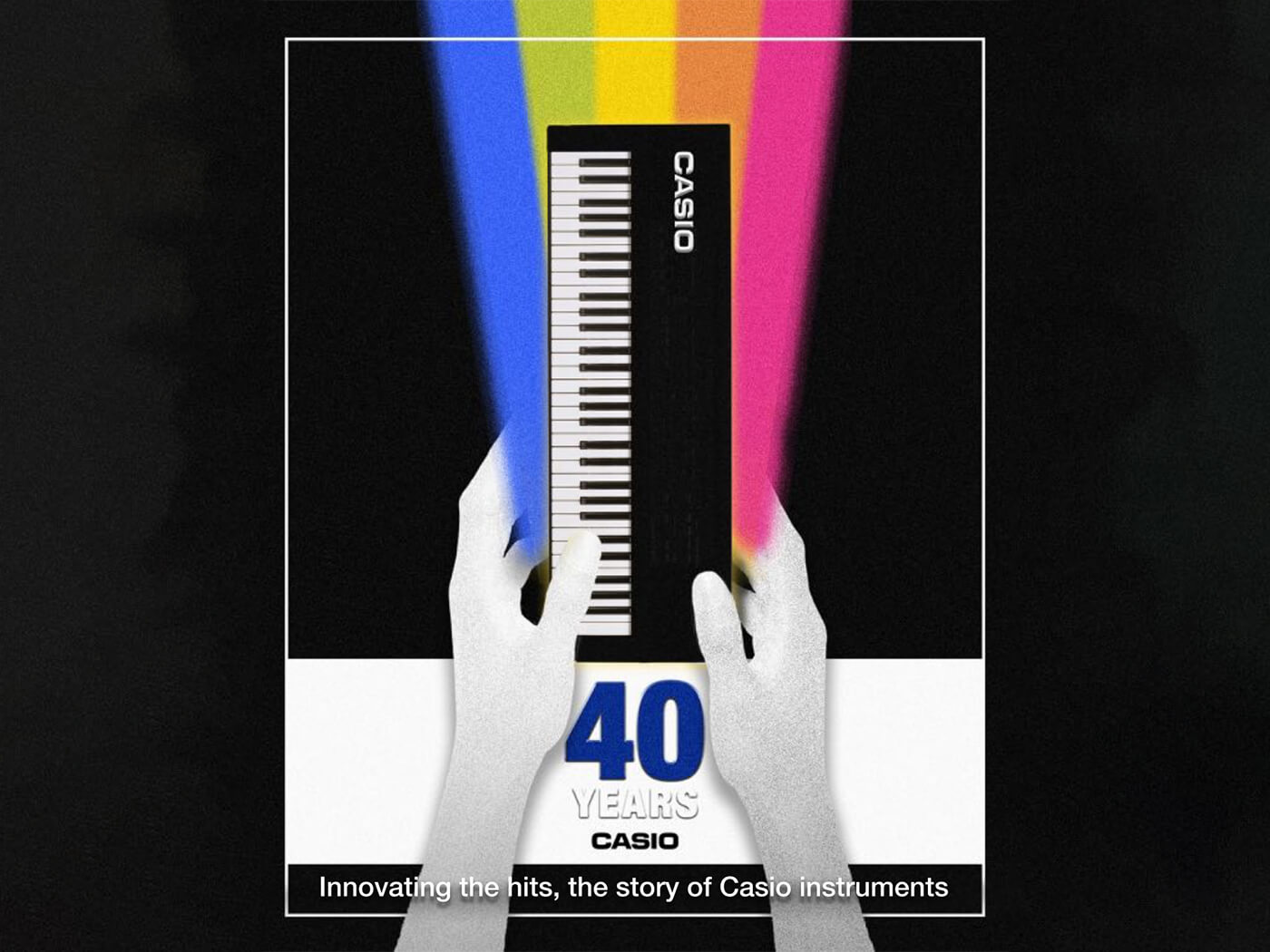 One of the world’s most common household names in musical instruments is Casio. This isn’t thanks to its range of calculators – though you may be forgiven for getting confused when thinking of the VL-1 – but because of its vast catalogue of keyboards and synths. Its instruments were accessible to everyone, from school pupils to Jean-Michel Jarre and Salt-N-Pepa. Now reaching its 40th anniversary, Casio has produced 1,000 copies of a limited-edition fanzine, available now for free so fans can recall and enjoy some of Casio’s most historic moments.

The fanzine details Casio’s impact on music and popular culture as a whole, since its release of the world’s first digital keyboard in 1980 – the Casiotone. Boasting a tagline of ‘Innovating the hits, the story of Casio instruments’, the fanzine goes in-depth on the music of the last four decades. The first feature on the 80s highlights the birth of digital reggae, stemming from a preset on a Casio MT-40.

Moving into the 90s, fans can see how Casio helped shape some era-defining records, such as Pulp’s Common People as well as how its instruments made their way into tracks by Fat Boy Slim, Blur, Beck, Nine Inch Nails, amongst others. The fanzine then takes a look at the 200s & Beyond to remind fans of the impact Casio had on artists like Gorillaz, Beyonce, The Killers and Joe Goddard, among others.

Casio has created a new track, Regeneration, in celebration of the anniversary, too. The song uses many of the company’s classic instruments, from early models like the VL-1 to new Privia range and CZ iPad app.

Long-standing General Manager and original Casio engineer, Hitoshi Ando, commented: “Toshio Kashio’s strong wish, as one of the founding four Casio brothers, was to create a musical instrument that everyone can play. I think that thought captured the hearts of many people who wanted to learn a keyboard instrument. Casio’s musical instrument business began with the Casiotone and it expanded from a friendly mini-size keyboard up to a synthesizer for professionals in only a few years!

“Today, 40 years later, Casiotone has evolved again, and I am grateful for the wide acceptance from entry-level musicians to professional Grand Hybrid pianists. Now, with the timing of this anniversary, I have reaffirmed our determination that we truly want to continue to provide electronic musical instruments that are loved by all musicians in the next 50 to 100 years.”

The brand new fanzine is available now. Fans will be asked to share a favourite memory or a review of their current Casio instrument to claim a ‘zine. Find out more at music.casio.co.uk.