Remembering the sounds of Casio VL-1, a pocket calculator with chiming noises

If you were a child of the early 80s, you might remember how maths lessons often reverberated to the sound of calculators and Casio VL-1s. By pressing down a special key they played a little melody… 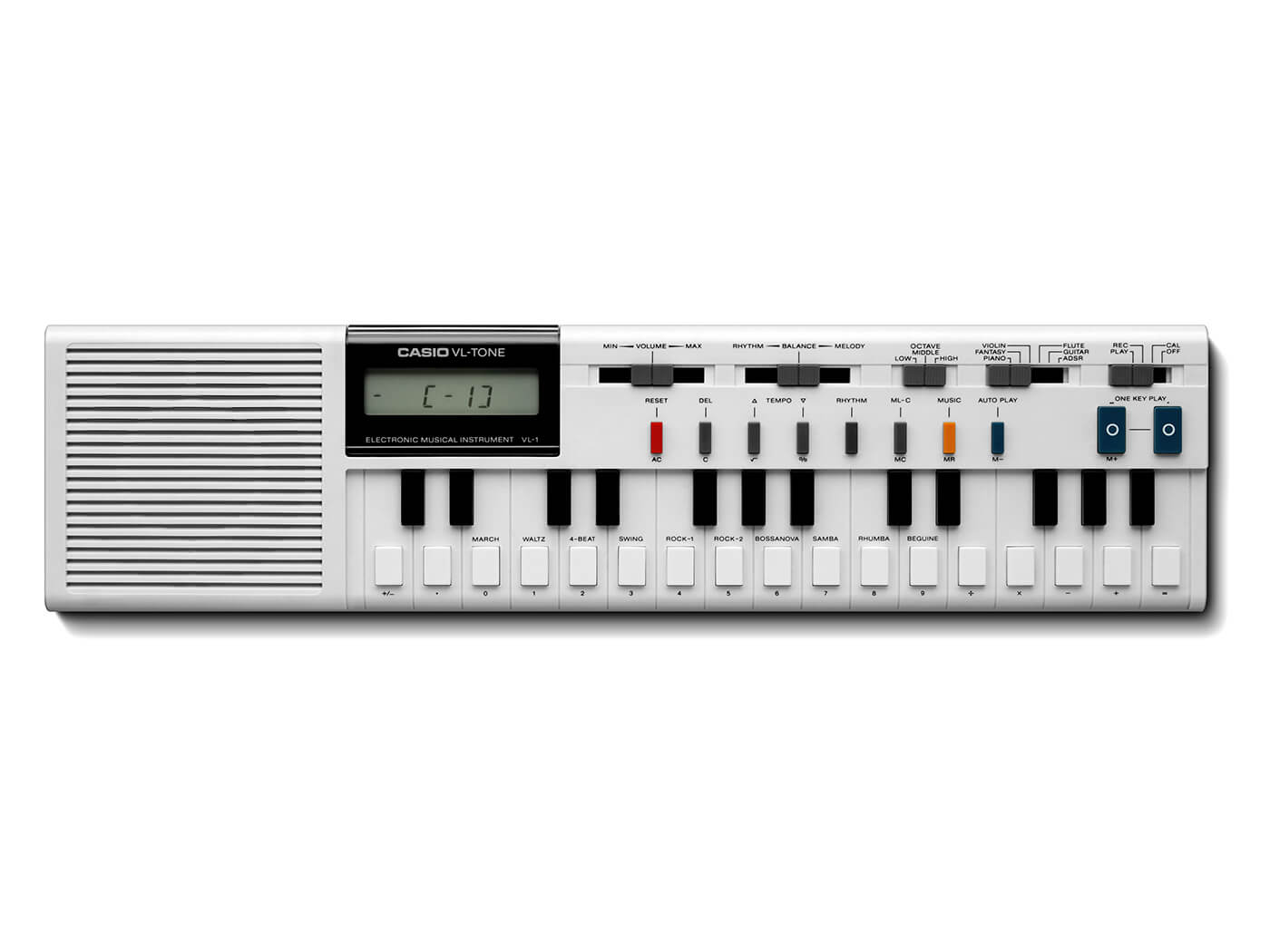 When I first heard Kraftwerk’s 1981 album Computer World, it felt like the future was within my grasp. The album was a musical vision of how computers were infiltrating our lives and one particular track, Pocket Calculator, incorporated bleeps and blips from actual calculators.

Thanks to the electronics company Casio, a little bit of that dystopian future would soon really be in my grasp, because the company released a pocket calculator which made chiming noises, all while making complex calculations. With that calculator, I was suddenly in-tune with Kraftwerk and it made me feel like a teenage King – or at least it did until all of my school mates bought the same model.

If we’re going to split hairs, Kraftwerk actually employed the musical stylings of a calculator model made by Texas Instruments, and really the success of my Casio was largely down to the fact that it also played a crude number-based version of Space Invaders – in your face, iPhone generation! But, hey, in my head I was Ralf, or Florian.

But then the real future of music arrived, and it was all thanks to a school friend of mine, who I had the incredible good fortune to sit next to in my maths class. He came to school one day with a Casio VL-1, referred to as the original VL-Tone. It was small, sleek, had an inbuilt speaker, and was fashioned in the shape of a keyboard, albeit with little buttons on the key-bed, which make today’s mini-keys look positively luxurious. It slid out of the plastic-smelling vinyl cover with such grace; my future had arrived.

So to the sounds of the VL-1. You basically got five electronic noises, labelled with legends by way of a clue, such as flute, violin and piano, which was just as well, because these tones certainly didn’t sound anything like their acoustic counterparts. But this mattered not, as the VL-1 was electronic, about 30cm in width, and felt like a pro-keyboard to the teenage me. Once you’d become bored of the five preset tones – which, in reality, didn’t take very long – you could delve into the world of synth programming (okay, that’s stretching it).

You could select the ADSR setting, which invited you to choose a waveform, add vibrato and shape the amplitude, exploiting all four of the aforementioned envelope phases. This was the first time I encountered those four magical letters, and as was the pop-fashion of the day, I almost felt like I wanted the white lab-coat to complete my synth-styled early 80s image. The reality was, the programmed sounds were never the greatest audible treat, but that probably had more to do with the user than Casio.

It fell to a number of artists such as the Human League, to fly the VL-Tone flag in pop, but it was German threesome Trio who really brought the VL-Tone to town. Da Da Da was an international hit, making number 1 in many countries, while being held to account at number 2 in the UK by Captain Sensible, in July of 1982. Not only did Trio use the VL-Tone piano to play a little riff on every chorus, but they exploited the on-board Rock 1 rhythm to provide the backbone for the entire song, augmented on occasion by a real drummer, with further bass and guitar overdubs. The VL-Tone offered a full 10 bossanova inspired rhythms, alongside an inbuilt sequencer, which reliably captured up to 100 steps of notation, before heading back to the top and playing them all over again.

Even now, there’s an awful lot of fondness for the VL-Tone, which might also explain why there has been a recent surge of excitement with the swelling of a campaign to resurrect the instrument. However, it’s fair to say that this love was not shared by my maths teacher, as I rather unwisely decided to borrow my friends VL-Tone in class, taking full advantage of its multi-functional capability, and on-board Calculator mode. I could have turned the volume down, but where’s the fun in that when you’re sitting there in an imaginary white coat, pretending to be the fifth member of Kraftwerk? I spent the rest of that lesson standing outside the classroom, having composed a little mathematical melody and performed it upon hitting the Equals button. No matter, I spent this down-time wisely, thinking about which tunes I could program, carefully counting the notes up to 100. I might have been excluded from class, but my music career was born.