by Will Betts
#Audio Interfaces#NAMM 2021
News 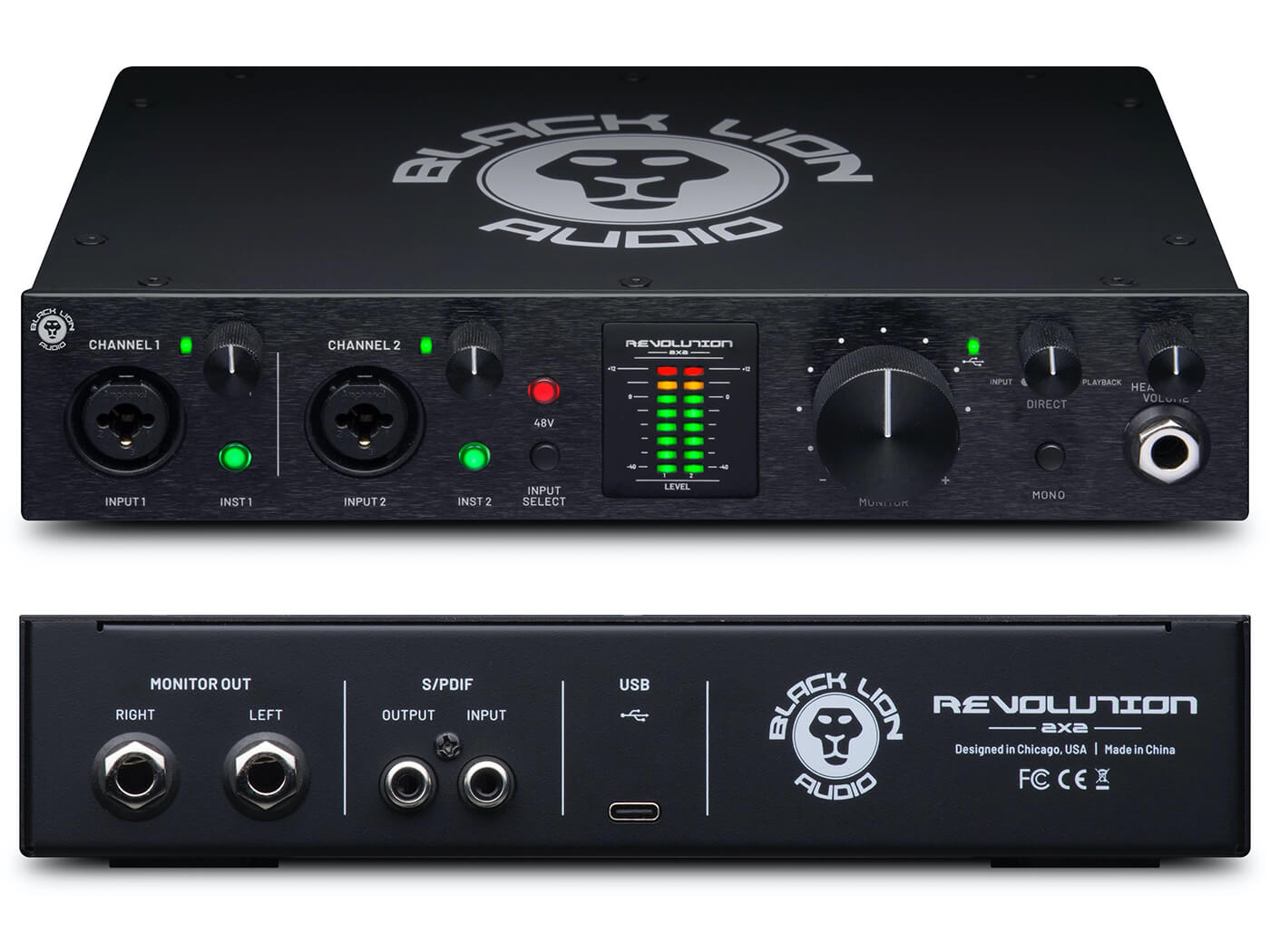 Black Lion Audio has form in the worlds of digital and analogue audio. The company became known for modding audio interfaces from Avid to Behringer. It’s also been making waves in the affordable outboard hardware market with its Eighteen and Bluey processors.

According to its makers, Revolution 2×2 uses high-quality analogue components, all of which have been fully decoupled and balanced for the best signal-to-noise ratio. The result, says Black Lion, is that the interface outperforms others in its class.

Black Lion Audio’s first-born interface will cost $399, and the first units will arrive in February. However, due to the reliance on high-quality components and global supply chain issues, quantities will be limited.