After a short teaser last week, the polyphonic version of the Model D gets previewed online. 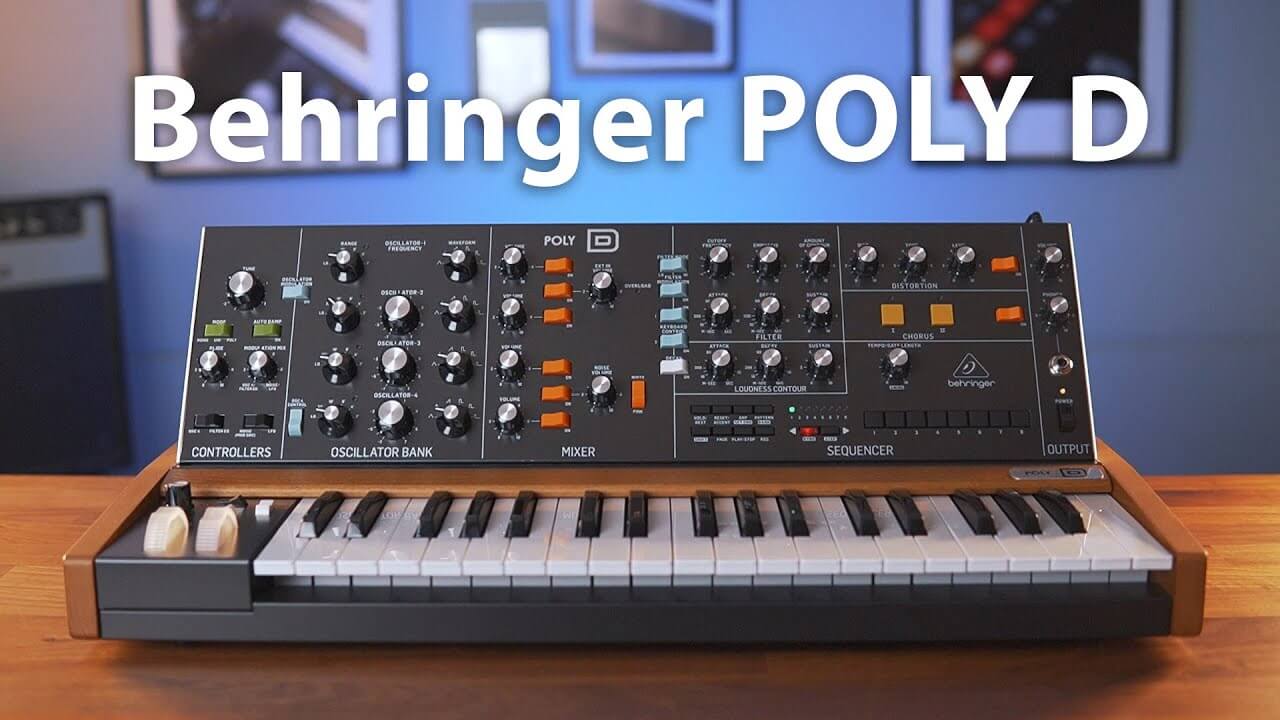 Behringer uploaded a bizarre video to YouTube last week, that seemed to indicate that the Model D was capable of warping into a new instrument. Of course, that was not actually what was being hinted at, and a new video today confirms that. Instead, Behringer has announced the Poly D, a four-voice paraphonic clone of the Minimoog, with a 37 key, velocity-sensitive keyboard.

Poly D features a pure analogue signal path, based on Moog’s original Model D circuit, with matched transistors. Four oscillators can be played in mono, unison or poly modes, allowing four voices of paraphony, feeding into the classic 24dB Ladder filter that Moog synths are known for. An interesting addition to Poly D is a chorus section, based on the iconic stereo chorus found on Roland’s Juno 60. Plus, a distortion section that’s modelled on the Boss DS-1 pedal, and a tone arpeggiator and sequencer capable of paraphony.

The synthesisers control panel can be adjusted to sit at three different angles, as well as being able to lay down flat. Poly D features mono and stereo outputs, plus MIDI In, MIDI Out and MIDI Thru. As of yet, no price has been revealed or even hinted at for the Behringer Poly D, but if we can go by Behringer’s recent synth releases, don’t expect it to break the bank too much. We’d be very surprised if it was listed with a price tag higher than £1000. There’s speculation that it will be around £699, but we will keep you informed as more is revealed.