Behringer plans to revive the Moogerfooger MF-104M, but is it cloneable?

Even Moog itself can’t maintain stock of the MF-104M’s central component. 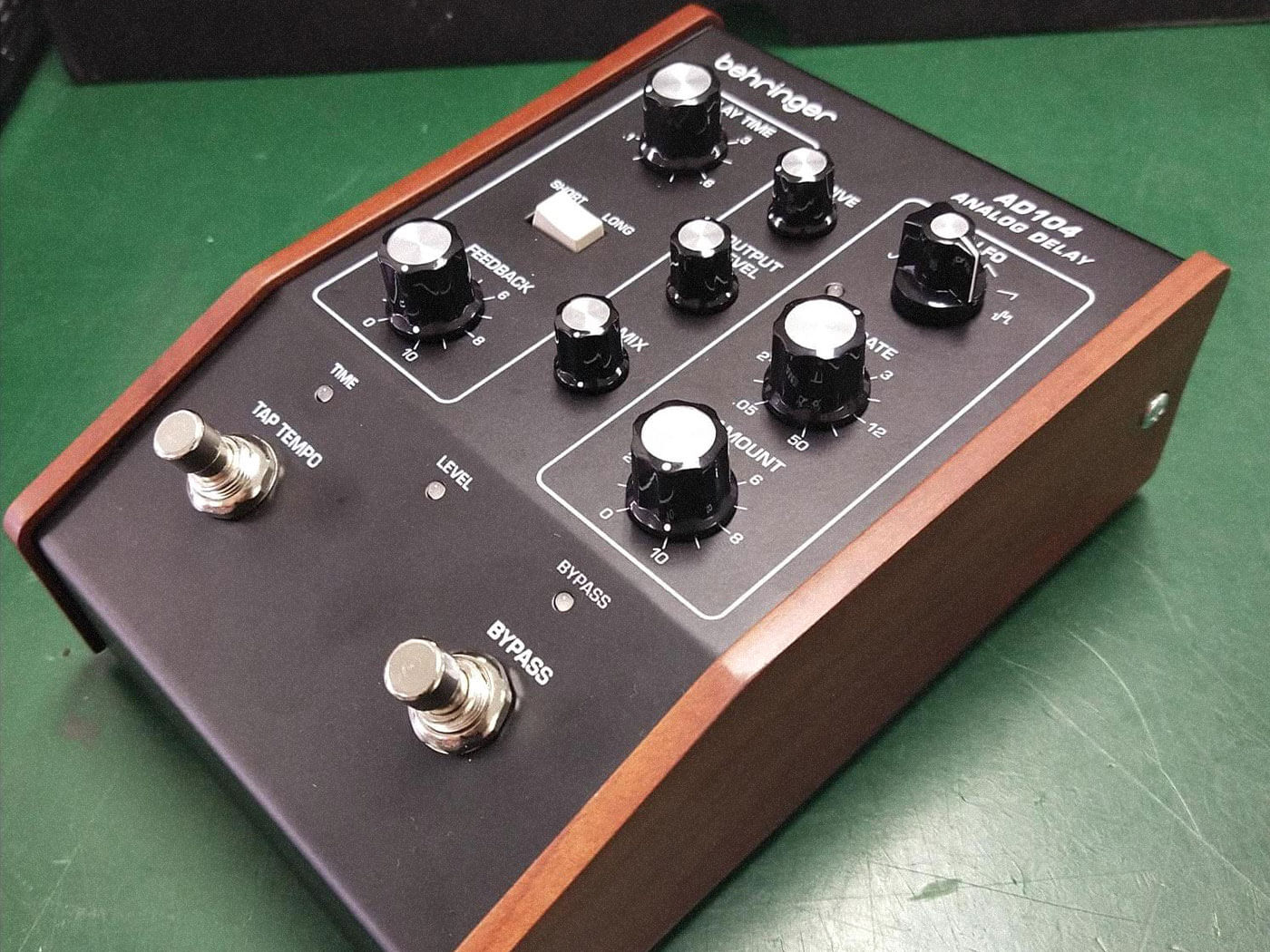 Uli Behringer and his team have made public their plan to clone Moog’s discontinued, and highly sought-after, MF-104 analogue delay pedal.

Sharing the image of the clone, dubbed the AD104 (and informally the Boogerfooger), with the caption “Ready for testing,” the pedal looks to be a knob-for-knob replica of the MF-104M, hosting an LFO-driven modulation matrix alongside its controls for delay time, delay feedback, drive and output level.

Behringer has added to the pedal’s rear 1/4-inch CV inputs, including a five-pin MIDI input and CV control over the modulation LFO amount and a socket labelled FB insert, which is likely an amalgamation of the original MF-104M’s Loop In and Loop Out sockets.

The MF-104M remains one of the most sought after Moogerfooger units, nowadays retailing second-hand for upwards of £3,000.

Introduced by Bob Moog in 1998 and discontinued in 2018, the Moogerfooger series offered an array of expertly crafted analogue effects, from a ring modulator to Moog’s iconic Ladder filter, each housed in a scaled-down version of the company’s trademark metal and Appalachian wood chassis. The pedals’ inclusion of both a foot switch and near-total CV control bridged the gap between synth modules and instrument pedals with finesse.

Among these, though, the MF-104 and MF-104M were particularly venerable units, oscillating in and out of production due to the availability of parts; namely their integral ‘new-old-stock’ vintage bucket-brigade delay chips which offered, in Moog’s words, “800ms of the richest analogue delay on the planet.” It’s the sound of these chips that have largely dictated the value of the MF-104, and has led some to question whether or not Behringer can hope to adequately replicate the quality and character of the MF-104M without such a key component of its hardware.

Moog has abstained from trying to replicate the Moogerfooger analogue delay sound without the chip, taking pains in recent years to convert whatever chips it can find into new MF-104M units as and when they become available— despite having officially discontinued the Moogerfooger range.

The company reported in 2019, for example, that a small batch of the required BBD chips had become available for the first time in four years, wasting no time in announcing a limited reissue of MF-104M pedals:

“A recently discovered cache of vintage BBD delay chips has allowed the MF-104M to re-enter production, with just enough of the rare component to complete a short run of new delays. This small batch of MF-104M Analog Delays are only available for purchase on-site at The Moog Store in Asheville, NC […]. First developed in 1969 and revered for their lush sonic character, original BBD chips are now exceedingly rare and no new originals have been produced in decades. The Moog MF-104M Analog Delay is built using a small supply of New-Old-Stock BBDs recently acquired by Moog Music.”

Prospective customers have been keen to hear Behringer’s plans to get around the BBD issue. The company has said it’ll be sourcing chips from sister company Coolaudio, which has a history of purported breakthroughs in the world of hardware cloning.

18 months ago, MusicTech reported on Coolaudio’s “analogue synth on-a-chip”, the V3397, which opened up new avenues of possibility for Behringer’s cloning ambitions. Not only based on the Curtis CEM3396 chip, found in such iconic instruments as the Oberheim Matrix synths and the Cheetah MS6, Coolaudio went as far as to tote the chip as “an improved version of the Curtis CM3396,” saying it “will allow us to create high-performance analog poly synths in a very compact manner.”

It remains to be seen whether the AD104 will stand up next to its predecessor, but based on Behringer’s history of announcing units at a very early stage in their development and with no specified release date, users will likely have some time to wait before they can find out. “Release in 2033 or 2034?”, asked one Facebook user, to which Behringer, characteristically interactive with its followers on social media, simply replied “2104 :-)”.