10 ways to create a signature sound

Step out of your comfort zone and start producing beats that stand out. We show you 10 ways to create distinctive beats that no other producer can touch. 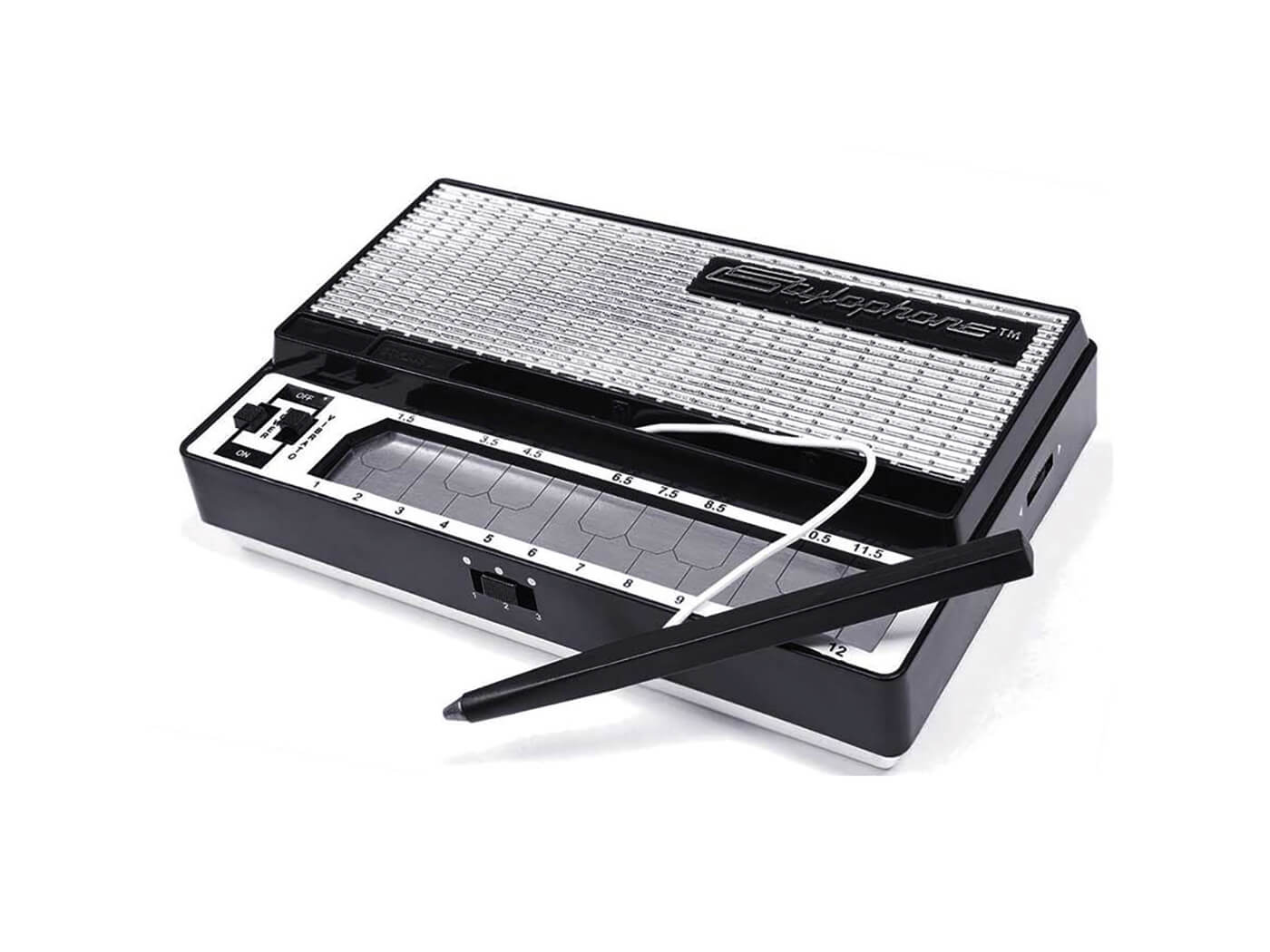 Clean in, dirty out

Any toy that can make a sound is beat fodder. I have a Duplo (little kid’s version of LEGO) plastic head that records up to eight seconds of audio and plays it back through its pretty crappy onboard speaker – it’s great for capturing individual sounds, before you mic it up and record them back into a DAW. Anything that can record and play back, use it for beats and more!

Another favourite is to use a Stylophone as an amp – this would be the more recent reissue with MP3 input. Make a beat on your computer and take a line out to the Stylophone MP3 input. As your beat is smashed by the little Stylophone speaker, mic it up and record back into another track in the DAW. If more clarity is needed, blend the clean original with the nasty resampled version. This is great for beats, but also works brilliant with guitar solos.

Eurorack modules can include drum sounds and any synth can produce drum sounds. So if you want new beats, you could do worse than Eurorack, though it can get expensive if you go module-crazy. However, you’re likely to hit unique combinations with just a few modules, and even if you don’t want to take a modular rig out live, you can sample the results. If you lack the budget, or space, or patience, for the real thing, you can use a virtual modular. Softube Modular runs as a plug-in inside a DAW, or try VCV Rack, which is free, and runs standalone on macOS, Windows or Linux. 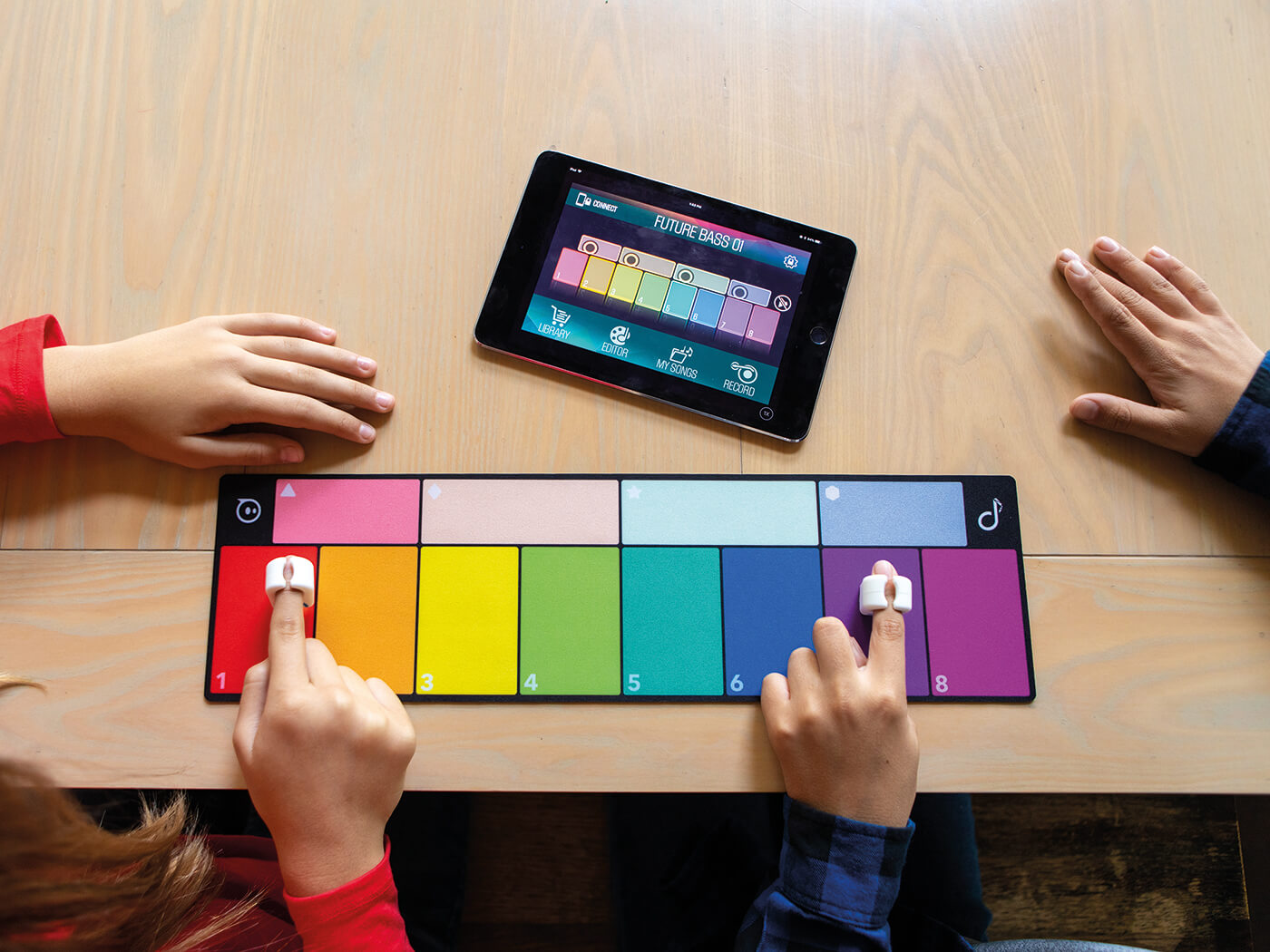 Quirkiness can come from the sound, the rhythm or the means of creation. In that last category, we should mention Sphero’s Specdrums, rings that trigger different samples depending what colour you tap them on (via Bluetooth communication with an iOS app). Specdrums are Bluetooth MIDI devices, so you can ignore the more infotainment-oriented apps and get them going with any MIDI software you like. Anybody who’s ever used a game controller to run their music software should appreciate what these things are capable of. I have used them to tap on fruit and launch loops in Ableton Live – it’s as fun as that sounds!

The time and the sound

Be aware of what you’re doing, and how you’re working. A beat has two streams to it. First, it’s the grid, the groove, the timing and how it relates to the bars in your music. By going ahead or behind that grid, you can create a gentle swing or total chaos. And then it’s the sound – the samples or synthesis that form the ‘kit’ – whether they’re faithfully sampled classic drum machines, or the sound of somebody eating their crisps on the bus.

Think about these two streams and how they relate to each other and how each can be evaluated. Usually, you’d be building a creation from both of these, but it doesn’t have to be that way. And I’d argue that the third stream should be evolution – thinking about how the timing and the sound can rotate and mutate over the length of your song.

TweakyBeat is a fantastic iOS app for making beats. It’s a 16-step sequencer, with eight patterns and a library of bleepy percussion sounds. One sound can be used per step, with controls for Amplitude, Release, Waveform and more, available on each step; there’s also a Random button which generates new combinations of these controls. A Record function means that resulting beats can be transferred to other software. For such a simple interface, TweakyBeat is very good for creating odd little beats that can add something to a mix. A hardware equivalent of this fun thing might be the Teenage Engineering Pocket Operator PO-12.

Don’t be too scared of creating odd beats, and using non-typical drum/percussion sounds. If it’s got an identifiable loop and tempo, then people will get down to it. Audiences want to dance, just give them an excuse. Of course, in the world of strict-genre gigs, you might have to play by the expected rules a bit more, but often you can still sneak something odd in. If in doubt, keep the kick and snare straight and put the weird stuff on top of that.

If you haven’t got a resident drummer, and you don’t want to use off-the-shelf beats, or you just suck at programming, get your phone out and record yourself tapping on a table. That’s a perfectly good sound source for the slicing/audio-to-MIDI conversion techniques we talked about earlier.

One sample, one song

It’s a familiar challenge, but it works. Load a sample into your favourite DAW or hardware sampler, and challenge yourself to make an entire piece of music from just that source. Slice, stretch, transpose, push it to breaking point, and then experiment with the effect processing on top. You can apply this principle just to beats, if you want.

Challenge yourself to make kick, snare, clap, hats, and percussion out of a recording from your phone, or computer’s built-in mic, or whatever recorder you have (do not begin the exercise with a drum sample, that’s cheating!). Combine them in a drumkit or rack, and save for future recall, whether you use it alone, or combined with traditional drum sounds. This works great as a way to add a distinct sound that nobody else has. 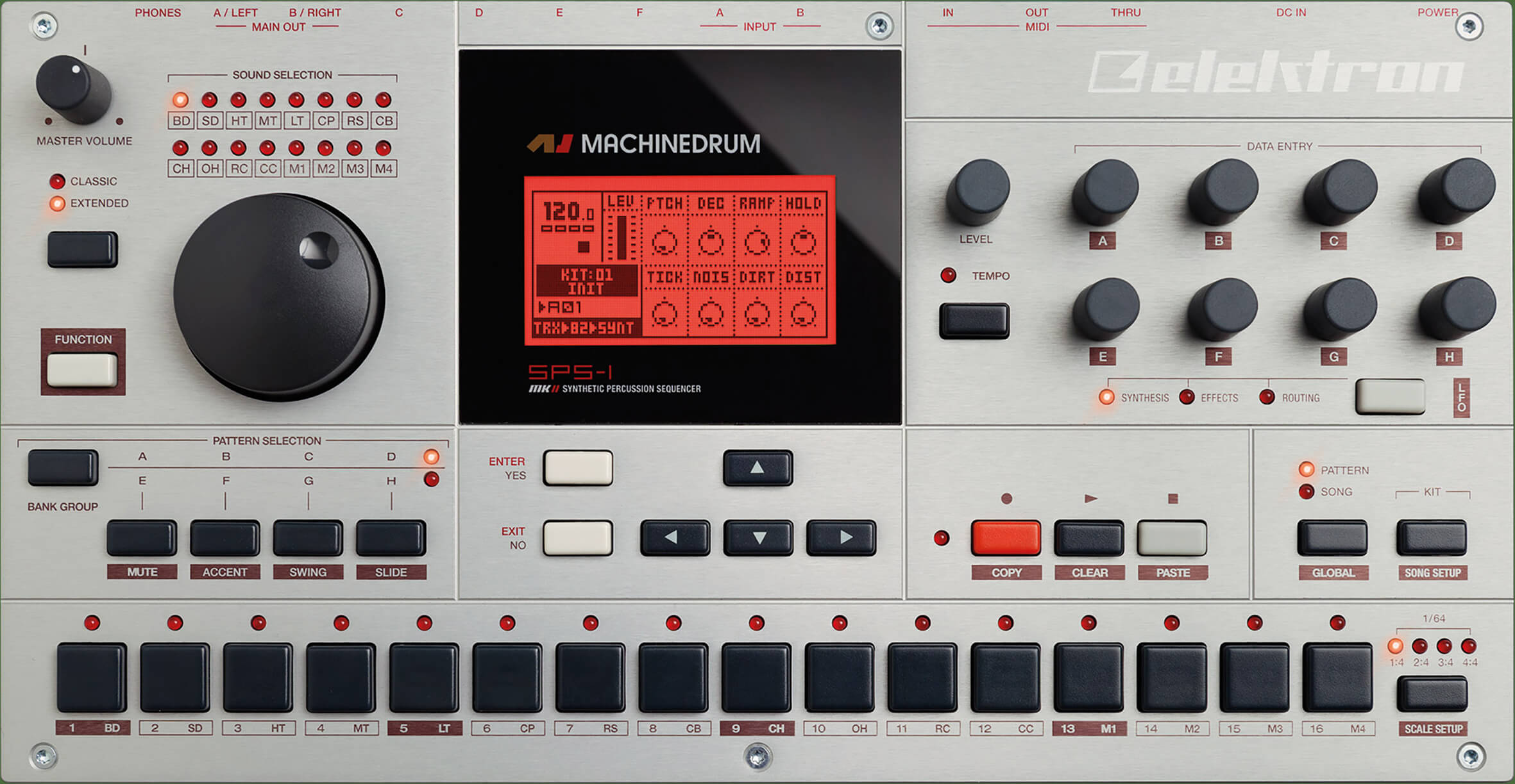 We all have our favourite software or hardware, but once in a while, you should cheat on your sweethearts and explore other options. Change platforms – if you’re using Ableton Live, work in Logic or Bitwig for a while. More dramatically, change to iOS apps for a bit – even GarageBand iOS is a capable music tool, and it’s free. 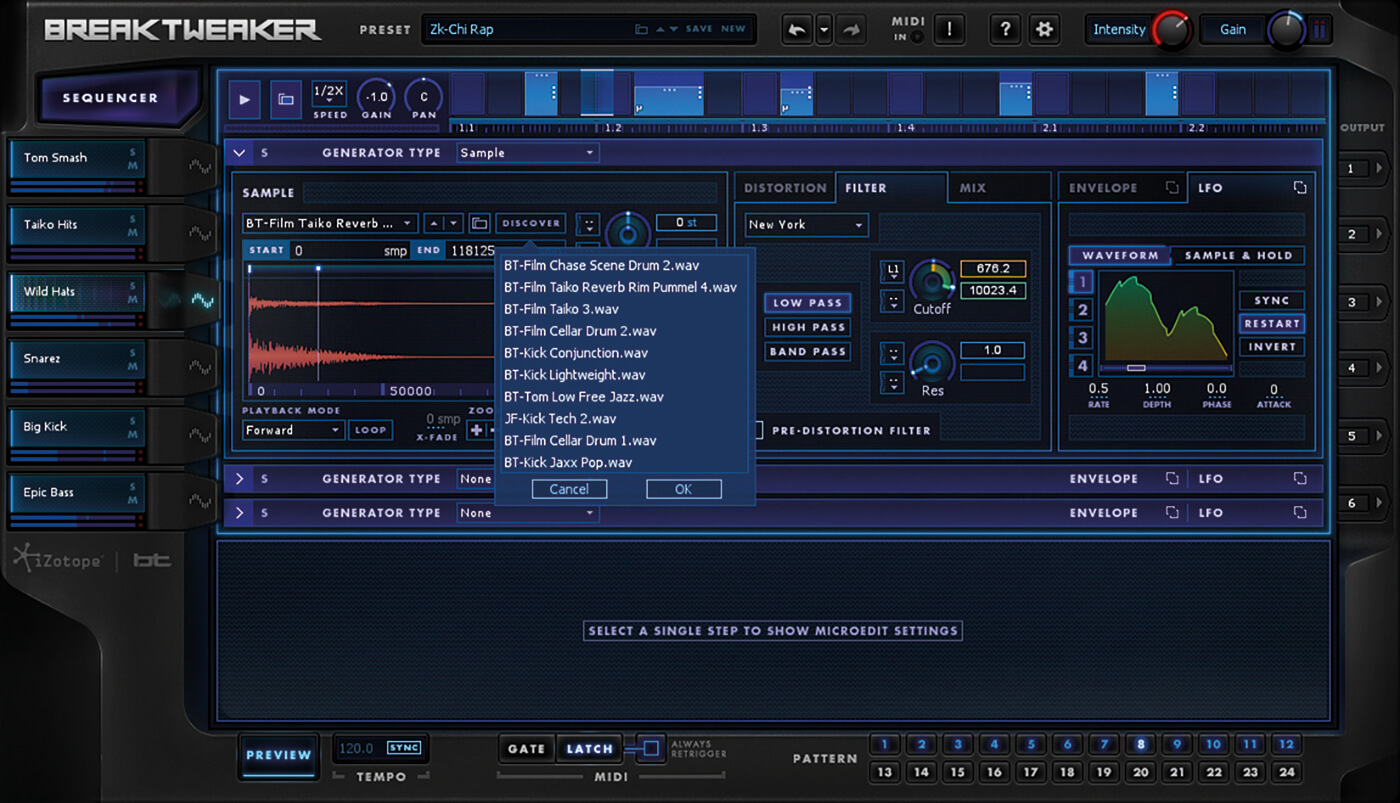 iZotope has a great plug-in for macOS and Windows, called Break Tweaker. Built in conjunction with DJ/producer/composer BT, it gives you a massive library of starter beats and sounds and the necessary tools to program, glitch and mangle to your heart’s content.

Want more production tips? We explain how to go offroad with your beats and loops and take a creative route to rhythmic mayhem here.