Let’s hear it from some pros who, between them, have several decades of experience in the live arena, playing as solo artists, producers or as part of big-name acts. Here, they provide some valuable insight and advice for those looking to take the stage… 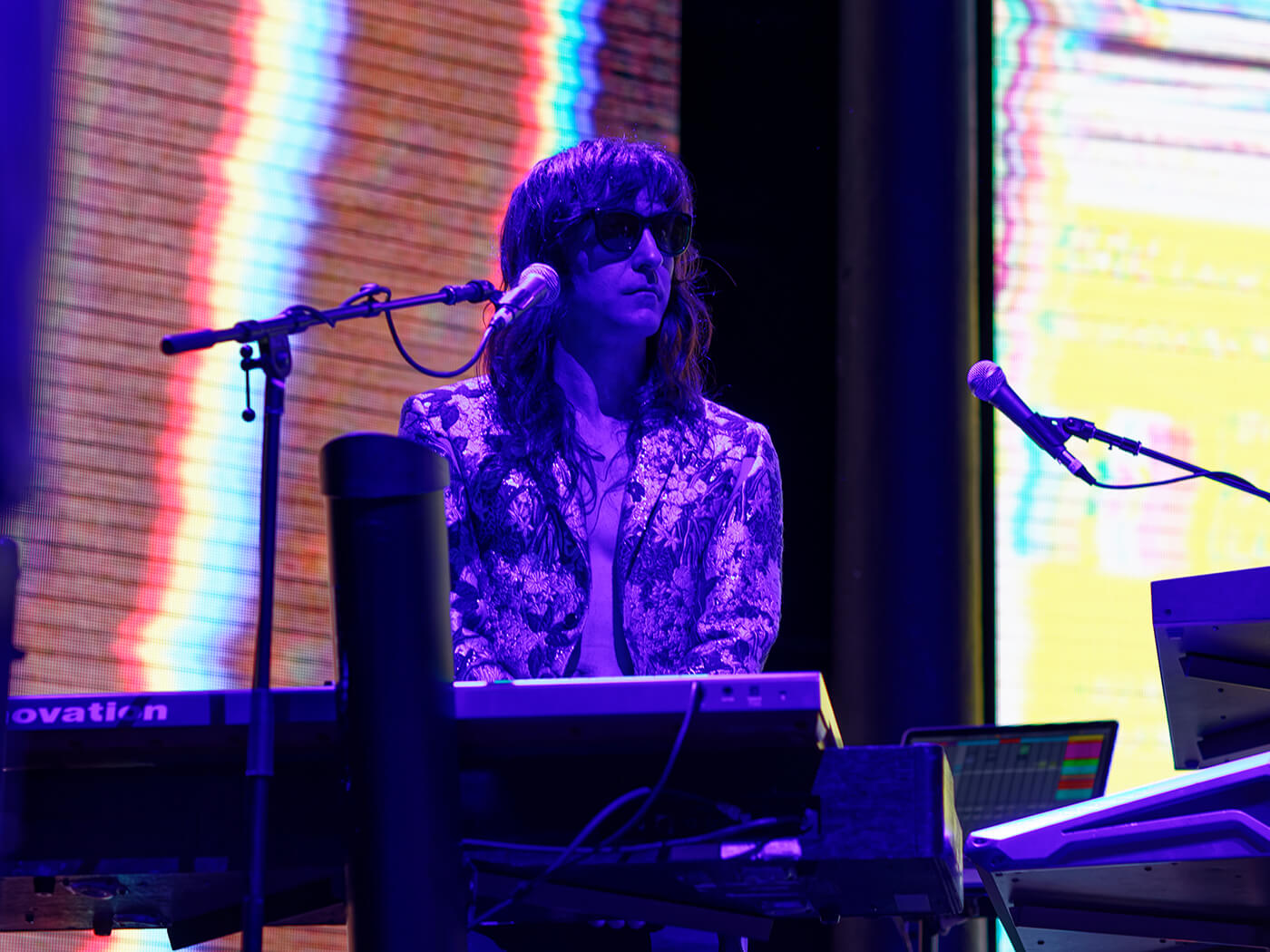 Nick Ronin is a producer, performer and event organiser – originally from free-party circles, but now poking his head into various scenes both above and below ground. He teaches music production courses in London at Point Blank, ICMP and Guildhall School Of Music & Drama. He hosts and organises the London Ableton Live User Group and Link Jam events and steers the Crux series of audiovisual events which have been taking place since 2014. He occasionally remembers to publish some of the music he makes under five separate aliases.

Nick says “I used to co-run a sound system – we were putting on parties every week at one point and I could take the pick of the sets (perks of the job!). From organising straight-up parties, this led to me also organising film nights, art exhibitions, festivals… you name it. I find organising events to be a very creative process, and with my background as a designer and event technician, I could basically do most tasks myself. We were already running electronic-music jam sessions in London, initially syncing machines and computers with MIDI over a network.

“Ableton Link came along and simplified all that by still working over a network. We eventually decided to split off the jam part into a separate event, which gave us the Link Jams. We sometimes run these as AV (audio visual) events and have VJs bringing along their own projector for a live video jam, too.

“I think jam sessions are a great way for musicians to get into the practice of live performance. You don’t have to make all the sounds yourself, or worry about managing a whole set. It teaches you about timing, live-sound mixing and most importantly – how to listen to other musicians and be reactive. We have a lot of first-timers come to our jams and they usually respond really well to the process and seem to learn a lot by taking part and not just being a passive observer.” 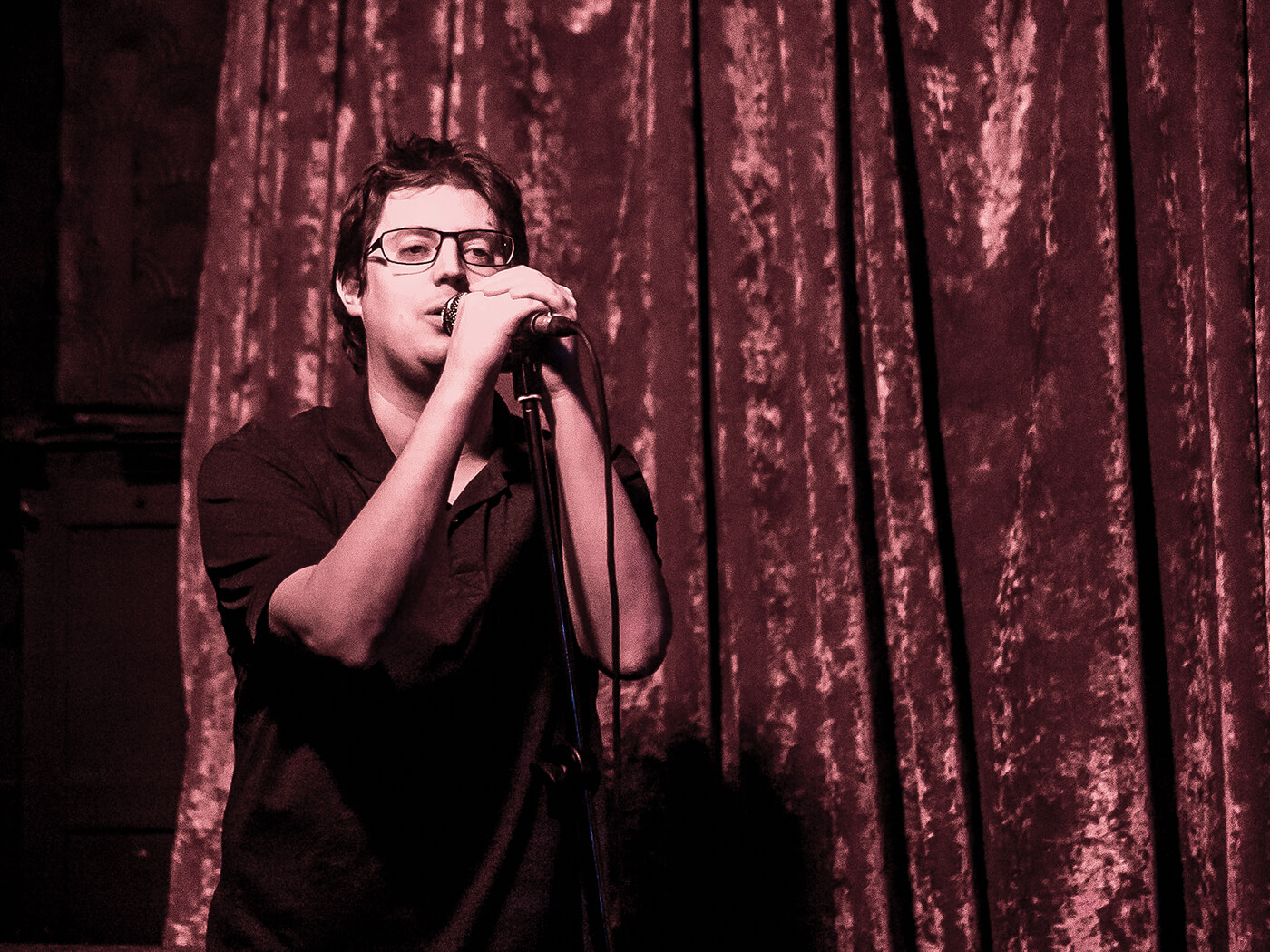 Sam Gillies is a composer and sound artist with an interest in the function of noise as both a musical and communicative code in music and art. His work treads the line between the musically beautiful and ugly, embracing live performance, multimedia and installation artforms to create alternating sound worlds of extreme fragility and overwhelming density. Sam’s work has been programmed and exhibited at both national and international conferences and festivals. Sam was awarded the Liz Rhodes Scholarship In Musical Multimedia from the University Of Huddersfield, where he is currently completing a PhD in Musical Multimedia and developed the NoizeMaschin!! events.

Sam says “I’ve never really thought of myself as a gig promoter per se, I’ve just always believed that if you want something to exist and you don’t find it in the space you’re in you need to create it yourself. NoizeMaschin!! came about from my time back in Perth, Australia where I was finding that the conventional 20-minute performances of rehearsed experimentation was resulting in a lot of similar-sounding music and familiar concert experiences. The initial idea for the format of the gig series originally came from a sampler CD from Room40 back in 2010. The CD is 40 excerpts of tracks ranging from 27 seconds to five-and-a-half minutes from their discography, which crossfade into one another. The experience is of a kind of flow through the many different sounds on the Room40 label.

“Since then, I became really interested in seeing how this sort of structure could be used to create a live-music experience which would eventually find its place with NoizeMaschin!! A core part of the interactive element of NM is that we want artists to not just perform their music, but be conscious of their role within the gig experience itself, and to find a relationship with the other artists on the programme.

“It’s also a great tool to create a more democratic music experience, removing the notion of any ’headliners’ from the programme. I program the set order based on the sorts of artists I want to hear engage with one another, not based upon their time in the scene or experience level.”

Daniel is an algorithmic electro-instrumental composer and performer based in London. He is a PhD candidate in Composition at Goldsmiths University. He has recently had work premièred at the National Museum Of Wales, Sounds Like This and the Brighton Fringe. Daniel has had his music released on Classwar Karaoke, NoizeMaschin!! and NX Records. He improvises using custom-built software with the bands Some Some Unicorn, Mega Trio and Roddart. Daniel presents Beethoven Was Wrong and other radio shows on Resonance FM and teaches music-technology-related courses at Goldsmiths, UCA Farnham and Morley College.

Daniel says “I played the very first NoizeMaschin!! London. Word hadn’t spread particularly far by the following month, so I got asked to play the second. Then someone dropped out of the third and I got asked again. Then Sam Gillies just asked if I wanted to help organise it.

“Here I am, three years later! I was sceptical at first. These improvisatory overlaps didn’t offer any of that: you would had no idea who you would play with (against?), whether they were any good or if you had anything in common musically. How wrong I was! Not only were the overlaps well curated – I fitted well with the acts either side of me – but the challenge of making instant music within such a short timeframe, with the previous act as a frame of reference, made for some really spontaneous and beautiful moments.

“In general, the audience loves it. There are often musicians, like me, that are sceptical at first, but they usually change their minds. I think there have only been two or three occasions where the overlaps haven’t worked at all, where acts literally walked off stage instead of jamming. There are countless times, usually several per event, where people approach me to express joy about the music and interaction they’ve just heard. It’s also lovely to see musicians meet each other through sound and we hope we have spurred on future collaborations.

“We run the night for no profit and we count on support from the community. If you’re interested in playing or helping, please get in touch.”

Matt Katz-Bohen spent his childhood learning about music. He has been the guitarist and music director for the NYC drag-queen rock ’n’ roll band The Touchables, he has worked with Jody Watley, Princess Superstar, Lady Miss Kier, Justin Vivian Bond, Mink Stole and John Cameron Mitchell. He is also musical director of New York City’s Bowieball party. Matt joined Blondie on keyboards for the 2008 worldwide concert tour to promote the 30th anniversary re-release of their groundbreaking 1978 album and continues to be a member of the legendary band, who has also co-written with. He’s also performed with Boy George, Tony Bennett, Ashford & Simpson, Psychic TV and Sharon Needles.

Matt says “I started piano lessons at age seven. Then high-school orchestra, on violin. Then started doing live band shows (on guitar) around 18. In terms of the gear I regularly use when playing live, it’s usually a Les Paul guitar through a Vox AC15 or 30. I also use Death By Audio pedals. For keyboards, it’s a Roland Fantom, Sequential Prophet Rev2, Korg CX-3 and Ableton Live, operated by a Novation MIDI keyboard.

“I play live to attain a level of transcendence and magic sorcery unavailable elsewhere – jamming with other people is a meeting of the minds; also for compositional purposes, you find out what is interesting when the energy changes while there are other people in the room much more quickly than if you were playing alone in the same room. Many songs I have written or co-written started out in a jamming environment, particularly in my current band, Princess Goes To The Butterfly Museum.

“My jamming tips: listen as much as you play, perhaps more. If monotony creeps in, try switching to a new instrument, one you are not 100 per cent comfortable with – a new keyboard, or drums, or whatever else happens to be on hand.

“Hardware is easier and more fun for me to use, plus it seems like it is invariably less buggy. Live and production are two completely different worlds, but satisfying in totally different ways. When recording or producing I often try to imagine a room full of people hearing what is being worked on. Do they dance? Do they move? Do they stand there rapt, with mouths open? Possibly they turn and run to the nearest exit. If the latter is what springs to mind, I may want to try out a different idea.”

Graham is a musician and music educator. He composes acclaimed solo electronica as Gagarin, is a member of Iranian folktronic band Roshi feat. Pars Radio and legendary avant-rockers Pere Ubu, as well as being a prolific collaborator. Originally a drummer then electronicist and samplist, Graham has toured the world for over 30 years and has contributed to scores of commercially released records. Graham has an extensive workshop, training and consultancy portfolio and is a specialist in music and disability. He teaches at Goldsmiths, University Of London where he leads Community Music teaching.

Graham says “I’ve been playing live for over 40 years. I currently play an MPC Live sampler triggered by SPD-6 drum pads and foot pedals through a TC ElectronicFlashback 2 delay pedal, plus an iPad running SAMPLr and Thor for my solo gigs and for Roshi ft Pars Radio. In Pere Ubu, I add a Novation Xiosynth.

“I prefer hardware, as it’s generally more stable, physically more robust and was designed for music, not writing letters, so the interface between performer and sound is more satisfying. It also makes a better spectacle and avoids being drawn into a screen. Though I use an iPad, the dedicated front end and tiny screen makes it feel more like an instrument – I’m old fashioned. I have a pallet of notes and sounds from previously composed material plus some skeletal loops, and use these as a basis for recomposing the pieces in a very improv way.

“In the electronic world, we might be starting from somebody’s prepared groove. It’s a relationship rather than a process. I love to feed off someone else’s ideas and respond to them – it makes me play in completely different ways. Working with people who use different instruments is particularly interesting, as the different tonal palettes force people to respond and complement – or not – their sound world. Also, musicians from different styles – I work with avant-rock musicians, Iranian singers, jazzers and sometimes electronicists, but rarely.

“Listen more – play less. Remember that if there’s an audience, the music is for them, not just you. Don’t play overly long pieces and try to finish one piece, then start again with a fresh approach. Don’t be afraid of repetition, rhythm or melody. They are not the enemy.”

Performing live with tech can be daunting. Learn how to make a smooth transition from studio to stage with these tips.