Korg M1: A classic workstation synth gets the nostalgia treatment

Back in the late 80s, synths that could do everything were very in vogue, giving rise to the Workstation era. We traverse the M1 in search of great sounds, sequences and more. 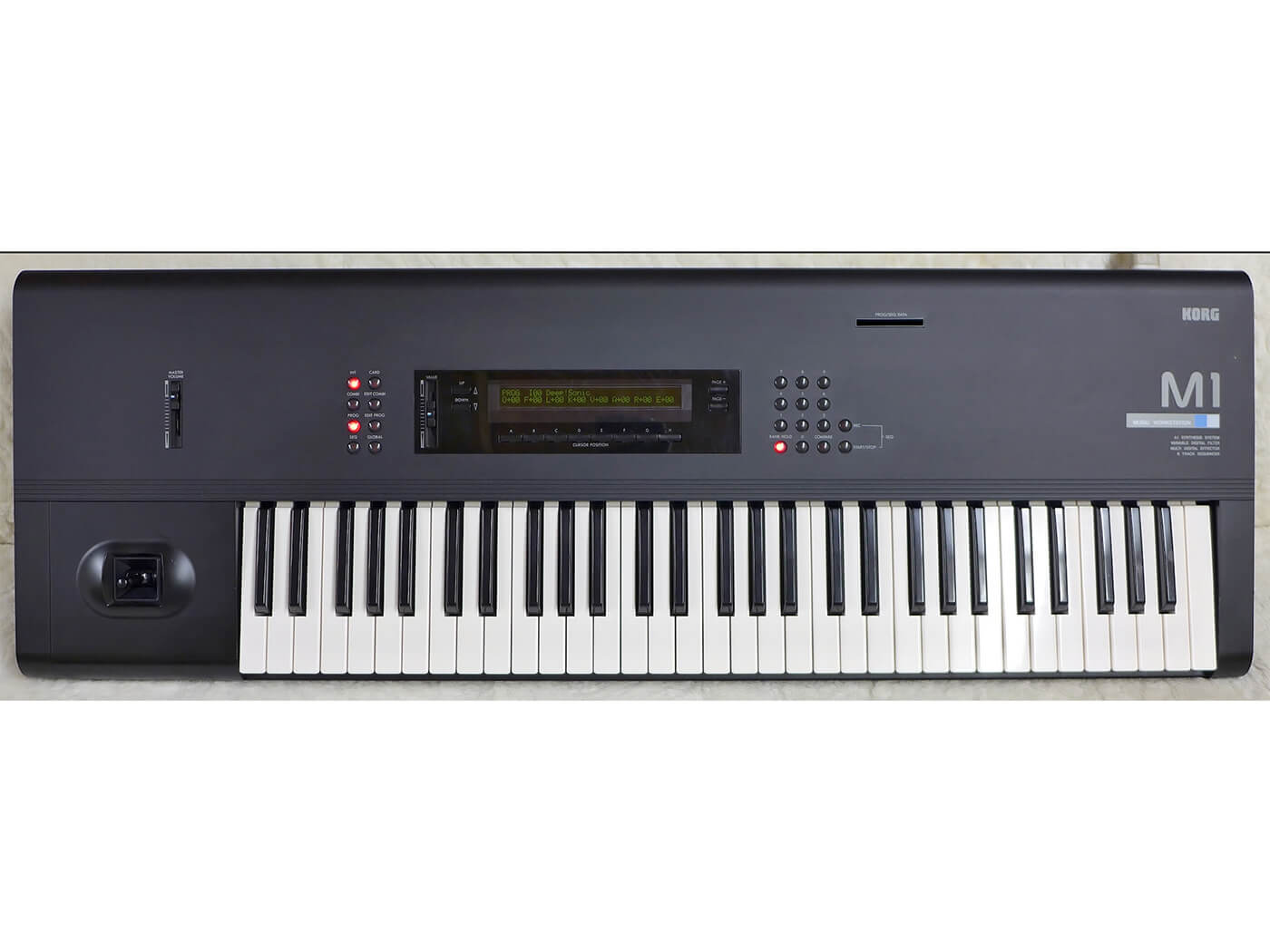 Were you making music in 1988? Things were very pricey in the synth market back then, with old-guard-analogue being firmly out of favour. The new digital breed, such as the Yamaha DX7 and the Roland D-50, were firmly established, no doubt sounding very fine though your ‘digitally ready’ headphones (remember that meaningless sales campaign?).

But don’t forget, it wasn’t enough to just have your synth! You would also need your drum machine and sequencer, the latter being either dedicated hardware or one of the new computer-based systems. If you did go down the hardware rabbit-hole, you would probably be severely limited by the amount of sounds you could sequence simultaneously, as the aforementioned synth offerings from both Yamaha and Roland were firmly mono-timbral, although you could splash out on expansions to give you more voices or multitimbrality, and don’t forget that you’ll also need a mixing desk to blend signals together.

When Korg announced an eight-part multi-timbral synth, with sample PCM based sounds, drums onboard and an eight-track sequencer, and all for around £1,000, you could be forgiven for thinking that Christmas had arrived early, and moreover, you really could produce some serious music on a single machine, from start to finish.

The first time I encountered the M1, I pondered why Korg decided to name it after a motorway that stretched from the North to the South of the UK. Pure coincidence, I’m sure, but if you ever have the misfortune to travel this road, you’ll quickly understand why it doesn’t hold the same romance that the boys from Germany might have articulated musically, with their album Autobahn.

But what the M1 did offer was an amazing set of stylised sounds that were nicely categorised into instruments, from number 00 to 99. Sound 00 was entitled Universe; its pad-like digital construct transported you to another dimension, while the ubiquitous Pan Flute and Fretless Bass offered that late 80s date stamp with true aplomb.

The M1 also offered a serious smattering of hefty drum sounds, accessible via the five-octave touch-sensitive keyboard. These were fairly usable, but unhelpfully didn’t conform to the up-and-coming General MIDI drum map, allowing for a quick round of ‘where’s the drum?’, as you hunted high and low for that hi-hat. 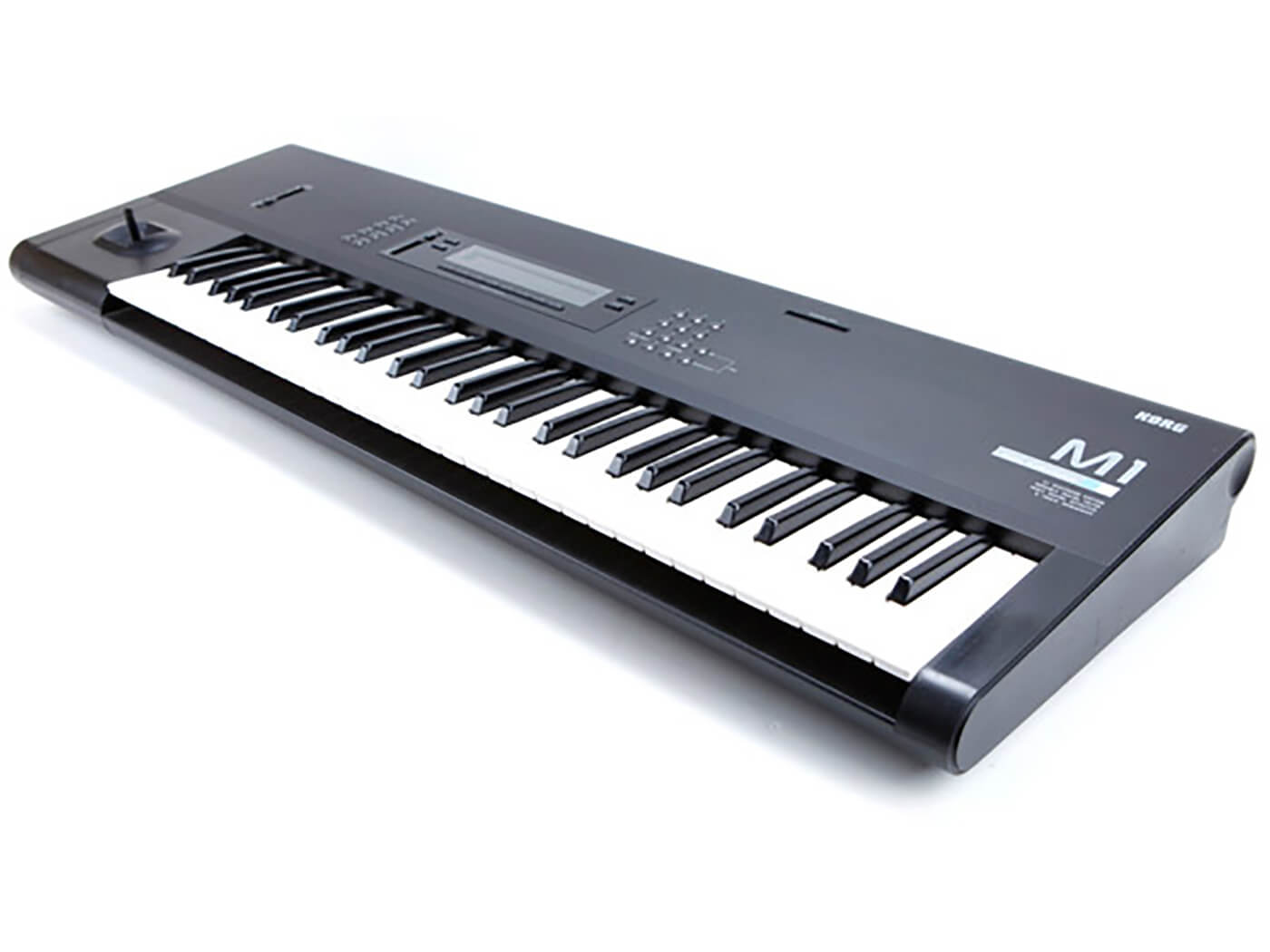 The M1 started something of a trend, with the full application of multi-effects to the construction of certain sounds. These could be liberally applied to just about anything you wished to hear, and layered they were, in copious amounts, reflecting the true 80s trend for big snares, with even bigger reverbs. It was firmly a digital reverb, and not what might be regarded as the finest example of such, especially when layered across entire swathes of drums and percussion.

But fear not, you could remove the effects and get on with the key-hole surgery of sequencing an entire song, via the two-line LCD display. Tedious and time consuming are two words that might be suitable for the description of this process, but it was all onboard, and you made do, because the end result was worth it.

Once you’d sequenced up your eight tracks of basses, drums, leads et al, you could sit back in wonder, even allowing for the sequencer to trigger external devices, and hear your time-consuming work in all its glory, but use your notes wisely, because you may well have used up the 7,700 note sequencing limit, meaning that you’d have to delete one of the ten saved songs (note limit allowing!) in order to get on with the next. Never has the ‘are you sure you want to delete this song?’ dialogue struck such disappointment into the hearts of musicians, until of course Alesis came up with the DataDisk, which allowed the saving of songs on to external floppy disks. Brilliant!

I had a love/hate relationship with the M1, but generally the love outweighed the hate (or ‘frustration’ is perhaps a better word). It was an amazing machine with brilliant sounds that swallowed up more of my time than I care to consider, despite the fact that it couldn’t even get me close to the North of England.