Understanding the origins of FM synthesis

Despite its venerable age, subtractive synthesis remains hugely popular to this day. Yet it was almost killed off in the 1980s when a new kid on the synthesis block – FM synthesis – ushered in the age of the digital synthesizer… 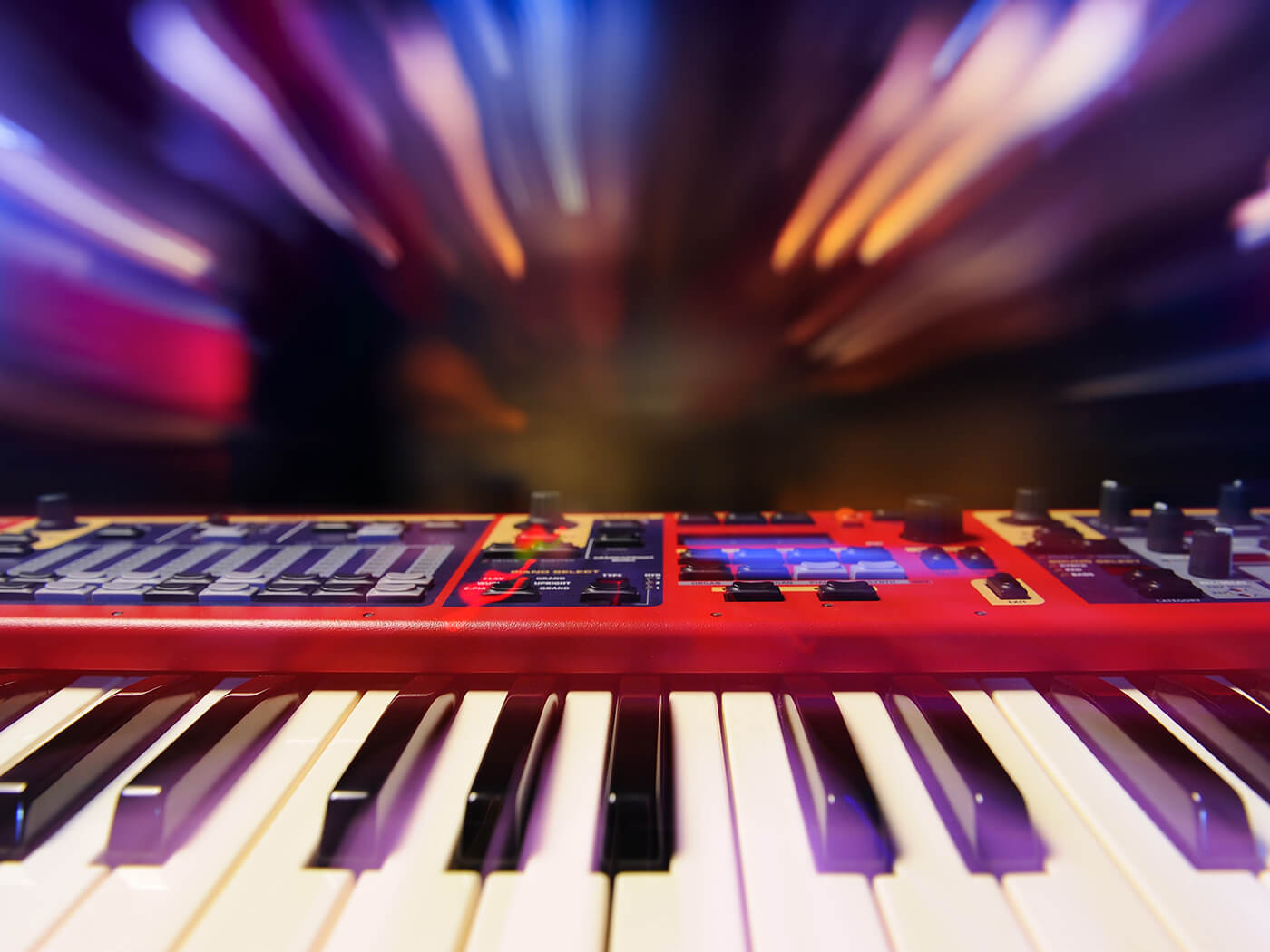 Subtractive synthesis, which we looked at in detail in our last instalment has a long and illustrious history. For many years, it was the only show in town when it came to programmable sound synthesis. But by the early 80s, the market was becoming rather stale: good synths were expensive, affordable synths often had many limitations – and all were confined to producing only a certain range of sounds.

Other sound-synthesis techniques existed, but those that had made it as far as commercial release were exorbitantly expensive. One alternative, yet to escape the lab, had been developed during the late 60s by Dr John Chowning at Stanford University and was dubbed ‘frequency modulation’ (or FM synthesis). Radically different to subtractive in both method and results, FM synthesis combined simple waveforms in order to create a more complex result.

Stanford patented its FM technology and hoped to license it to an American instrument manufacturer. But their attempts at gaining the interest of the likes of Hammond and Wurlitzer failed. There was one company which did understand Chowning’s ideas, though and that company was Yamaha. It didn’t have a big presence in the US market, but the company was the world’s largest manufacturer of musical instruments; Stanford duly granted Yamaha a one-year licence to research the commercial viability of FM.

Following the successful prototyping of a monophonic FM synth, Yamaha in 1975 acquired exclusive rights to Stanford’s technology, and by 1980 had released the world’s first commercial FM synthesizer, the GS1. While you may not have heard of this instrument – it doesn’t rank highly on most synth wishlists – you will have heard of its successor…

The instrument offered considerably more bang-per-buck than any analogue subtractive synth of the day, too, with 16-part polyphony (almost unheard of at the time), internal patch storage with the option of adding more via memory cartridges and full MIDI compatibility; MIDI itself was an exciting new technology at the time, too. It was an instant hit.

Sound-wise, the DX7’s sharp, bright, hard-edged sound was markedly and radically different to the warm fuzziness of analogue synths. It was also much better able to emulate the sound of acoustic instruments than was subtractive synthesis. Of particular note were the DX7’s electric piano, organ and bell sounds, which were far more realistic and expressive than anything even the best analogue synths could muster. The FM sound wasn’t everyone’s cup of tea, but nevertheless, it went on to define the sound of much of the music of the 80s and beyond. 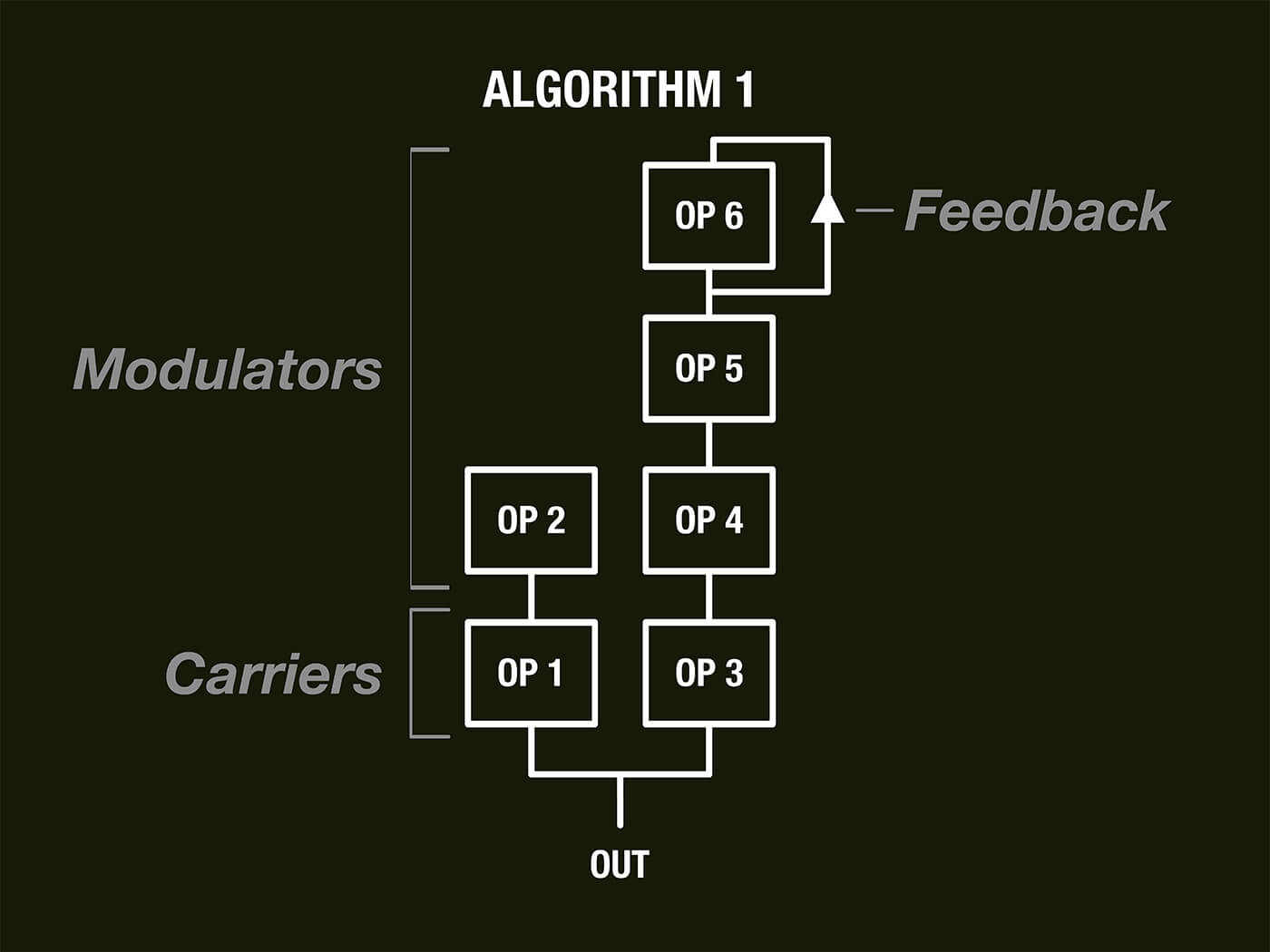 Thanks to its price, newness and Yamaha’s sheer manufacturing muscle, the DX7 rapidly overtook and then utterly eclipsed the number of analogue subtractive synths that were being sold: in its first three years alone, 200,000 DX7s were sold.

As the decade continued and rolled into the 90s, new digital-synthesis technologies continued to emerge, producing ever-more accurate emulations of acoustic instruments, at ever-more affordable prices. Naturally, musicians and producers were lapping up all of these new and great-sounding toys. Interestingly, Yamaha’s peers, the fleet-footed Japanese manufacturers such as Roland and Korg managed to adapt, survive and thrive in the digital era. Yet many of those true-analogue pioneers were swamped by the digital onslaught and paid the ultimate price for not adapting John Chowning’s invention. Many great companies closed down, and analogue synthesis was dead. Or so it seemed…

As the runaway success of FM synthesis continued, it became increasingly apparent that there was a problem – one similar to that which had lead many companies to pass up the technology: FM can be extremely complicated!

Gone were the sumptuous control surfaces adorned with knobs, switches and faders that allowed direct, instinctive, hands-on control of the sound… to be replaced by banks of buttons, a small LCD screen, and perhaps a data-entry slide or two. Gone, too, were the simple concepts of oscillators and filters, to be replaced by a whole new arcana of operators, algorithms, frequency ratios and more. Intuitive it was not!

Analogue-synth circuitry involves many different components: transistors, capacitors, resistors and more. The response of any individual analogue component is likely to deviate slightly from its intended response; multiply such tiny deviations by the number of components in the synth and the result is an instrument with an individual character and sound.

In contrast, a digital circuit produces an identical output in response to any given input. If components deviate too far from their intended response, then the circuit will simply stop working. There is arguably, therefore, no scope for subtle characterfulness.

This ‘sameness’ problem became much worse with the advent of sample-based synths in the late 80s. These gave unparalleled degrees of realism for the time, but even though some modification of a sample-based synth’s sound was possible, the underlying samples were always recognisable and identifiable. And so where once you could listen to a new piece of music and wonder at how the different sounds had been made, by the late 80s, listening to contemporary music was more like a game of ‘spot the preset’.

But change was afoot. Old analogue synths started to command startling asking prices, and many were becoming far more desirable than the latest mass-produced digital marvels. Music itself started to follow the renewed interest in the analogue sound, permeating new styles and genres until they ended up relying almost entirely on analogue subtractive synths.

Companies that had closed their doors two decades earlier were relaunching, with new products and reissued classics – and new manufacturers were popping up, too. When the computer-music revolution ramped up and DAWs became the norm, the classic names and instruments started reappearing as software emulations that created their sound using digital models of the original circuitry.

Even where not modelled on a specific classic synth, the vast majority of the virtual synths that began to (and still) dominate the market were subtractive in nature, with hands-on GUIs and simple analogue concepts at their hearts. With no expensive circuitry involved, this new wave of virtual-analogue synths has been able to push the bounds of subtractive synthesis far beyond anything that was ever possible in the past.

Subtractive synthesis had risen phoenix-like from the ashes. It may have to share space with lots of other synth technologies nowadays, but it’s once again the dominant form of synthesis.