Show Off Your Studio: Noga Erez makes music with a message at Spring Hill Sonorities

We take a look at the Tel Aviv-based couple’s workspace to learn why the Roland Juno synths helped glue together the upcoming album, KIDS. 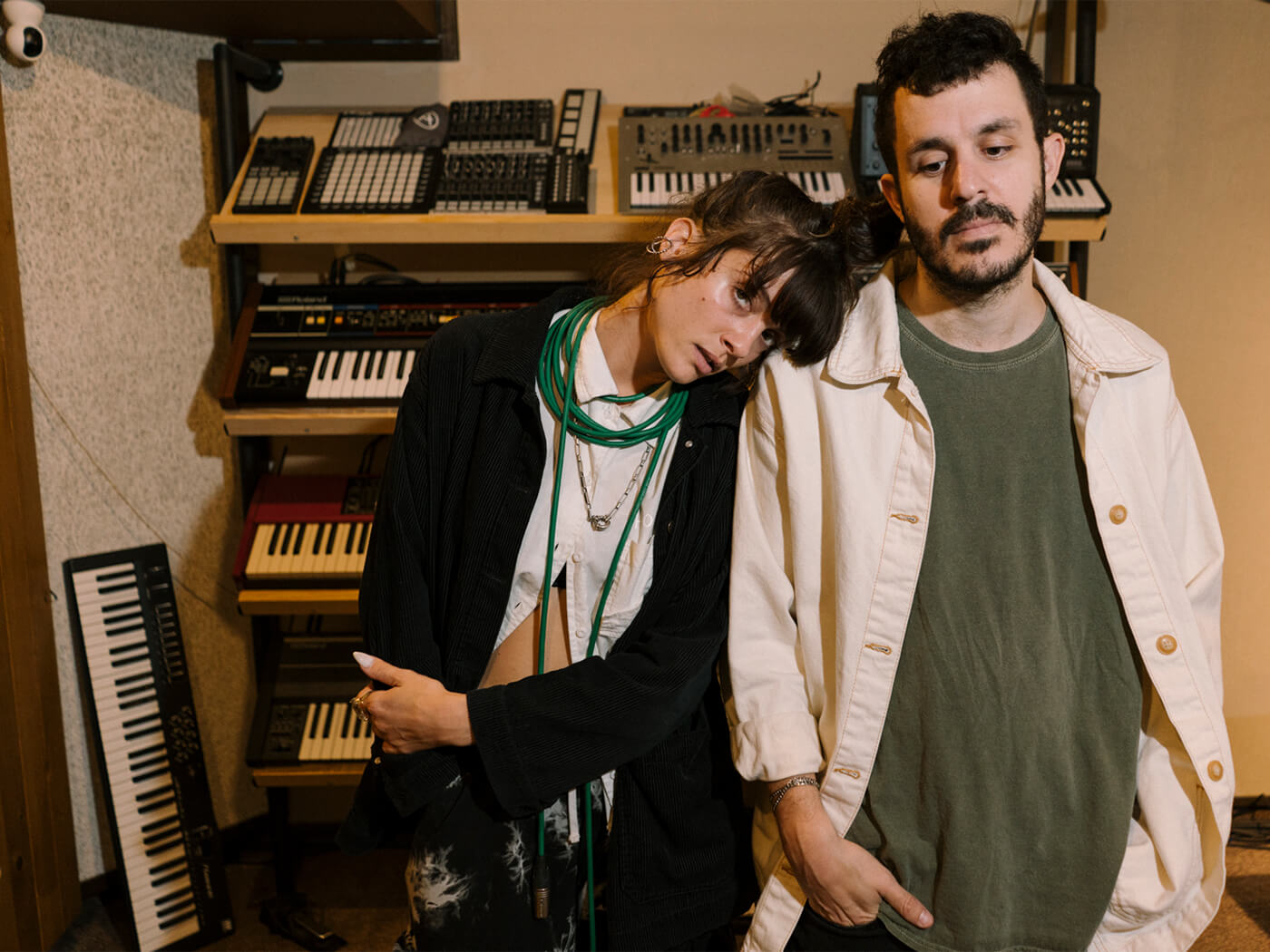 Noga Erez’s music isn’t trivial. The Israeli musician and producer addresses themes of loss, personal relationships, politics, and the connection between parent and child in her upcoming album, KIDS. Despite the serious nature of some of her songs, Noga Erez still delivers gnarly, head-bopping beats, with her partner Ori Rousso playing a vital role in the production process, too. In this week’s Show Off Your Studio, the duo invites us into Spring Hill Sonorities, where they fell in love with studio icons like the Roland Juno-6 while creating KIDS.

Tell us a bit about the studio, Noga Erez.

The studio is called Spring Hill Sonorities and is based in Tel Aviv just 10 minutes from our home. It’s owned by two amazing guys named Yarden and Guy. We’ve only been working out of the studio for about a year, but it feels like we’ve been here forever.  The idea behind this studio is to feel like you’re inside the software. It has a wall of connected synths, everything is patched and the workflow simulates the lightness of clicking on a plug-in.

Ableton Live. It’s all about playfulness and workflow. Ori used to work on a bunch of different software before moving to Ableton but, for creative purposes, both of us found it fun and easy to use. 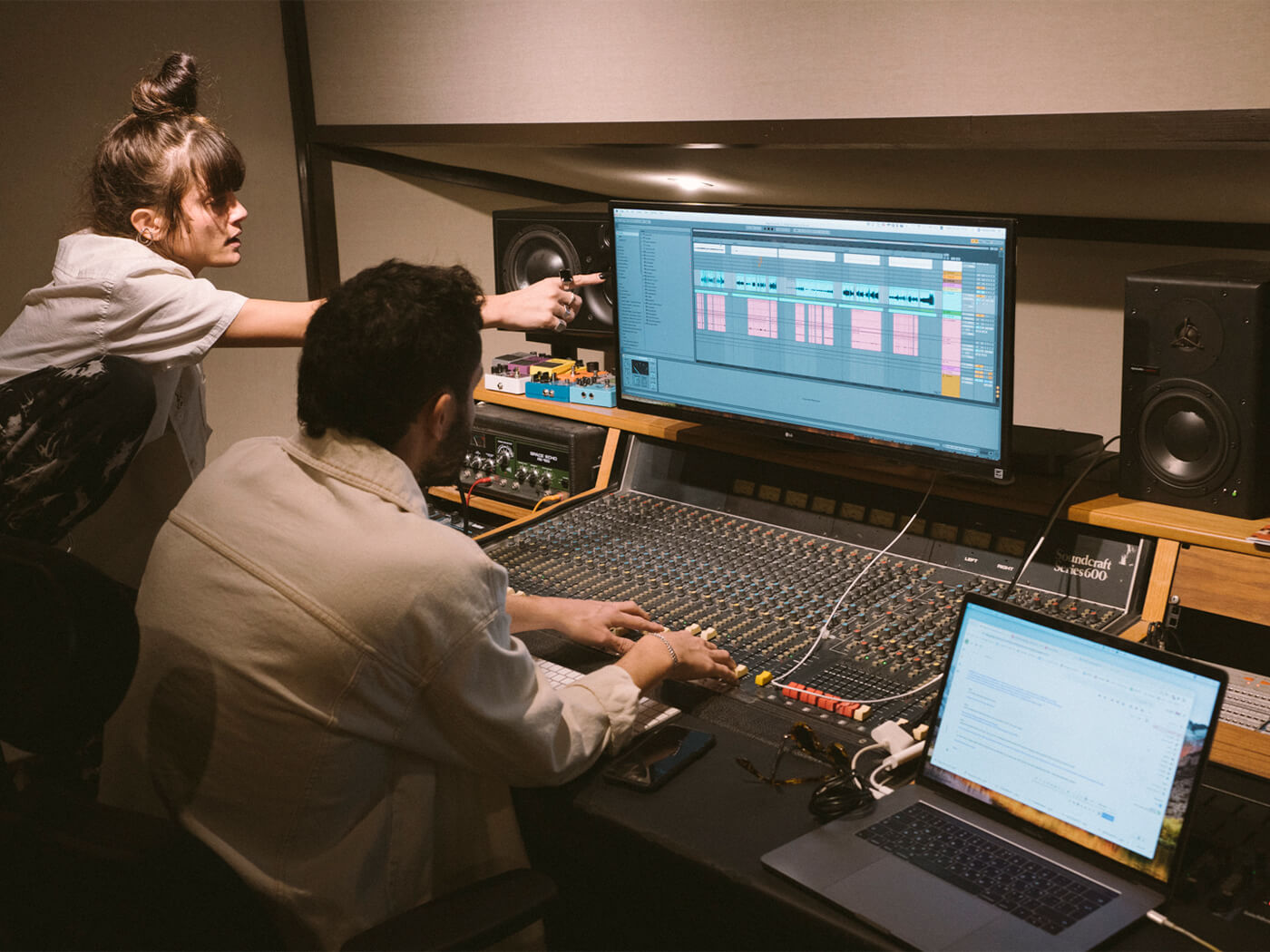 This studio is really soundproof. We are the type of musicians who need to work in silence. Other than that, we just have sessions in our calendar, we get to the studio and start working. Sometimes the creativity comes immediately and sometimes it doesn’t. There’s no specific or special atmosphere – just getting there every day and trying to make amazing songs is the driving force.

You create music with your life partner, ROUSSO – what’s your workflow like?

ROUSSO and I have been working together for seven years. He’s my favourite musician. I trust his taste and creativity like no one else. It’s a constant dialogue. We have very similar taste in music but we have our differences which leads to frequent music debates. Ori makes the beats and we improvise on top of them and then from there develop the song. But every now and then there’s a song that comes out in a more classic form which is composed over piano or guitar.

It changes all the time. But right now, the Juno-6. We actually used it a lot on our new album. The sound of this synth is hard to explain, but everything just glued immediately. It’s like magic. 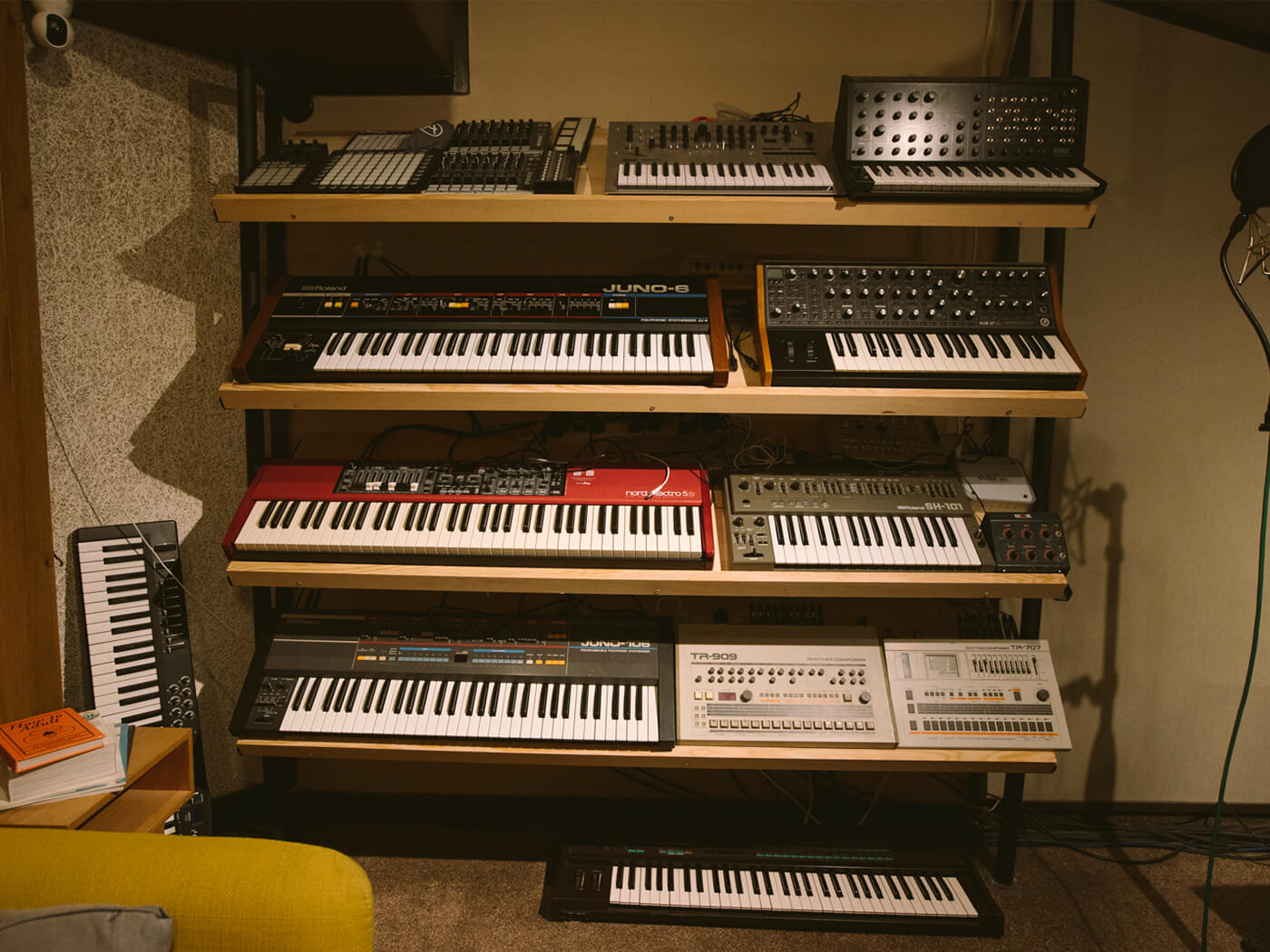 What synths or effects can be heard the most on your new album, KIDS?

We used a lot of analogue synths like the Roland Juno series, SH-101, Moog Sub 37 and some plug-in effects like Decapitator by Soundtoys. We used lots of Waves plug-ins, all the CLA’s, R compressor, R bass, R vox, R verb and many more. We also used FabFilter Pro-Q 3, Oeksound Soothe 2 and Sonnox Oxford Inflator. 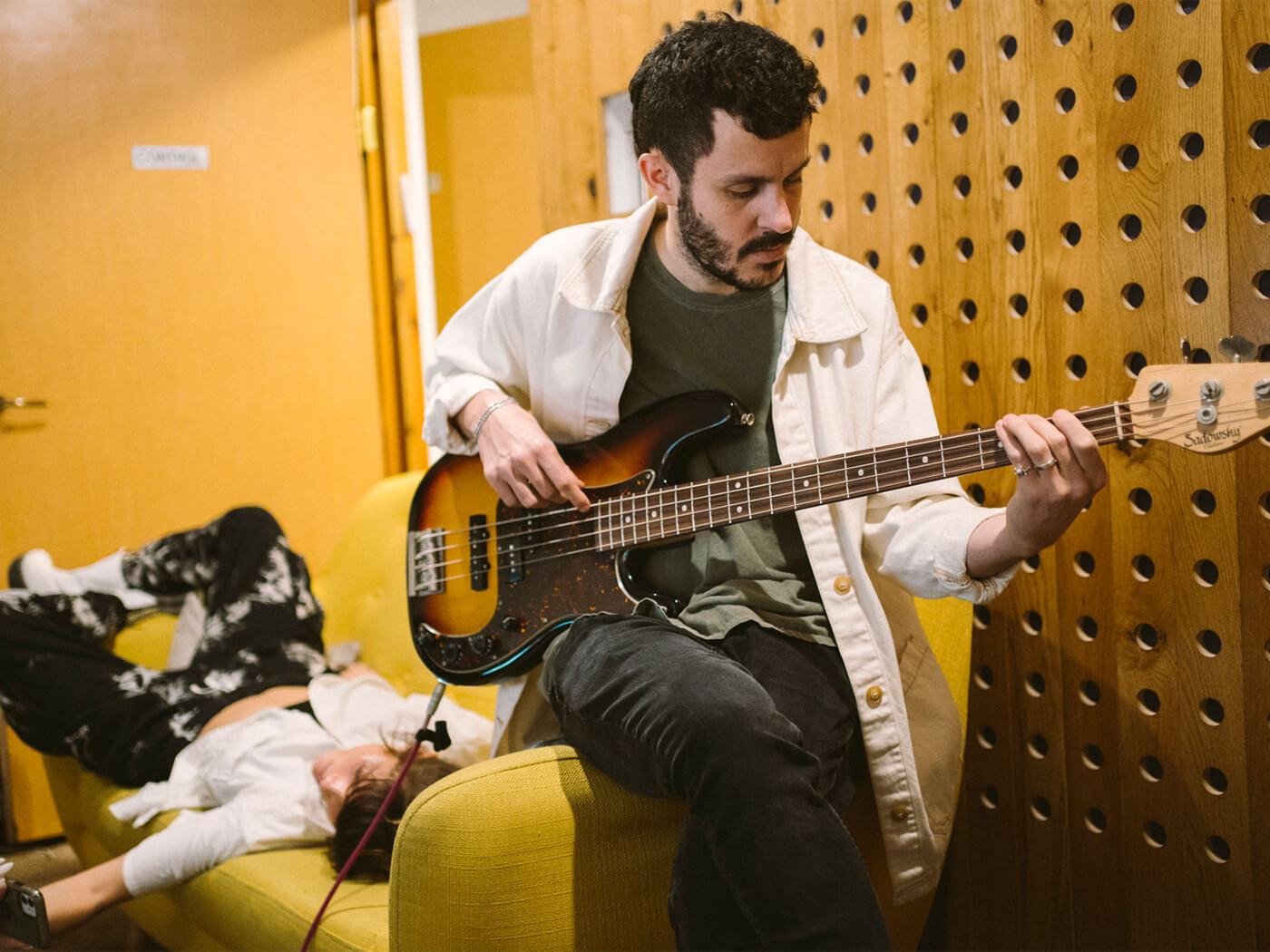 When fusing socio-political themes into your music, are you consciously creating sounds that make the message more impacting? What comes first, the track or lyrics?

Music and lyrics serve one another. Music should support the lyrics, lyrics should have a song that fits a beat with good sonority. Ori will usually start a process by making a beat. Sometimes we don’t know if it’s the atmosphere in the beat that created the song theme, or something deeper that we are going through.

My phone for the voice memos. 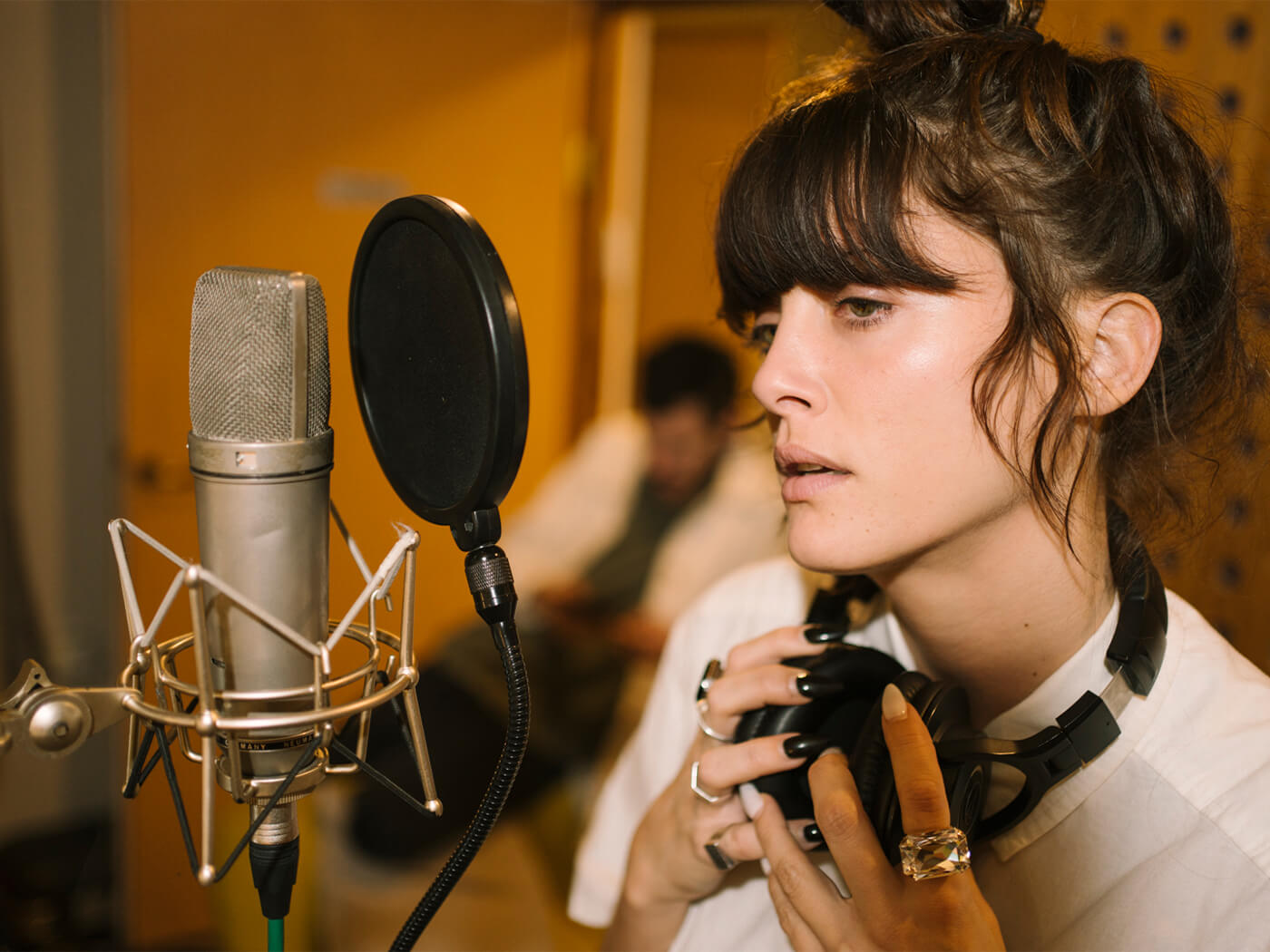 Most of the equipment in our studio is not ours, we don’t own much. We are wanderers.

The acoustics were designed by a professional in Tel Aviv. Honestly, this is the best sounding room in the whole world! 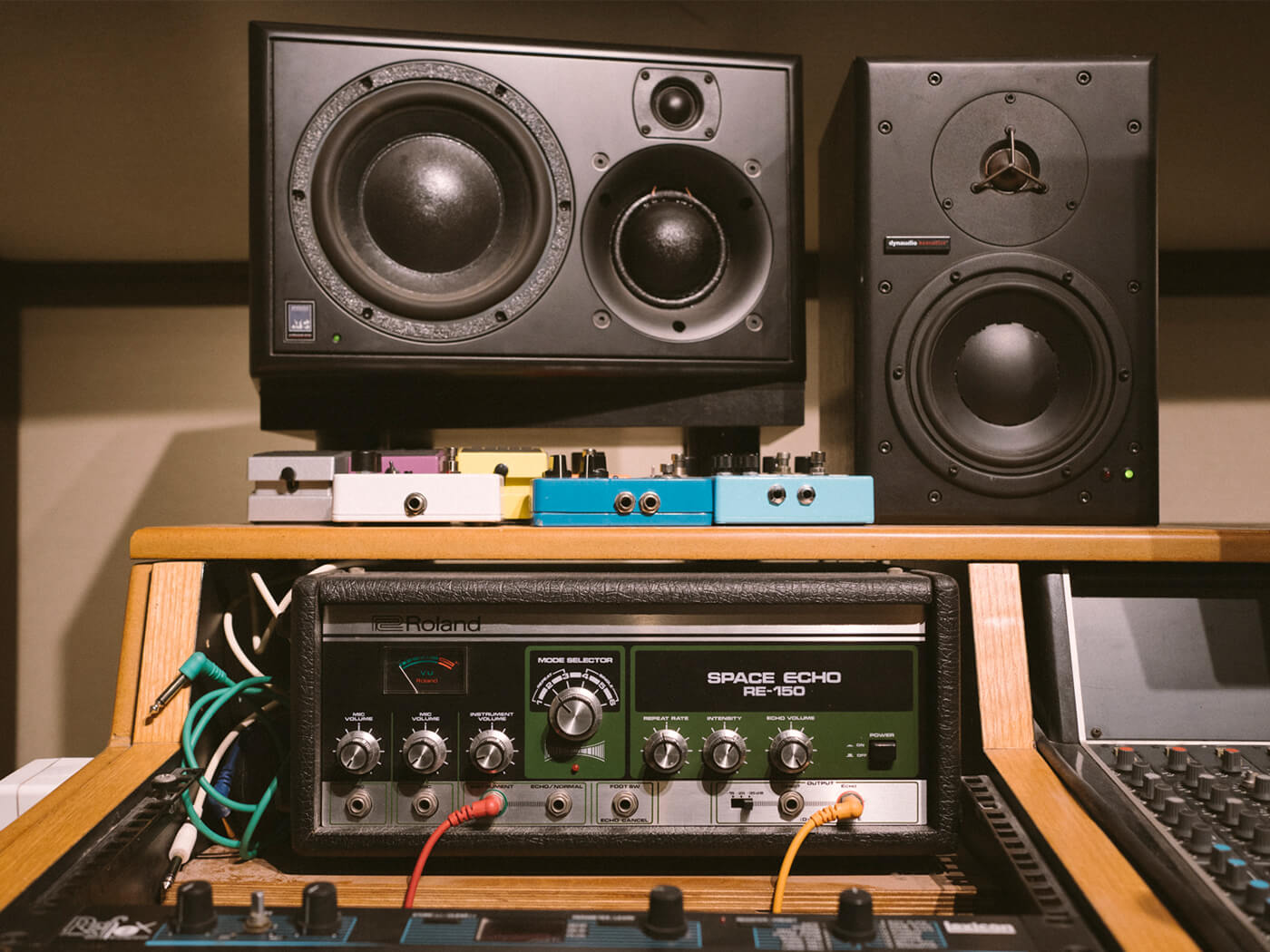 We really need a new Macbook Pro because ours is getting tired. We also want lots of cool drum bells. All kinds of block and slay bells.

Telefunken ELA M251 T. We were testing out some mics when we were visiting a studio in LA. My voice on that microphone was just so natural. 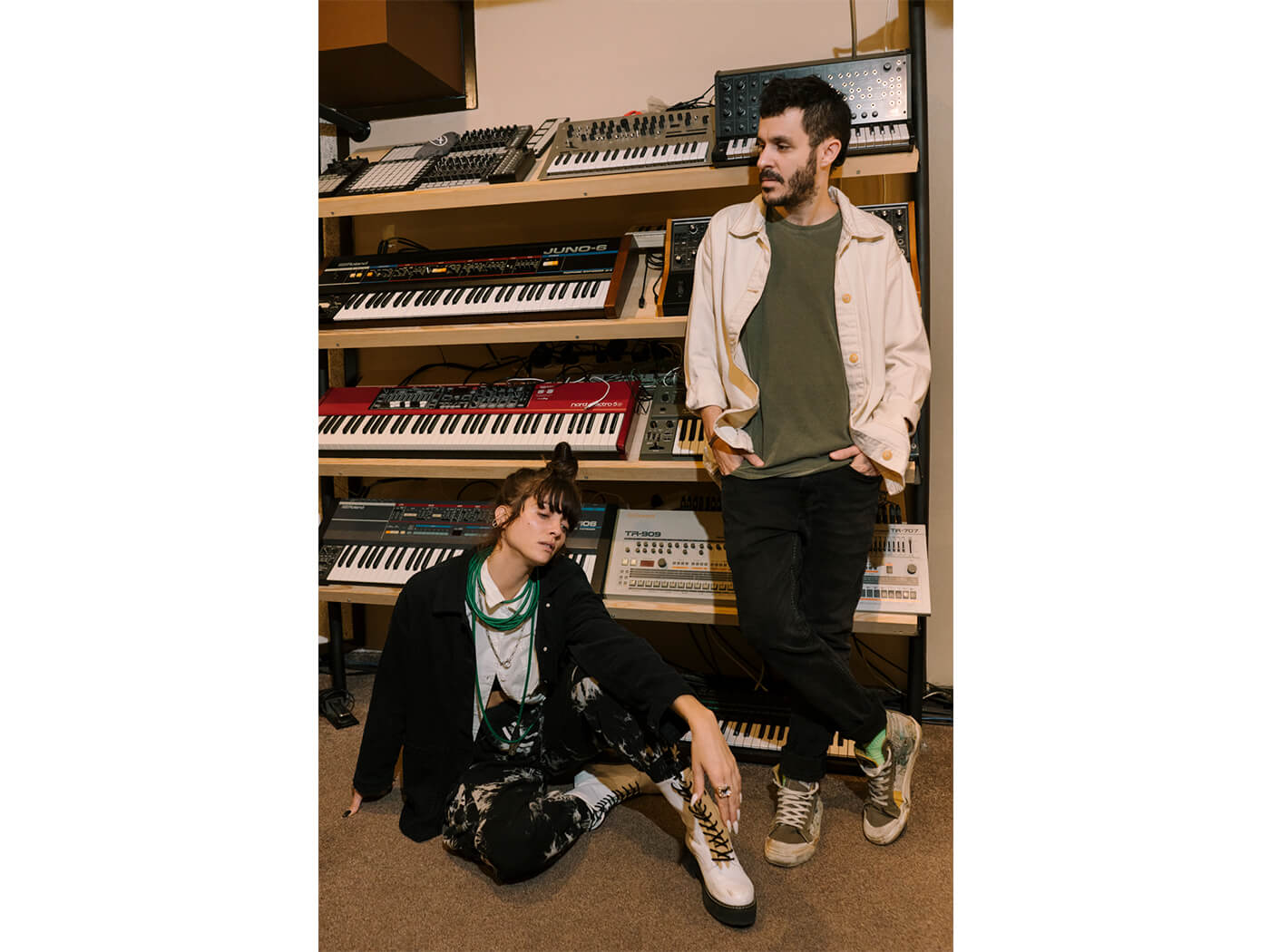 Listen to music first for fun but then listen to music while trying to separate the different channels. Imagine the drums, then bass, vocals, effects, and so on. The knowledge is all out there.

Save up and get ready for a continuous effort to try and perfect something that’s never going to be perfect. 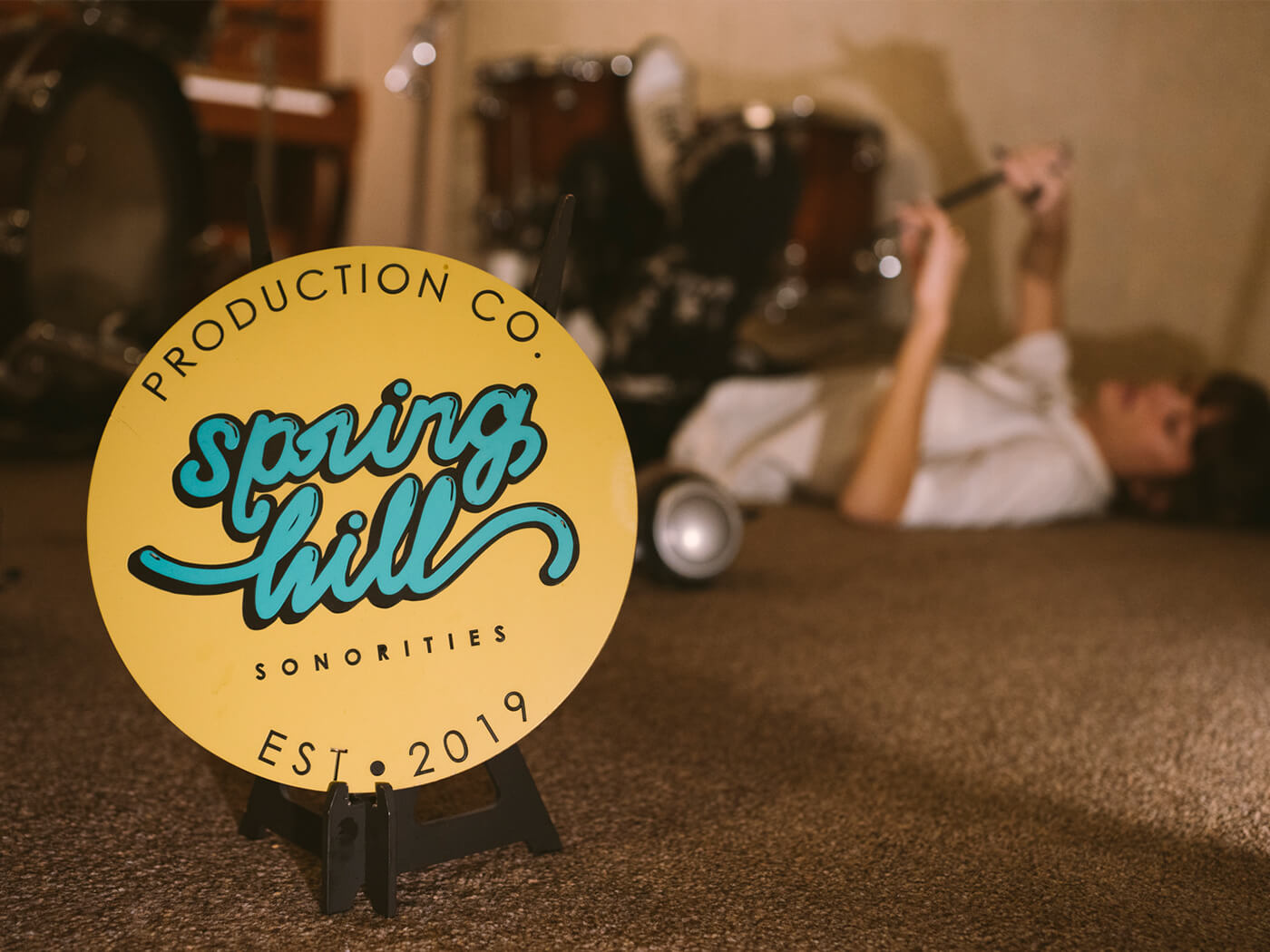 Noga Erez’ KIDS will be released 26 March on City Slang. Find out more at nogaerez.com.

For more Show Off Your Studio features, click here.