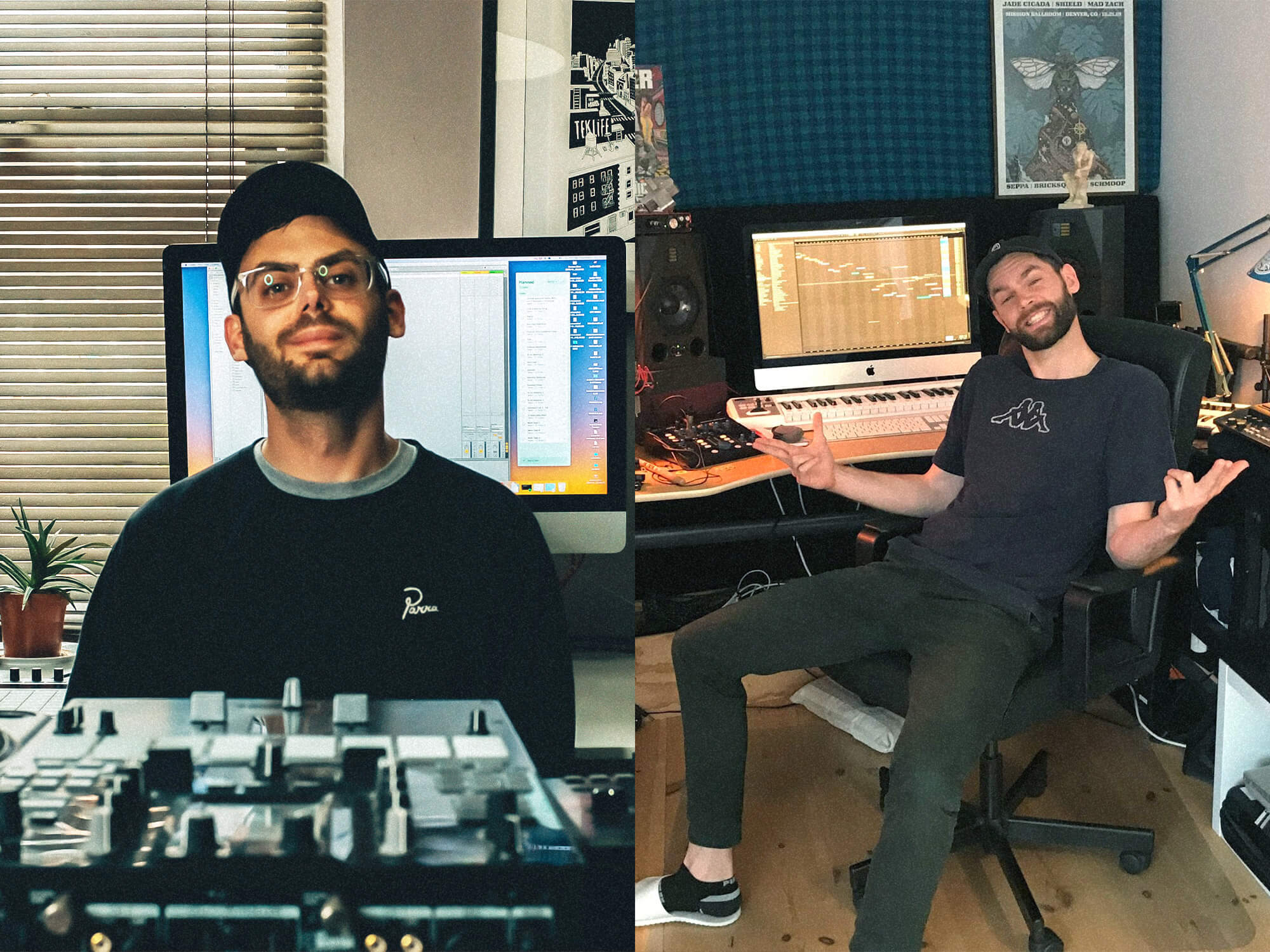 Show Off Your Studio: Jon1st and Shield team up to create global rave-shaking beats and bass music

Two talents work together in ‘co-op mode’ to produce electric halftime and footwork with a live performance feel.

Jon1st is a DMC World Champion turntablist based in the UK. Shield is a percussion fanatic, multi-instrumentalist and composer in Denmark.

As a live act, they’ve toured the world, shaking bass music and footwork to their cores with a skippy, live percussive halftime take on music at 160bpm and higher. In terms of production, however, both use online tools to create tracks together from their respective studios, as they jam out on an array of impressive kit, swapping ideas back and forth as one tight unit.

Their May 2022 Focus EP was the fruits of their labour from this tireless, watertight operation.  MusicTech checked in on Jon1st and Shield to take a peek at some dreamy gear that helped shape the release before finding out how they work so effectively overseas.

Jon and Alex! Props on your huge Focus EP. Was it refreshing to team up again on this?

Jon: “This EP was fun to work on. We had previously written our music either in our respective studios in Leicester and Copenhagen in between touring, but this EP was largely written during the 2020 lockdowns with us sending parts back and forth. We also made all this material having toured a lot together, and while we had previously deconstructed our studio tracks to perform live, this time around we included performance and live resampling was a big part of the writing process.”

Shield: “Since COVID-19 made it nearly impossible for us to be touring, as well as actually meet up and having sessions, it was wonderful to still be able to make music.”

How was the EP get made with you both being in separate locations?

Jon: “We would use Splice Studio a lot to share and update projects back and forth with a pass-the-baton approach, checking in on the phone with ideas and suggestions for each other. We really like how Splice Studio saves all your previous versions in an archive too, so we were able to reference different ideas we’d had in the writing process.”

Tell us a bit about your studios.

Jon: “My studio in Leicester is just a simple home studio in my living room that doubles as my DJ practice space. It’s a nice open-plan space so it doesn’t feel too invasive on the rest of the house.”

Shield: “My studio in Copenhagen is a medium-sized room in a basement that I rent. Initially, it was just a simple studio setup with barely anything in the room. After a short period of time, I filled it up with all my homemade acoustic panels and loads of drums and producer gear.” 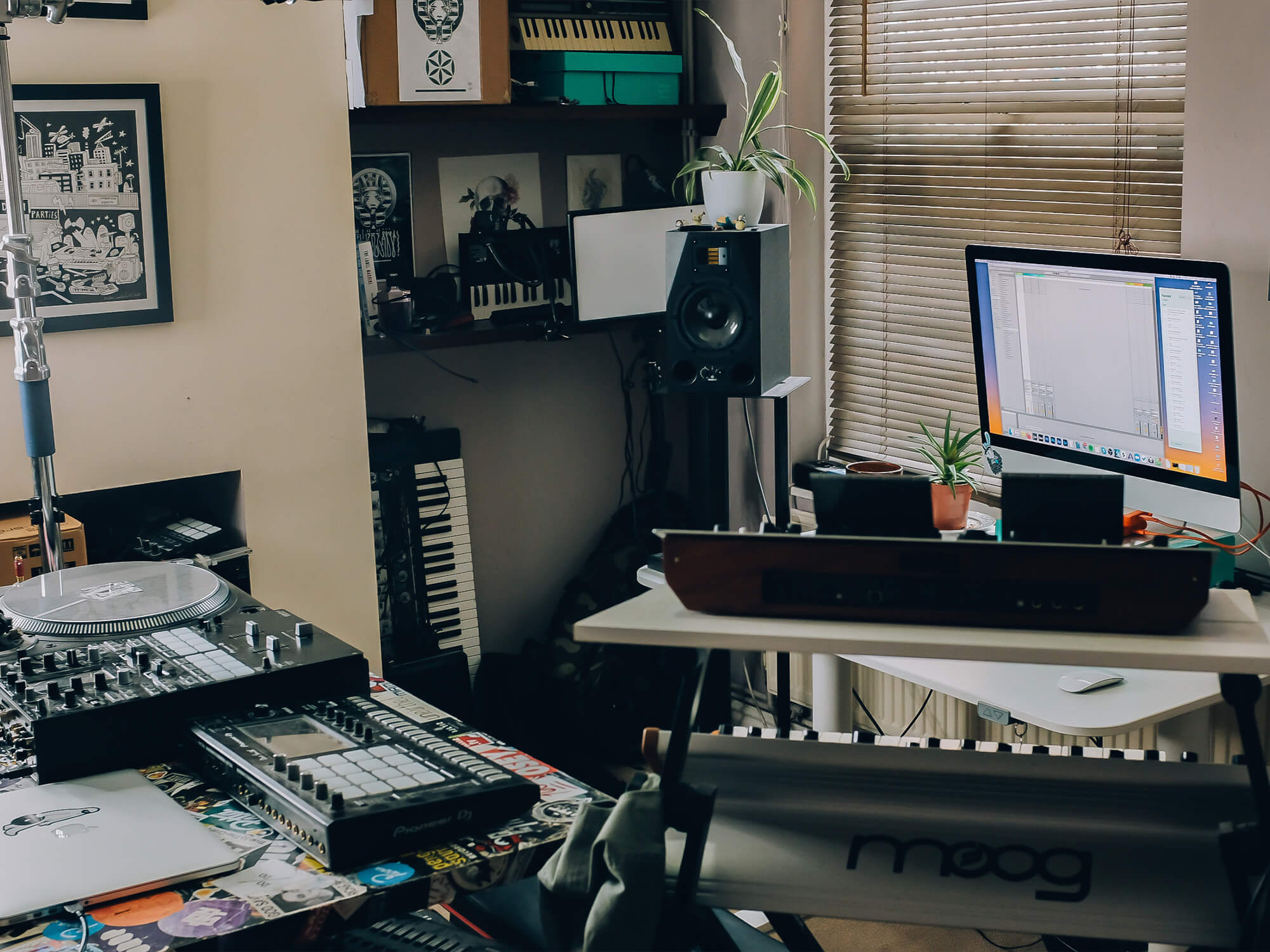 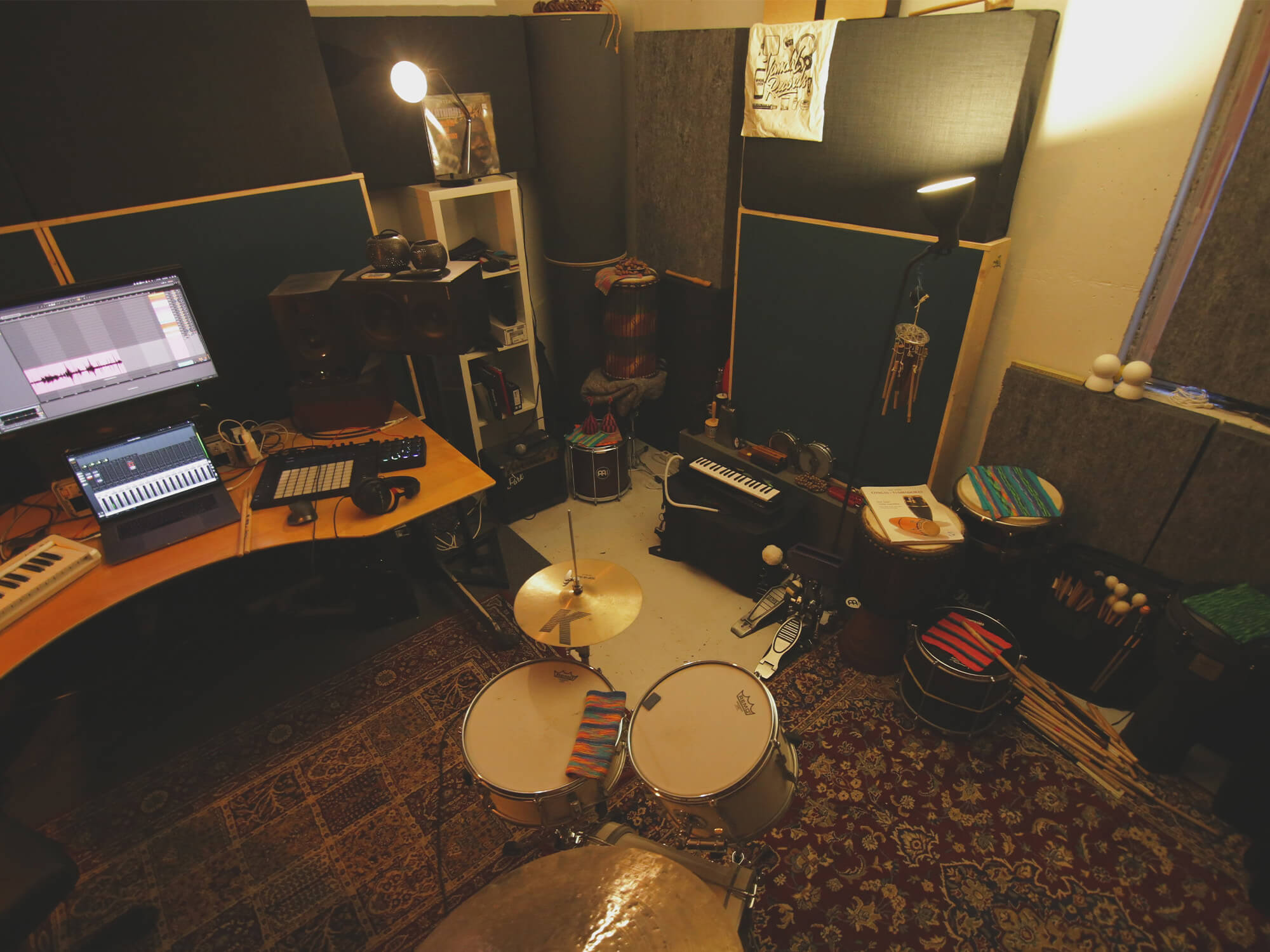 How do you use your studios?

Jon: “All my music is made here. It’s easy to record from and do day-to-day office work, too. And I have my camera stand set up over my DJ equipment so I’m ready to go for recording performance videos at home or streaming.

Shield: “I do everything here. I record live drums and percussion to start new ideas, as well as guitar and bass guitar. I also sample loads of records and do all my editing and composing here. Often. I just end up practising the drums for hours without working on the stuff I came to finish.”

Jon: “I use Ableton Live. I dabbled with Logic Pro and Reason many years ago but Live made the most sense to me when I started out coming from a DJ background, and I stuck with it.”

Shield: “I’ve been using Ableton Live for about six years now. The latest updates have been absolutely amazing and the Max4Live plug-ins and tools you can find are crazy and are mostly free. [It offers] endless inspiration and creativity.”

Jon: “My turntables. Coming from a turntablist background, it’s the most natural way for me to jam out ideas and, even if I end up replacing parts with VSTs or samples, it’s a quick way of me laying down some initial ideas.”

Shield: “I would definitely have to say my interface, the Universal Audio Apollo Duo (and everything Universal Audio) is such a beast. Since I record live instruments on every project, it’s a no-brainer to have an interface that records with zero latency and has such amazing stock plug-ins.” 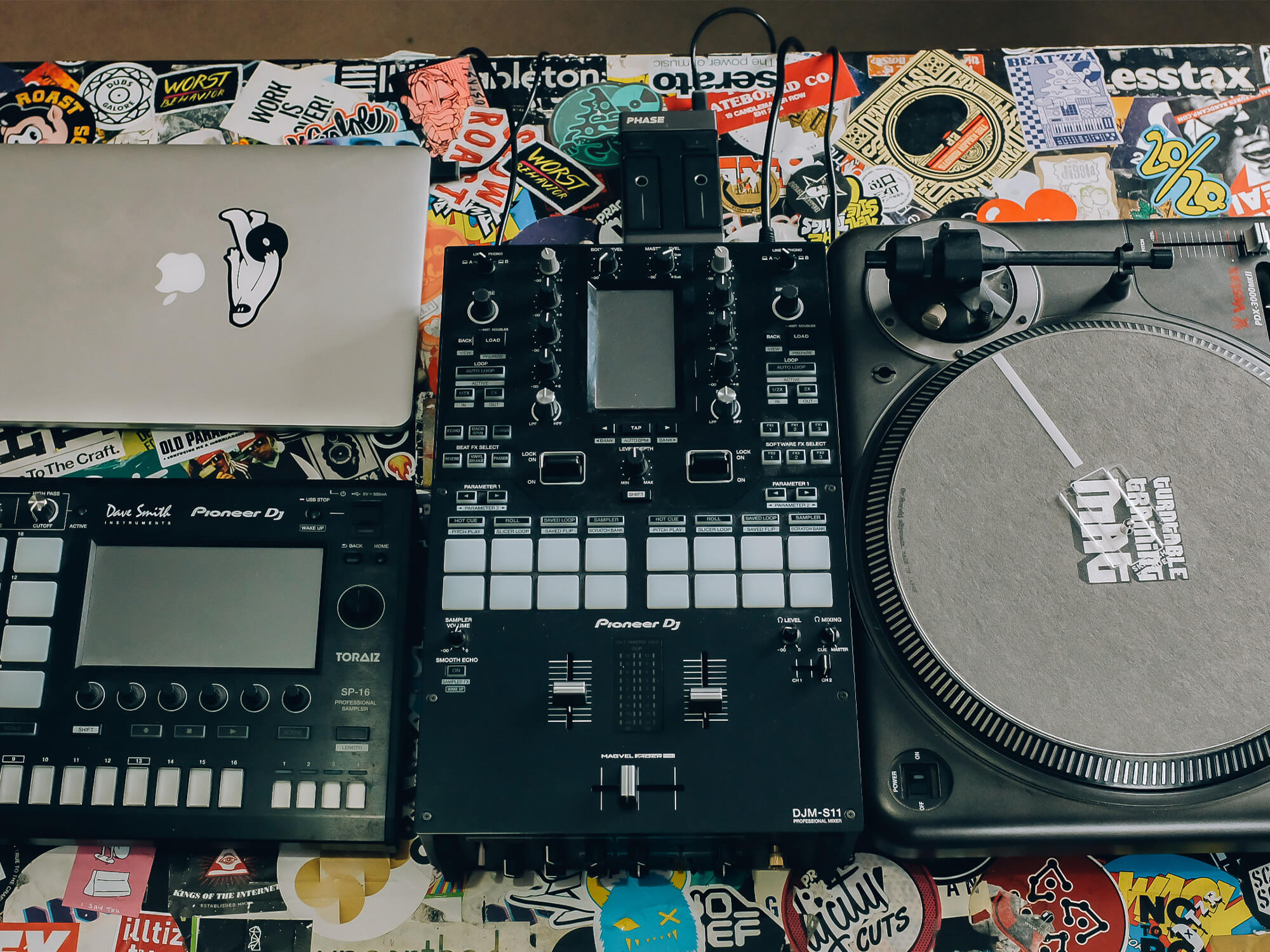 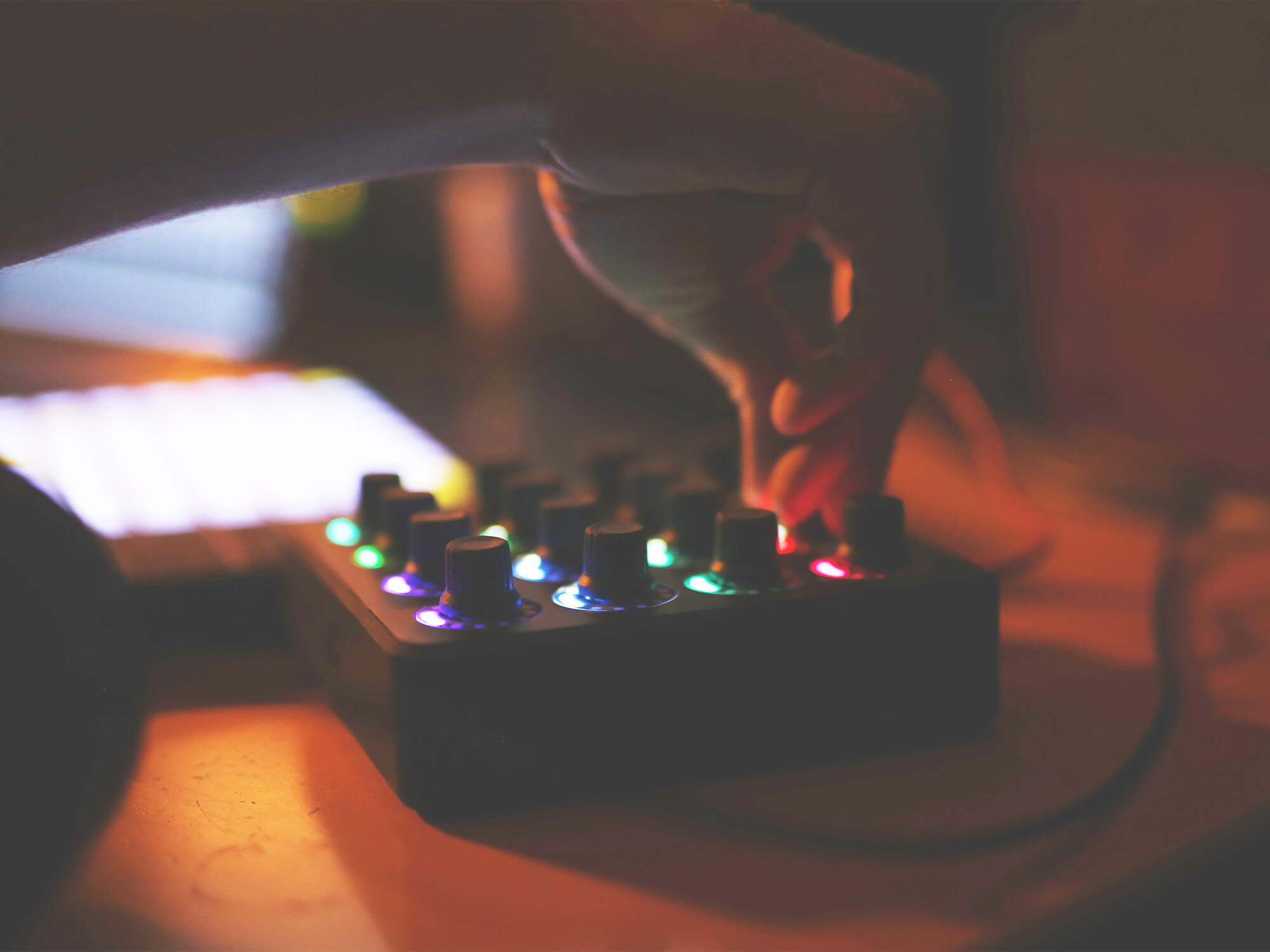 What synth or effect can be heard the most on the Focus EP?

Jon: “We used Envelope Follower a few times – mostly on the second drop of  Strangers to create that rhythmic gating effect on the melody, but a little on the first drop, too, and XLN RC-20.”

Shield: “We’ve used Magnetic and Diffuse (Max4Live plug-ins from the Dub Machines bundle) quite a lot for spring reverbs and crazy automated delays. Spectrasonic Omnisphere is also a staple in our productions for sure – amazing lush synths and crazy samples. [It’s] one of the best investments I’ve ever made synth-wise.”

It’s impressive how you’ve managed to still perform live over the internet. How does that work?

Jon: “It took a while to get used to but now we have a bit of a system. We usually have a chat about who wants to play what in the tracks and then we bounce out backing tracks for each of us and then splice it all together in Adobe Premiere, or one person will record an idea and the other will respond.”

Shield: “You can say it’s semi-live. We perform and record all the sequences as a live take individually and then we edit everything together. It was a lot of work to get everything aligned. All the right takes, videos, audio and samples are imported to the Pioneer Toraiz SP-16s and not forgetting actually nailing the takes without playing small mistakes – it’s intense.”

How have your live performance setups evolved over time and how do they differ to your setups used for the Focus EP? Was there a lot of jamming involved in the EP?

Jon: “The equipment for the live performance has largely stayed the same but we fine-tuned the workflow and managed the CPU in Ableton Live as we gained experience on the road.”

Shield: “In this EP, things differed slightly because we were able to process some of the sounds like Jon’s scratching, which we haven’t done live so much.

“Jamming was a big part of the writing process this time – a lot of the tracks on the EP have a core riff that wanted to try to flip in different ways as the tracks progressed. We spent a lot of time resampling some of our hooks live either with scratching or mixer effects on the Pioneer DJM-S11 to create parts that would be very performable for us when incorporating them into our live show.”

Shield: “I tend to buy a lot of drums and percussion a little too often so the next big thing I would love to get is a Roland Juno-106. I’ve used the Roland Cloud plug-in version for ages, but I want the real deal. I’ve tried it in so many different studios and every time I think to myself: ‘who are we kidding, I need one of these!’” 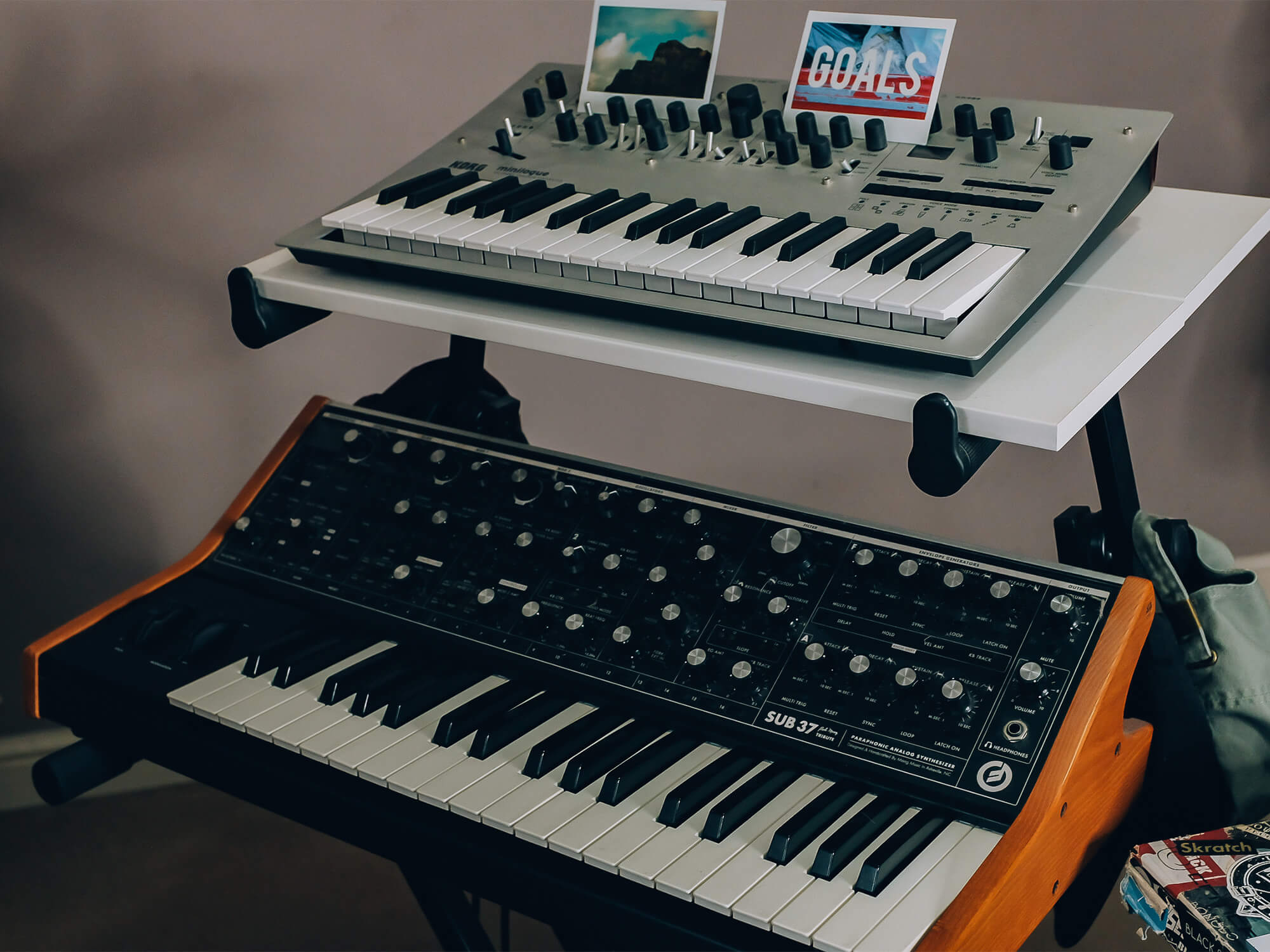 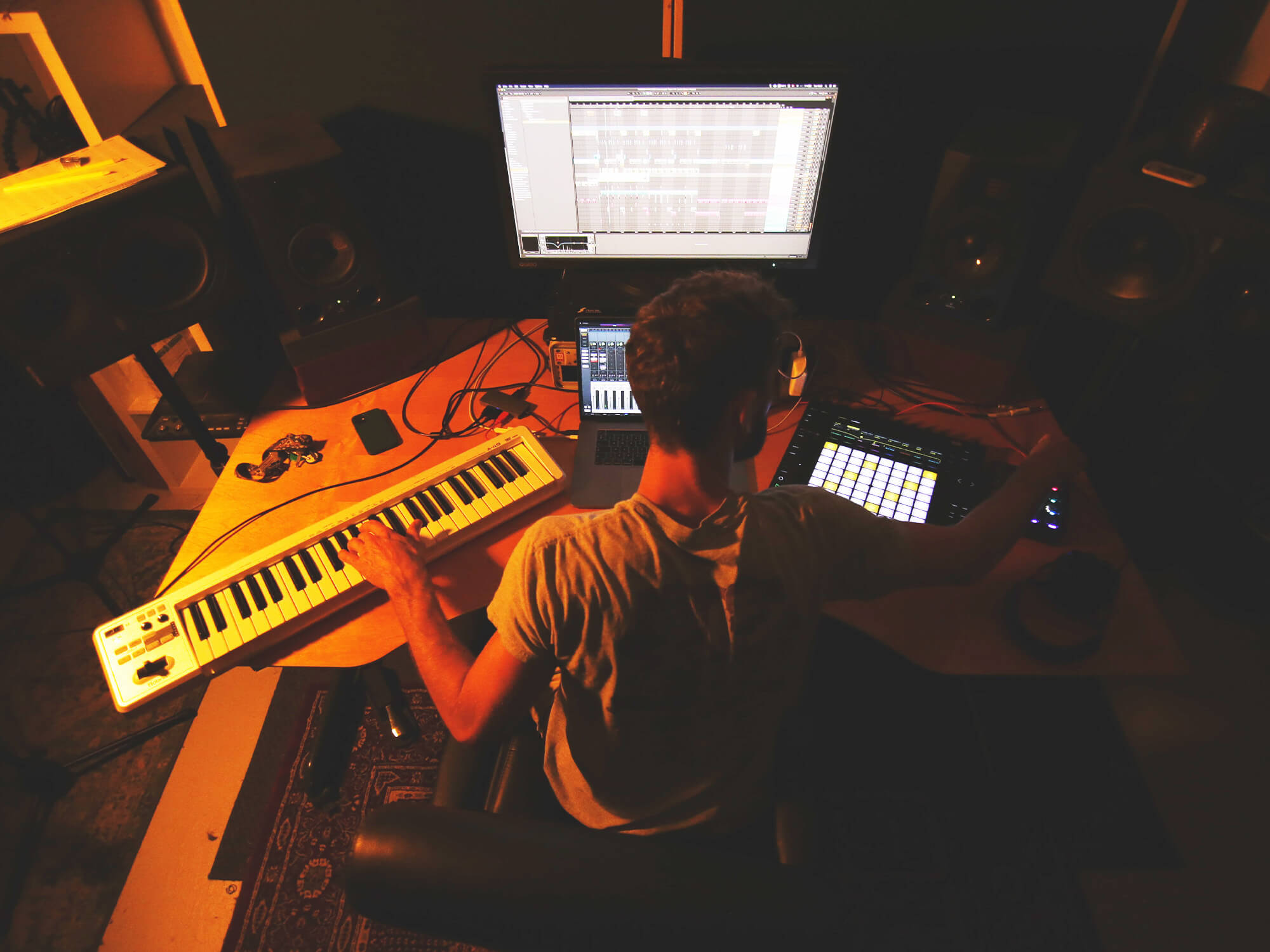 Jon: “Try to make something regularly, every day if you can. Collaboration is a really great way to learn too – I owe a lot to Alex, EAN and Will LV in particular for my own development as a producer.”

Shield: “Getting good at producing is like practising. Repetition is everything. Every beat you make is learning. Every arrangement you finish is a completing a goal. Be your own mentor: ‘What is missing? Could I make this kick more punchy? What happens if I mute the drums in this section?’. There’s always another way. You just have to be willing to try again and again.”

Jon: “Make sure you are on good terms with your neighbours!“

Shield: “Buy some proper studio monitors before anything else. It will save you so much disappointment later on when listening back to your mixdowns.”