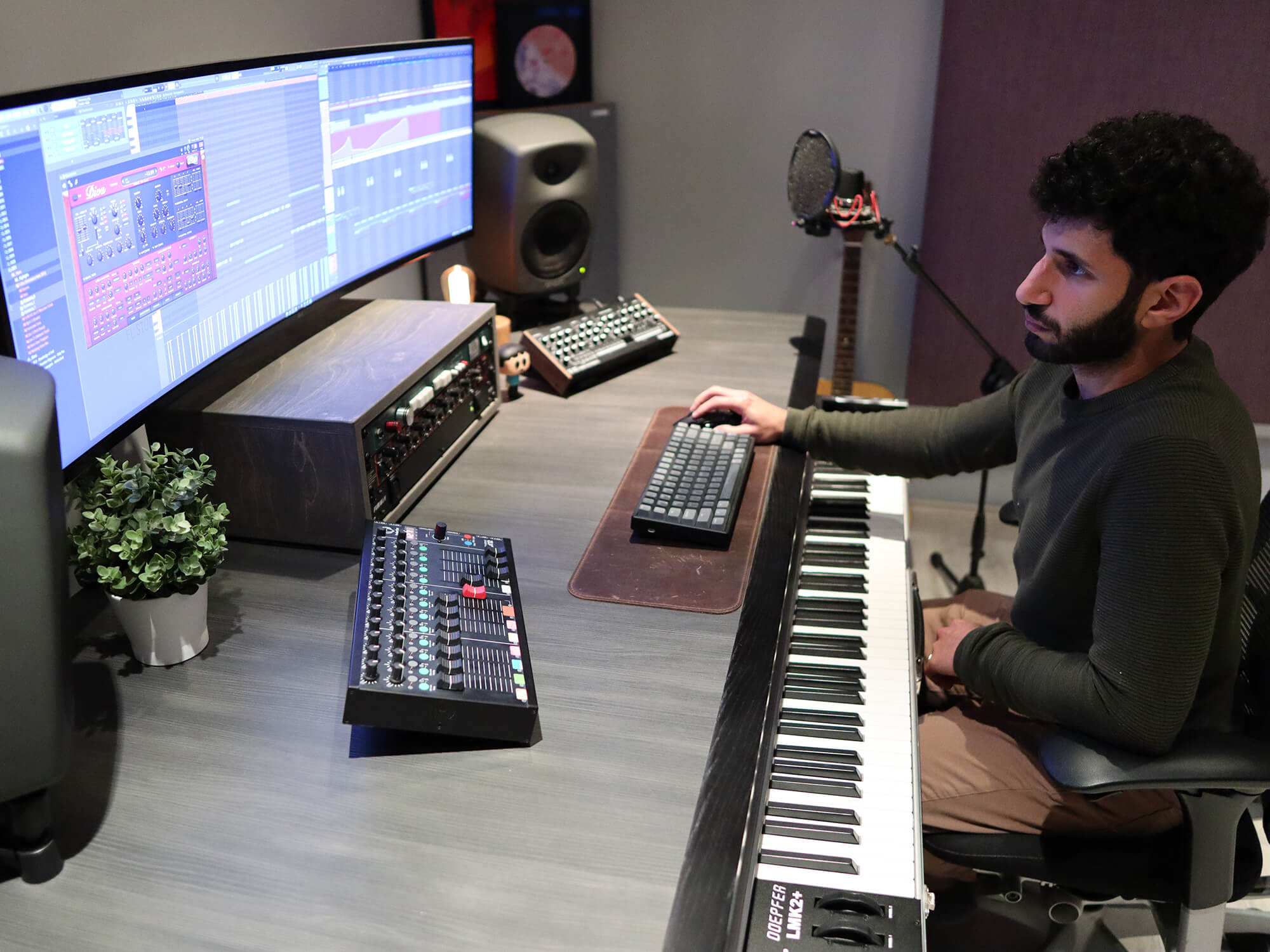 The Monstercat Silk producer lets us into his new pad to tell us about his latest track, Unfinished

Having made his debut onto the electronic music scene in his teens in 2008 and coming from a musical family, Qatar’s Amr Hachicho has always been surrounded by music. Known as A.M.R, the bedroom producer garnered early support from the likes of Armin van Buuren, Above & Beyond, and Tiësto for his trance productions, and has more recently found success on Monstercat and Anjunadeep labels for his deep and progressive house tracks. His 2018 EP Orchids set the tone for his new journey into more introspective sonic territory.

READ MORE: “Musically, I can do everything I want. There are no external guidelines”: Boris Brejcha on ‘high-tech minimal’ and working only with software

He’s now gearing up for the release of Unfinished, which, despite the name, is a carefully crafted track with delicate vocals from Lumynesynth. Awash with lo-fi tones and glistening synth work, Unfinished is dreamy, uplifting, and emotive. We step into A.M.R’s modest studio and learn how he creates his signature textural sound without an expansive list of gear and how he knows when to incorporate vocal lines, and tells us why his Genelec monitors have become his best friend. 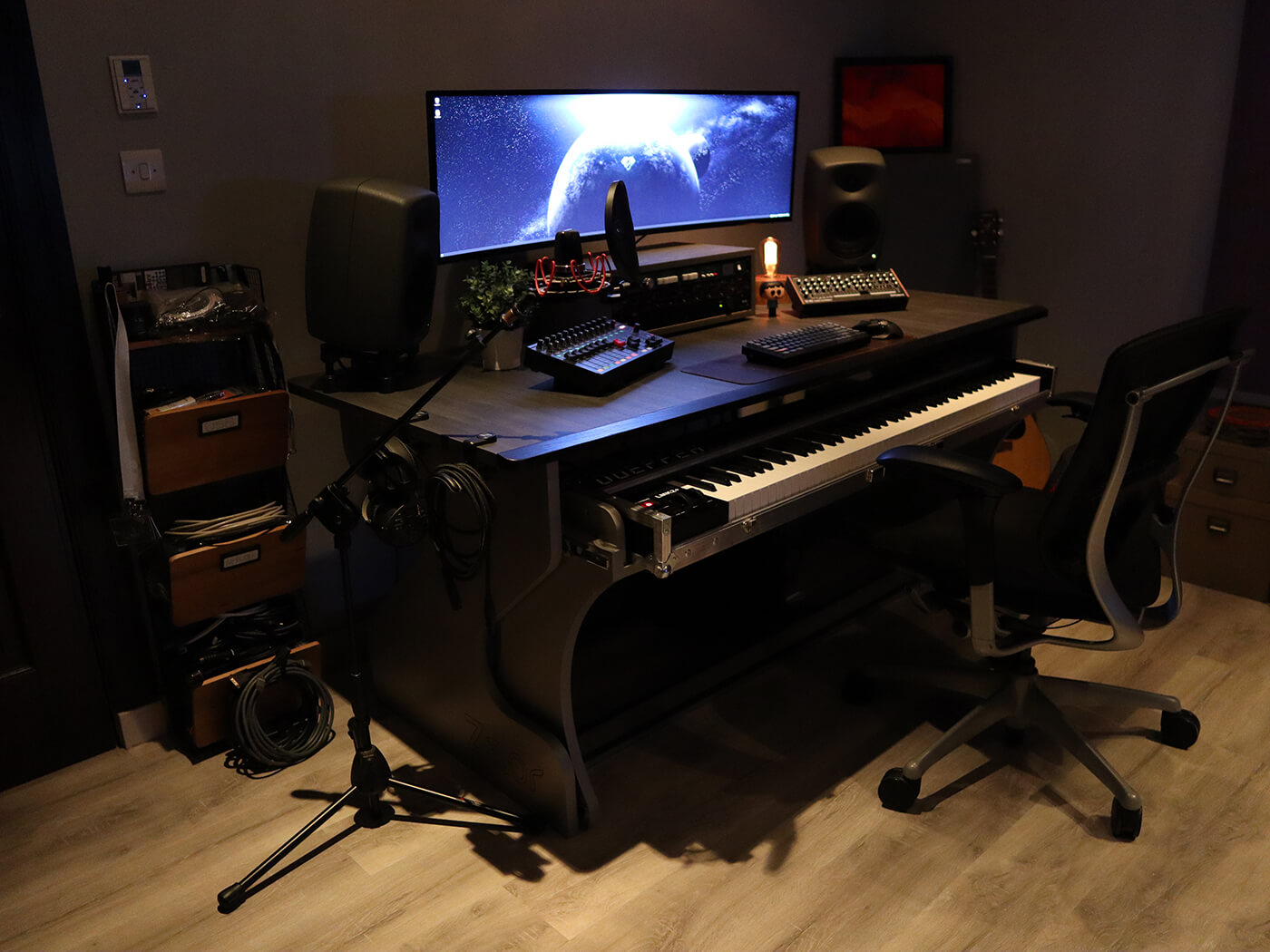 Hey, A.M.R! Lovely work on Unfinished. This track has some lo-fi elements, particularly in the drums. What made you go for this style?

I remember listening to a few lo-fi playlists at the time that encouraged me to lean a little more in that direction. I tried to mix the vocals to sound a little crisper and smoother as it’s always nice to have contrasting sounds in a song – it creates more clarity and balance in the mix.

Unfinished  features vocals from Lumynesynth; what made you approach her for the track?

When I spoke to Jacob, the label director of Monstercat Silk, to get his thoughts on who would be a good fit for this track, the person that stood out the most to me was Lumynesynth. Her vocal style fit so well with what I was trying to achieve, and it was extremely easy to work together. We were usually on the same page when trying to bounce ideas off each other, and that’s what made this collaboration so smooth. I’m grateful that I got to work with her on this because the outcome exceeded all my expectations. 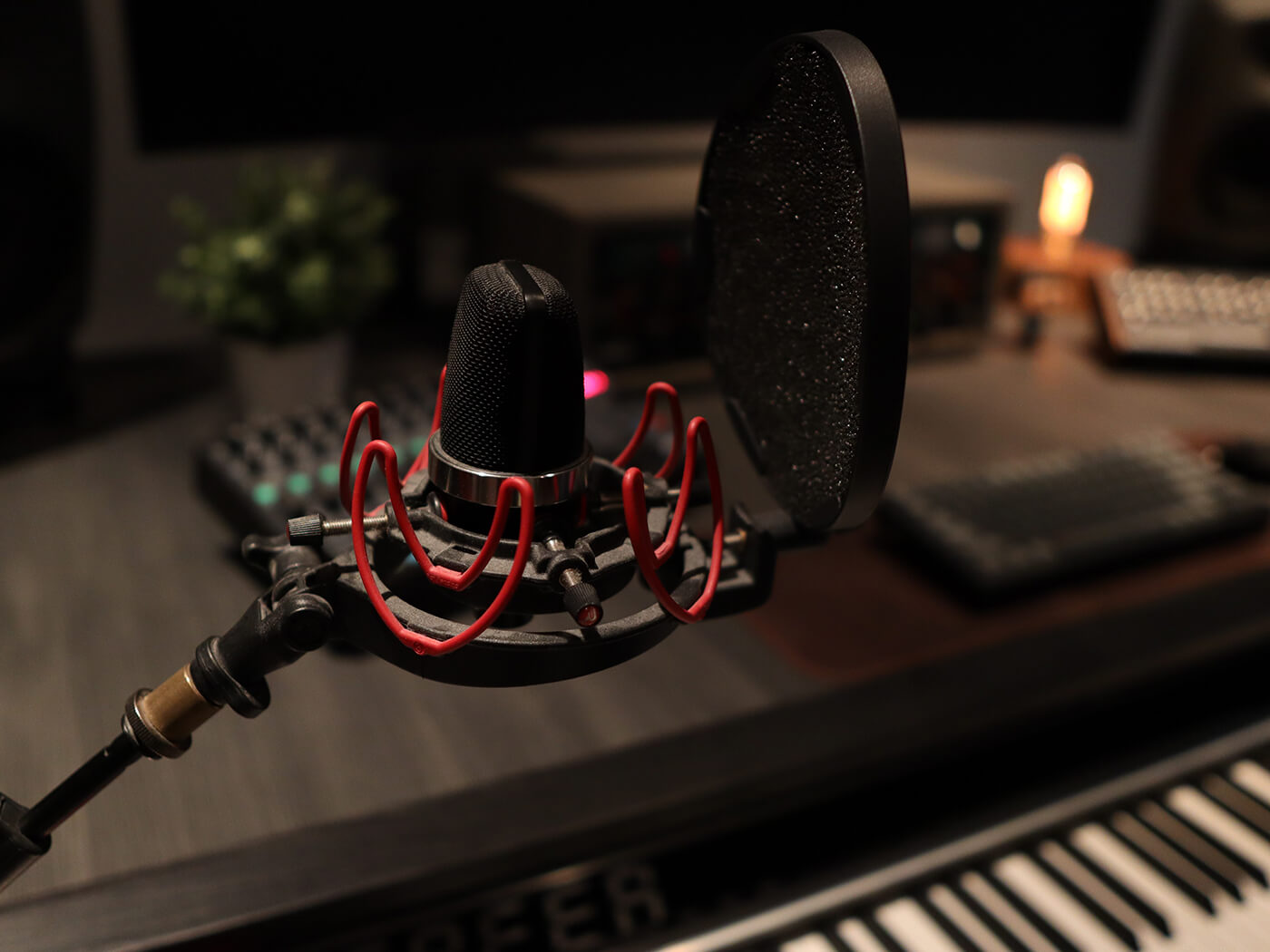 You’ve collaborated with plenty of vocalists in your music. How do you know when a track needs a vocal line?

It usually depends on how much I have going on in the track. A busy arrangement with too many elements might clash with a vocal I put in there, especially if there’s already a leading element in the mix. So, usually, I will make this decision halfway into writing to see if there’s enough room to add a vocal or if the mix sounds strong enough to continue without any vocals at all.

This is a new studio space for me, located in my hometown in Qatar. I recently got married and moved into a new apartment a few months ago, so I’m still working on fixing it up. 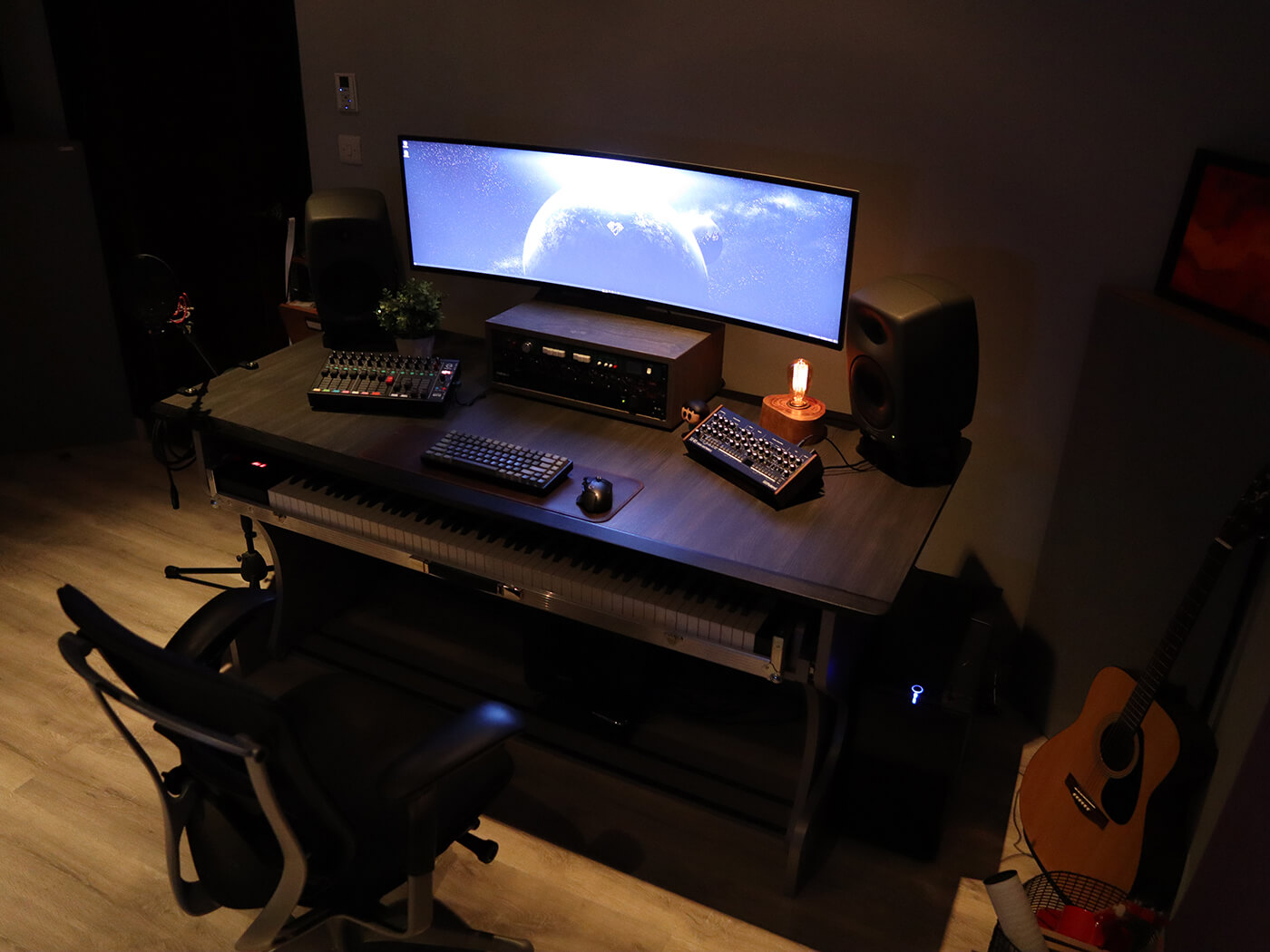 The new studio layout is much more efficient to work on as everything is closer and more easily accessible to me. Unfortunately, the nature of a small room has its drawbacks when it comes to acoustics, but I’m currently treating the room with some soundproofing I purchased from GIK Acoustics which has helped tame things a little more.

Almost everything is done right here in this room. While it might not be the greatest space for recording, I have a few workarounds that help alleviate unwanted sounds and reverbs. As for the layout, I truly love that everything is so compact and close to me. I’ve noticed that it’s helped with my workflow as every knob, fader, or key is a reach away. My last studio had a lot more dead space as the desk was intended for a lot more gear, but now things just seem to blend a lot better. 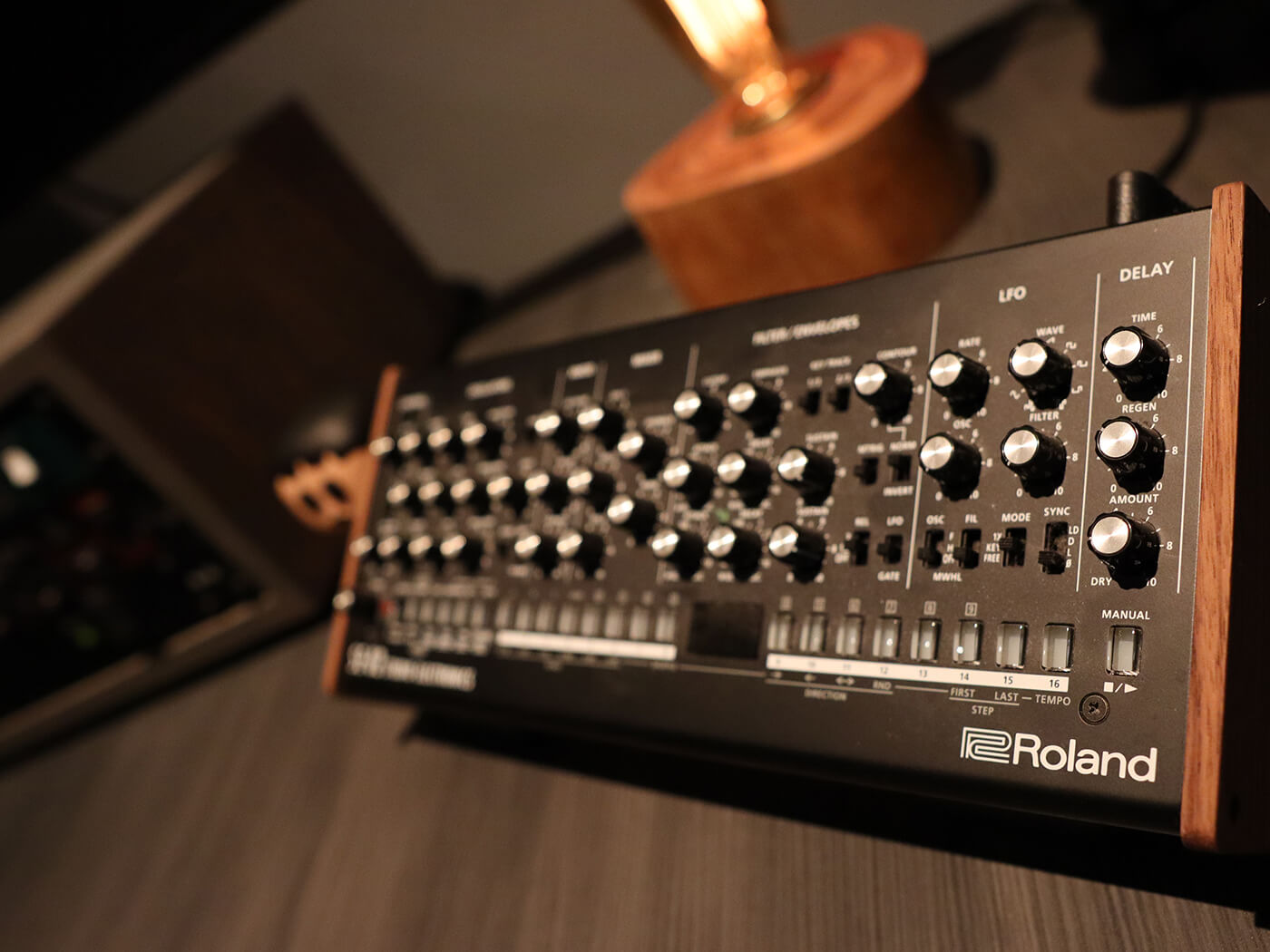 What atmosphere do you try to create in the studio?

Every producer wants their studio to feel comfortable and inviting so that they can spend long hours working on music, and that’s the exact environment I wanted to create for myself to help me get inspired. Something I really like about my new studio is the window to my right, which lets in a lot of light and overlooks a small garden outside. I know it doesn’t sound like much, but it’s just nice to have the option to change the mood so easily to something a little sunnier.

FL Studio is the DAW I’ve used from the very beginning of my career. Although there have been moments where I’ve wanted to switch, I always seem to go back to FL as I just love the workflow and understand how to use it so well. FL has also seen major improvements in more recent years, and I’m really satisfied with the development of the software. Something I also love about FL is the lifetime free updates which is a huge plus to any producer. 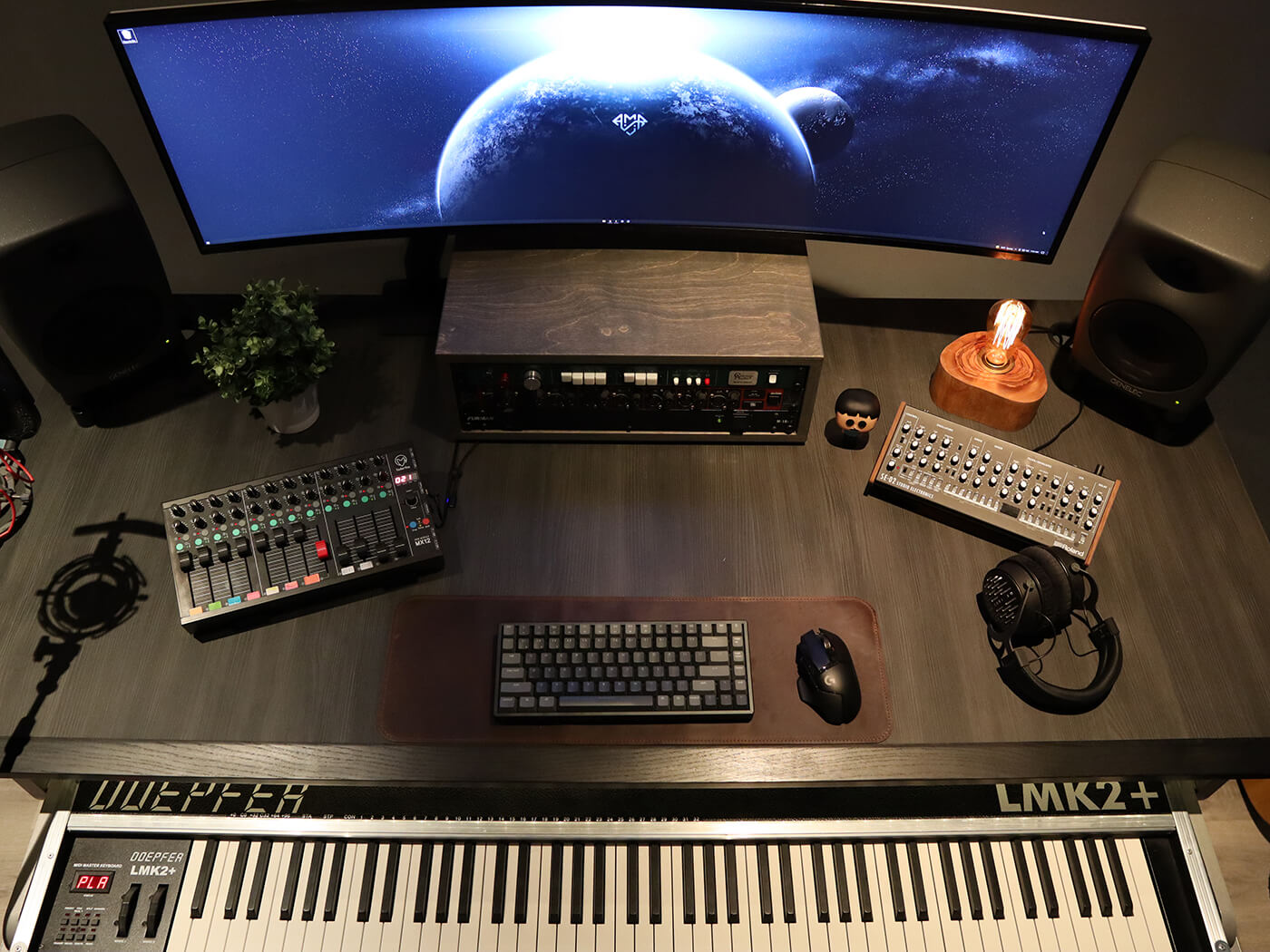 Honestly, I’m thriled with all the gear I have, since each one serves its own unique purpose. But my most recent favourite would probably be my Genelec 7040A. I bought this a few years back and in my last studio, it didn’t add much value because the low-end on my monitors worked fine with that space. After moving into my new studio, there was an obvious drop in lows when using just the monitors alone. The moment I connected my sub, the difference was like night and day, and it got rid of most of my low-end issues.

What synth or effect can be heard the most on Unfinished?

I used distortion and saturation frequently on this track, more so than some of my previous work. Part of the reason was to get that lo-fi harshness on some of the pads and drums and also to add a bit more hiss to the vocals to create some contrast.

My studio monitors have been the biggest investment and they’re definitely worth every penny. I’ve been using Genelecs for so many years and they’ve been a crucial asset to my mixing. 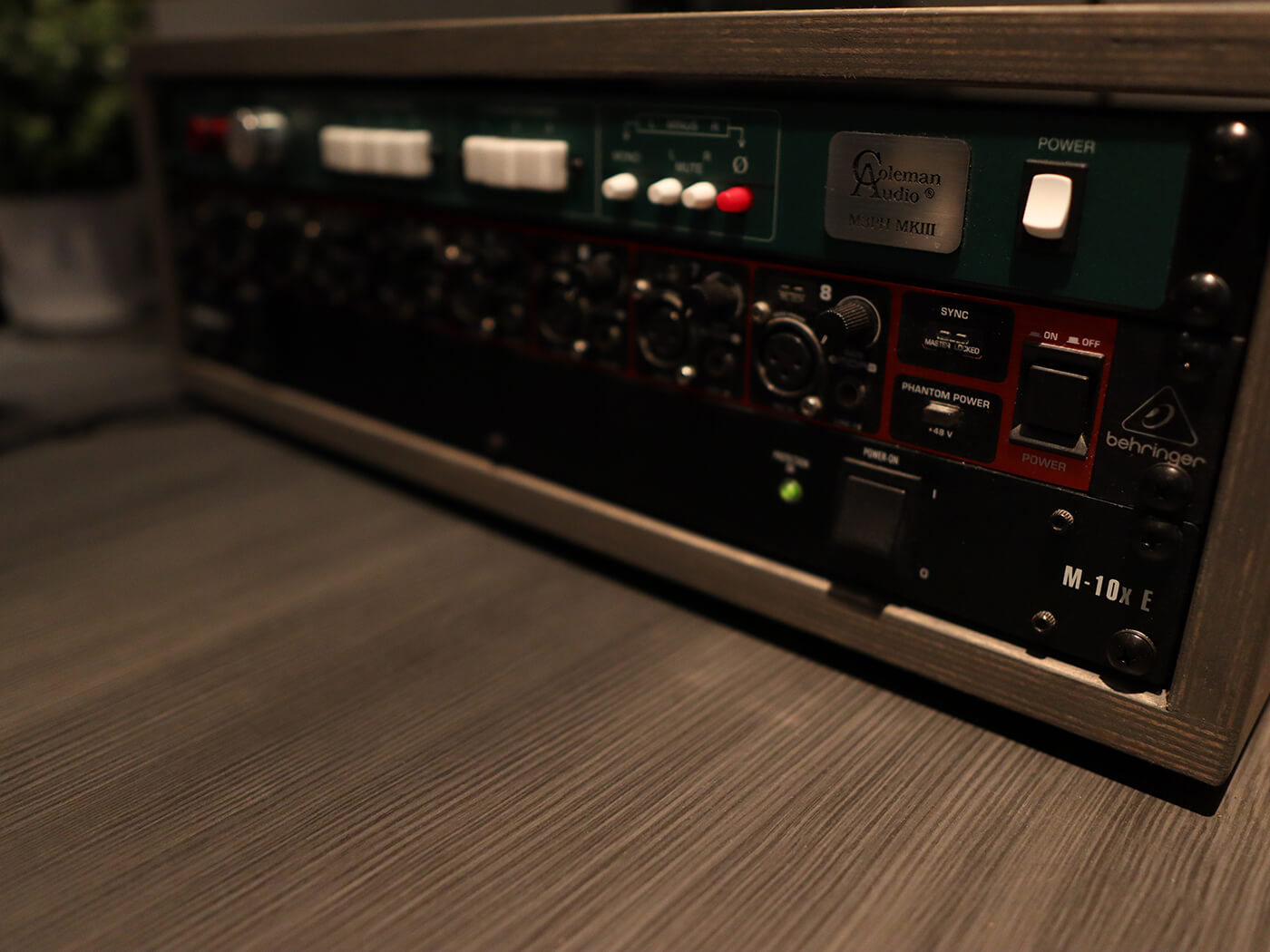 Your studio is pretty minimalistic. Is this intentional, or are you aiming to build it into a bigger space with more gear?

Yes, it is quite minimalistic. Part of the reason is that I prefer to use software instruments as it’s just more convenient for me and I didn’t want to invest in too much gear, which might accumulate dust over the years. As a producer, I also have to work with the space I have, so my current setup is definitely temporary until my wife and I move into a larger home where I can build my dream studio.

How do you ensure the acoustics are right in your studio?

Usually, playing some familiar tracks will help identify what kinds of issues you’re dealing with. In most cases, you’ll find the low-end to be your main culprit, which was the case for me. Treating first reflections and adding bass traps is a goodway to start for most studio layouts. Smaller studios, like mine, tend to have more bass issues so I’m gradually working on fixing these. 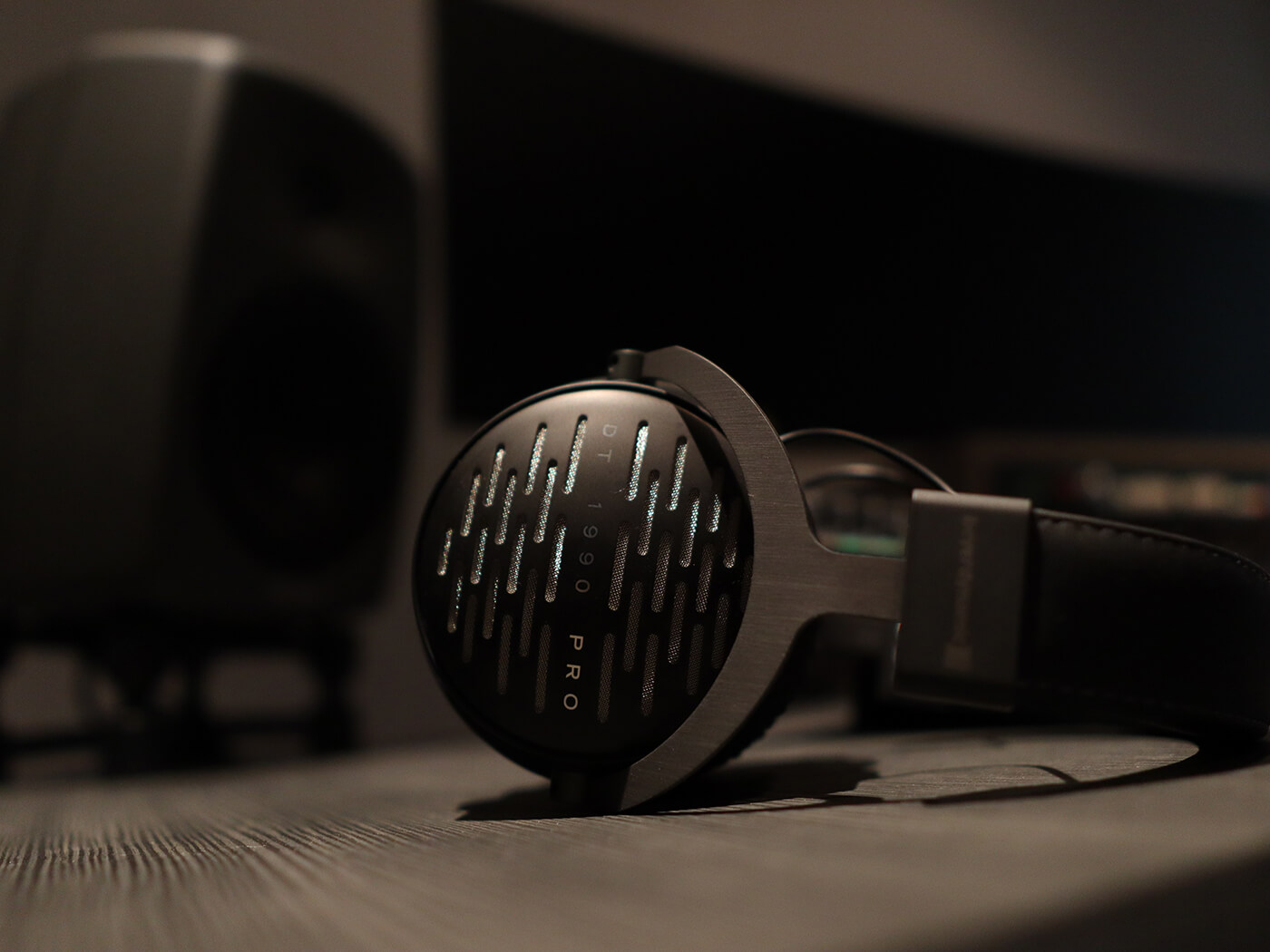 I’d love to own a Roland Space Echo one day. A lot of my production time is spent creating and recording atmospheric pads using delay plugins like Echoboy, so it would be really cool to enhance this a little further using one of the most iconic tape delays in the audio world.

For the sake of being interesting, I’d take a cello. Hopefully, if I’m stuck there long enough, I’d learn to play it. 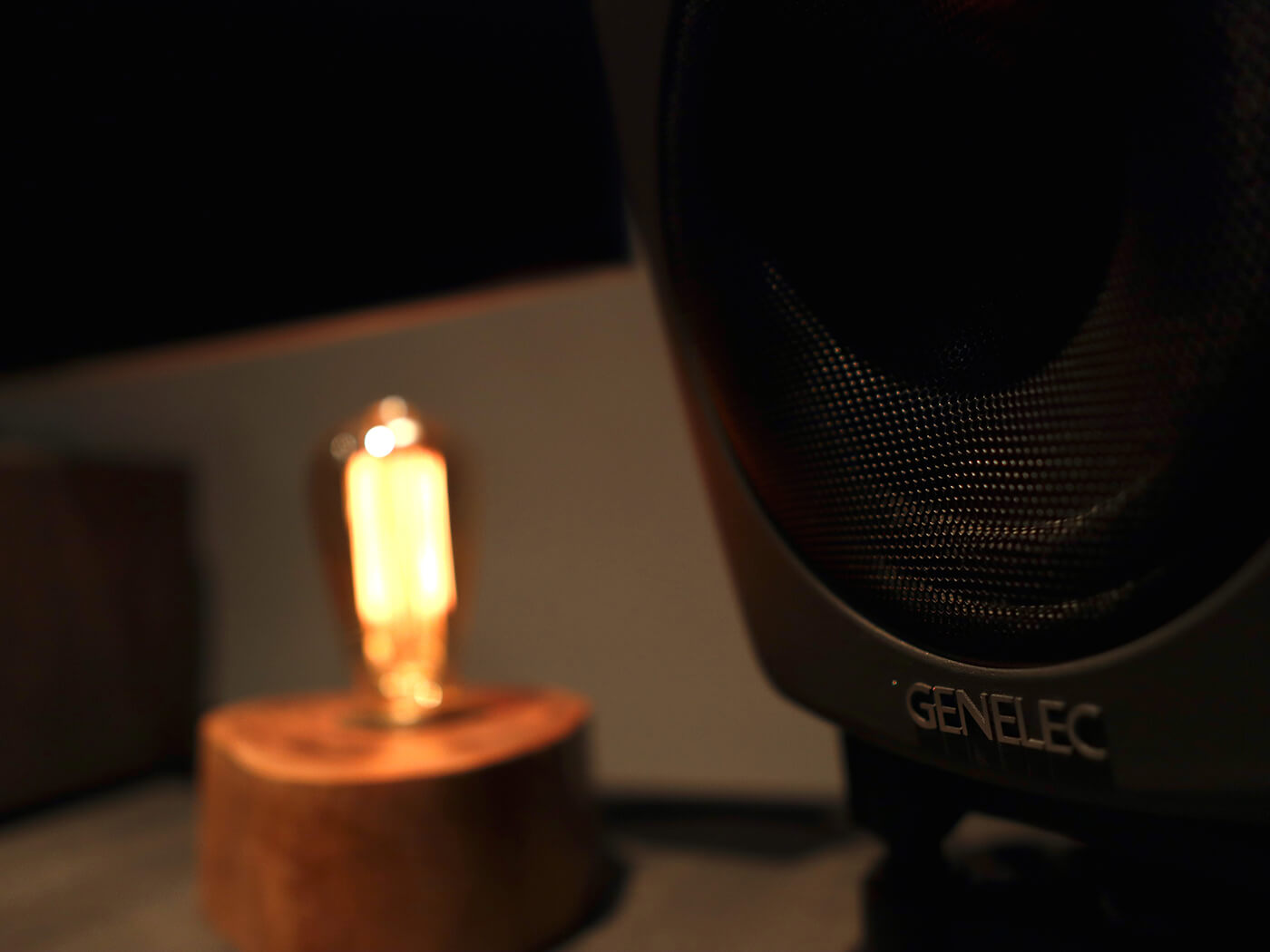 Try to listen to a variety of music that you can draw inspiration from. It’s common to hear artists of the same genre use the same sounds and production techniques in their tracks, but having a broader palette will allow you to create something more exciting and unique.

It’s easy to get carried away with buying so much gear but, sometimes, less can be more. Try to avoid cluttering yourself with things that might end up collecting dust in the future and focus on getting the things you actually need to make music. 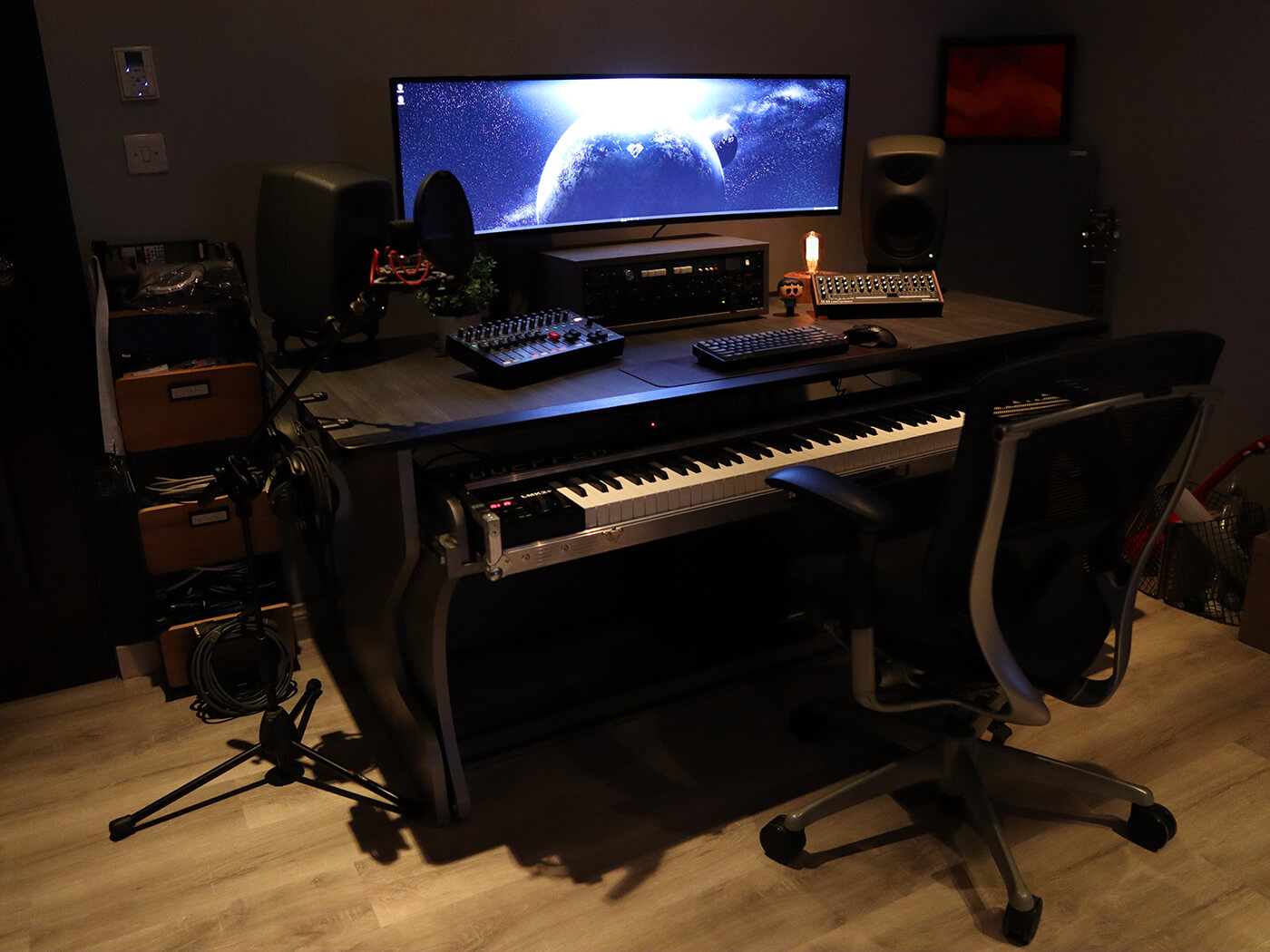