The house producer and DJ focuses on what works for him and has a studio that gives him maximum comfort. 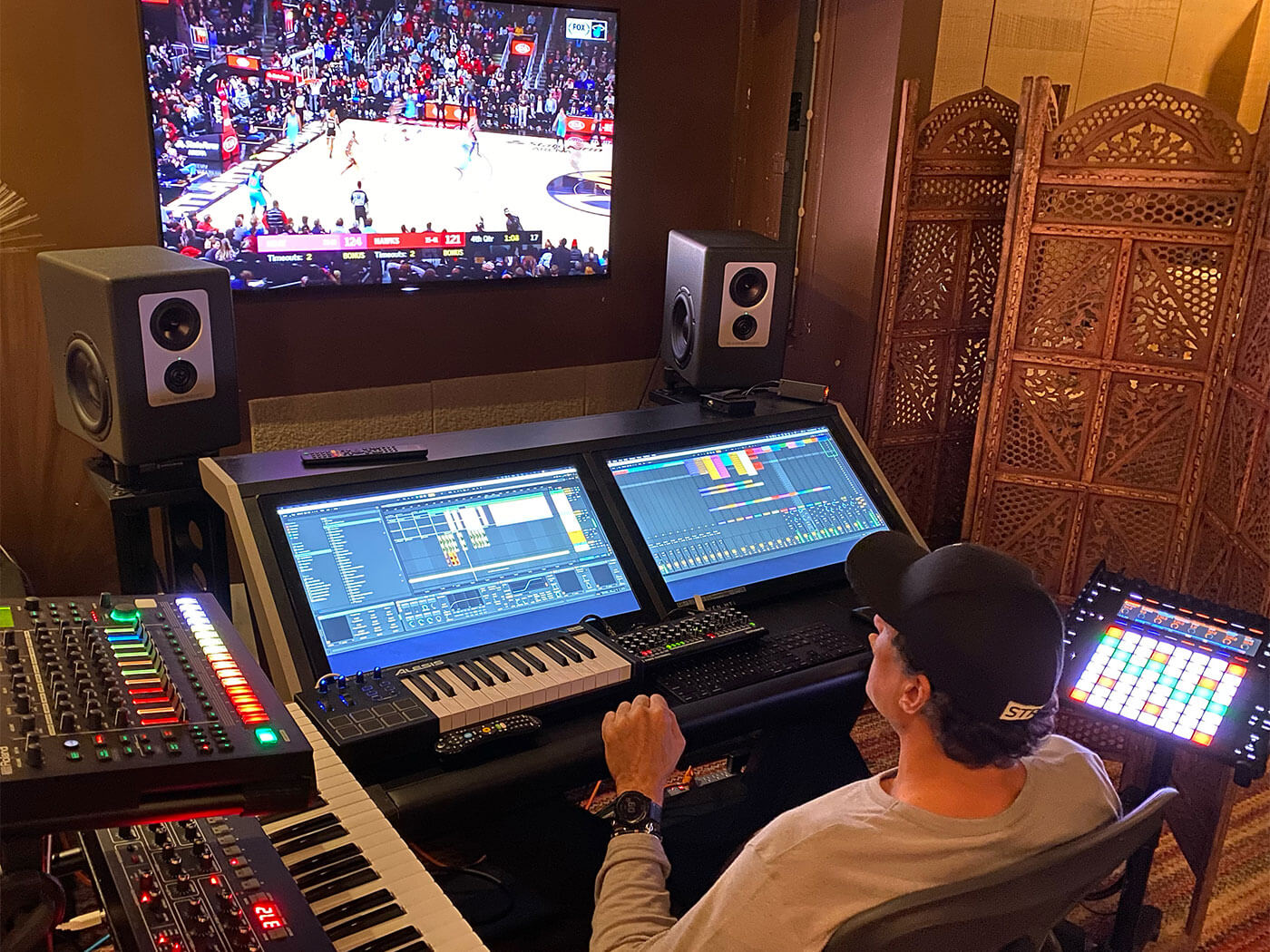 Tell us more about the studio, Rony!

Since I was 14 I always had a little room in my house where I was DJing for friends, like my own little club. So I built my house about eight years ago from the ground up and built this room for the purpose of music-making and DJing.

I started producing music back in 2008 and that was when I started learning from producers and friends. In 2012 I went to a friend’s studio, who was ghost producing for some really big artists at the time. I had no idea that people were using other producers to make their music, but this producer was making these hugely successful tracks with just a computer, keyboard and a pair of Mackie speakers. The quality of music that was coming out of that system made me believe that you don’t need loads of expensive gear to come out with good stuff. You need to get comfortable with whatever you have and you can create amazing music. I’m not equipment orientated, but I’m comfortable with what I have and it’s all I need. 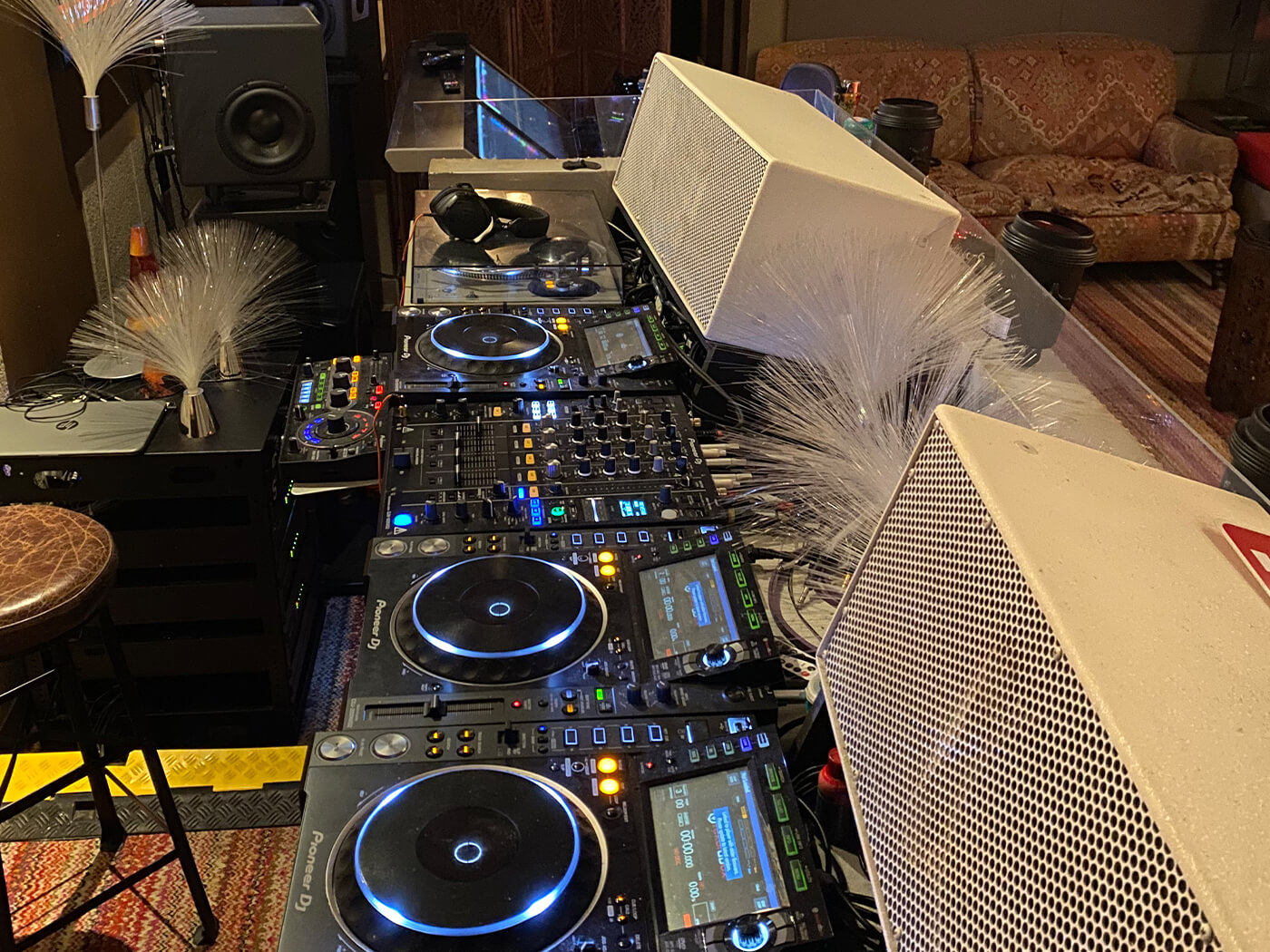 Here I can produce music and test it out on a big system straight away. People come over too and we play tracks and hang out. It’s like my man cave! I’m either spending most of my time in the studio or in the bed, so I made my studio like I like my bed – comfortable!

How did you make the jump from NBA into electronic music?

I finished my NBA career in 2000, but the music side of my life was never meant to happen. It was strictly a passion, a private affair that I had with music, going back to when I was 14 years old. I started with disco and RnB and went into house and went through the whole journey of music whilst I was in the NBA. Nothing has changed for me in that respect, but in 2002/3 when I played music in my house for friends, Erick Morello came over once and asked “whose mix are you playing?”. I said it’s not a mix, it’s me. He said I should go out and play, but I didn’t want it to become a public thing, it was for me, it was the for the love of music. But here I am! 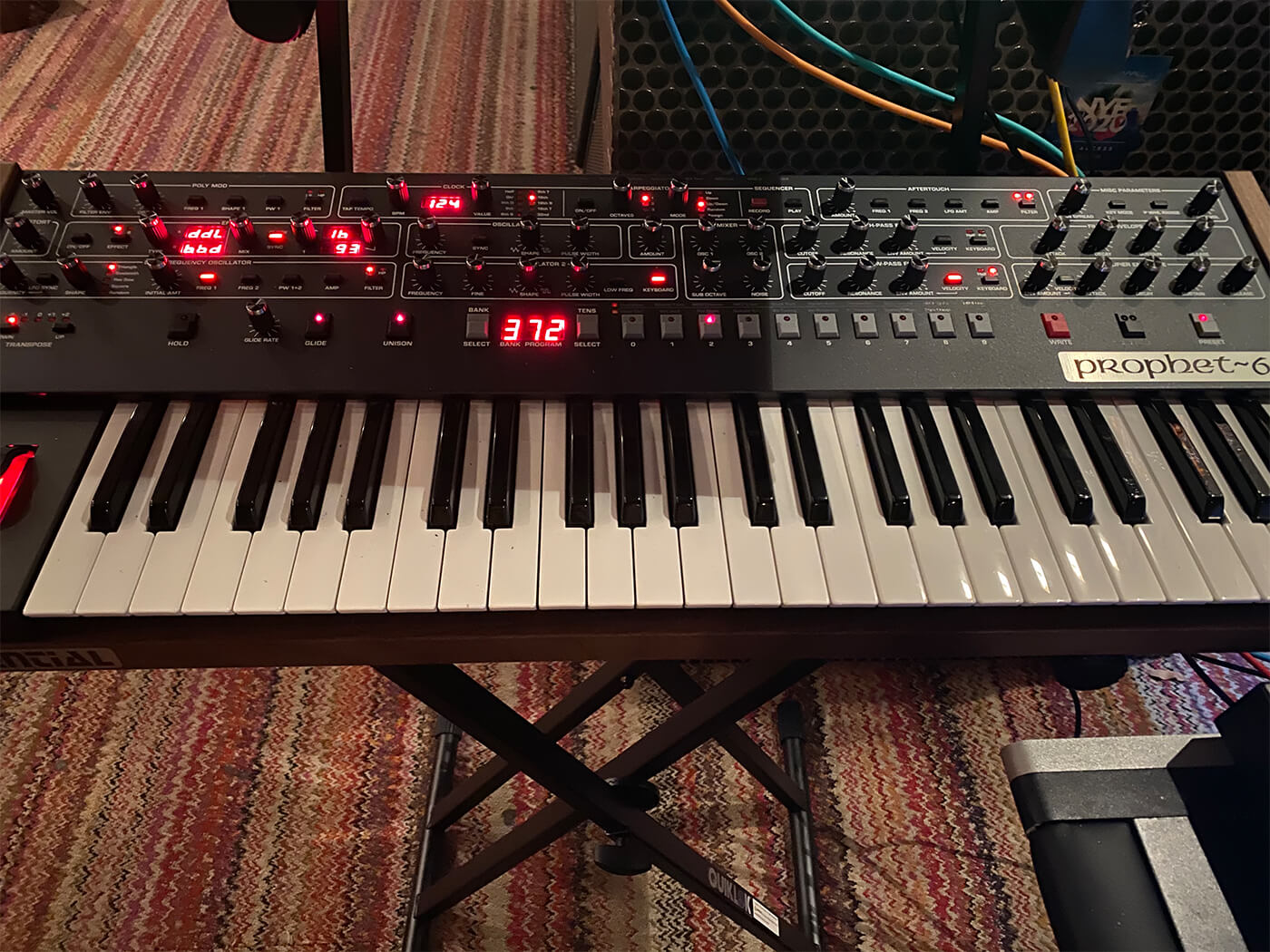 Do you feel any similarities between your basketball career & DJ career?

None. They’re polar opposites, one is in the day, one is at night. The pressure of playing sports in front of millions of people and having reporters on the sideline waiting to criticise every move you make, I mean…Imagine if every DJ had their set televised, and a row of reporters grading him on every single track he plays, that’s pressure. I came to the realisation that the way I DJ is my style, and if someone likes it, that’s great. If you don’t like it, you don’t have to stay!

I started with Logic Pro and moved to Ableton Live after a while. Funnily enough, for me it was the same principle as changing my OS from Windows to Apple. But in this case, Apple is Ableton Live – Logic is great but Ableton Live made things easier for me. I know some people make a track on Ableton Live then move it into Logic because they feel it sounds better, but I do everything in Ableton Live, it works for me. 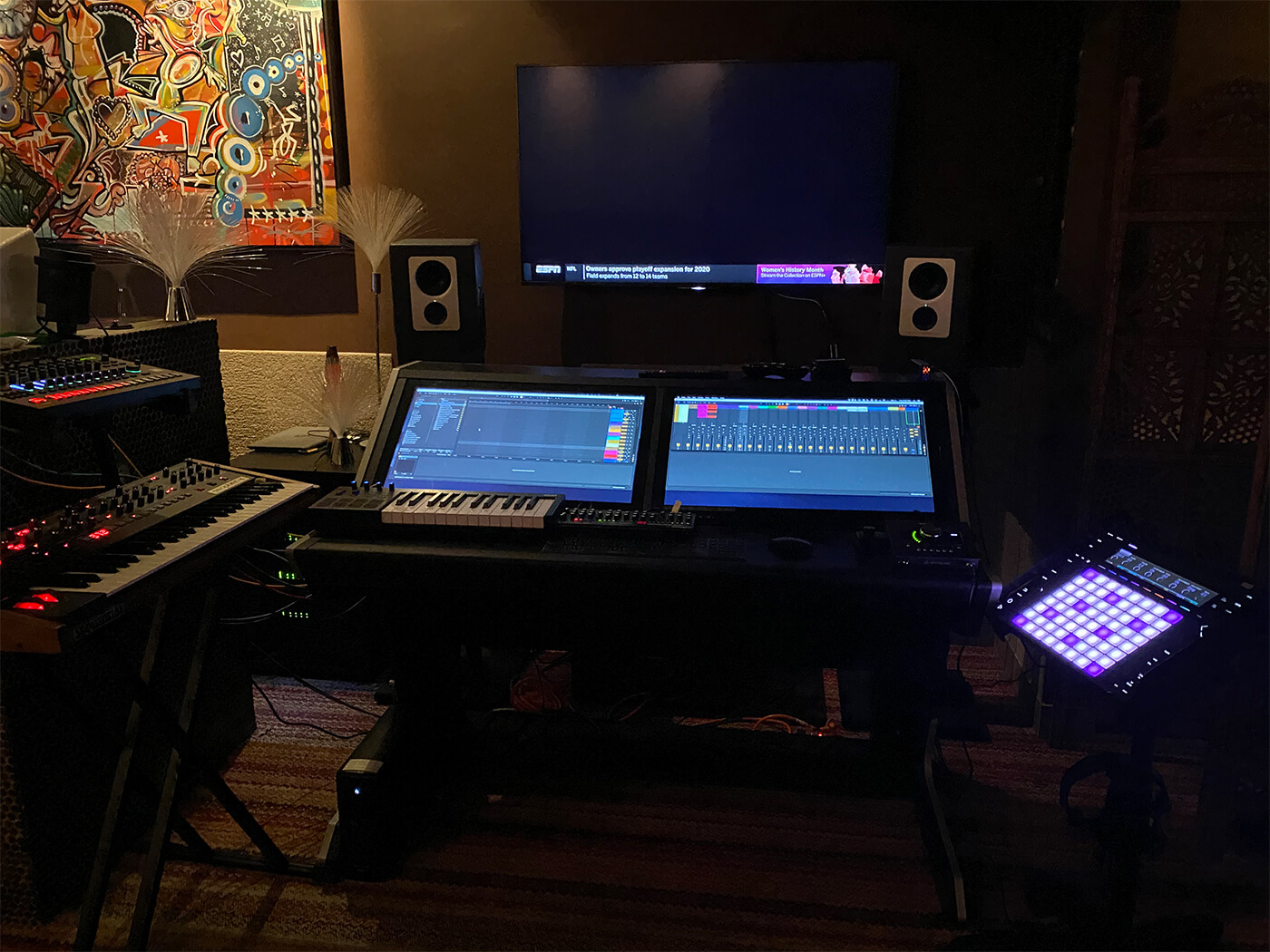 If you ask my family, they will tell you I live there! I spend most of my time here and have the TV set up so it’s really cosy and a nice space to be in.

Through lots of trial and error! 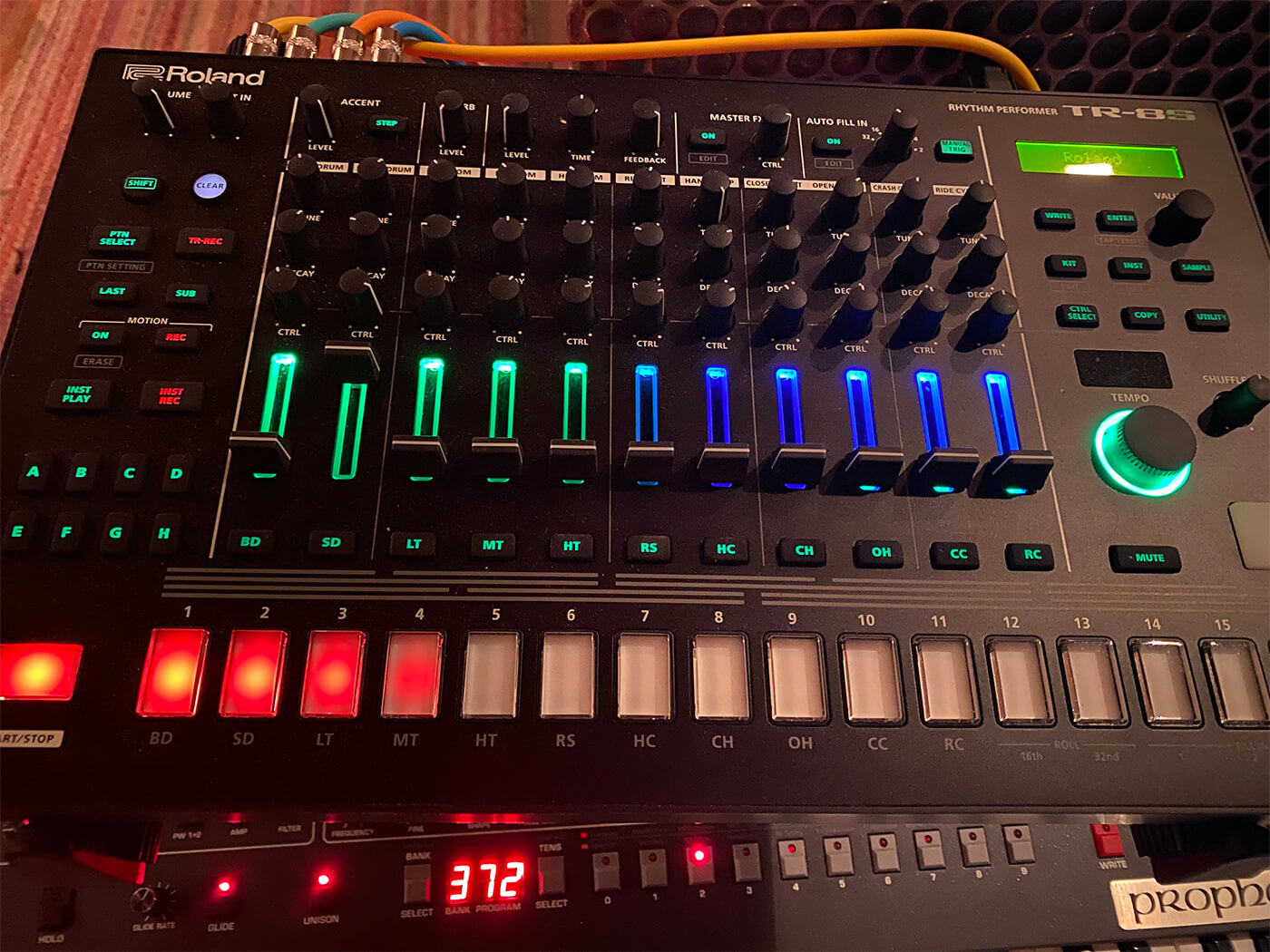 My laptop. You have less choice when you’re working on just a laptop and it makes things easy for me. You know, if I’m on the plane and I open up my laptop, I can fool around and make things on the computer without having all my gear around me to get carried away with. I’ve put out tracks faster on my laptop than I do in my studio because there can be too many choices. The laptop becomes the instrument.

I am very content with my setup. I’m not a sound engineer and I don’t produce music for other people or other genres, I just know what I know, and I put out the music I have in my head. My studio lets me do that and it’s fine for me. 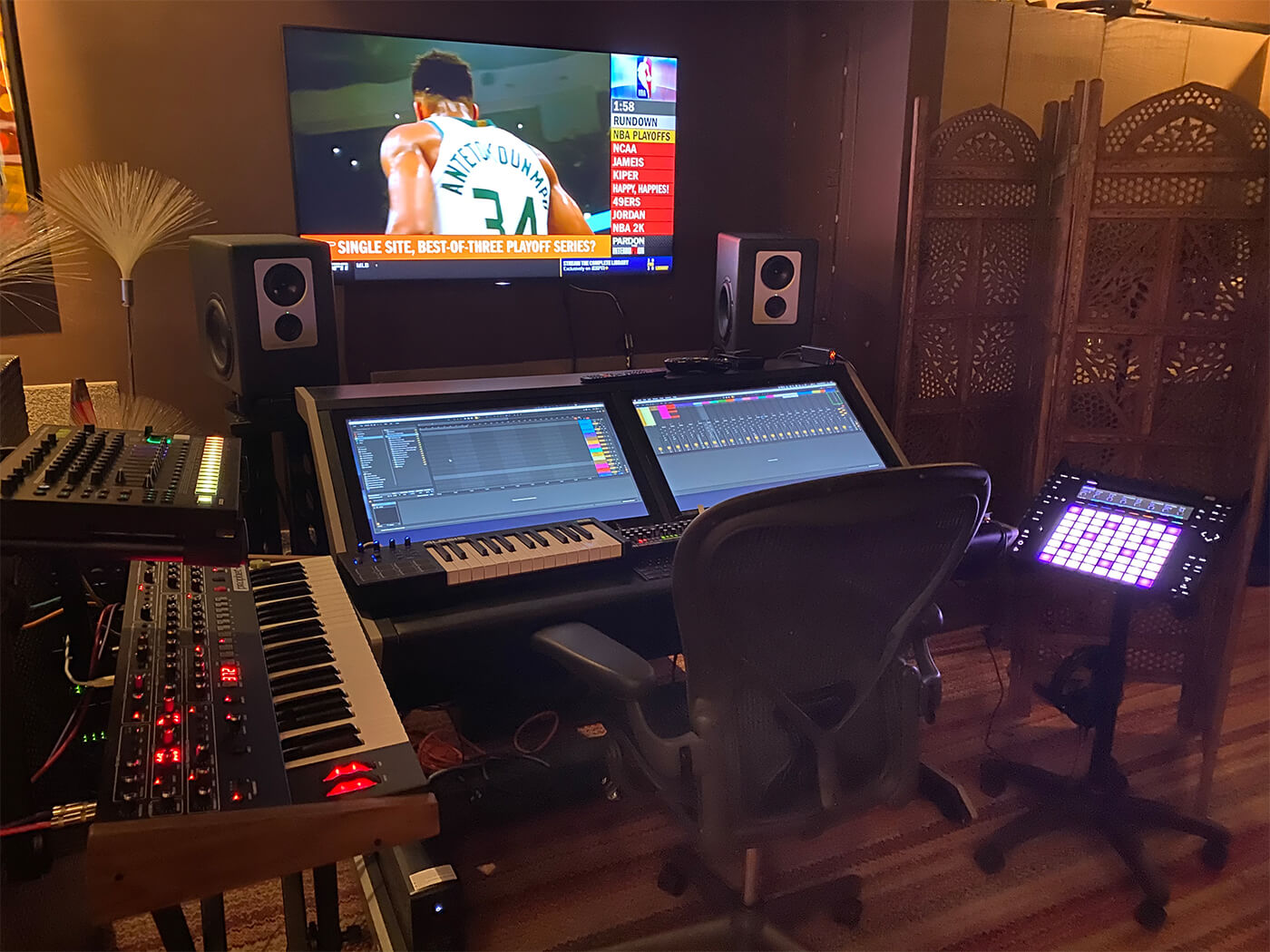 None! So far so good.

I usually start a track when I have something that piques my interest, a vocal line, percussive rhythm or something that sounds inspiring. The last thing I put into my tracks is the drums – if an idea sounds good without the drums driving it, it’s going to sound good regardless. My rule is that I have up to an hour or two to lay down an idea, and if I’m not feeling it by then, I drop it. It’s best not to wrestle with a track or force it when it’s not gonna be right. It’s better to move on and make the next thing.

What’s the most important thing you’ve learned about being behind the decks?

It’s all about connecting with the crowd and staying true to the sound I love. Like I said, if people in the crowd like my music that’s great and I’m glad, but I’m always going to play the music I love! 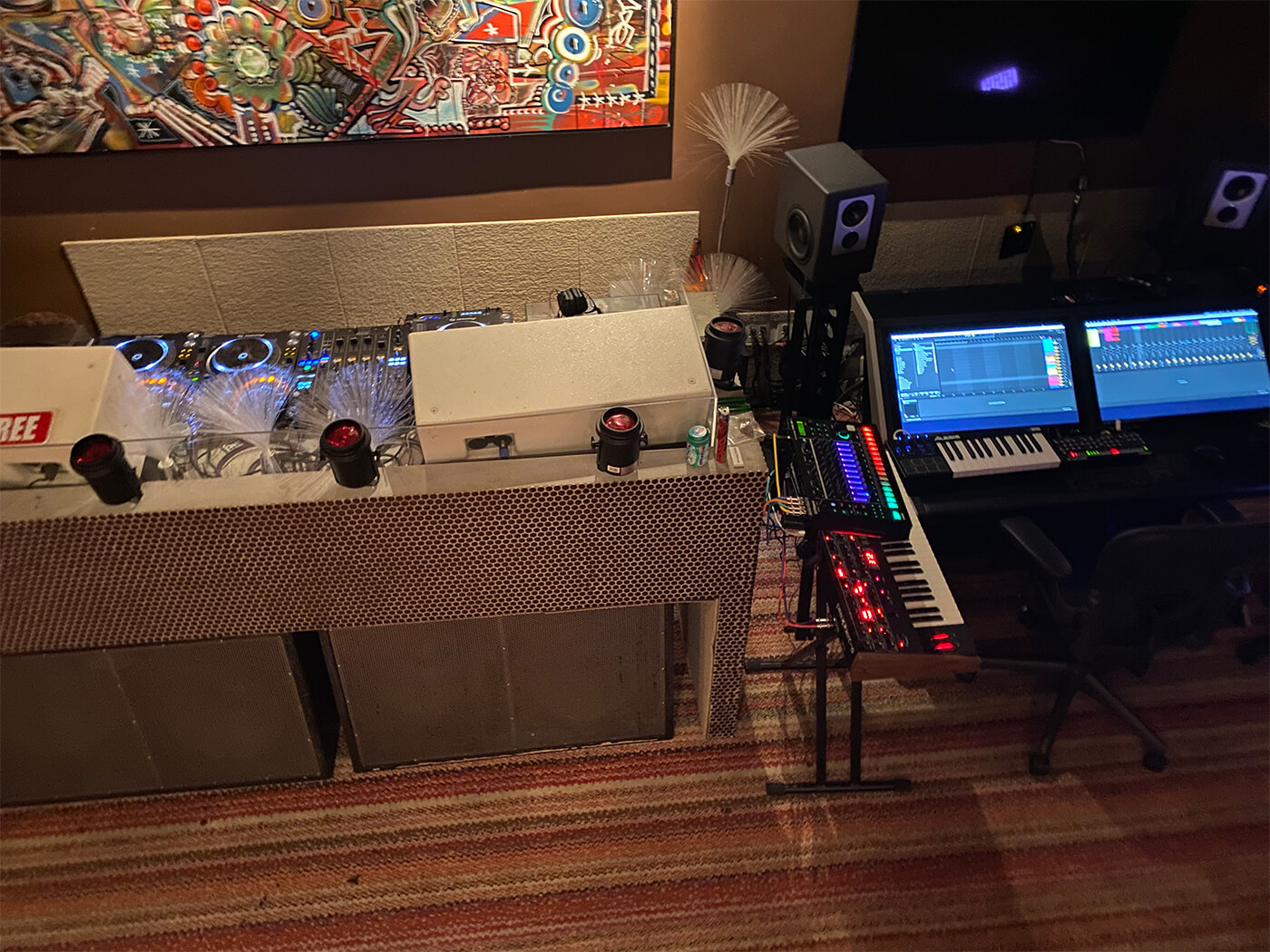 Start small and familiarise yourself with what you have, and start adding stuff that you think you really need. Try not to get over-excited and buy too much, you might end up getting confused and it will be counterproductive to your workflow.