Maarten Vorwerk on his Star Wars-themed studio, and his life as a ghost producer

The successful Dutch dance producer talks about early inspirations, working as a ghost producer and shows us his new studio. 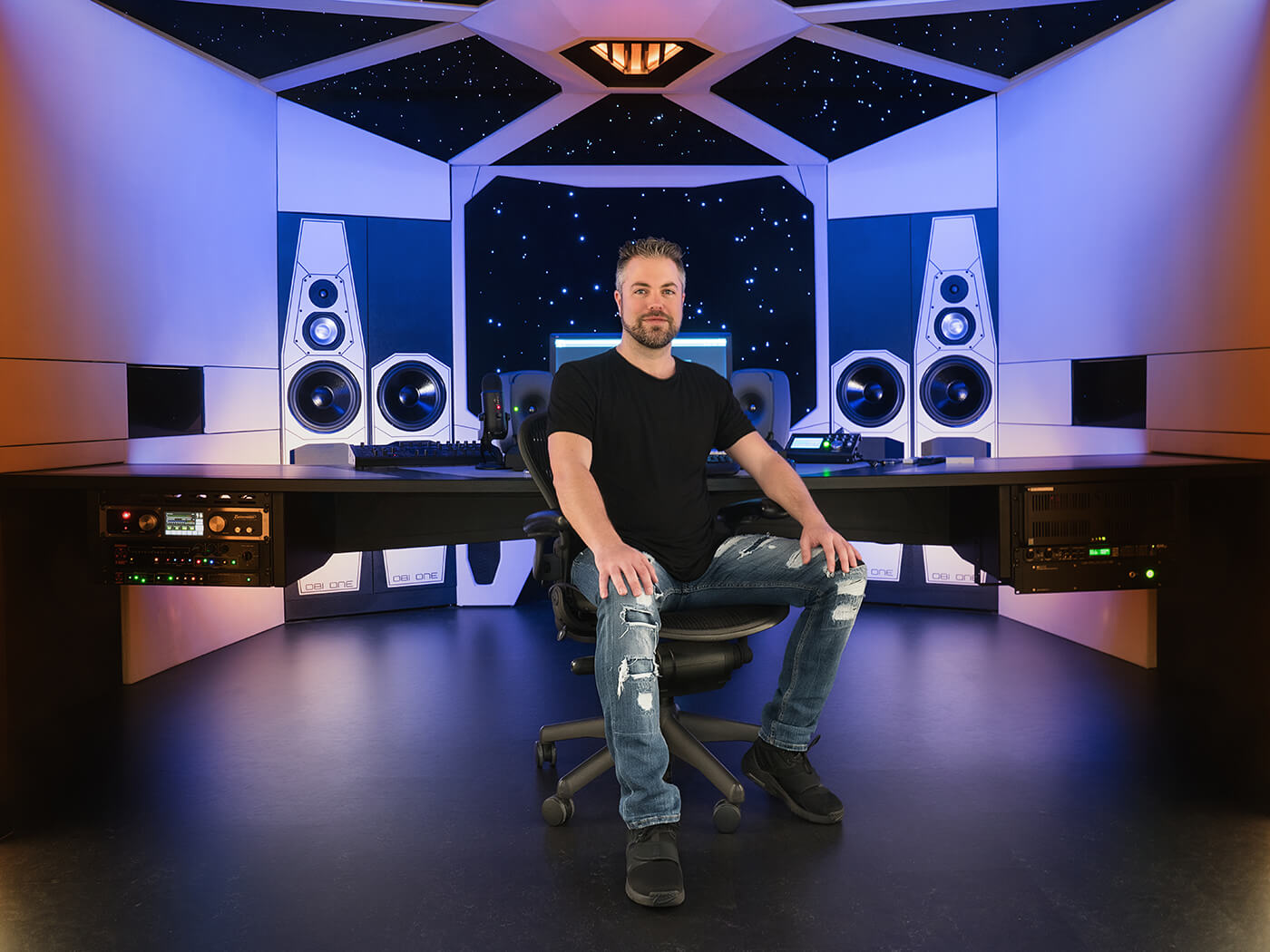 Search for Maarten Vorwerk online and you’ll find hundreds of theories around his ghost-producing prowess – depending on which of these theories you believe, there was probably a time where Maarten’s touch was peppered all over the DJ Top 100 and the pop charts, too.

He may have made his name in the industry helping with production for some of the world’s biggest names in EDM, but he’s also a successful artist in his own right, releasing under his now relaunched Jeckyll & Hyde alias among many others. Now, after a few years living in Aruba, he’s back in his home country of the Netherlands and has custom-built his dream Star Wars-inspired studio.

Tell us about your journey into music production. Did you learn instruments first as a child, were you a DJ, or did you start out with programming and synths?

As a young kid in around ’90 to ’92, I got fascinated by the Dutch hardcore scene in Rotterdam where I grew up. I believe this was the biggest influence in my musical career. It didn’t take long until I started experimenting as a hobby using the music production program called FastTracker on MS-DOS. Music production stayed my biggest hobby for a long time.

Then, at the end of the 90s, beginning of the 2000s, my musical taste also shifted towards Belgian trance, but still keeping a deep-rooted love for the harder styles. I started my education at the SAE College for audio engineering and switched my DAW from FastTracker to Reason, then to Cubase SX. In 2001, I started working in the warehouse of a record company called Digidance, which was run by the ‘Klubbheads’ back then. From this point on, my productions got more serious and I started to release my first tracks. 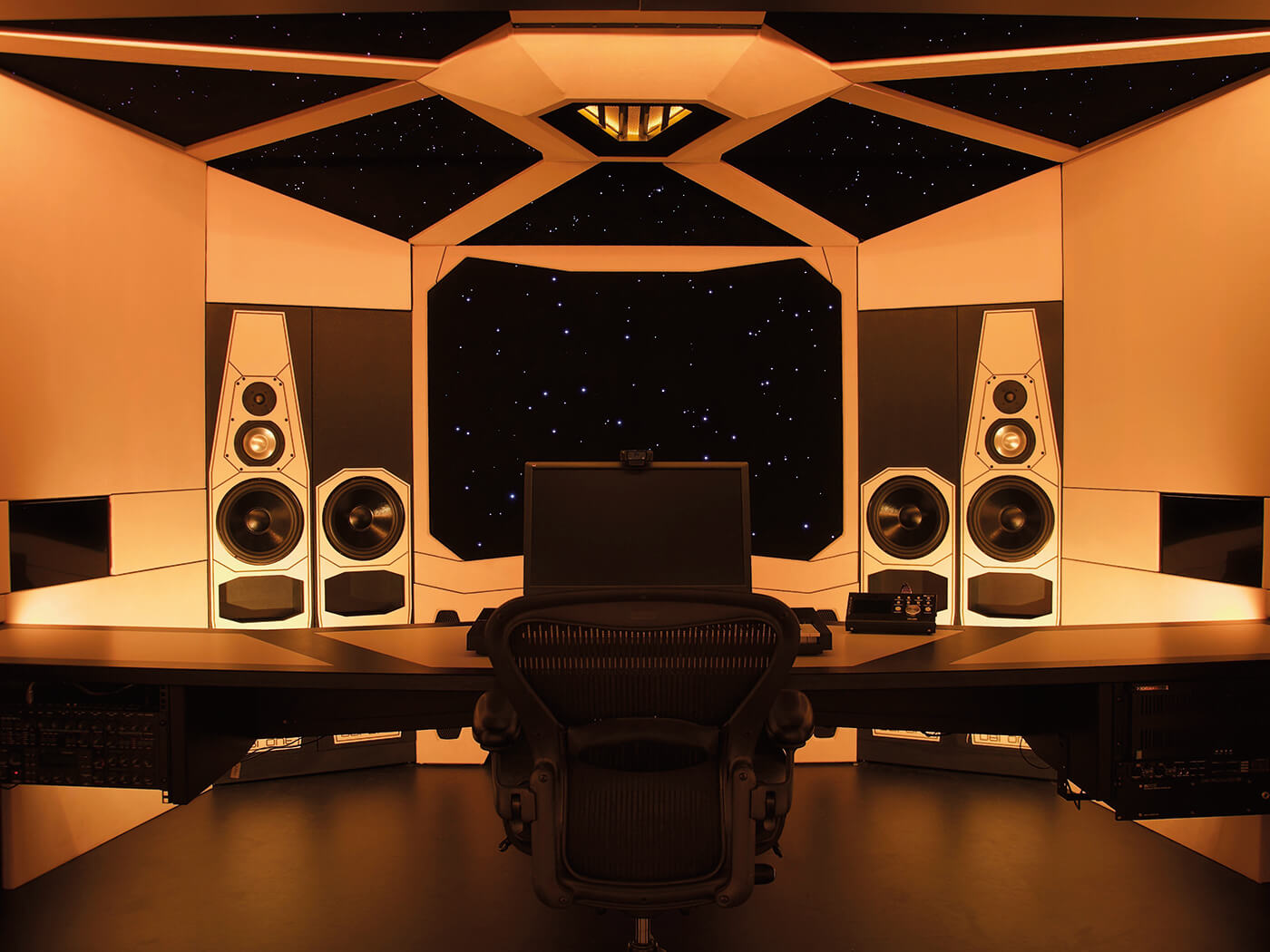 What would you say was your breakthrough moment when you knew this was your career?

I’d say I reached that point back in 2005. I got the chance to start producing music full time in one of the Digidance studios. This was, of course, a dream-come-true moment. I was given the opportunity to produce and release music in a lot of different genres, which was a perfect setup for the in-house labels as well as my own label Square Beats. Then after in 2007, I had another breakthrough moment for my career. I scored my first No. 1 hit with Jeckyll & Hyde – Freefall.

You became known as one of the most ‘famous’ ghost producers, with many major acts turning to you for production. How did that happen?

I believe it has been a combination of things happening at the same time. Digidance went bankrupt in 2009. Most of the ex-employees started their own businesses soon after. One of them started an artist-management company and approached me if I could produce some tracks for a few of the artists he represented. I was already producing under a lot of different aliases, so for me, it was a no-brainer to do this.

Now, I wouldn’t be responsible for marketing the track and it gave me the opportunity to reach bigger and even more diverse audiences. The word got out and more artists started approaching me. Quite soon after, in 2011 I scored a big hit for one of the artists which propelled everything even more.

Do you think the stigma of using a ghost producer has gone? Are you ever asked to do top-secret work?

I believe that the stigma is almost gone, it’s definitely a lot less than it was five years ago. If an artist nowadays says he’s working with several producers, most people are totally fine with that. The problem starts when artists explicitly say they are producing their own stuff and people find out they aren’t. That’s when they turn to social media to spit about it. Sometimes I get asked to do ‘top secret’ work, but I usually end up declining those offers.

Do you have tracks ready that you ‘sell’, or do you usually work with a DJ or artist from scratch?

In 90 per cent of the cases, I start from scratch. Or I already have a certain artist in mind to who I can pitch it to when starting a production.

What would your advice be for producers looking to start earning money for their work?

DJ’ing has never really appealed to me. I believe it’s important to establish yourself as a producer first before you start ‘ghost producing’. That way, clients have an understanding of what you are capable of. Plus, it gives you a better negotiation perspective.

Have you ever worked with bands or outside of EDM? Do you record vocalists at your studio?

The last time I worked with bands was during my SAE course in 2002. I did do some remixes for bands. One that comes to mind is Switchfoot. But I have always been into electronic music only. In regards to vocals, in all honesty, I don’t really like recording vocals. So nowadays, I’ll leave that up to the singer/songwriters. If I do need to record some vocals, I either just grab my RØDE NT1, which is always sitting on my desk, or my sE Electronics Gemini II tube mic.

You’ve also released loads of your own music – how do you usually start an idea?

I get my inspiration very randomly. It could be an old song, a track on the radio, a thought, a new preset – whatever, actually. My ideas usually start with the first thing that triggers me. Could be a sound, a melody, a beat. Whatever gets me in the right mindset. The process when working for others is a bit different, because you need to consider their wishes as well. Usually, if I produce for another, there’s also a manager, a label, a friend etc, who has something to say about it as well.

With the recent rise of live electronic musicians in clubs again, does the idea of synth, sequencers and drum machines on stage appeal?

No, being a performer doesn’t attract me. Strangely enough, I do really enjoy people going crazy at my songs, though.

Does technology and studio innovation inspire you for new sounds and ideas?

No, not really. I mean with the new computers and all, it’s possible to use more processing power, so we can produce and mix more convincing sounds. It sometimes makes things easier. I really like technology, but can’t say it inspires me.

I wanted to have a studio in which I would feel as though I were somewhere else. A spaceship was the first thing that came to mind. I’m a big Star Wars fan and I would love to have my own Millennium Falcon. Mischa Jacobi drew a quick design, which went back and forth a couple of times until it was perfect. I asked him if it was possible to make a starlight ceiling without losing any of the acoustic values. This was a very challenging and time-consuming job for Mischa, but he really pulled it off.

Inside the house, there was an indoor swimming pool, four by eight metres and 1.5 metres deep. We decided to build the studio inside the swimming pool, so that it is partially underground and partially above ground. This way, we’d make great use of the space. Plus, it gave me the opportunity to do something with the roof as well. Since we were in the process of moving to the Netherlands from Aruba, I thought it would be cool to make a beach on top of the studio as a chill area. Inside the studio, everything is custom made with the overall acoustics in mind – the floating desk, the speakers, the entire way it’s all built-in.

How long did it all take?

The whole process went very fast, actually. The design was made in June. Construction workers started the rough build in June/July. At the same time, Mischa was building the studio in his warehouse, so he could run tests already and perfect the build. In August, Mischa came with the whole studio as a DIY box in a truck to my place and stayed there for three weeks until it was finished. This has been one of the fastest and the craziest studio builds I ever did.

Would you say you have your dream studio now, or are there still things you’d like to add?

This is absolutely my dream studio. The studio is acoustically perfect. It has a flat frequency response from 25Hz to 23kHz, in the whole room. I made some personal EQ preferences in the amplifiers, otherwise, it would sound too boring. But it’s so customisable that I’m even able to even out frequency dips in my own hearing. For now, I don’t have anything I would like to add to the studio.

What have been some of your favourite tools in the studio?

I’m not really committed to the hardware. I do have a reversed-key Nord Lead Anniversary Edition which I would probably never sell. Over the years, I constantly updated my software. My must-have plugins right now are Fabfilter Pro-Q 3, Diamond EQ, FabFilter Simplon, The Glue compressor by Cytomic, bx_meter, Lexicon reverb, iZotope Alloy Transient Shaper and SPL Iron. With these tools, I can mix practically every record. On the synth side, I’m still loving Sylenth, Serum and Omnisphere.

You give tips away on Facebook. What’s been the most useful production lesson you’ve learnt and you can pass on?

It’s impossible to write just one, that is why I released a book with all the #Vorwerk #TipOfTheWeeks in it. But one thing I try to do nowadays is to start a track in a worst-case scenario. So I put on the little speakers, set the monitor control to mono mode and the put the volume very low. If you start like this and you can get your track to sound decent, then it can only get better from that point going forward.

It has to be using limiting in mid/side on the master. That’s been a real game-changer for me. But also for me personally, if it sounds good, it’s good. The moment we stick to the rules, there’s no innovation anymore.

What records do you hold your own mixes up against – what do you A/B with?

That’s heavily dependent on the genre I’m producing. But I usually A/B with the best in that genre, or what is in the current Top 10 charts.

Who do you think is the best producer today?

I have two people to mention here: one is Adam Wiles and the second is Giorgio Tuinfort. They’re the best in the game.

Well, I’m doing my usual production stuff, of course. Besides that, I’m also working on some tracks under my own name. I’m doing a collab with KEVU from Portugal and one with Trobi from the Netherlands. I’m also putting more time towards teaching the new generation producers.

Maarten shares more of his production tips in his Vorwerk Tip Of The Week book, available from maartenvorwerk.shop.