The UK-based composer sits down to tell us about all things Guardians, the challenges of writing interactive music, and what’s changed over almost 30 years in the video games industry. 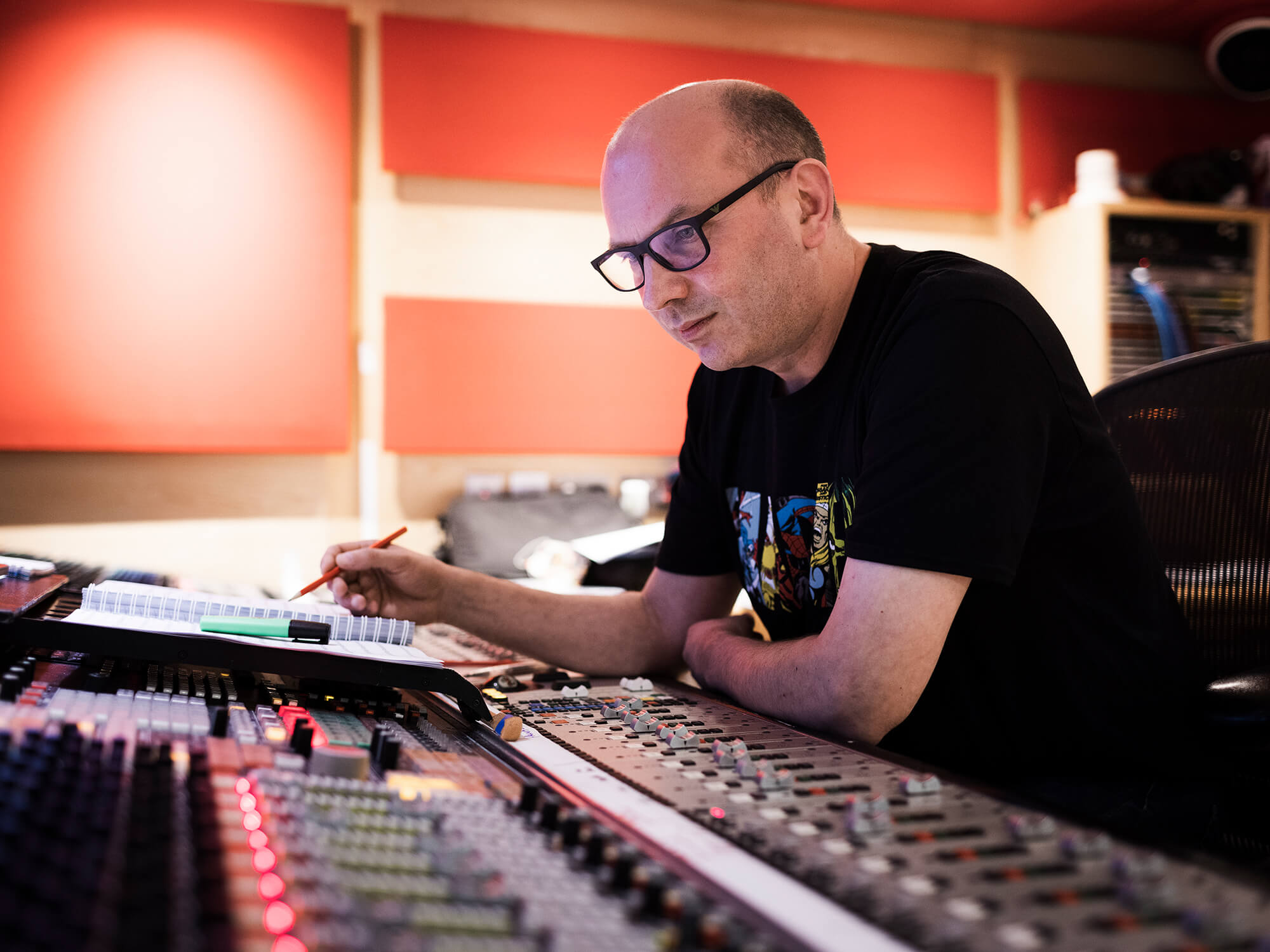 A Guardians Of The Galaxy game just wouldn’t feel complete without a proper, fun-loving soundtrack. Marvel’s ragtag band of space adventurers have become synonymous with classic jams and toe-tapping mixtapes, so it’s only appropriate that the new AAA game from developer Eidos-Montreal puts music front and centre.

There’s a massive orchestral score, loads of iconic 80s hits, and even a fictional ‘Star-Lord’ rock album written and recorded specially for the project. It’s shaping up to be one of the most musically ambitious video games of recent years – both in terms of how music integrates with the gameplay and story, but also in the sheer amount of music the game manages to pack in. Asked about the size of the project, composer Richard Jacques emphatically replies: “This is over double anything I’ve ever done before in my career.”

That’s quite a statement coming from Jacques, whose track record stretches back to the early 90s and the days when Sonic the Hedgehog ruled many a living room TV set.

Starting piano at age five, trombone at age seven, and earning a spot as a percussionist in the Royal Academy Of Music’s Junior Academy program when he was 14, Jacques says he always knew he wanted to write music for the screen. However, it wasn’t until he undertook a music degree at the University Of Essex that his career path was nudged towards video games.

“I wasn’t quite sure which route to take but by chance there was a job being advertised at Sega,” says Jacques. “This was in the third year of my degree, so I was preparing to do my final exams and recitals. I applied for the job and sent in a whole bunch of demo tapes of competitions that I’d done.”

Based on that portfolio of early work, Jacques was hired as the in-house composer at Sega’s European HQ in London, and over the following seven years he cut his teeth writing for a raft of the company’s flagship titles, culminating in his 2001 score for Headhunter – the first game soundtrack to be recorded at Abbey Road with A-list musicians.

“It was quite groundbreaking at the time,” he recalls. “Back then, the engineers at Abbey Road hadn’t really done any games before, they didn’t really know a lot about that medium. Basically, I just wanted to get the best musicians in the best studio, it’s that simple really.”

Now, he’s once again back at Abbey Road to record his epic score for Marvel’s Guardians Of The Galaxy. “We have over five and a half hours of score, 98 per cent of which is orchestral,” says Jacques. “Then, on top of that, is licensed music and rock band music. So, I think in total it’s probably something like seven hours of music in the game.” 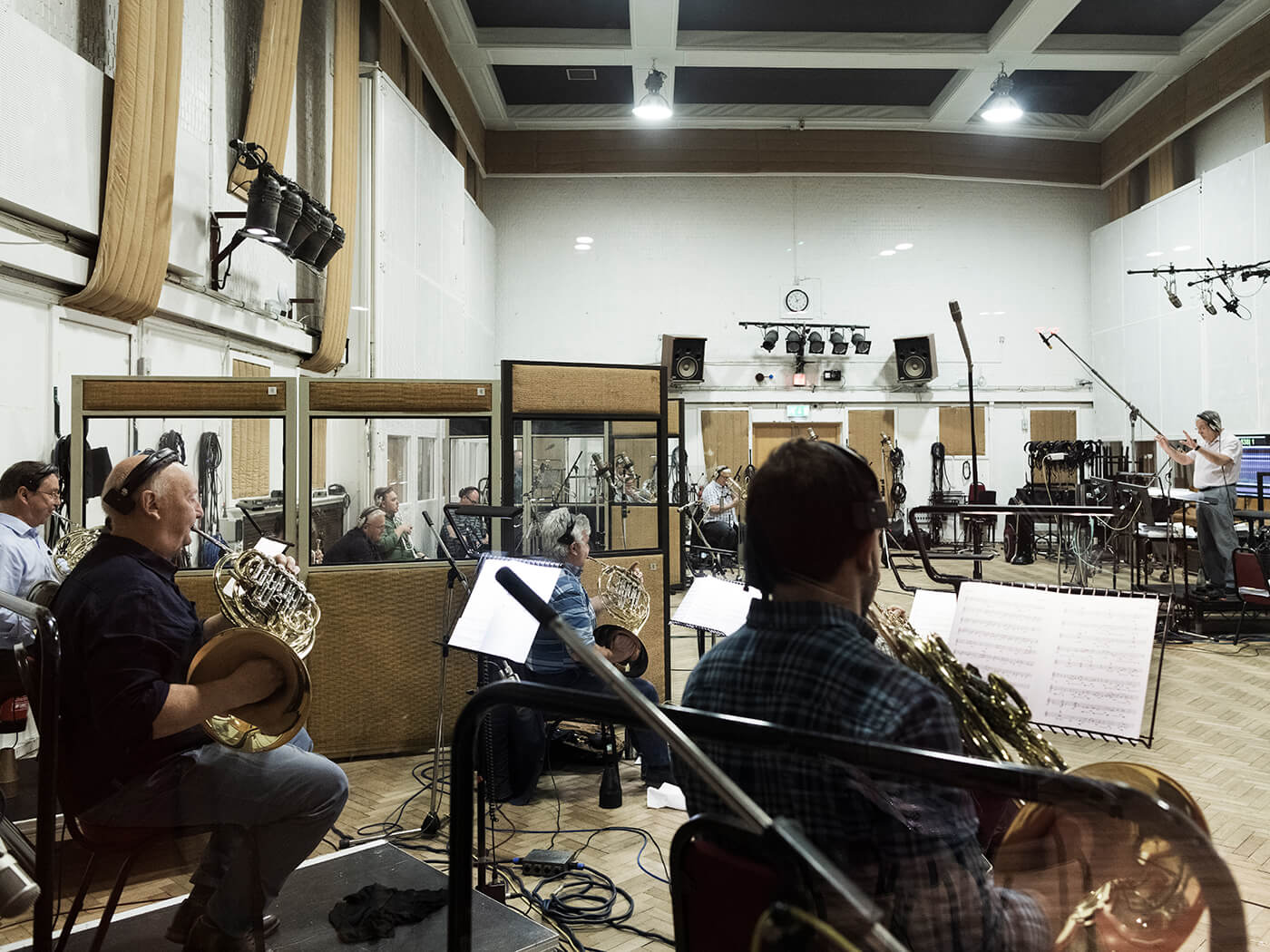 One of the reasons for this expansive soundtrack is the game’s focus on player choice. There’s a huge branching dialogue system that allows players to shape what the Guardians say, do and feel, which ultimately determines what events will take place. This ‘non-linear’ approach exponentially increased the size and complexity of Jacques’ task as a composer.

“There was one section which was about three minutes long,” he recalls. “It’s a conversation between Gomorrah and Starlord, and the player may never actually get to that bit – and if they do there are about 14 different options in that one conversation. Every option has been scored perfectly to match the emotion, the dialogue, the feeling.”

Asked whether it ever gets frustrating to know that some of his score may ultimately never be heard by a player, Jacques is surprisingly zen. “Not really because as a gamer myself, I know it’s all about player choice. I love working on games that give the player options and I love playing those types of games.”

When it came to the process of writing hours of original orchestral music, Jacques says finding inspiration always came back to the narrative and the characters. “I get most of my inspiration from the story,” he says. “It has a really intricate, deep, and sometimes emotional story – but at the same time the Guardians themselves are a bunch of misfits. 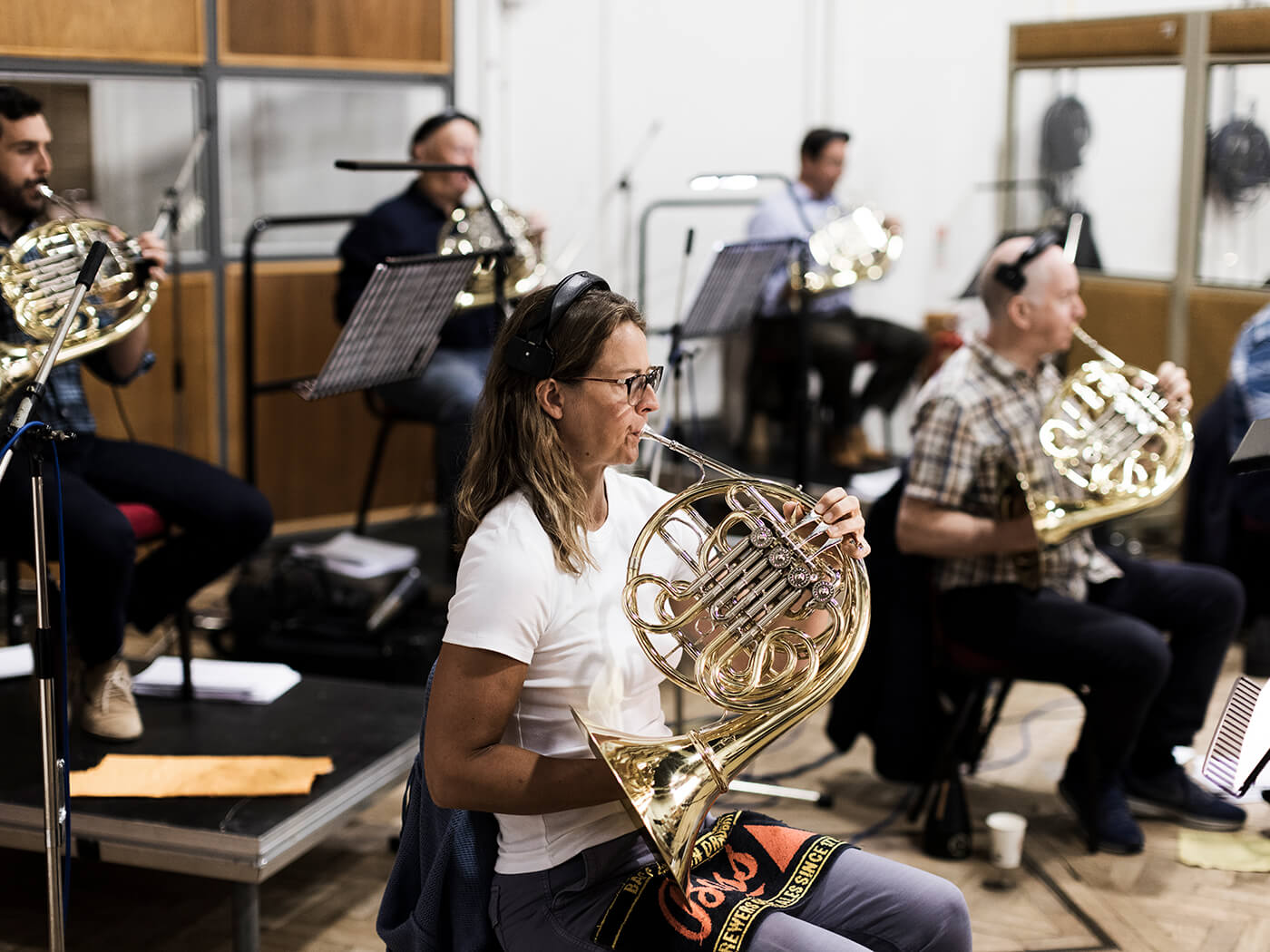 “The game has influences going right back to the early comics, and there are characters that you probably won’t have seen in the movies, but you may remember from the comics. So there was a lot of backstory to draw upon.”

Eidos-Montreal’s decision to offer fans a fresh take on the Guardians has opened new creative possibilities for the story’s narrative, including the creation of fictional rock band, Star-Lord. In this new telling, protagonist Peter Quill is the band’s number-one fan – going so far as to use their name as the inspiration for his superhero space-pirate identity. This little bit of in-game lore could easily have finished there, but instead the decision was made to go the extra mile and write, record and ultimately release an entire Star-Lord album to accompany the game.

Masterminded by Steve Szczepkowski, who pulled double duty as Star-Lord’s songwriter and lead singer, and as the game’s senior audio director, the fictional band even has their own 80s-inspired music video. Asked whether we’ll ever see a Star-Lord tour, Szczepkowski replies “That would be a dream come true! Can we open for Kiss or the Foo Fighters??? I’m a huge fan of both! Now I’m dreaming!”

That commitment to fleshing out the world of Marvel’s Guardians Of The Galaxy with musical details seems to be a hallmark of the game’s production. Not only is rock and pop a quintessential part of Peter Quill’s origin story, but it’s also baked into the DNA of the gameplay itself. Using the innovative ‘huddle’ mechanics, you can pick the perfect tune to get the gang amped for combat. Kicking ass to Mötley Crüe’s Kickstart My Heart or soaring across the battlefield to a-ha’s Take On Me is not only fun – it actually boosts the fighting abilities of Drax, Rocket, Groot and Gamora.

“I started to mess around with some combat footage, and I began dropping licensed music under it,” Szczepkowski recalls how the audio team arrived at the ultimate track-listing for the game. “The straight-out rock songs clicked with combat right away. Funny thing though, the songs that weren’t all out bangers; those that were more “pop and light” worked just as well, if not better!”

In the wrong hands, chopping between orchestral textures and 80s anthems could easily have been a jarring experience but Jacques and Szczepkowski took pains to ensure continuity. “One thing we did was to make sure we had seamless transitions,” the composer says. “For example, you might be in a cutscene, and a radio might be on in Peter Quill’s bedroom, then when we transition into the score I would match everything; same key, same tempo, and sometimes even a hint at the melody of the song that was previously playing.”

It’s a level of finesse and subtlety that feels a world away from what was possible back at the start of Jacques’ career. “The first game I released I programmed in Hex,” he recalls. “There was no digital audio, it was all FM and synthesized music and programmed MIDI.”

However, beyond all the improvements in audio quality, it’s the potential for musical interactivity and integration that Jacques views as the most significant developments in game music.

“I think gaming studios and publishers have really woken up to what you can do musically in a game,” he says. “Games are an interactive medium – what do we want the music to do in the game? How do we want it to react to what the player is doing?

“Interactive music and having audio middleware, such as Wwise from Audiokinetic and FMOD Studio, which are great tools for integrating music and sound into the game, have been real breakthroughs for composers and sound designers.”

So, with the biggest scoring project of his career now at the finish line, what’s next for the composer?

“Well, I won’t be starting my next project until the new year,” he says. “And it’ll probably be about four years until I’m able to tell you anything about it. Let’s just say it will probably be quite a departure from the kind of scores that I’ve done up until now.”

In the short term however, Jacques plans to take a breather, grab a controller, and play through the game he’s been working on these last few years. “I’m really looking forward to playing Guardians, because I’m a big fan,” he smiles. “So, I will have a couple of days off and allow myself to relax. There’s been a lot of long hard work put into this project, but it’s all been worth it.”

You can find the Marvel’s Guardians of the Galaxy original video game soundtrack on Apple Music, and also on vinyl. For more features, click here.