“Banging piano chords are awesome, but may leave no room for lyrics”: producer Lachi

An award-nominated artist, accomplished producer and a cappella extraordinaire, Lachi has amassed global attention with her inventive arrangements. 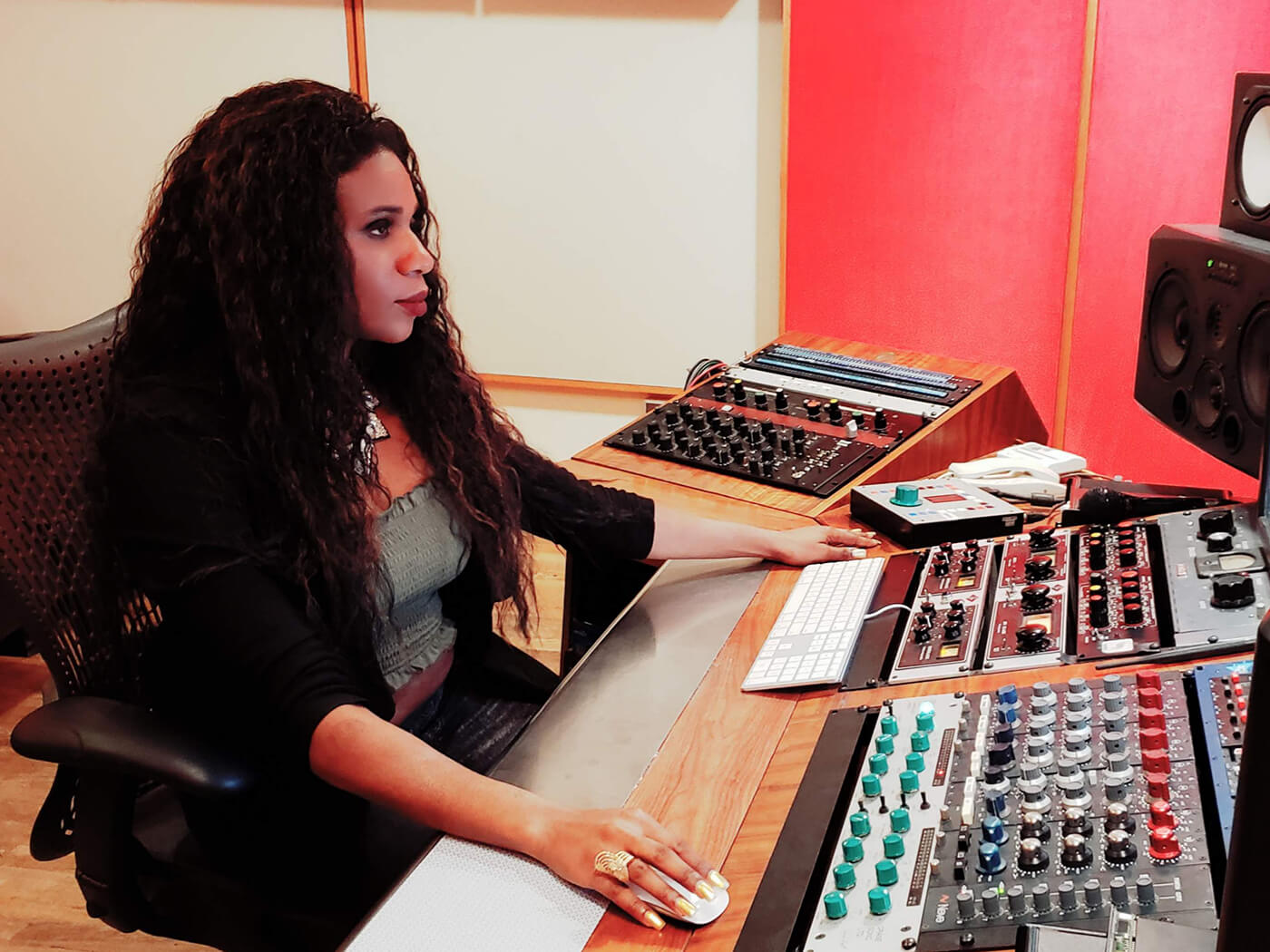 When Lachi thinks of her first musical experience, she remembers the Casio keyboard her mother gave her as a child. She remembers the feel of the keys beneath her fingers and the fascination that came when she discovered that three notes, played together, could make a sound unlike anything she’d heard before. While other kids were obsessed with their gaming consoles or the latest cartoons, Lachi became obsessed with harmony. Soon, she was given a Yamaha PSR400, and to this day, that very same keyboard sits in her home studio.

Known for her stellar a capella arrangements and collaborations with the likes of Snoop Dogg and Markus Schulz, Lachi has been nominated for The Independent Music Awards. Her cover of Lizzo’s Truth Hurts, was also voted into Best Top 5 Covers of Truth Hurts by Warner’s Cover Nation. “Once you’re in a capella, you always love the harmonies, and you love that whole life,” she says over the phone. As the founder of two acapella groups – one during her time studying music at UNC and one once she made the move to NYC – it’s a practice that has allowed her to stretch her creative muscles across multiple genres, spanning from dance to pop to hip hop.

Check out my #Acappella cover of Truth Hurts by Lizzo and leave love! 💖🙏🏽 Voted top 5 best Truth Hurts covers on Cover Nation ! 🔥 Wanna see more of these? And higher quality? Support my Patreon: www.patreon.com/lachi A cappella covers are my favorite thing to do (ask Cadence and Mezzo A Cappella) but since these don't bring bank my Publisher's like, yeah, that's all you. So I'd love your support to keep these going, because the world needs more Trap music a-cappella-fied! 💖Leave love below or on Youtube (www.youtube.com/watch?v=yeSsp-6y0_M)

As a producer, she focuses mainly on vocal production. She explains that once a vocalist comes to her to perform a song she wrote, she would be actively producing their vocals as they were recording them. “I’m really well acquainted with vocals, vocal harmony, and vocal timbre. It ties right in with a capella because I’m used to singing the drums or singing the guitar parts,” she says. “I have a Neumann TLM 103 and an AT2020. Audio-Technica is great for quality per value, and sturdiness. I’ve recorded some of my most notable work on my A-T. Neumann’s are hands-down worth the price. That warm but sharp radio-quality standard, basically that expensive sound, that’s a Neumann.”

While Lachi recognises that finding harmonies is a skill that takes a ton of practice, she does offer a quick trick for pop-orientated vocals. “You can fatten up a lead vocal by adding an octave,” she says, adding that it’s essential to double them too even if you have a single lead vocal. “Surround the vocal on both sides with the harmony to create a fuller sound. Doubling a lead, left/right recording the lead vocal in addition to the centered lead is a smart move, especially during a chorus or build up.”

As for writing her own toplines, Lachi says she’s all about intricate vocals and an immersive storyline. “I recognise that in songwriting, you have your story but I believe the toplines need to have a story in and of itself,” she says. “You have the verse, then the build-up, and the chorus that kind of explodes it, then the drop that reinforces it; the journey that you’re going on answers the questions that were asked in the first verse.”

“Banging piano chords and whooing vocal samples are awesome, but may leave no room for lyrics.”

While not every song is created the same way, Lachi does stress the importance of producers recognising song forms that work with toplines. “If your song form is so atypical that a writer can’t build a relatable topline, you may be shooting yourself in the foot. You can be atypical while still riding a standard song form. It is also essential to allow healthy space for the vocals, especially in the verse. Hard banging piano chords and whooing vocal samples are awesome, but may leave no room for lyrics people want to hear and relate to. As well, your synth or instrument lead will have plenty of time to take up the drop, so let the lead grow slowly to dance with the vocal during the rise. The listener will be more excited when they hear it in the drop, not realising you were ear-worming them into it.” 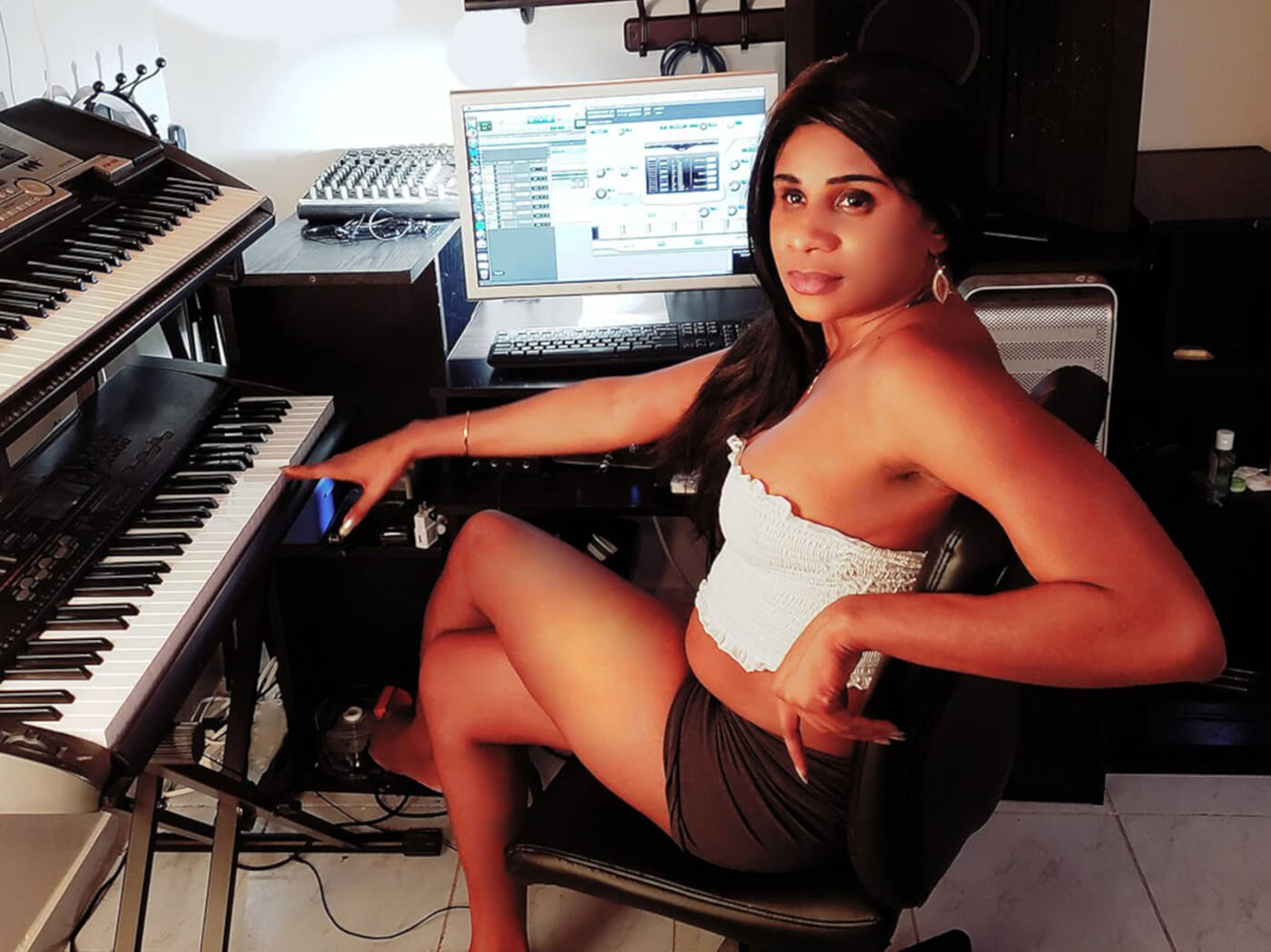 Working mostly from her basement home studio in the middle of Manhattan, surrounded by her instruments and Pioneer DJ mixer, Lachi favours Pro Tools and points out her “adorable” Sterling MX speakers. “I also have this ginormous iMac, because I’m legally blind. I have to really zoom things all the time,” she says. “I’m always like two inches from the screen, and people are just sitting there, like, how is she doing this?”

“I want people to start seeing bad-ass mofos running around that happen to have a disability.”

Lachi prides herself on being a legally blind inclusion advocate and on September 14, will be taking part in the first-ever event focusing on Music and Disability Awareness from the Women in Music (WIM) organisation, an initiative Lachi is helping to launch.

On September 17, she will be part of the ADAM Audio Women In Music live stream series, discussing how to navigate the music industry as a female. “A lot of these mainstream events are trying to be more diverse and include more people of colour and more people with varying genders and sexual and religious preferences. I started to figure out that not a lot of people were including disability when they speak about diversity,” she says. “What we’re trying to do is to open their eyes to this concept of disability being a diversity, as opposed to being a taboo or being a stigma.”

She explains that one in four Americans identify as a person with a disability. “That’s about 61 million Americans, while only 2% are represented in entertainment, and even fewer are people of colour. I have been taking it upon myself to make sure everyone hears that. I am a person with a disability, and I have to struggle super hard to get to where I am. And I don’t think that the next generation should struggle as hard as I had to. So I’m letting you know about the great people that you can help bring to the forefront if you only acknowledge them and give them some of the tools that they need to get.”

And as if September wasn’t already packed enough, Lachi is gearing up to release her next single on September 15: an a cappella arrangement of Lil Wayne’s Genius remix, originally by super-group LSD, aka Sia, Diplo and Labrinth. Arranging all the parts herself and collaborating with her New York a cappella group Mezzo, Lachi mashed up the song with Beethoven’s fifth symphony. “Sia is one of my biggest influences in songwriting and Beethoven was just a huge influence in my life considering the fact that my mom kept buying me keyboards and forcing classical music down my throat,” she says, laughing.

The song is being pitched for Grammy consideration in the a cappella arrangement category, which Lachi says is an exciting prospect during an extremely stressful year. “It’s been a rough time for everyone,” she says. “I’m amazed at people who are still making art and putting out songs, so kudos to anyone doing that right now!”

Lachi will be taking part in the ADAM Audio Women In Music: Start To Finish series on 17th September, get more info and attend here.

To stay up to date with Lachi, visit lachimusic.com.