Plugins I Actually Use: Mona Yim

The electronic producer behind remixes for Glass Animals, DJ Seinfeld and Model Man shares the secret weapons used on her debut EP, Gotta Do This Gurl.

Berlin-based Mona Yim needs to be on your radar. Rising up through ADAM Audio’s ambassador programme, the electronic producer has been teasing snippets of her laidback and melodic productions on social media for the last couple of years and released her debut EP, Gotta Do This, Gurl in July 2022. Plus, she’s dropped smooth remixes for Glass Animals, DJ Seinfeld and Model Man, with plenty more in the pipeline.

With a string of shows on the way at Printworks, London, and Velodrome, Berlin, we head to her studio to learn more about her creative flow. She reveals which plugin she uses to help chop up vocals, what synth she uses on every track, and which one-knob wonder is her not-so-guilty pleasure.

Hey Mona! Congrats on Gotta Do This, Gurl. How does it feel to get your music out there?

Thank you so much! It feels amazing to finally release my music into the world. I’ve been making music my whole life, basically. For the last couple of years, I’ve been writing and creating so much, some of it for others, some parts were working on my own project – so it’s been a long way coming for sure.

I’ve only just started releasing the first songs as Mona Yim but it feels like finally everything is falling into place and I’m excited to share more!

You’ve had several remixes out since the EP. What’s your general approach to remixing?

I love remixing and feel like it’s such a great way to tell a story as a producer apart from releasing original music and collaborating with others. For me, it’s important to find a balance between keeping the message and mood of the original while trying to bring my own style into the mix.

The first step for me is to listen to the original track a couple of times to capture the essence of the song. Then, I start listening to the single stems, picking parts and melodies I would like to use. After that, I start a creative session trying things out until I feel like I came up with an idea that I would like to finalise. 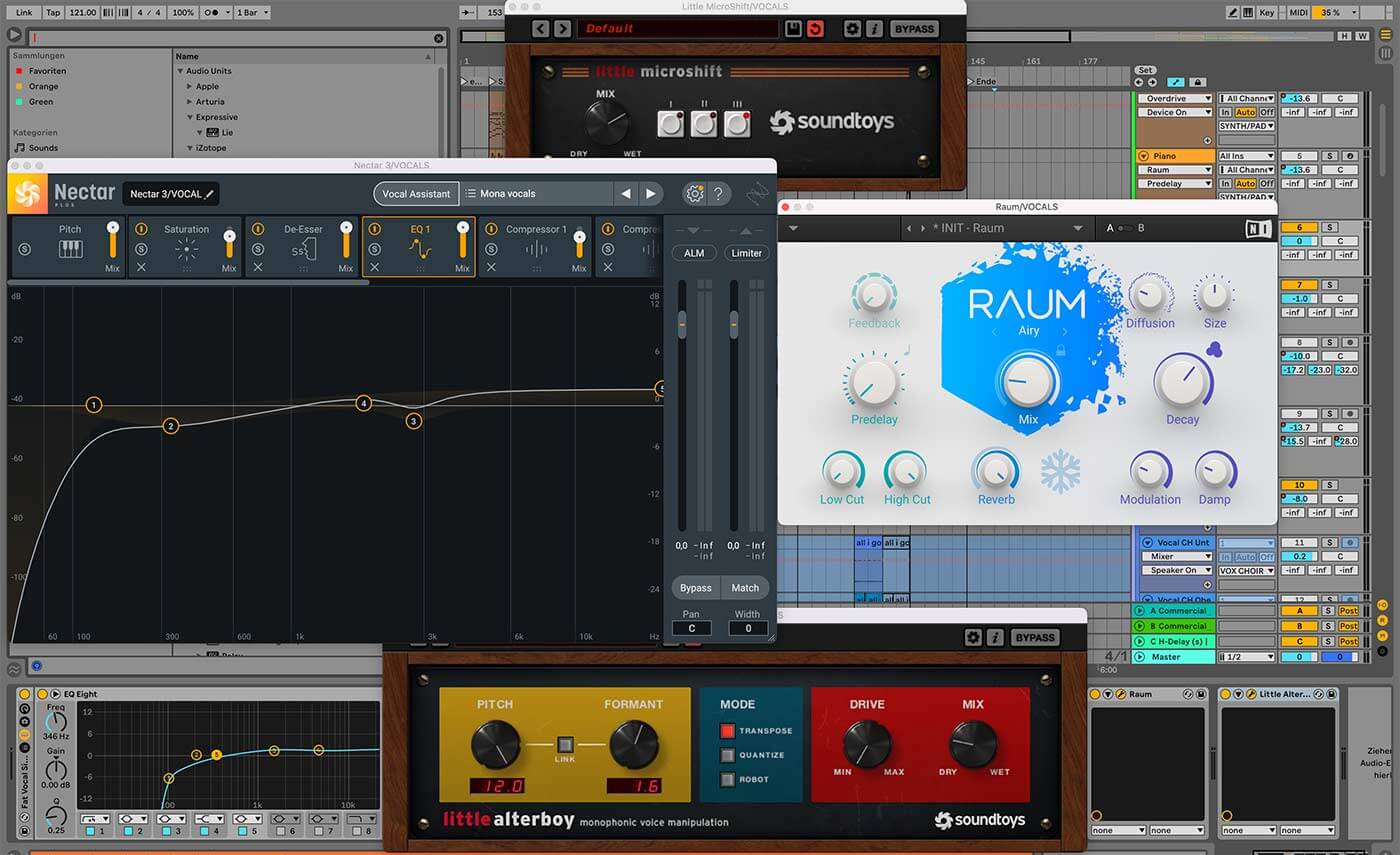 How has being an ADAM Audio ambassador helped you?

I’m so grateful I get to work with ADAM Audio – it has been such an amazing journey.

I met the whole team at a songwriter camp in Vienna in 2020 and we’ve become good friends since then. My productions are so much better since I started working with the ADAM S2V speakers. But besides that, the team I get to work with has been so welcoming and open. They introduced me to some of the most amazing people in the industry and we always keep in touch. It feels like a little nerdy family with them

My latest plugin purchase was RAUM by Native Instruments. It’s an amazing reverb plugin and I just love the textures you can create with it. 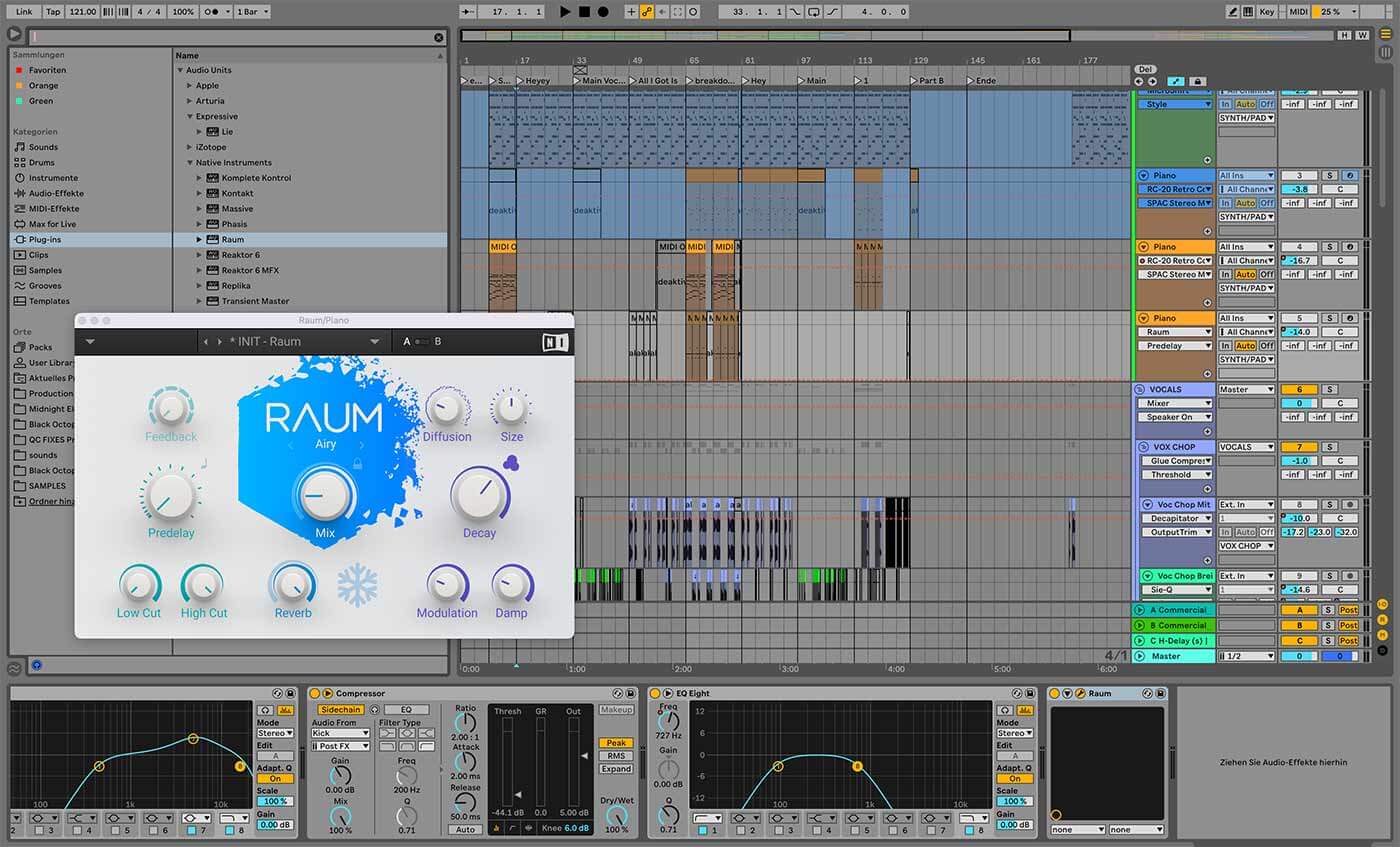 At the moment, Diva by u-he. It’s not low-cost but I love the sonic aesthetic of it and use it in almost every project. 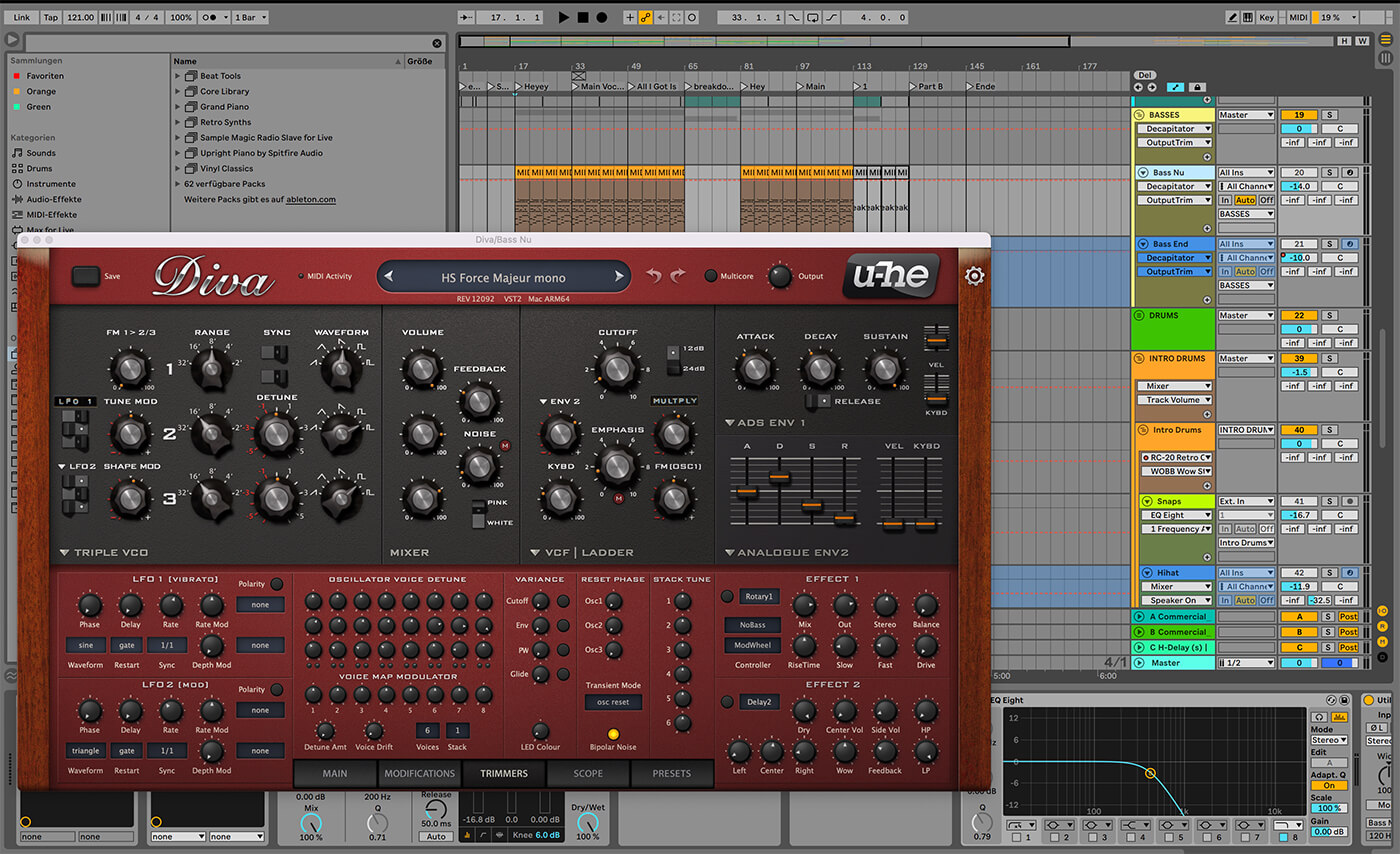 The most expensive one was probably Revoice Pro. It’s a very powerful and quick tool to create vocal dubs and harmonies without having to chop them up by hand, especially when you look for a clean and full vocal production. It saves a lot of time and energy if used in the right way. It was absolutely worth it.

The EQs in Ableton Live – I’m just really familiar with them. I generally don’t buy a lot of plugins. Instead, I try to make use of the ones I already have and try to figure them out. You don’t need a lot of stuff to make good music. 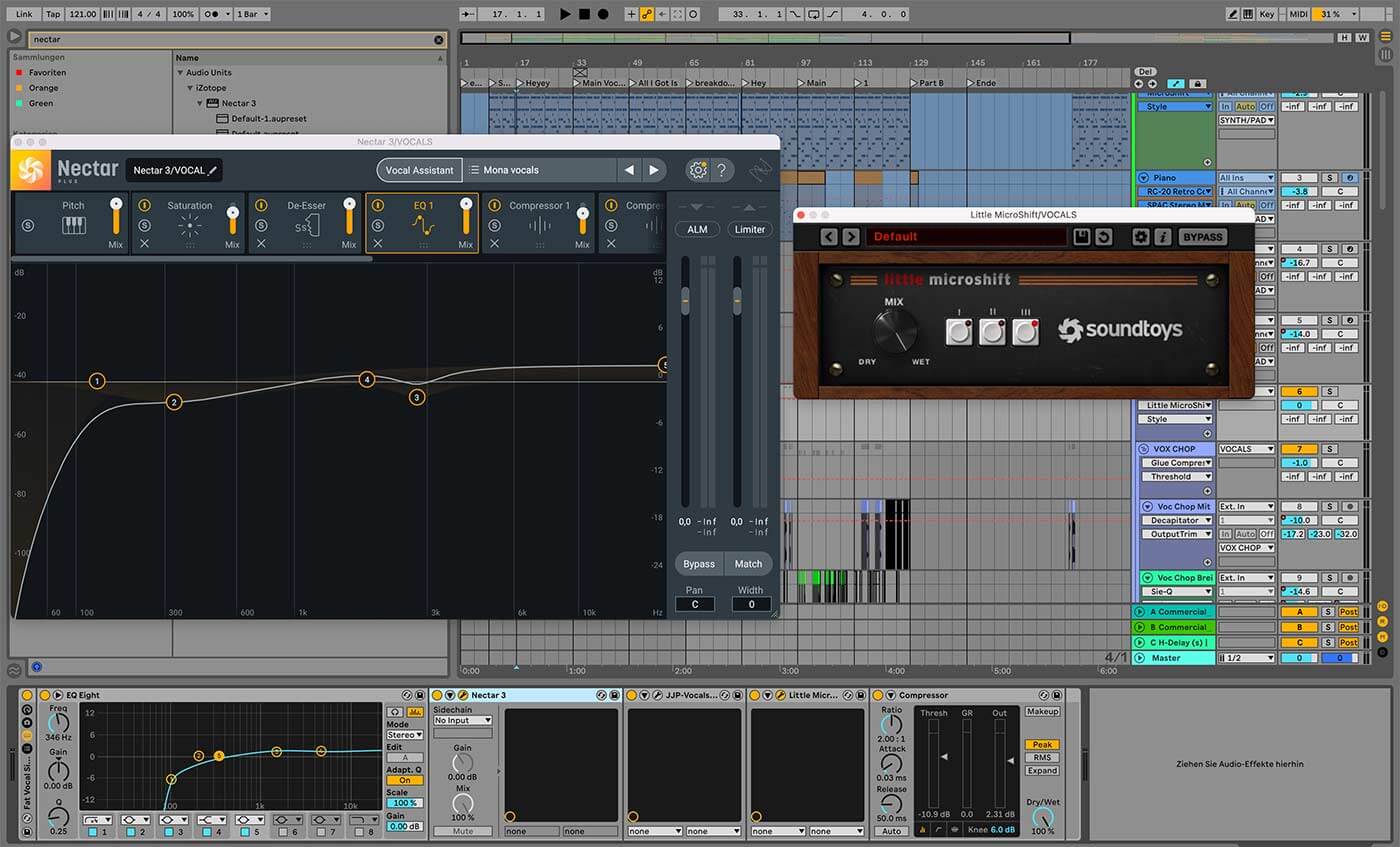 What plugin would Gotta Do This, Gurl be incomplete without?

I have to name three. What carries the track, besides the vocals, are the piano and synth sounds I created in Diva and with Arturia’s Wurlitzer emulation, Wurli V. Another plugin I used for this and most of my recent productions is Expressive E’s Lié, in combination with its MPE controller called Touche. I’m currently working with Expressive E – you should check it out! 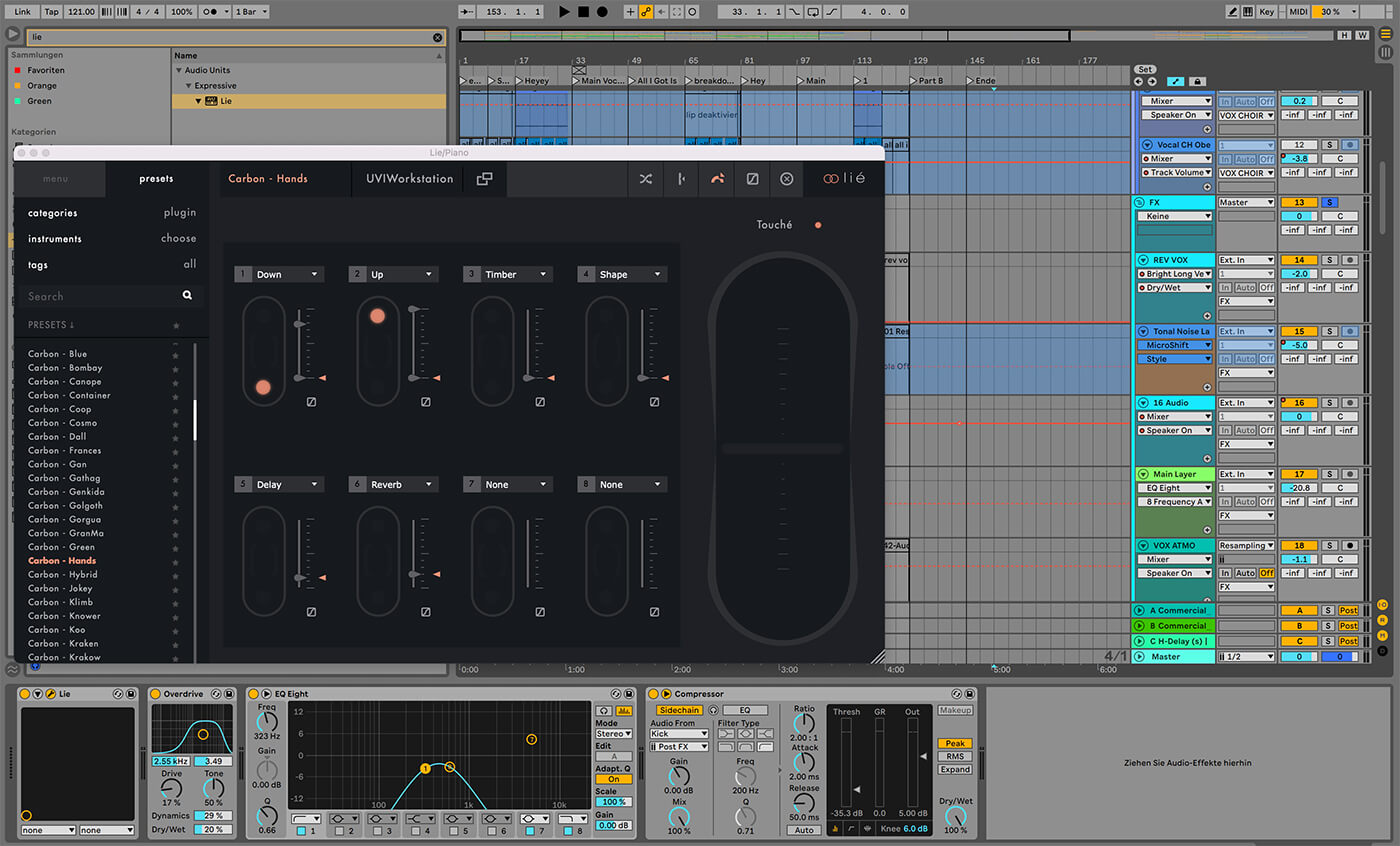 The chopped-up vocal really brings the track together. How do you usually manipulate vocals?

It’s my own vocals with my good friend and amazing singer Lucy Dye’s. We wrote the vocal for the track together and I chopped it up afterwards. I love to work with all the Soundtoys plugins for manipulating vocals. My secret weapon for a crisp vocal sound is Nectar 3 by iZotope.

Ableton Push is a key component of your workflow. How does it help you produce and perform?

I love to use it in the studio as well as for live sets. I come from a background of playing the violin, but I’m not the most amazing piano player. I do love to have the feeling of using an actual instrument while writing music, though, and Ableton Push is really amazing for that. It’s very easy to use and gives you a lot of options to spice your creative process up a little bit. 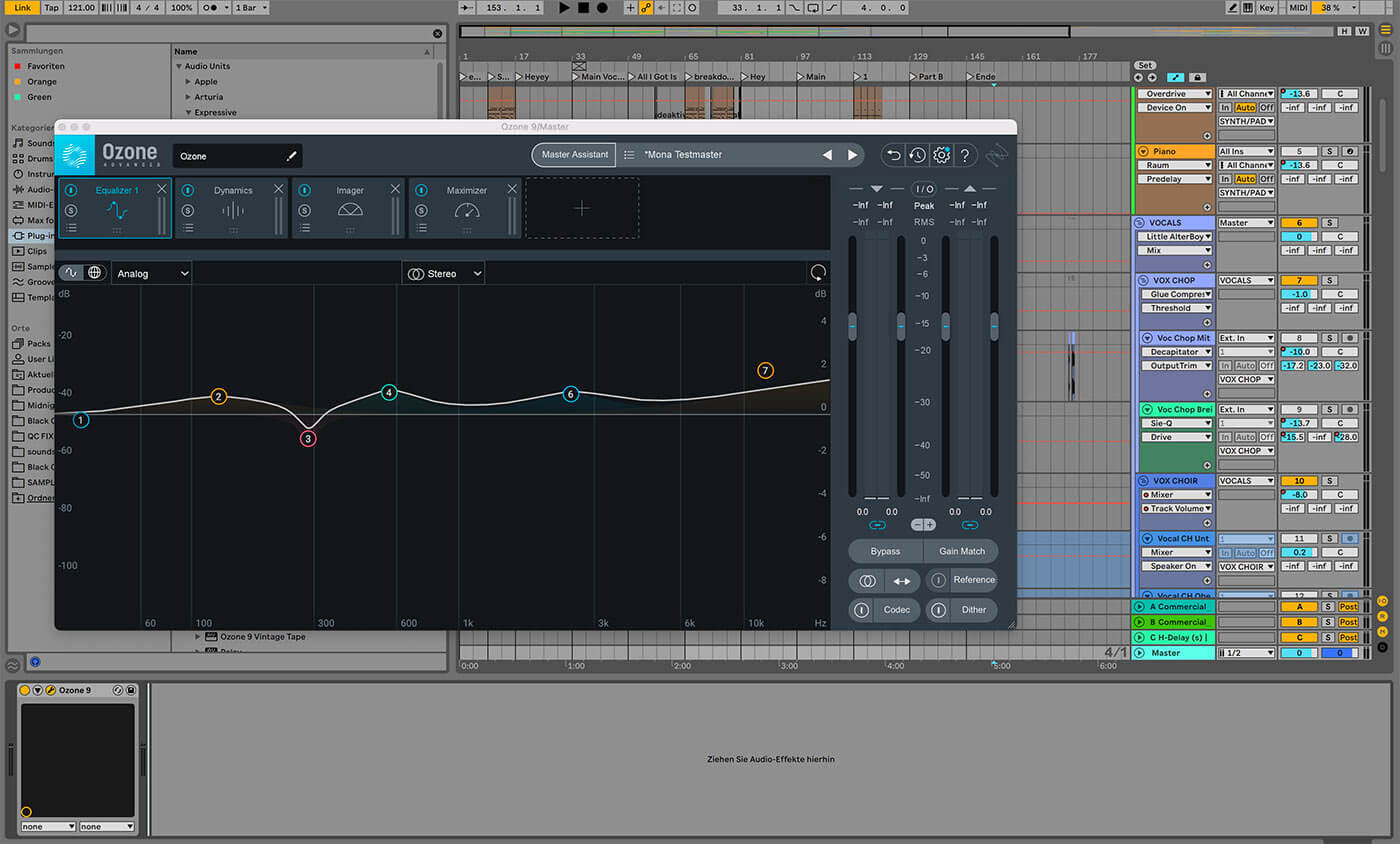 It’s definitely Dada Life’s Endless Smile. It’s basically a one-knob all-in-one riser filter that is amazing for build ups and transitions (if you don’t overdo it, [laughs]). I wouldn’t call it a guilty pleasure though; I love simple tools that make the creative process easier and quicker.

I just love working with samples. It might be my vocals, something I recorded or even something I found on Splice. I love the process of chopping them up and creating new melodies and textures without having a real plan where it should go.

Sometimes, you come up with the most amazing ideas without thinking about whether it’s the right or wrong way to do it. The same goes for using presets. I enjoy sound design but, when I’m in the creative zone, I love to go with the flow and not think too much about technical stuff.

You’ve got a show at Printworks coming up soon. What else is on the horizon for 2022?

I have some more releases prepared and am constantly working on new music. In October, I will be joining Ben Böhmer at his shows at O2 Academy Brixton in London and Velodrome (UFO) in Berlin. I’ll be playing a few other shows that I’m super excited to announce soon.

I’m beyond grateful to be in the position I am right now – creating art, being able to work with a talented team and connect with amazing people through playing out live and releasing music!

Thank you so much for having me – this was so much fun!

Mona Yim Gotta Do This, Gurl is out now.